When Terry Breaux rode naked across Seattle’s Aurora Bridge in 2000, it was his cheeky way of saying he was “leaving it all behind.”

The architect-turned-product designer then pedaled off into a three-year journey around the world. When he returned, he settled into his new job designing MSR tents. Today, the simple shapes and precise detailing of our high-performance shelters reflect Terry’s life experiences and the values he gained along the way.

His story begins in Southwest Louisiana.

The Louisiana wilderness held vast adventure possibilities for young Terry. On Friday nights, he’d pack a flat-bottom boat and navigate a twisting network of rivers and swamps, camping under the stars along their shores.

His family owned a shipyard and early on Terry learned to admire a ship’s simple, precise design. “Ship design is governed by the laws of nature,” he says. “So you must work within these strict rules, yet still create something elegant.”

He grew up tinkering and building his own gear for fishing, camping and bike riding. “That was the culture of Southwest Louisiana,” he says. “The oil fields produced smart people willing to tinker and build stuff.”

When he needed materials, the shipyard provided a trove of scrap metal and wood. “Even when I was young, building something as simple and elegant as possible was the goal,” he says.

When college time came, Terry formalized these passions by pursing a degree in design. 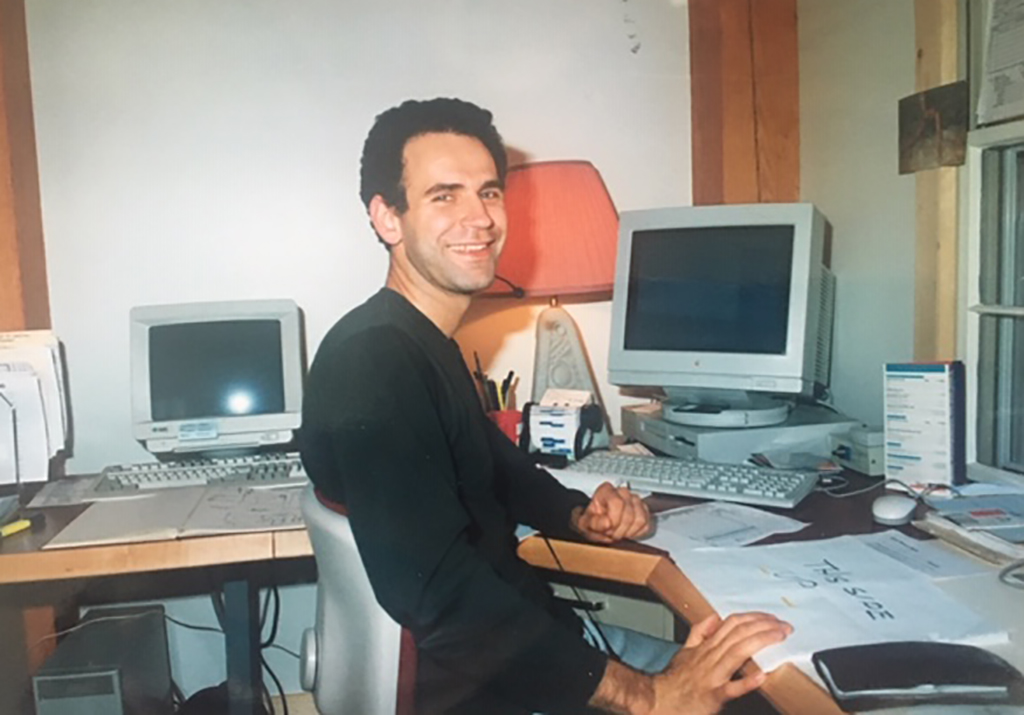 More accurately, Terry enrolled in architecture at the University of Louisiana at Lafayette. “That gave me a lot of possibilities,” he says. “With a design education, you could design a teapot or a skyscraper and everything in between.”

His tinkering tendencies kept him on the design side rather than studying math-driven engineering.

“With engineering, your goal is to create something that functions,” he says. “On the design side, you’re trying to make something simple and elegant.”

Attending college in the ‘80s also instilled in Terry a responsibility to society. “As architects, we were supposed to encourage clients to build something safe, durable and in a way that conserves natural resources,” he says. He brought these philosophies to MSR when he joined the team years later.

Three years into college, Terry took a two-year hiatus and followed a professor to Moss Tents, the legendary pioneer of dome backpacking tents.

“They were doing things with fabric that no one else was. They were an incredibly creative group,” Terry says.

Founded in the 70s during backpacking’s golden era, Moss created efficient, beautiful, lightweight and packable tent designs. “Exactly what all others were not,” Terry says. “They had the best quality and manufacturing.”

Traditional tents were cotton A-frames with wood or fiberglass poles. “Everything was very straight,” Terry says. In contrast, Moss introduced dome architectures that brought elegance and precision detailing to adventurers.

“Working for Moss solidified my love for simplicity,” Terry says. It also taught him how to translate those elements to an entire product line through quality manufacturing.

“We believed the details equaled the whole. This was rooted in our pride of ownership.”

After he graduated college, Terry returned to Moss for two more years. During that time, in 1994, REI purchased Moss. “They left us pretty much alone,” Terry says. The tents continued to be handmade in the U.S.

A year before the rebrand however, Terry Breaux decided global exploration was calling. He quit his job at REI, donned his birthday suit, and pedaled across the Aurora Bridge, out into the world. 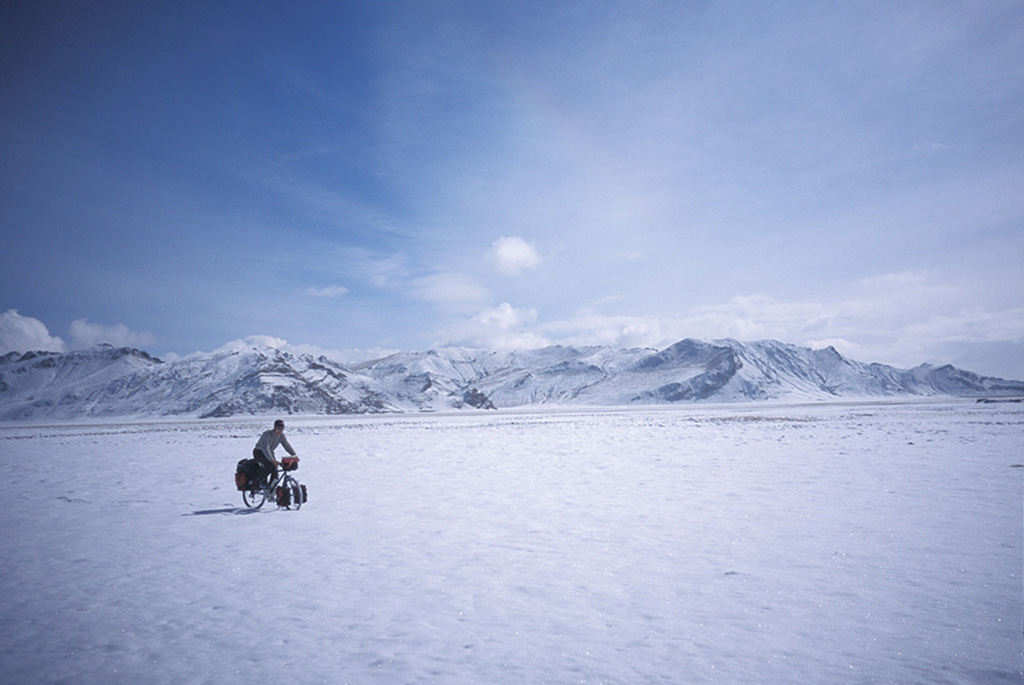 Like most characters at MSR, Terry Breaux entertains a rebellious streak. As he cycled from Wales to Southeast Asia, he enjoyed colorful interactions with authorities along the way.

Moreover, he’d never bikepacked before. “I approached it like an education,” he says. “I knew I’d learn as I went. It would be challenging physically and mentally, but I would progress.”

He cycled solo the first year, pedaling through Wales, the UK, Iceland, Scandinavia, Spain and Morocco. In Turkey, he met a Swedish American and together they continued on through Pakistan, India, Nepal, Tibet, China, Mongolia, finishing in Beijing.

“The trip taught me the power of having confidence in yourself and holding your ground,” Terry recalls. “Like the time I talked my way across a border without paying the bribe.”

He added this bold, calculated risk-taking to his repertoire of design philosophies.

“If you’re not taking risks, you’re just reproducing and repeating what others have done,” says Terry. “You must take risks in order to meet adventurers’ needs. They don’t always know what to ask for. By the time they’re asking for it, you’re already left behind.”

Terry came to work for MSR in 2006. He liked MSR’s culture of risk-taking, uncompromising quality and its engineering excellence.

“The brand isn’t driven solely by the financial bottom line,” he says. “We strive to put out timeless gear. We’re willing to take risks.” 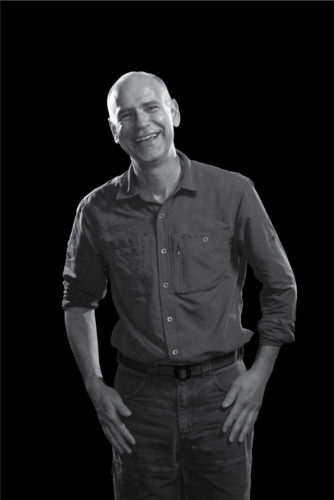 “MSR is the perfect platform for leading-edge technologies because we know how to test and apply them,” he says. MSR’s team of engineers and scientists have the tools and deep expertise to rigorously test applications for real-world scenarios.

So, of his many designs, which is Terry’s favorite tent? Perhaps it’s the Hubba Hubba, our worldwide best-seller. Or maybe the Carbon Reflex, our featherweight cult-classic among fastpackers. Or, the Access winter tent, the first-ever designed specifically for backcountry skiers.

No. Instead, he likes to quote the famous architect Frank Lloyd Wright: “My favorite tent is my next one!”

“You’re always learning,” he says. “You get a big thrill from solving your next problem. You’re excited to see the customer excited.”

Now a legend responsible for shaping outdoor life on everything from expeditions to everyday adventures, Terry intends to keep MSR the leader tent technology and design.