More so than any other part of a snowshoe, the crampon must offer rock-solid durability. As the central point of traction between you and the snowy slope beneath you, the crampon is not just critical to your safety, it also takes the brunt of abuse—from ice, rock and collisions with other gear. To ensure that MSR crampons withstand these challenges with ultimate reliability, we build them of martensitic steel. Here’s a look at the properties of this material and how we make our hardwearing crampons in-house. 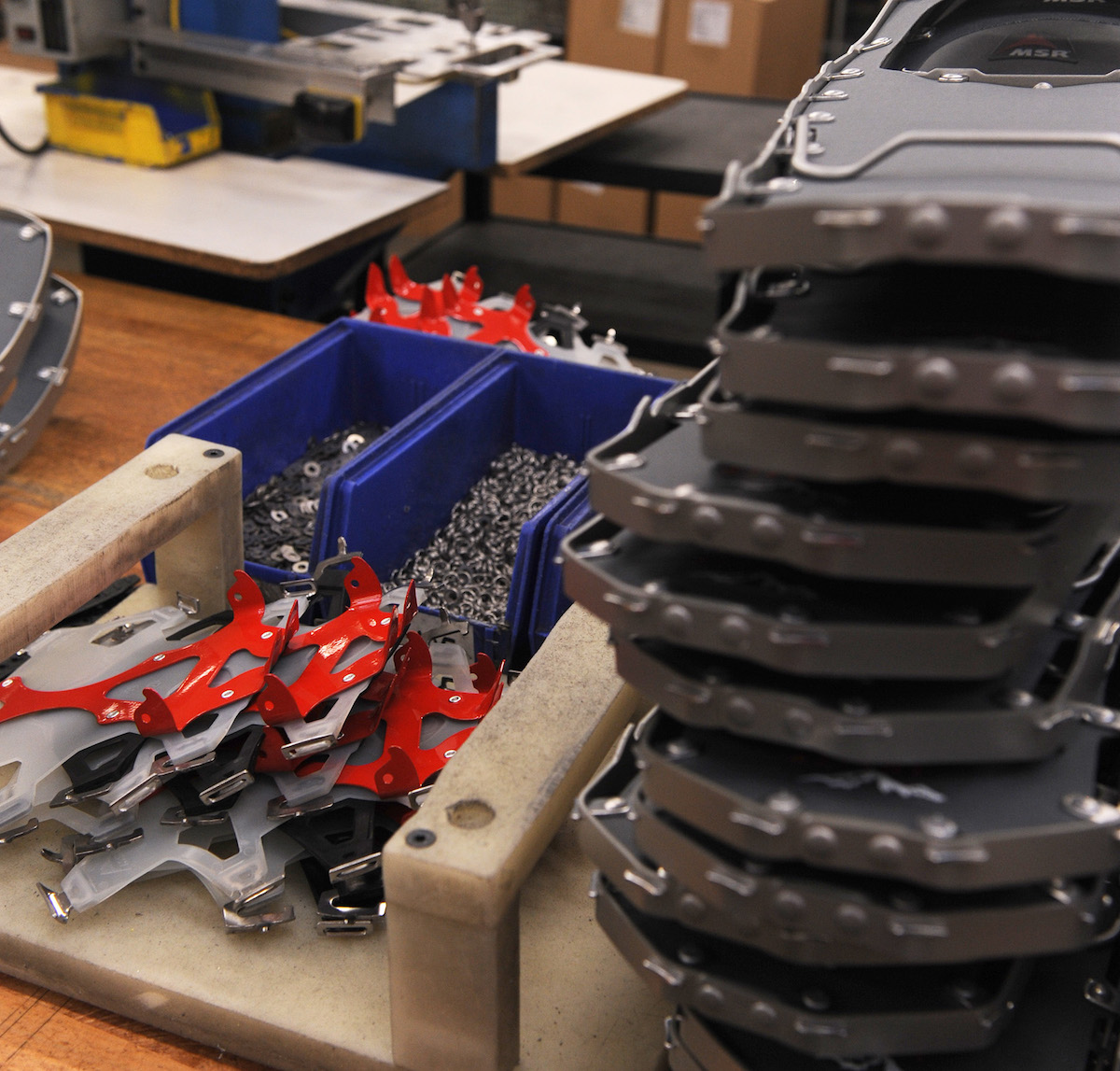 What is martensitic steel?

Martensite is a class of very hard carbon steel that gains its strength through its rapid cooling process. It starts out as a solid carbon and iron crystalline structure. When heated to 1250 degrees and then forced to cool rapidly, its carbon atoms become trapped inside the iron atoms. This changes the shape of its crystals, greatly increasing the steel’s strength and rigidity.

Martensite’s hardness makes it a popular steel when resistance to abrasion, high stress and deformation is crucial, such as in tools and machine parts.

Why it’s great for snowshoe crampons

Not only is martensite hard—resisting scraping, bending, denting and dulling as you snowshoe over the course of many seasons—but it’s also light in relation to its strength. “Remember, the crampon of snowshoe is only one small part of its assembly,” says Anthony Gervais, design engineer for MSR. “So the lighter it is the better. Martensite’s strength-to-weight ratio makes it great for crampons that will be subjected to harsh environments.” 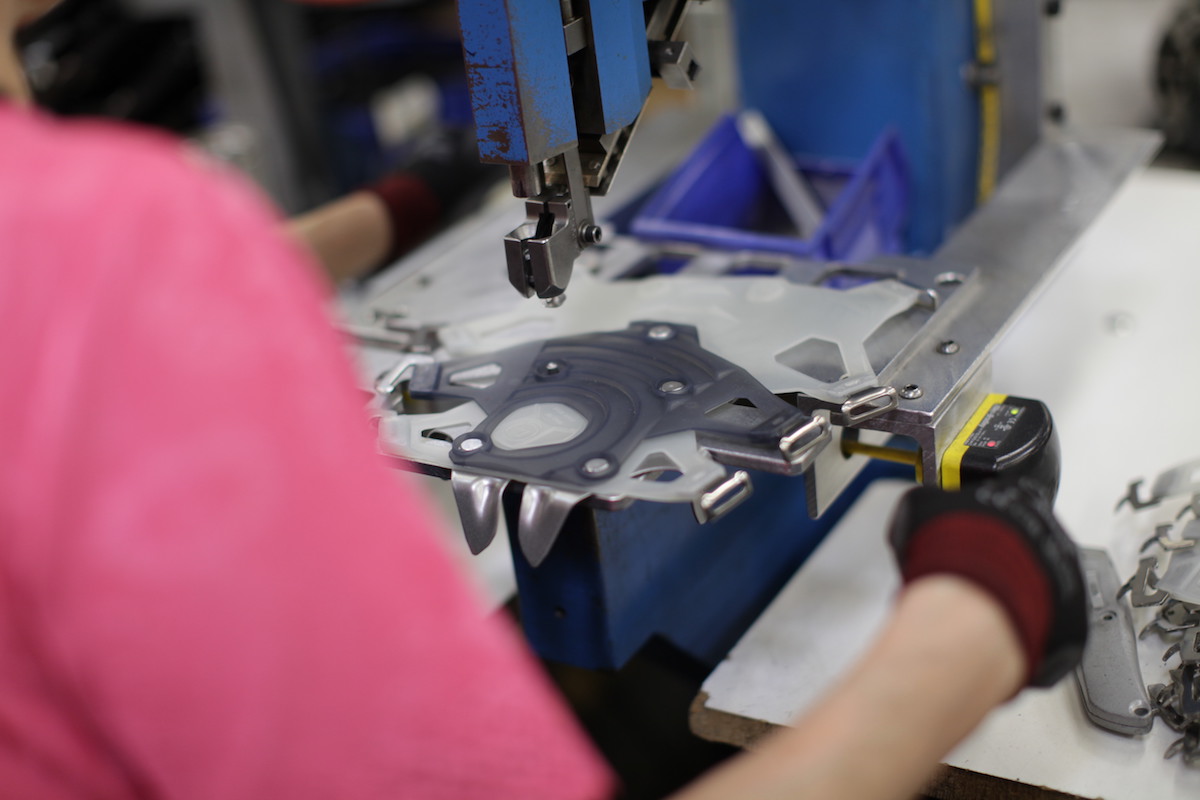 The crampons on all MSR snowshoes are made of martensitic steel. In addition, we make the traction rails of our Revo and Evo series snowshoes out of this material. These components are engineered and manufactured right here at our Seattle headquarters. The crampons and traction rails are precision-cut on a large laser cutter. Then, the crampons are formed by a programmable bending machine that configures the steel into the final crampon shape, ready to be mounted to the rest of the snowshoe.

Choosing the right materials for a product is absolutely critical to its performance and durability and it’s a job that our product developers spend a great deal of time and energy on. That’s why, from their lightweight decks to their freeze-resistant bindings and rock-solid crampons, MSR snowshoes are made to deliver the safety, reliability and efficiency you require in the winter backcountry.