For some, winter adventures in the backcountry mean snow camping—for others, backcountry skiing. Whether you see yourself building a snow shelter or checking snow conditions this season, you’ll need snow tools you can rely on to deliver unmatched performance in the field. Developing gear that’s safer and easier to use is something MSR has been doing for more than five decades, and it’s a focus that has led to innovations in snow tools, including the snow saw. But first, a little history…

The innovation started soon after the founding of MSR, with the introduction of the MSR Igloo Tool. First offered through founder Larry Penberthy’s Mountain Safety Research newsletter in November 1969, the tool provided alpinists and expedition travelers with a safer alternative to the machetes and big power-hacksaw blades they had been using to cut snow blocks for igloos. The Igloo Tool featured a springy aluminum blade with a wavy edge and blunt teeth for cutting blocks in soft and hard snow. Originally 24 inches in length with a lacquered wooden handle and weighing 7 oz, the Igloo Tool was safe enough to carry without a scabbard. In an emergency, it could be used to cut wood.

Since snow is a great insulator, igloos and other shelters made from snow offer warmer windproof protection than most tents. The 1969 newsletter entry for the Igloo Tool described some of the benefits of igloo camping: “In stormy, cold weather, an igloo is warmer, quieter, more restful, and more durable than a tent. Expeditions now often carry only one or two tents for emergency, and rely on igloos for general shelter.”

Beyond offering a waterproof, soundproof and windproof shelter, igloos could also offer surprising livability features, as illustrated by this suggestion in the November 1969 newsletter: “Windows may be made, if you want to be very fancy, by placing sheets of clear lake ice in your walls.”

Additional instructions and a diagram for the Igloo Tool were added just a few months later in the February 1970 newsletter to explain how to use the tool efficiently.

The newsletter also provided instructions for building different kinds of snow shelters, such as the three-block long-house shown below—a fast-setup single shelter that let you stretch out and sit up, because “being cramped in a snow house which is too small is no fun.”

The Igloo Tool underwent some minor material and design changes over the years, but its legacy—our new Basecamp™ Snow Shelter Saw—looks very different from the earliest MSR tool for cutting snow blocks.

In 2014, we decided to create a new saw for building snow shelters and wind barricades, which would enhance our snow tools offering. The Basecamp Saw, like the Igloo Tool, was a challenge-based innovation that developed in answer to the question: what about saws could be better? Four decades ago, the MSR Igloo Tool had provided customers with a far safer tool than what people had been using in the 1960s. For the Basecamp Saw, we wanted to create an extremely efficient and easy-to-use tool for cutting big snow blocks, as well as a very packable tool for taking into the backcountry.

We started out testing different designs, tooth types and cutting paths—from our research and experimentation evolved the Basecamp saw. The 65-cm, rigid curved 7075 aluminum blade has laser-cut, two-dimensional teeth (each tooth is really two teeth) designed for ripping snow and ice in both directions, and for making every part of the stroke—pushing and pulling—into a positive cut. Voids between the teeth collect and shed snow and debris to help clear the cutting path.

The saw is comfortable to use and easy to carry. Gone are the days of strapping your Igloo Tool to the outside of a pack; the lightweight and compact Basecamp saw folds to half its size (the same length as a collapsed probe set) to fit inside your pack. It’s convenient to take on your Denali or Rainier expedition to build windbreaks for your tent. Of course, you can always build that igloo, too—just for fun.

Along with the Basecamp saw, we also created the Beta™ Snow Science Saw, a professional tool for patrollers, guides and serious recreationists. Designed for snow analysis, the ultra-packable, one-piece saw is small enough to fit in a backcountry pack. It features a slim, stainless steel blade laser-etched with snow science detailing, including 1 mm and 3 mm crystal grids and a 30 cm indicator for identifying the ideal snow column width. The flat blade combines an aggressive tooth design for cutting through snow and wood. 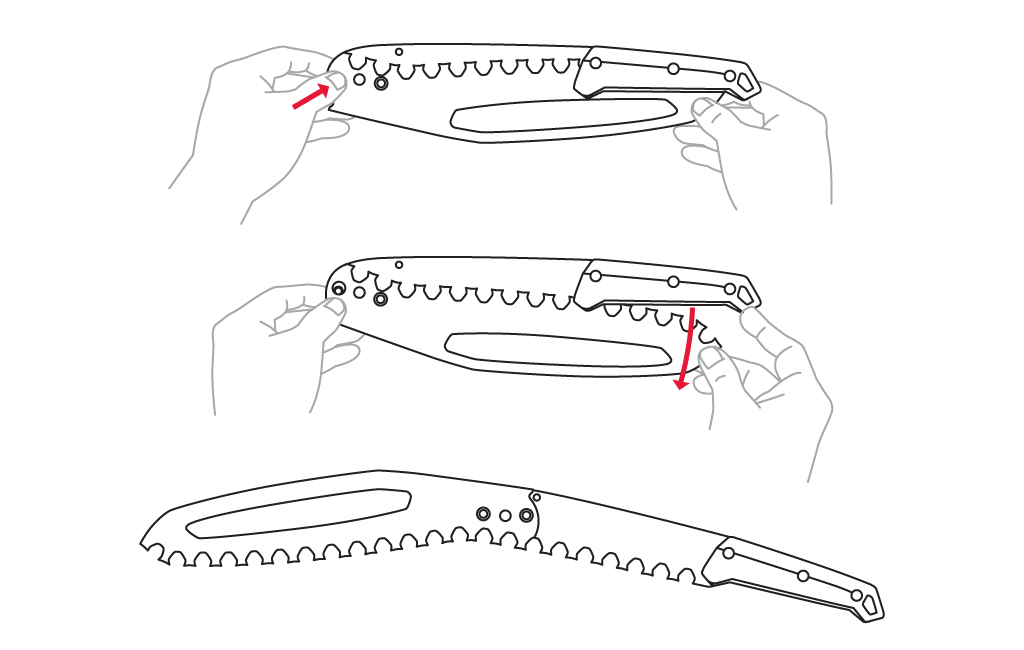 With these saws, MSR continues its legacy of researching, developing and testing products to ensure the safest, most efficient and best-performing gear in the field. To learn more about our snow tools, take a behind-the-scenes look at some of our practice use testing, learn how to use them, or go deeper into the design technology of MSR saws. 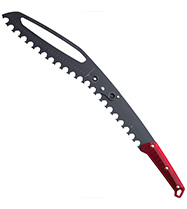 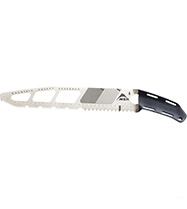 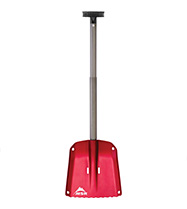