If you’re in the market for a new backpacking stove, you might consider factors such as packability, weight, boil time and versatility as you decide between canister stoves or liquid fuel stoves. But, if reducing your impact and selecting an eco-friendly camp stove also play into your gear-buying decisions, the choice is clear.

Liquid fuel camp stoves (often called white gas backpacking stoves), like MSR’s Dragonfly and WhisperLite stoves, beat out canister stoves as the eco-friendlier fuel source for one key reason: Liquid fuel bottles are reusable. Instead of throwing away empty metal canisters (or recycling MSR’s IsoPro canisters) after a backpacking trip, you can simply refill a liquid fuel bottle for your next trip.

By reusing that same bottle time and time again, you maximize the value and life of that bottle as a resource, and eliminate all that empty canister waste.

Wasting less allows us to consume less. By topping off your liquid fuel bottle before each trip, you’ll make use of any fuel left over from your last adventure. Because of this, you likely won’t need to purchase new fuel as often. In contrast, leftover half-used isobutane canisters can pile up in our gear bin. If you wish to start your next trip with a full canister, you must purchase a brand-new one. After your trip, that half-used canister might also be tossed onto the pile.

Of course, canister stoves do offer important advantages in the outdoors—they’re light, compact and maintenance-free. Liquid fuel stoves, including multi-fuel camp stoves, generally weigh a bit more than their canister counterparts, but they offer superior cooking versatility and cold-weather performance. And those few extra grams may be worth it to you when you think of all the waste you’re reducing. 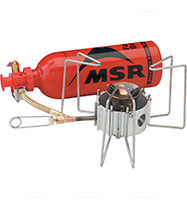 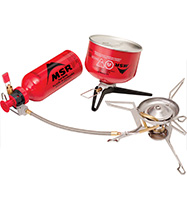 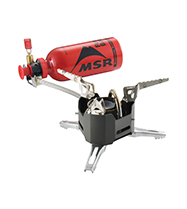 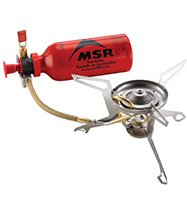