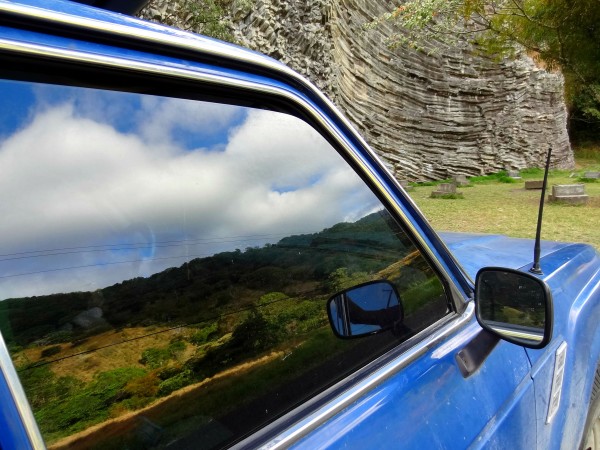 Story and Photos by Carson Bowlin

Story telling is deeply woven into the culture of climbing. Every crag has a first, followed by tales of triumphs and innumerable defeats. Traveling with climbing gear allows one to glean these stories, obtaining a key to communities that may otherwise be difficult to access.

With surf-softened hands we arrived in Panama. Hard-earned callouses were on their last legs but our resolve was strong to get back on the rock. Two months and over a thousand miles prior, we had received beta in the form of a cellphone photo about a unique rock wall in the heart of Panama. The image depicted sweeping horizontal lines that emerged from thick foliage. We were intrigued, and after a last hurrah of beach fiesta in Bocas del Toro, we set out toward the mountains in search of this compelling crag.

Arriving in the town of Boquete, we did some recon work on the rock climbing in the area. Some folks gave us a blank stare. Others gave us a name: “You need to talk to Cesar,” they would say. “He knows it better than anyone.” Unable to find this man who seemed to hold the key to the crag, we pressed on and somehow eventually found our way into the hills and to our elusive quarry.

Taking in the wall, we were stunned to see volcanic basalt columns laid out horizontally before us. Never before had I read or heard of such a feature and was stoked to get on it as soon as possible. Through the customary rock-paper-scissors session, Austin won the first lead and we climbed hard into afternoon, until a warm rainstorm chased us away. 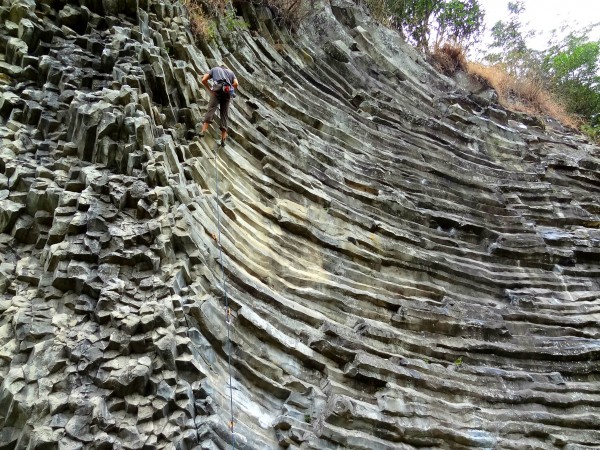 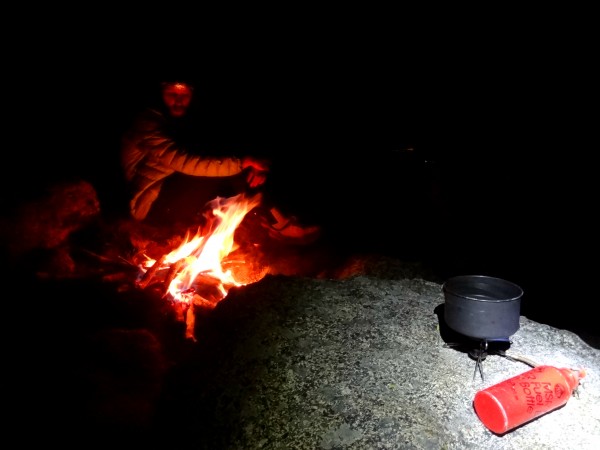 The next day we got off to an early start to begin pushing the grades on this unique and oftentimes trying style of rock. As mid-morning rolled around, a group led by an impressive Panamanian guide, arrived in the early humid heat.  “Think that could be Cesar,” I said from the second clip.  “No clue,” Austin returned from the belay. Short of turning down the hip hop bumping from our JammyPack, we paid little attention. Ten minutes later, though, the man threw a length of rope over his shoulder, placed two draws on the belt loops of his jeans and soloed 20 meters to an anchor on a somewhat overhung route. After returning to earth via a body rappel, we knew that we had found our man.

Between routes the story of Cesar Augusto Melendez was shared from the man himself. Inspired and taught to climb by a Canadian ex-patriot, Cesar used his new-found skills and natural ability to develop an activity never before seen in his country. Excitement over the sport compelled Cesar to form the Panama Rock Climbing company allowing him to continue to discover and develop additional crags throughout the area. Now, as a successful business owner and a sponsored climber, he is living his dream while attracting thousands of climbers each year to his country. As resources allow, Cesar plans to develop additional climbing walls and keep the existing ones in top form as the jungle continuously threatens to take them back. 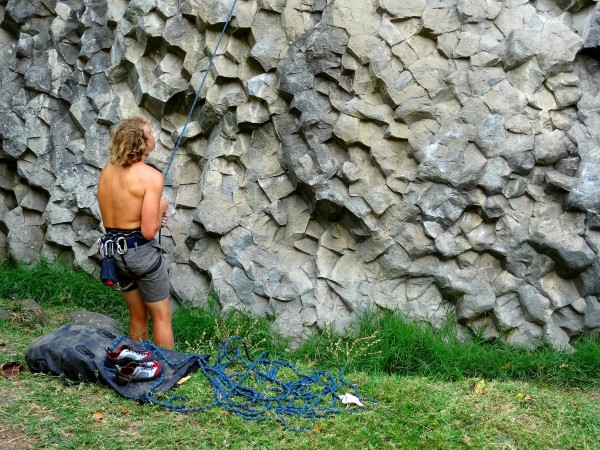 Stories such as Cesar’s offer a win for the climbing community at large. His efforts benefit his country, provide a sustainable source of income within his community, and allow those traveling through Central America to sneak in a climbing fix before succumbing to withdrawals. Awed by the unique features of the rock and inspired by its pioneers, we left Boquete, and carry its worthy stories for exchange as we continue to push South toward Patagonia.