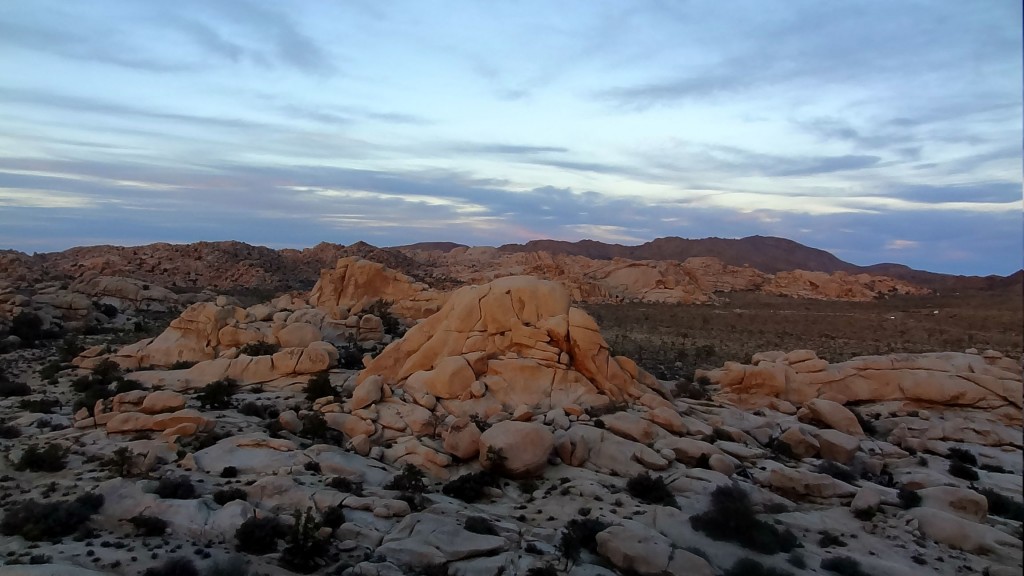 As climbers, our path has led us from one crag to the next while we continue to push south to Patagonia. Two weeks in our route brought us to the community of Joshua Tree, California. I say “community” because Joshua is not simply a National Park or popular crag, but a winter season gathering place for dirt-baggers, weekend climbers, and nature enthusiasts alike. Eleven months had passed since our first visit to the lunar landscape of granite mounds in this unique place and we were stoked to be back. 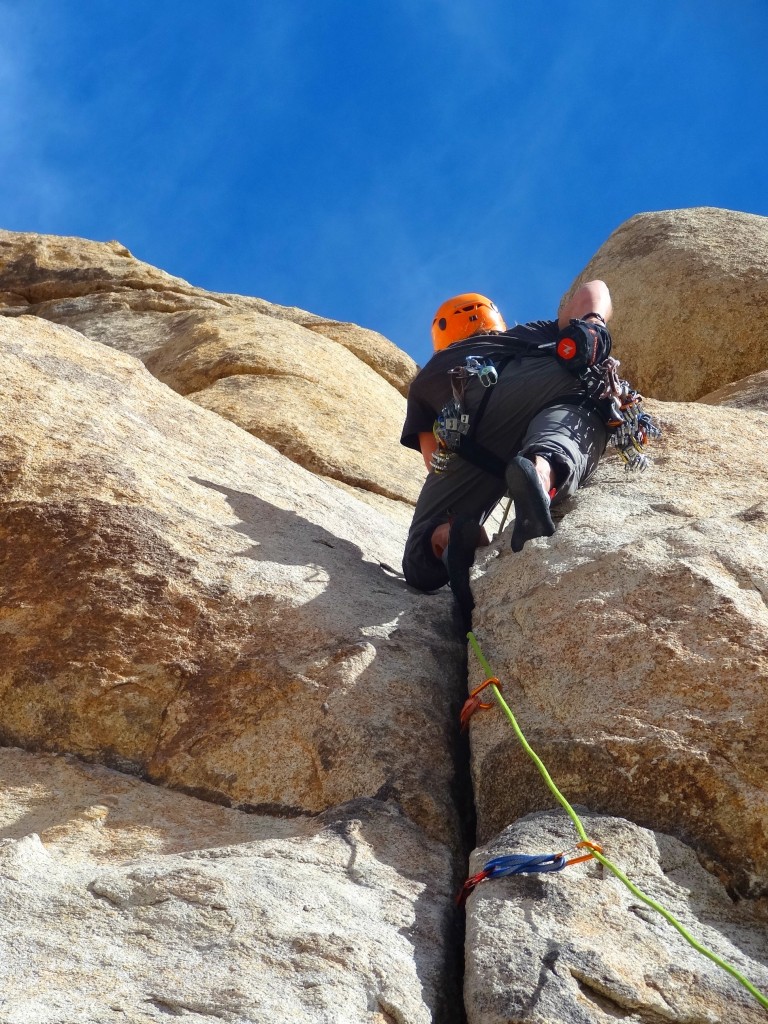 Adjusting to the rock of J-Tree takes a couple “sends” to back in the swing of things.  The rock has the constancy of sandpaper and the exposed face routes make you work for every finger hold while forcing an unnatural trust of one’s feet.  But the 5.10a two star bolted route called “Quick Draw McGraw” quickly put us back in the saddle.  We worked, we bled a little, but we both sent the route and were back to speaking the language of the desert rock. 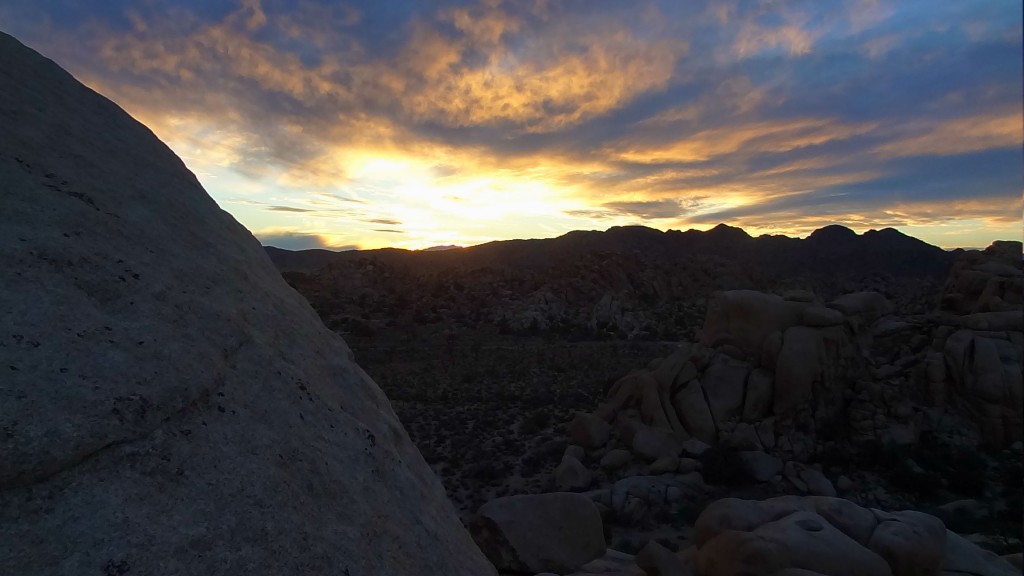 Over the past couple of years we’ve found J-Tree to be a place to push our bodies on the rock walls and pull our senses beyond an ordinary societal and even terrestrial existence.  Each afternoon, the sun, in full retreat, casts stenciled outlines of Dr. Seuss-like Joshua Trees, and throws pink hues upon the granite domes.  Stars explode from their daytime cover and occasionally hurl themselves toward the ground leaving long illuminated tails set against the dark sky.

Campfires are something to look forward to as a commune of warmth, shared goods and stories from past adventures. There are mysteries in this place found in the landscape, the community of climbers and within ourselves; mysteries that are only unlocked as one lets the days turn to weeks. 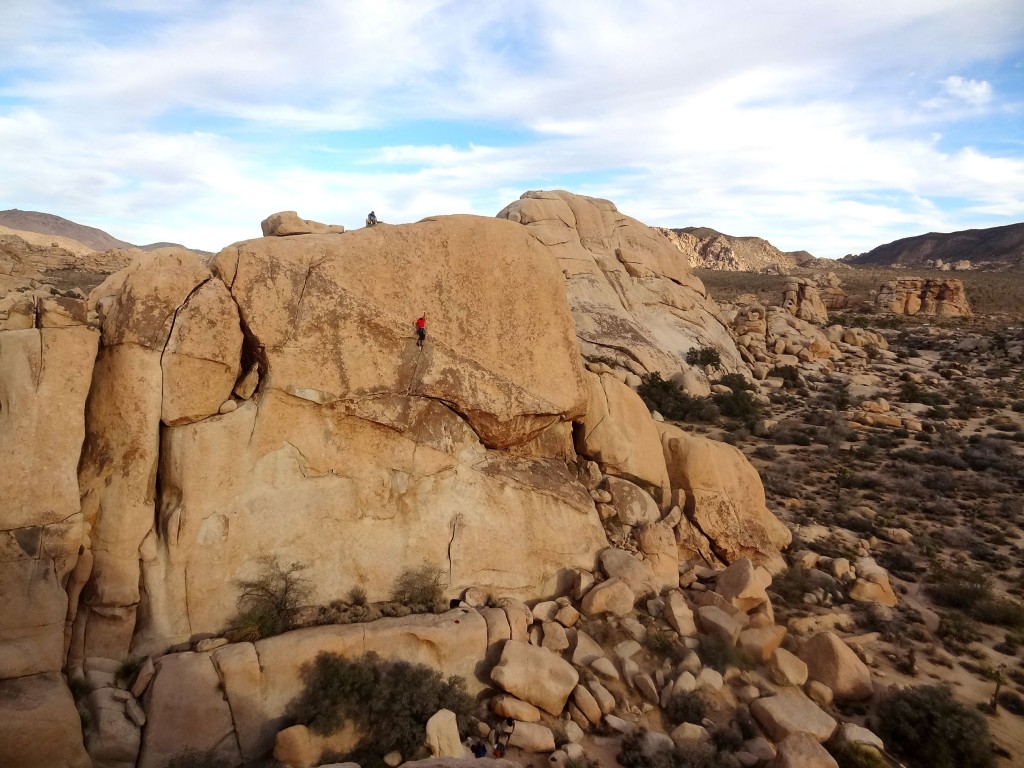 As our days in Joshua Tree went on we grew our climbing posse to four by linking up with a free spirit who had driven down from Homer, Alaska in a retro fitted milk truck turned overland climber-mobile.  With an even number and plenty of gear all around we fell into a routine of waking early, trekking to routes and sending them before the other Hidden Valley dwellers rallied for the day. 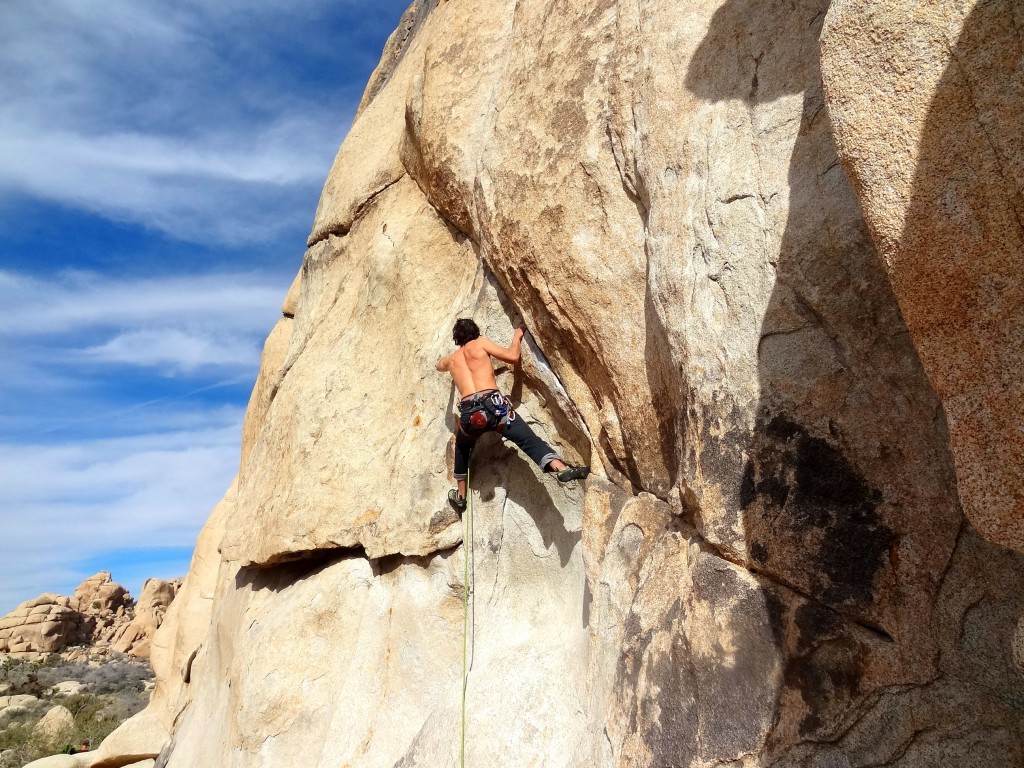 This year’s migration to the Tree was directed by our journey south, allowing us to feed on bountiful splitter cracks and climbing the chossy rock domes.  Sustenance comes in many forms and eventually, one has to leave a place to follow the road on.  But he departs anew, fully revitalized by the high desert and inspired by his place within its community. 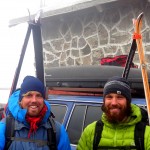 Brothers hailing from the Pacific Northwest, Carson and Austin Bowlin are on an adventure of a lifetime traveling overland from Seattle to Patagonia climbing, skiing and surfing along the way. Their trip partners include Nuun, Mountain Safety Research, TorFab, and Kavu.  Their progress south is kept up to date at offbelay-americas.com