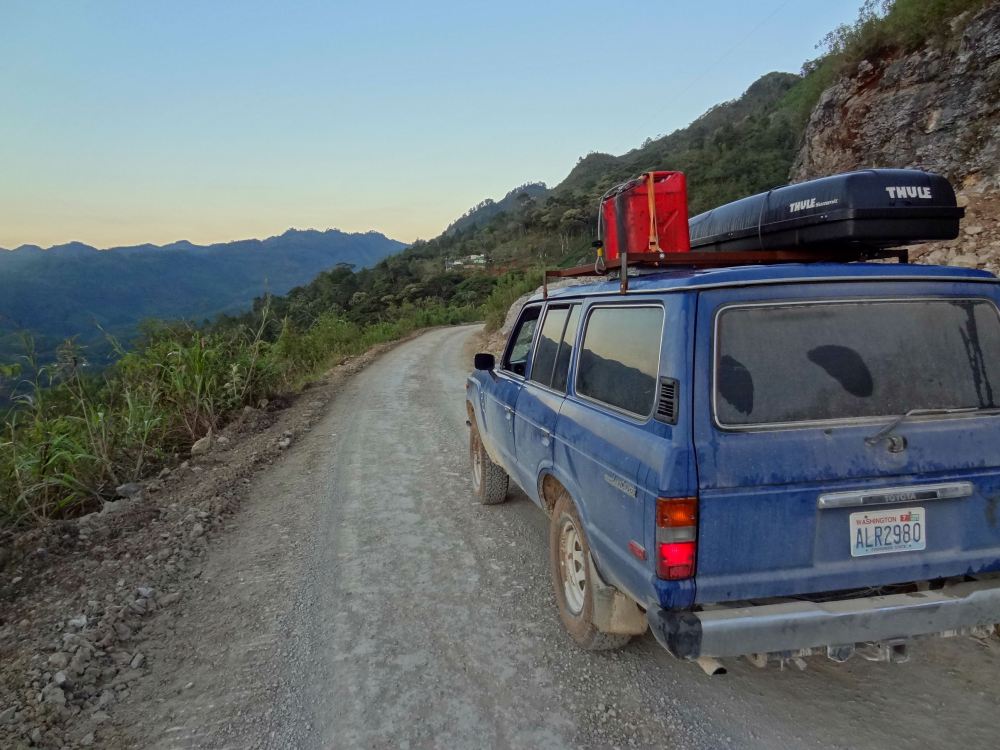 Exploration in a pure sense is an elusive quarry.  Men such as Shackleton , Cousteau, Norgay and Hillary picked some of the biggest and brightest fruits on the proverbial exploration tree in efforts that were hardly free from struggle or pain.  This begs the question: Does the twenty first century still offer new exploration for the willing and able to make their mark?

The answer is yes.  Enter rural Northern Guatemala and a pair of adventurers stocked with climbing gear on our way south to Patagonia.  With our faithful Land Cruiser taking a relentless beating, we made it to the town of Lanquin near the beautiful waterfalls of Semuc Champey.  One ridge from the town there is a village situated along a flowing, jade-hued river shrouded by thick jungle on either side. High above the twists of the river, the smoldering cooking fires of women and the chipping machetes of men, rises an enormous limestone rock face.  Reaching nearly 300 meters, the wall is framed in dense green vegetation and is threaded by industrious jungle vines descending from its pinnacle.  Approximately, three fifths up the cliff is the looming shadow of a beautiful, gaping cave pockmarking the rock face with personality and mystery. 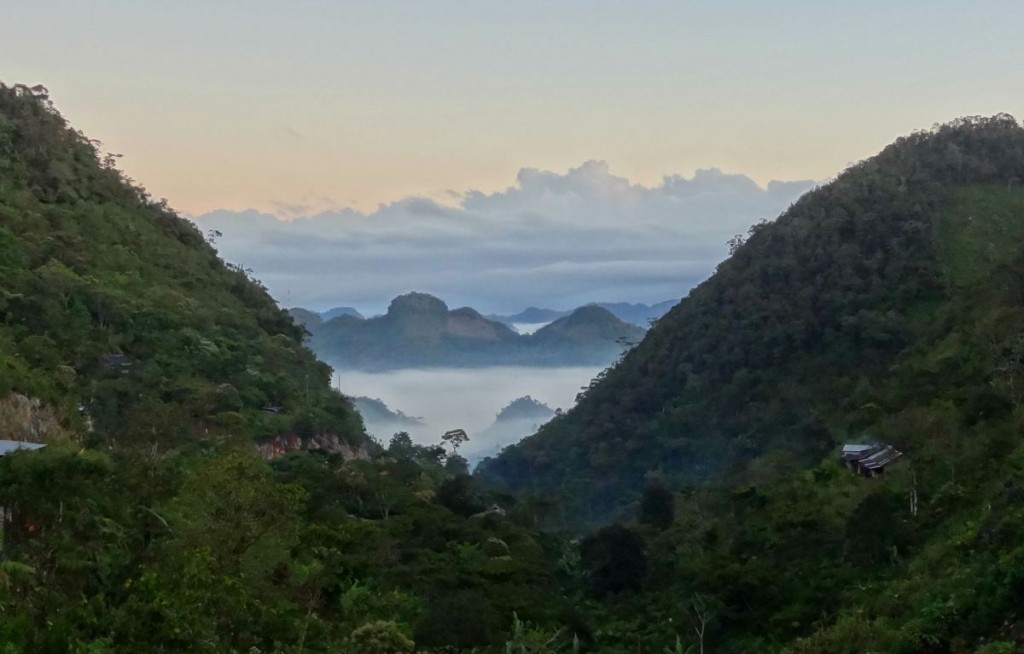 Local Guatemalan legend states that a massive eagle of mythological proportions preys on unsuspecting villagers in the valley below and flies with the victims back to its lair to feast.  This legend is referred to as La Cueva del Aguila and was likely originated as a way to cope with pain of the civil wars that ravaged the country for over three decades.  Regardless, it is deeply woven in village lore and is very real to those who live in the area.

After hearing we had come to the area with our climbing gear packed in the Land Cruiser, our host quickly proposed that we explore the cave on his behalf.  Though exposed to the sheerness of the cliff and an approach that would require quite a bit of machete work, he piqued our interest by mentioning that the cave had never been explored.  Here was a chance for pure exploration looking right at us with eyes full of challenge and opportunity.  We assembled a crew of two Aussies, a Frenchman and a Guatemalan teenager named Francisco who would lead the charge up the mountain. 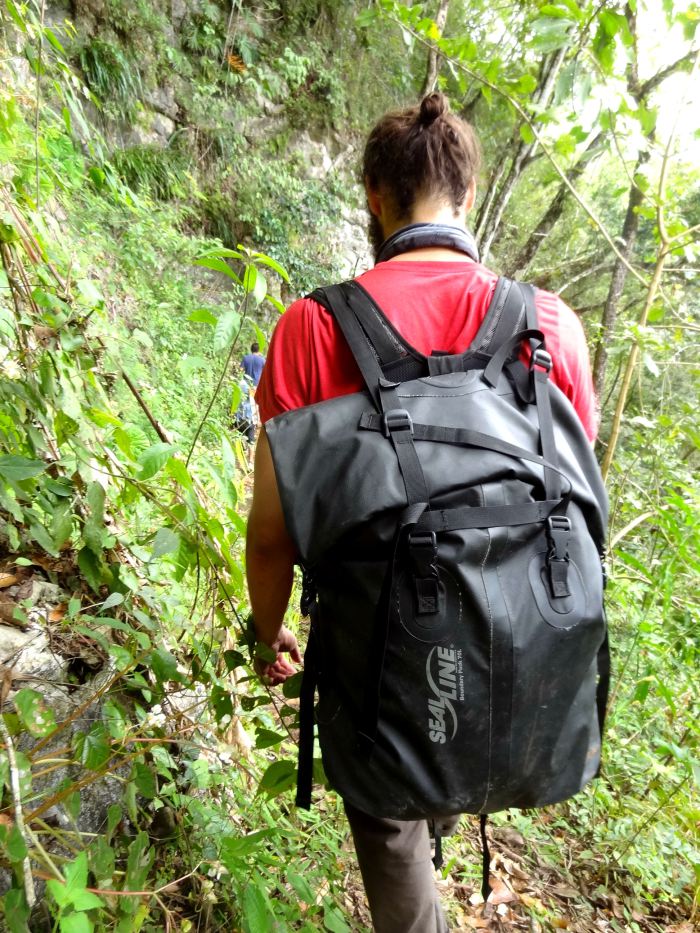 Arriving at the top drenched in jungle sweat and the occasional tropical shower we were grateful we had opted to take our SealLine dry bags off the top of the car to use as gear haul bags on our ascent.  After resting a moment to take in the astounding view of the valley below, our amigo Francisco set to clearing a path to the cliff’s edge with the machete and Austin and I began to assemble the gear. We found three stout trees and built a static anchor that our rappel rope could attach with two locking carabineers.  As I worked, I narrated every move and knot for Francisco who expressed an interest in rock climbing but had always been without proper equipment and instruction.

Soon enough it was go time and I began to lower myself from the edge, following an adrenaline-pumped high five from Austin. Once over the edge, the rappel was free hanging with a couple hundred meters of airy expanse between me and the jungle floor below. After approximately 20 meters I was able to swing into the mouth of the cave all the while keeping a keen eye out for the massive eagle we had heard tell of.  As soon as my feet reunited with solid ground, I climbed into the cave, set two nuts and a cam for an anchor and radioed Austin to give it a go. He made it to the cave seamlessly with a dress rehearsal look of assurance.

Alas, no discovery of human bones from Guatemalan civil war victims was made but the cave clearly was home to a large, carnivorous bird. Littering the floor in some places five inches deep were the skulls and bones of smaller birds that had been fortunate to meet their demise in a place with such a stunning view. 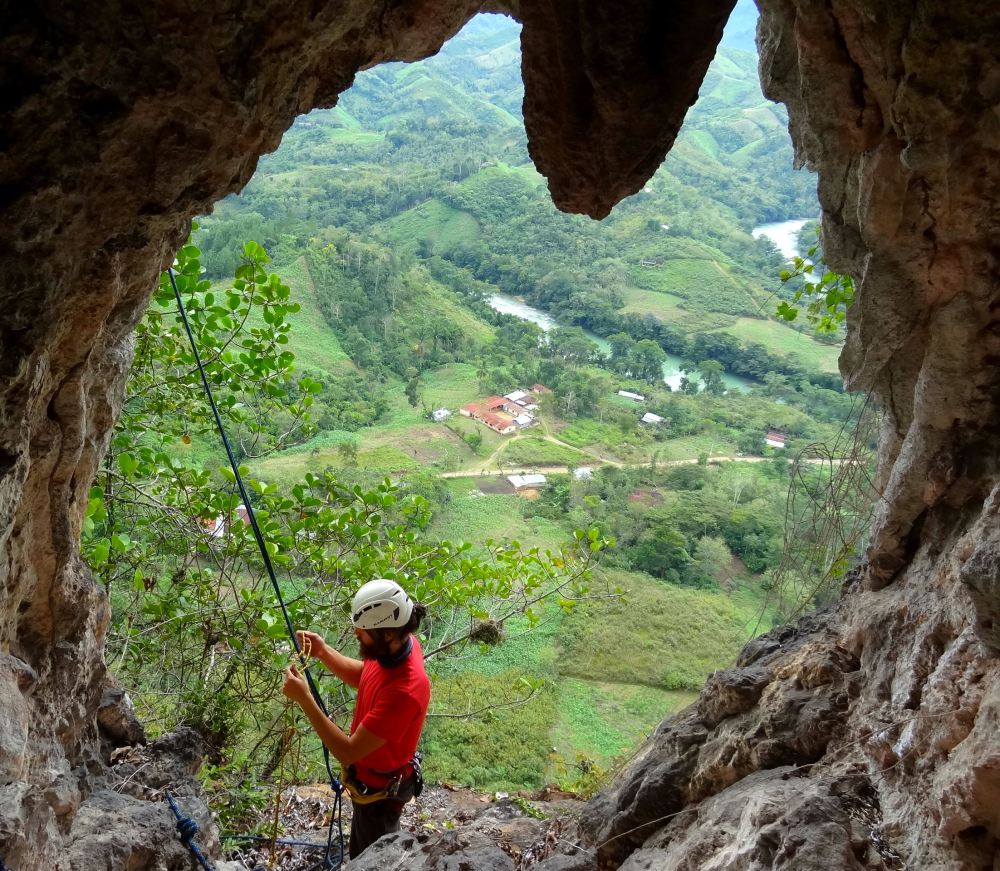 Measuring 15 meters deep by 10 wide, the cave was impressive but not of a grand scale. Our photo documentation of the rock orifice was suddenly interrupted by the agitated yells of villagers below who had spotted our rope leading into the cave.  Soon we spotted a band of six individuals, machetes in hand, trekking the path up to where our lifeline rope was anchored.  Fortunately, our comrade Francisco, machete also in hand, stood guard high above us.  After using prusik knots to climb back up the rope, another sweat filled activity in the jungle heat, we met up with the excited locals who had followed our path up.  In a Mayan dialect they asked, with Francisco translating, to see our photos as evidence of the contents of the cave.  Their intent was two-part. First, they wanted to make sure there were no human remains of relatives present, and second they wanted to make sure there weren’t Mayan artifacts hidden that we had planned to keep for ourselves.  After satisfying them with the contents of the cave they asked to see every photo on the camera which took them on a half an hour journey north from Guatemala eventually to the Pacific Northwest back home; we were happy to oblige.

Adventure found us in the northern mountains of Guatemala and pure exploration decided to come along for the ride. The unbelievable beauty of the area and the deep pain written in its pages will serve as strong ingredients for pause and reflection as we continue on the road south to Patagonia.