After nearly three weeks of sun and surf south of the border, we were itching for some elevation and knew just where to find it. To the surprise of many, North America’s third tallest peak does not lie in one of Alaska’s formidable ranges, but instead 250km to the west of Mexico City. Pico de Orizaba is a standalone volcano with a staggering amount of prominence. The mountain dominates the surrounding countryside, and simply needed to be climbed.

Our siege of the mountain began with a pitstop in the small town of Tlachichuca to gather supplies and a bit of beta from the reputable Señor Reyes, proprietor of Servimont, the classic European-style climber hostel in the heart of downtown. After collecting our intel, we embarked on a roller-coaster two-hour drive up to 14,001 feet where the Piedra Grande Refugio stands and our acclimatization process began. 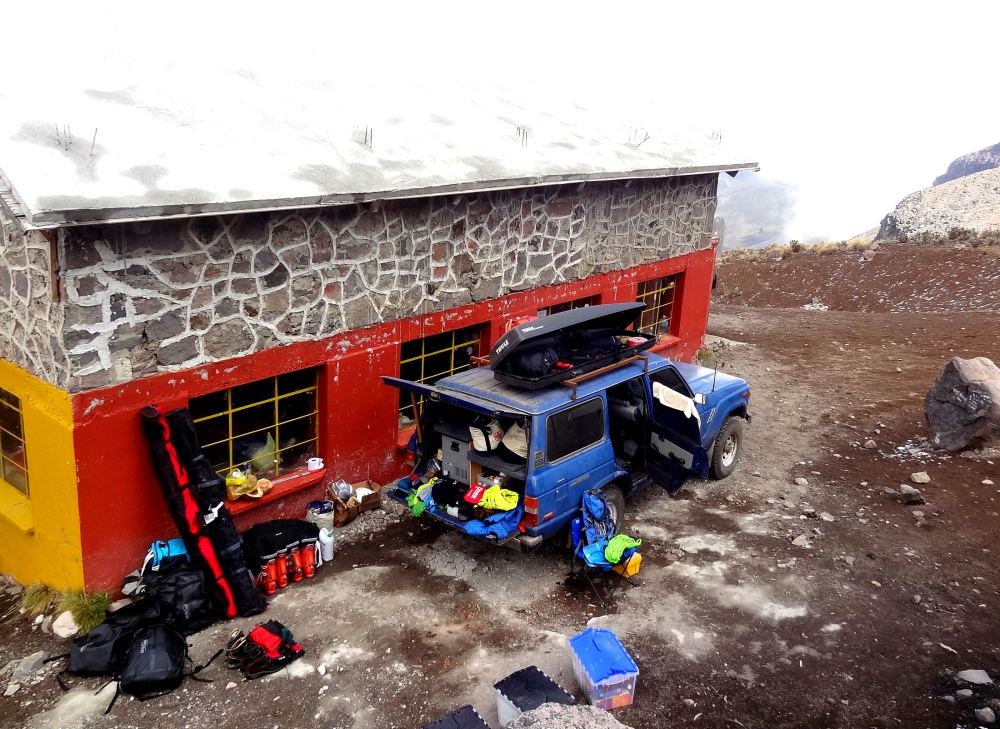 I would be lying if I said our acclimatization process was all day-hikes, mountaineering stories, and games of chess. Due to the fact we had spent the last month-plus at sea-level, we had a long way to go to adjust our bodies to the thin air and lack of atmospheric pressure. Señor Reyes’ recommendation was for us to hike down 2,000 feet to the tree-line the first day, as opposed to up. Of course, ever confident in our bodies physical capabilities we chose to ignore his advice and within 18 hours at elevation I was unable to hold down food or drink. Carson was able to squeak by without any major ailments beyond a small headache; I had no choice but to retreat back to town at lower elevation for a night of rest and eating as it would be impossible to tackle an 18,490 foot peak on an entirely empty stomach. 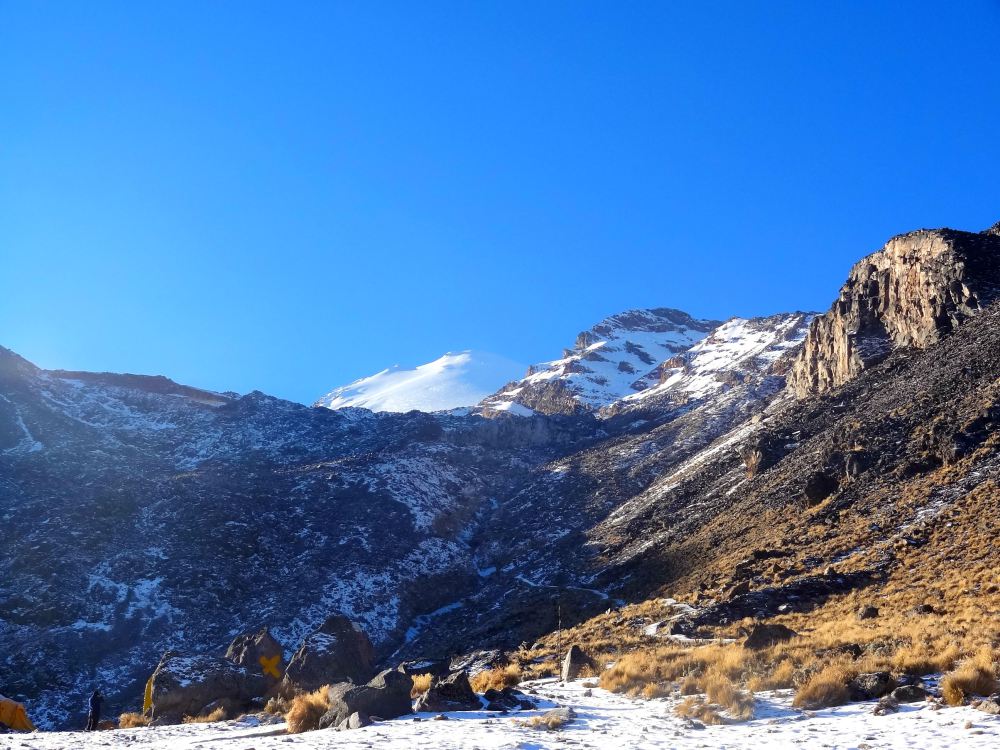 The Refugio proved to be a convergence point for climbers from all over the world. Pico de Orizaba has a reputation as a perfect introduction to high-altitude mountaineering and is a prerequisite for many guiding outfits before attempting Denali, Aconcoqua, and the like. During our stay we conversed with climbers hailing from Mexico, Canada, Great Britain, the United States, Japan and Spain – all of whom had the same goal in mind. That being said, the method was not the same. While the climb alone would undoubtedly have been a fulfilling adventure, we like to up the ante if possible and decided a ski decent was in order.

After speaking with all the successful summiteers about snow conditions, it didn’t sound like we would be making any blower turns up top. No one spoke highly of the snow, but as the final 2,250′ of the climb are on the Jamapa Glacier we knew coverage would not be an issue and decided to have at it anyway. There’s something about growing up in the great Northwest that makes us immediately follow the “can it be climbed?” question with “can it be skied?” In this instance, both answers were a yes.

After a night down at lower elevation I rejoined Carson at the Refugio and we made a push up to ~16,000 feet to drop our skis, boots and crampons for the following morning’s summit bid. Our ascent started the following morning at 6am, around three hours later than most groups depart in an effort to give the glacier’s crust time to soften in the sun for our pending ski-descent. The climb itself went exactly as planned – a stunning view of the rising Mexican sun, consistent quality purchase of the ice by our crampons, and thousands upon thousands of steps coupled with gulps of thin air as we slogged higher. Meteorologists had it right that day and while healthy 30mph winds did their best to impede our progress, there was no stopping us. We made good time to the summit, snapped a few quick windswept photos then locked and loaded for a highly anticipated ski descent. 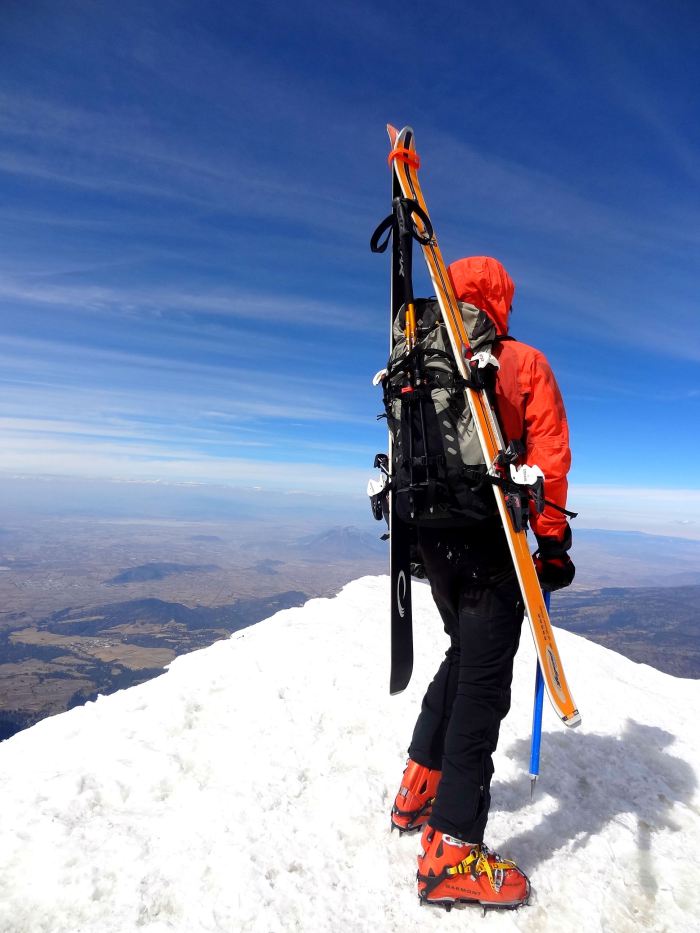 The snow ended up being better than anticipated and we were even able to find a few small wind-gathered powder stashes to slash. Within a single minute we were no longer cold as the adrenaline surged through us. When ski mountaineering, one has to ask whether the real prize is bagging the peak or the ski descent – that’s a question I still don’t know the answer to. In all, we were able to log just over 2,000 feet of vertical before resigning once again to boots and crampons. Before swapping over, we exchanged numerous high-fives – a few for the turns, a few for setting new personal altitude records, and maybe one due to the natural high of the much thicker air. 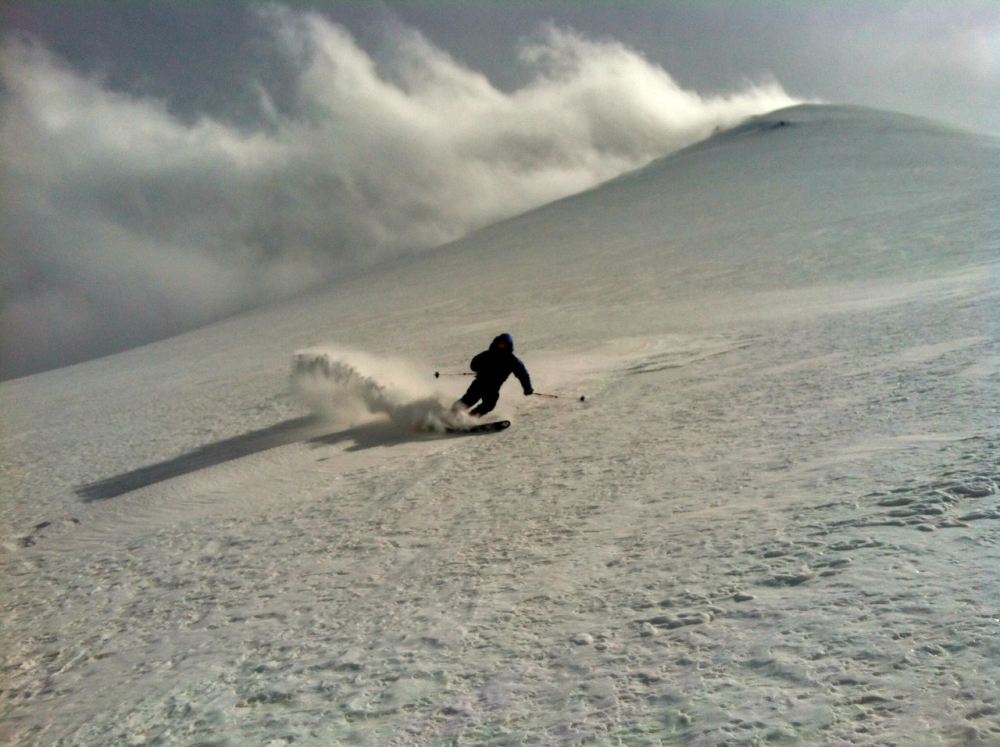 From that point the decent was uneventful and soon we were welcomed backed into the Refugio like Templars returning from a Crusade. A celebratory cerveza was enjoyed, a few quick stories shared and before we knew it we were headed back down to town where we planned to check in with Señor Reyes and catch up on some much needed sleep. That night we were able to sleep sound with the knowledge Orizaba had been conquered. Our first international climb, done in classic NW ski mountaineering style, 4,000 feet higher than our own Mt. Rainier. Our stoke level rides high and the anticipation for our next peak even higher. 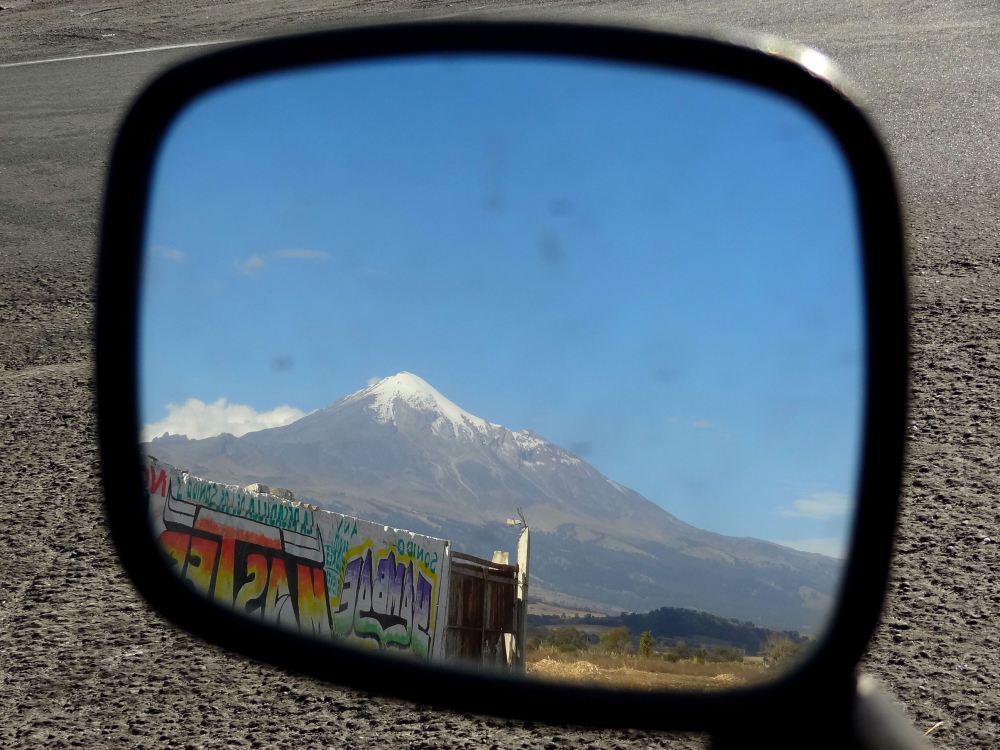