MSR is known for high-quality, reliable outdoor hardgoods. But did you know that in the company’s early years, MSR also made clothing? In fact, over the years, MSR offered such items as waterproof rain jackets to insulated footsacks that converted into puffy overpants. But our first foray into clothing started with the MSR Mountain Parka, which debuted in the April 1973 Mountain Safety Research Newsletter written by MSR founder and professional inventor Larry Penberthy. 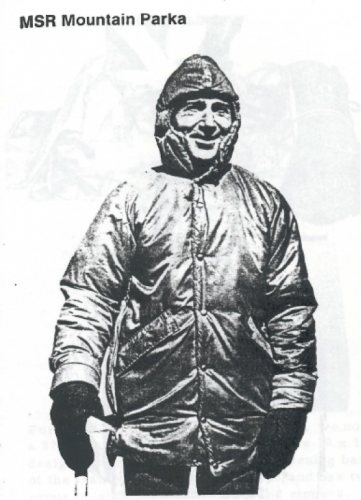 The Mountain Parka was made of polyester batting insulation, which offered better weather resistance than the traditional parka fillings like down, cotton or wool. Larry’s decision to use this material was inspired by the U.S. Army Natick Laboratory’s choice to replace soldiers’ wool overcoats with those made of polyester fill. Made of this polyester, MSR’s new parka offered ideal insulation, warmth and protection from the soggy Northwest environments in which Larry climbed. 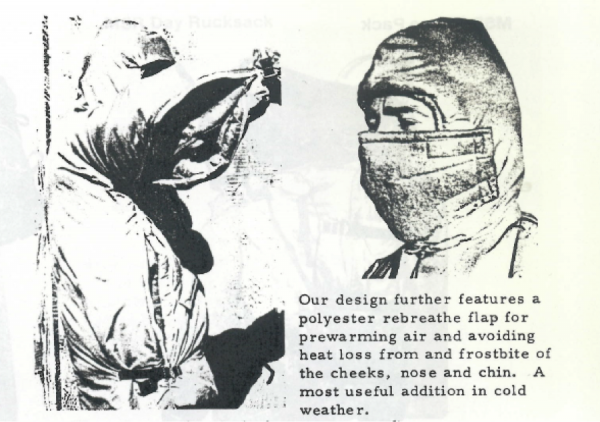 Even more significant than the material choice however, was an innovation that the Mountain Parka pioneered that is today nearly ubiquitous in outerwear jackets: the underarm zipper or “pit zip.”

“When the weather is in-between, you often want to let heat and moisture out, especially under the arms,” Larry wrote.

To provide temperature regulation, the parka featured zippers under the arms and down the sides that allowed for on-the-fly “ventilation change.” Now, you no longer needed to stop and waste time removing your pack to achieve a more comfortable temperature level.

Four years after the parka’s debut, MSR expanded its parka collection to feature options with PolarGuard™ insulation. According to the newsletter, the MSR Mark Five Parka included a handful of customer design suggestions as well as two years of field testing. It offered large cargo pockets in front, with hand-warmer pockets behind, and a large inside pocket. A tailored snap-on hood with storm visor was available separately. 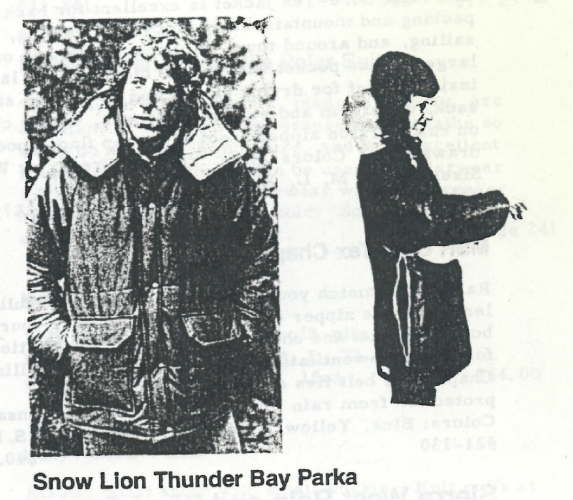 And then there was the dashing Snow Lion Thunder Bay Parka, which featured a draw cord at the waist. It came with a stuff sack and was available in dark blue, rust and green for, one can only presume, the modern mountaineer.

To read more MSR Flashbacks, check out these other glimpses into MSR’s early years and innovations:

Fly Your Tent Down the Freeway