By Steve Marks, aka the “Malbec Pilgrim”

A few May snowflakes appeared out of nowhere, drifting down and brushing off my jacket as I paused to enjoy the immense vista. It had been a tough cycle to the summit, and was just one of the many times my altitude almost touched 5000 m (16,400 ft). The blackened rocky and mountainous landscape stretched seemingly forever. No sign of human presence at all other than the sandy gravel track which scrawled a curving line down the mountainside and out towards the horizon. What struck me most about cycling the Peru Divide was just how much vast emptiness there was.

In those epic solitary moments, the elevation of my viewpoint was matched only by my realization that there was no evidence of another living soul as far as I could see. 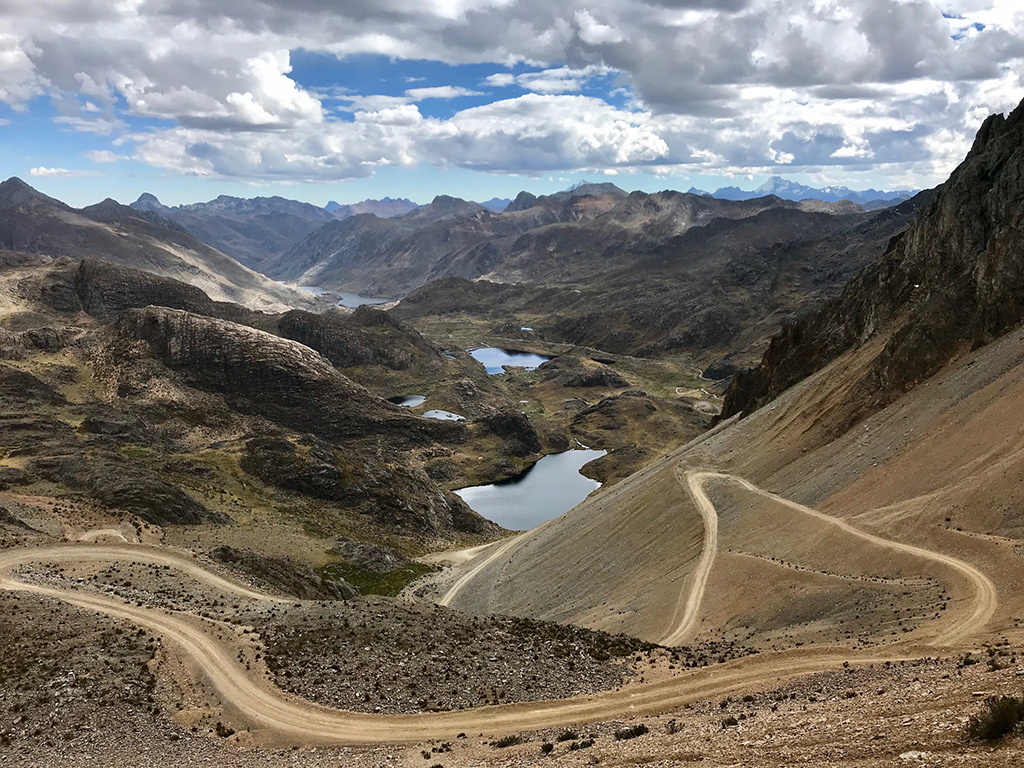 A rite of passage for adventure cyclists

A decade ago, an inspirational couple named Neil and Harriet Pike from the UK sketched out a high mountain route almost entirely on gravel backroads running for about 1000km (630 miles), loosely between Cusco and Lima.  It was dubbed the “Peru Divide.”

[The Peru Divide can be ridden to continue past the junction to Lima, ending up in Huaraz. For more details on that northern section see this article on bikepacking.com]

In the decade since, the route has increasingly developed a lofty reputation among cycle travelers worldwide, and traversing it has become something of a badge of honor.

The area has featured prominently on key cycle adventure resources like bikepacking.com and The Radavist as a route that pushes people’s boundaries. Renowned international cycle traveler, Alee Denham (cyclingabout.com), called it “the best touring route anywhere in the world”.

The road condition also presents a challenge – the majority is rideable gravel, but at times rocky sections required walking.  Parts of the route were simply hacked out of the hillsides by mining companies long ago and don’t exist on GoogleMaps. Therefore, it’s essential to have the right GPX file (I used MapOut to navigate). 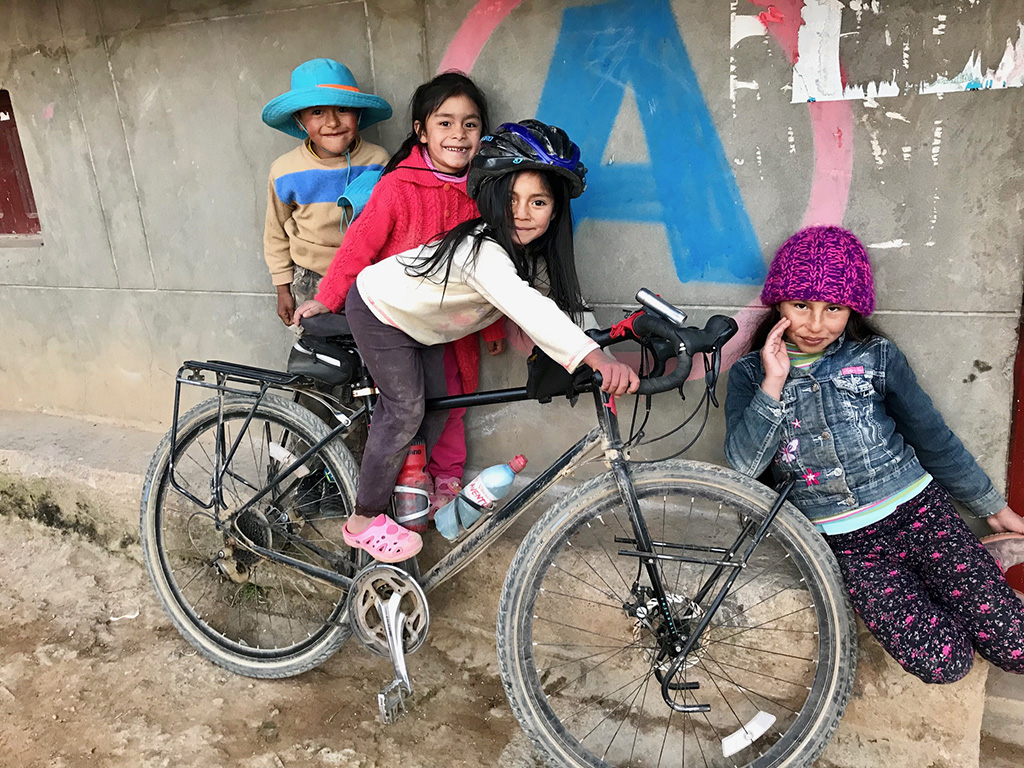 There aren’t many towns on the Peru Divide, most villages consist of a small number of mud-walled houses.  Some have no accommodation for visitors, but the friendly villagers often helped me find a suitable place to pitch my tent.

Other villages had basic “hospedajes” for $3 USD to $7 USD.  They were pretty simple affairs – a spartan room with a bed, a communal bathroom with either a cold-water shower or sometimes just a water tap and a bucket.

It was about 0°C or colder most mornings so I’d pass on the cold showers—the hospedajes don’t have heating either (just lots of llama-hair blankets!).

The two larger towns along the route are Huancavelica (50,000 people) and Vilcas Huaman (9,000 people). They provide some-much needed temporary comforts. 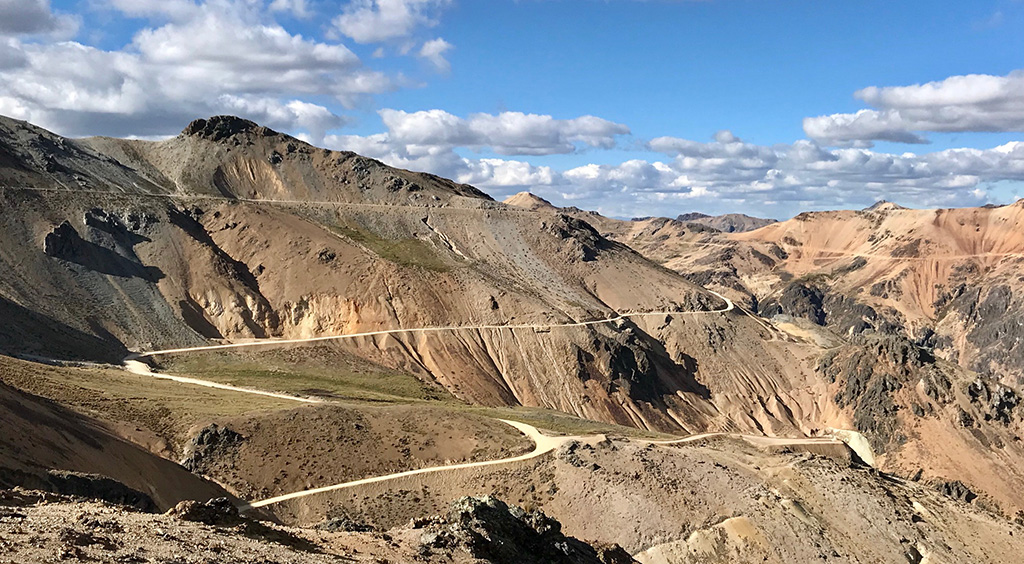 While no doubt grueling, cycling the Peru Divide rewrites the definition of what it means to “get away from it all.” Huge snowy peaks, seemingly impossible zig-zag roads etched into cliffs, massive vistas, mirror-glass mountain lakes, and an almost eerie sense of peace and quiet are the intrinsic rewards here.

Peruvians have a nickname for the ambience way up among the higher Andes; they call it “El Silencio,” or the silence.  It’s an apt description—the only sounds were those of my own breathing and the crunching of gravel beneath tires.

Warm welcomes and places to camp

Perhaps the greatest reward is spending time among the shy but friendly people who live in these remote mountains. They speak both Quechua and Spanish (no English), and are curiously inquisitive about this stranger cycling alone through their lands.

Some nights I camped in my tent behind a local family’s house. They’d bring me cheeses from their cows or a hot drink. Kids would approach me and we’d use Spanish as a base language to teach each other to count from 1 to 10 in both Quechua and English. I never felt concern for my personal safety and security.  In fact, no one I’ve spoken to has reported any type of issue on the Peru Divide. 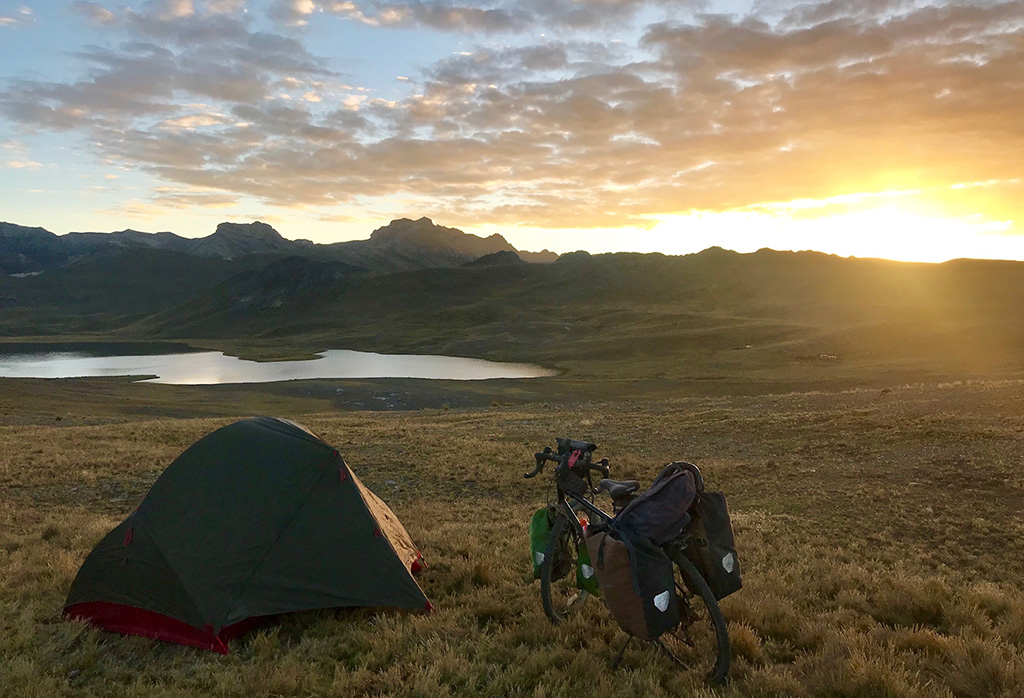 Regarding food and water, with villages dotted throughout, resupply points are common, allowing you to carry enough for two to three days at a time. Between villages, isolated farmers are often happy to help with water needs. Outside of the villages, I mainly ate porridge, pasta, and snacks.

In smaller villages, you may find a singular menu each evening—what they serve is what you get—with a starter and main for about $2 to $3. It’s often batch-cooked soup followed by a stew, not ideal if you’re vegetarian or vegan.

In the larger villages, you’ll experience a range of the local cuisine. I tried “Cuy Frito” (shallow-fried guinea pig). Every once in a while, you might experience Chifa cuisine, a blend of Chinese-style cooking with a Peruvian twist. The tradition is rooted in the mid-1800s when many Chinese migrated to Peru for gold prospecting, sugar plantation work and mining. The tradition remains hugely popular and Chifa restaurants are everywhere.

Packing light is essential on the Peru Divide. Some cyclists prefer to ship luggage ahead between the bigger towns in order to avoid carrying everything. I didn’t bother and just toughed it out, but then I tend to pack really light.  Here is my essential kit list:

I was there early in the “dry season,” and didn’t use my waterproof gear much. Mountain weather in Peru loosely falls into two seasons – dry season which runs from May to October, and wet season (mud and landslides can become an issue) from December to March.

I cycled from late-May to mid-June and enjoyed little wind and good weather most days, apart from the passing shower, or snowflakes when my altitude reached the lofty 5000 m mark.

It’s important to take patience with you. The roads make progress quite slow. Expect to cover 50 to 60 km a day.  This slow and unpredictable pace means you won’t always be near a village at sundown, but brings with it wild and solitary free-camping evenings.

On one particularly memorable night, I slept at 4700 m with a huge sweeping view over a mountain lagoon backed by a jagged ridgeline, which darkened to craggy silhouettes as the fiery sunset glowed behind them.  It’s moments like those that define the sense of adventure that awaits those who have the patience and determination to tackle the great Peru Divide. 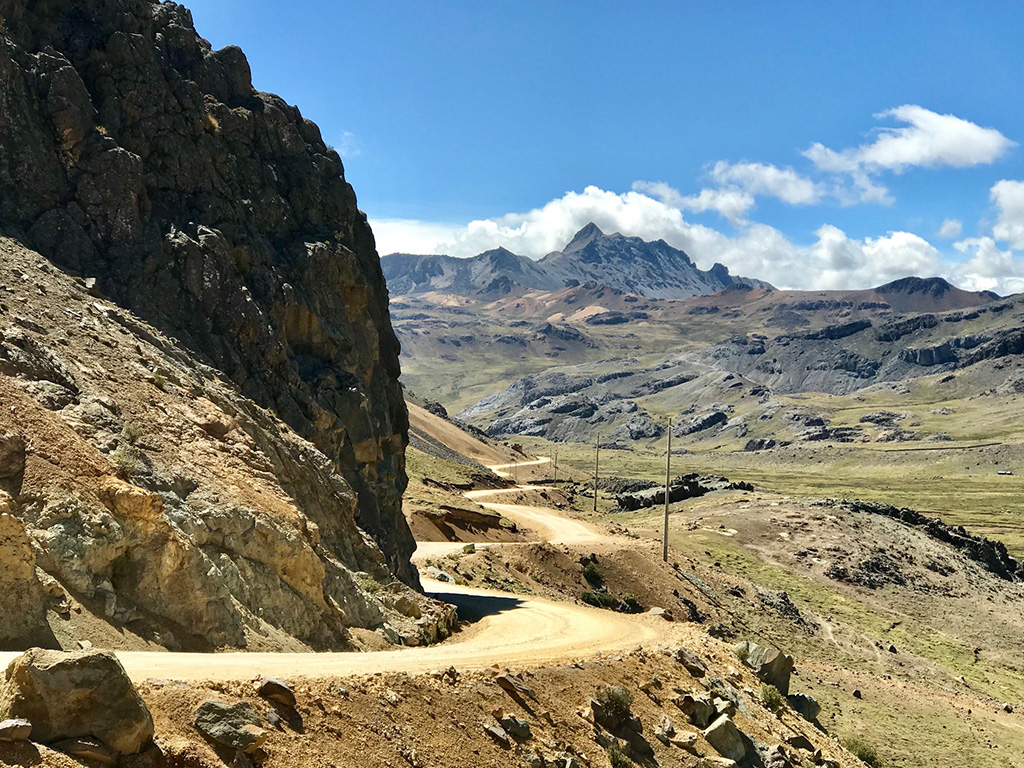 How to cycle the Peru Divide yourself: 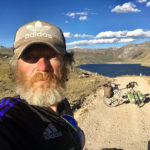 ABOUT THE AUTHOR: Steve Marks grew up in New Zealand but is now based out of London, UK.  He doesn’t always like the winters there, so he escapes when he can for travel adventures, often by bicycle.  You can keep up to date or ask him any questions via his “Malbec Pilgrim” Facebook blog or his @malbecpilgrim Instagram account. Steve also recently launched his website, www.malbecpilgrim.com. For more photos from his time on the Peru Divide, please see these two links: here and here.