My thru-hike of the Continental Divide Trail in 2015 was one of the harder long-distance trails I’ve set foot on, but since it had been 6 years since my last long-distance trail, I was determined to enjoy the 2,700 miles and treat the trail as my vacation. I fell in love with thru-hiking when I set foot on the Appalachian Trail in 2002, and have made it a priority to hike every few years. There is something elemental about carrying everything you need on your back, and it is truly astonishing that by placing one foot in front of another, you can cross a continent. 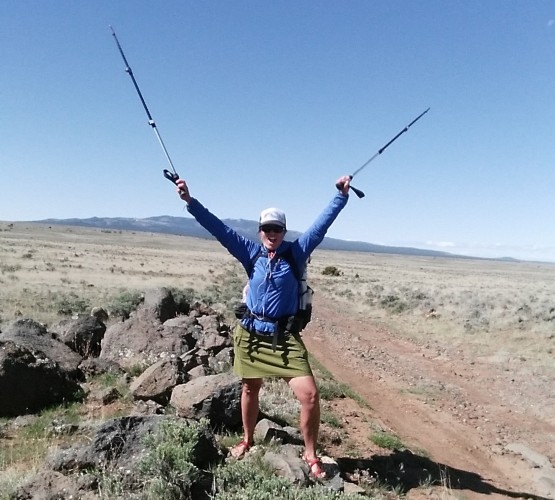 The CDT is a trail of contrasts! The day before this photo was taken near Mt. Taylor in New Mexico, I was caught in a May snow storm and had trouble keeping warm. The very next day the sun melted off all the snow and it was truly an amazing day to be hiking. 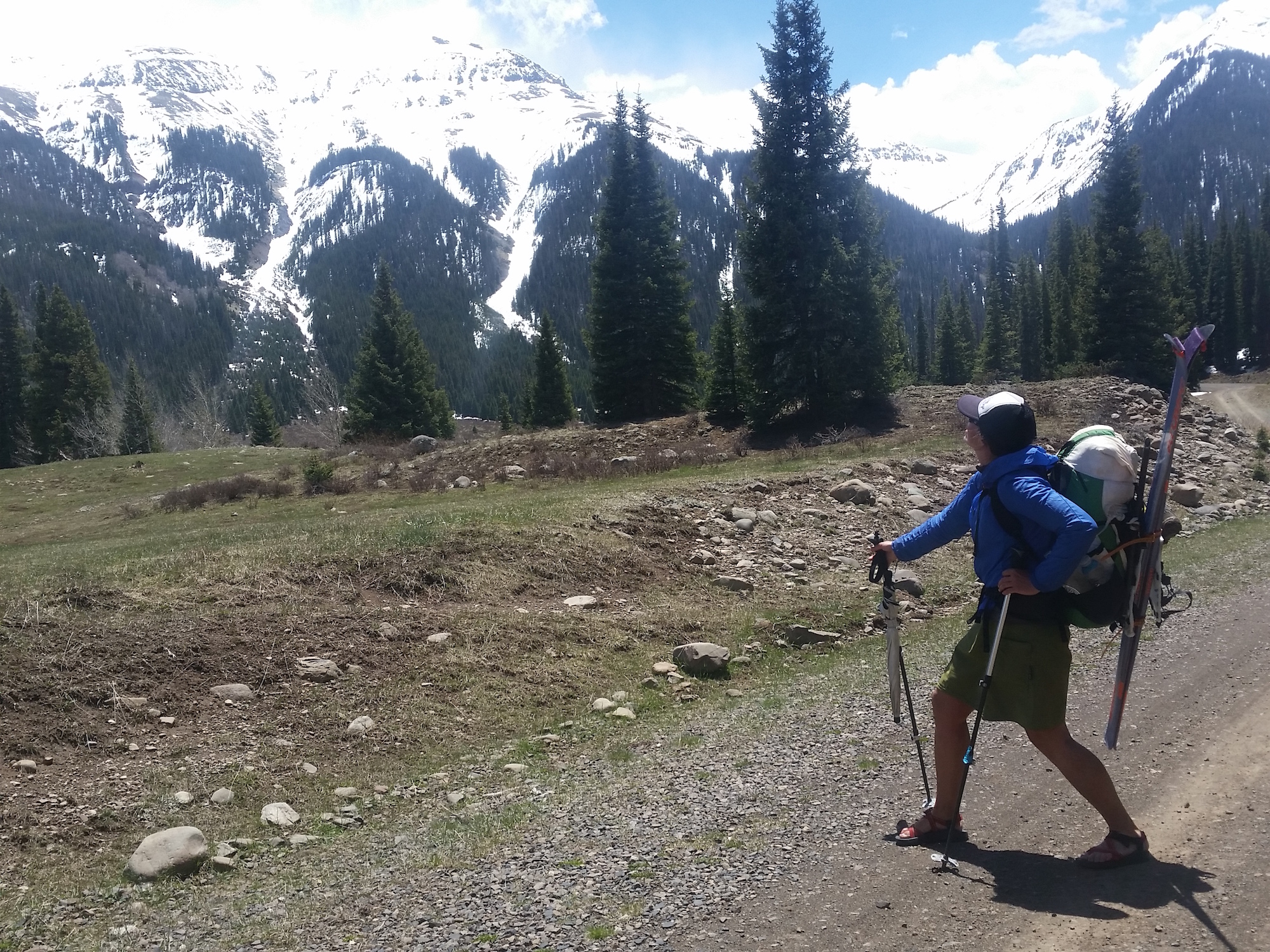 I had anticipated lots of snow in Colorado, and in preparation had my touring skis sent out for the San Juan Mountains. When I wasn’t skiing, I strapped the skis to my pack. Almost 10 feet of snow had fallen on the divide in April and May, and unfortunately the heavy wet snow made for ideal avalanche conditions. 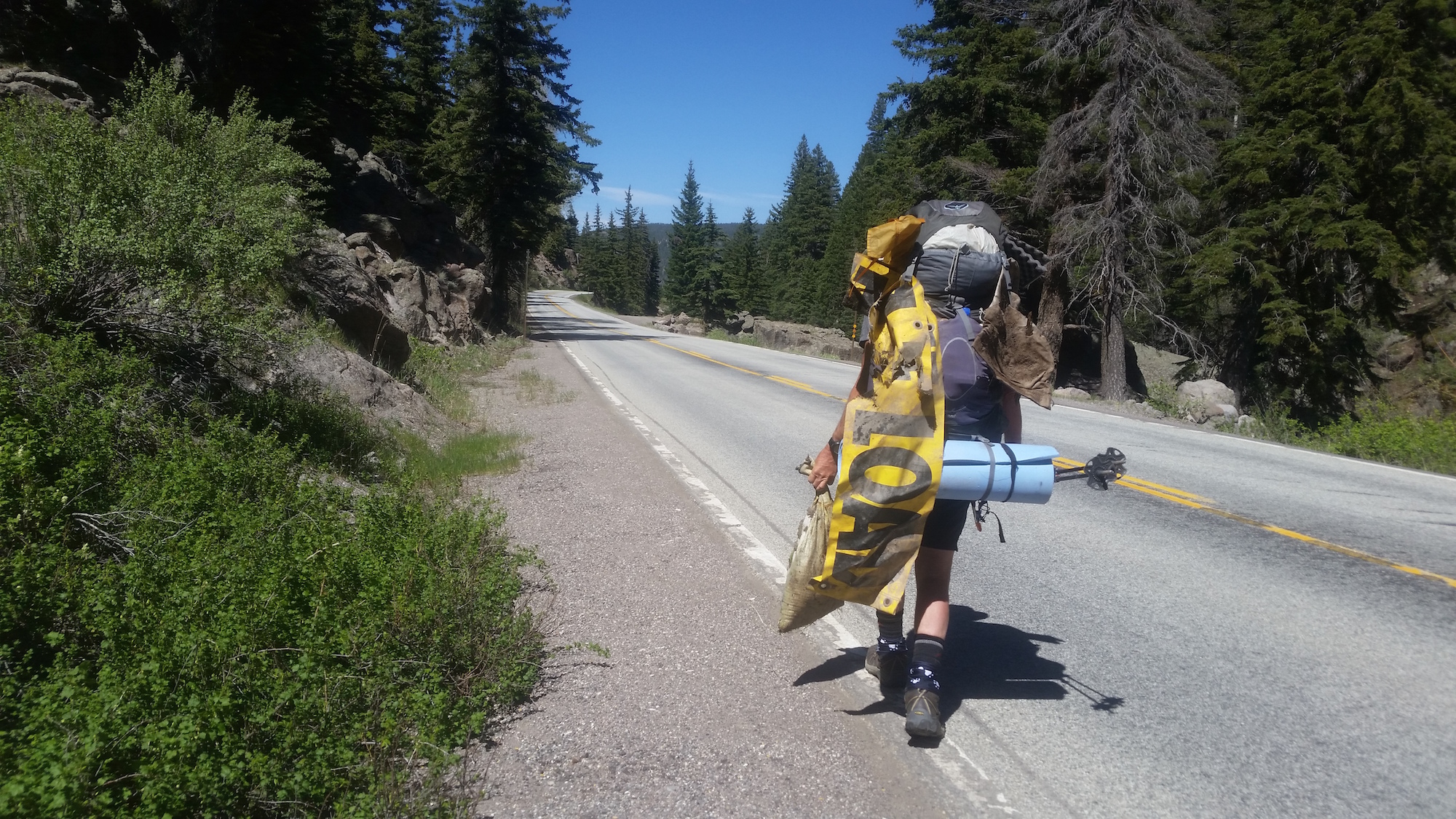 The CDT is a trail of alternates, and in this section in southern Colorado, fellow hiker Mark Trails and I found ourselves road walking to get around extremely avalanche prone conditions in the South San Juan Mountains. We decided as long as we were walking, we could do our part and pick up trash as we went. It was amazing what we found along the side of the road! 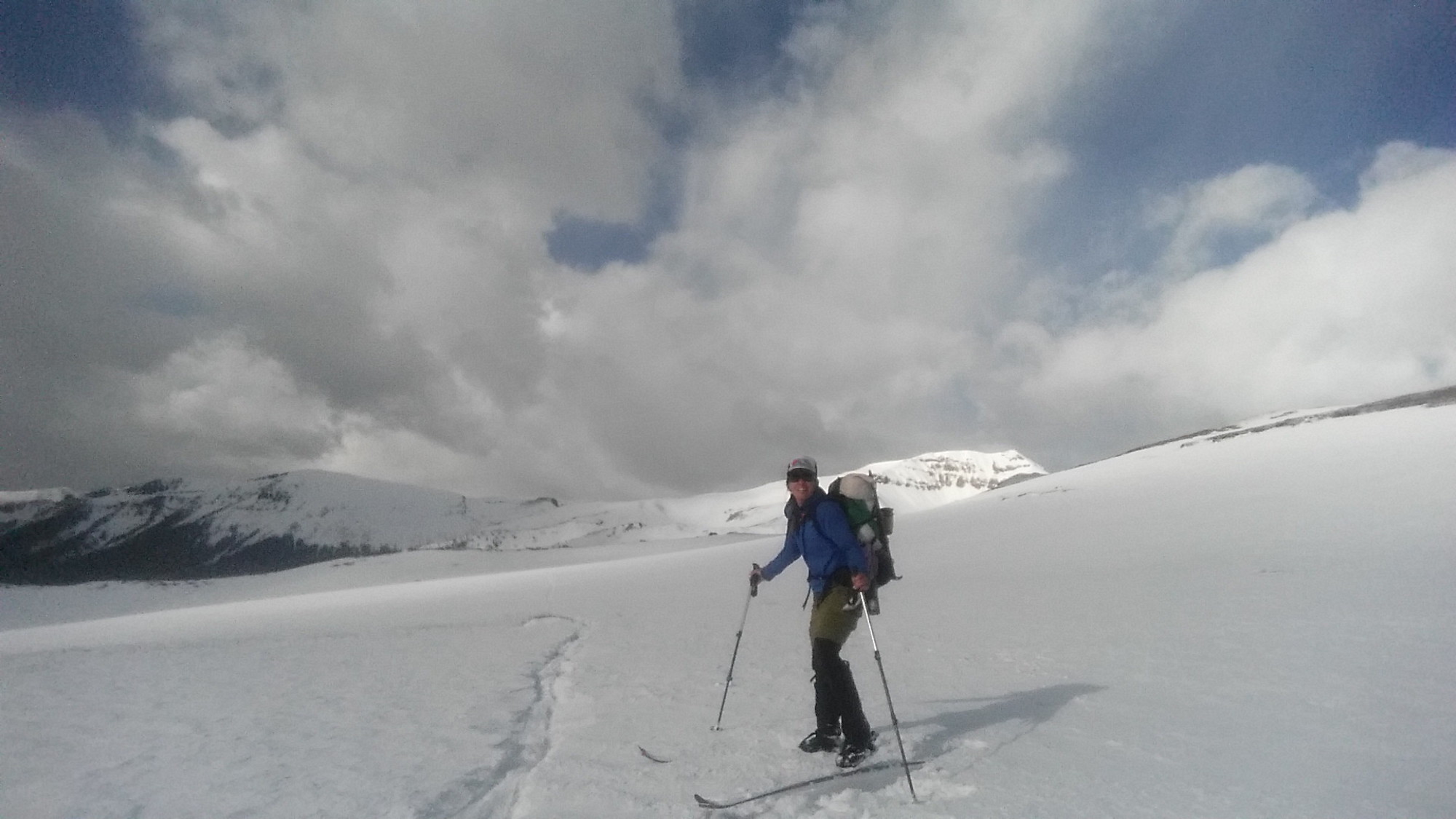 New snow was still falling on the CDT in early June. Here I hopped back up on the divide at Carson Pass near the end of the San Juan section. I was getting tired of the snow by this point and soon after sent my skis home. 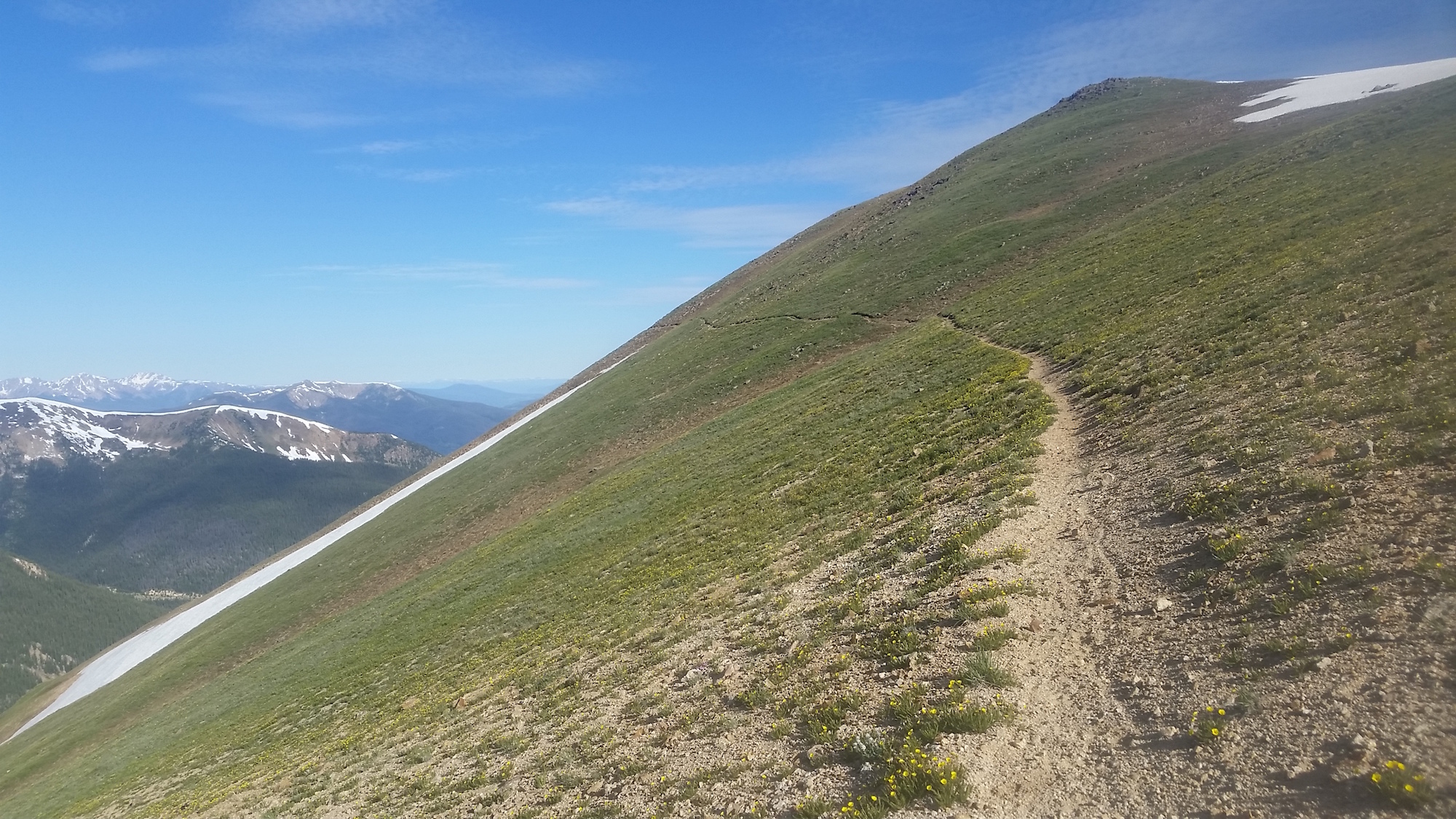 I love a good ridge walk, and Colorado didn’t disappoint. This section near Berthoud Pass was stunning, but I was well into the summer afternoon storm cycle, so I found myself racing across the beautiful ridges to get to treeline before the lightning started. 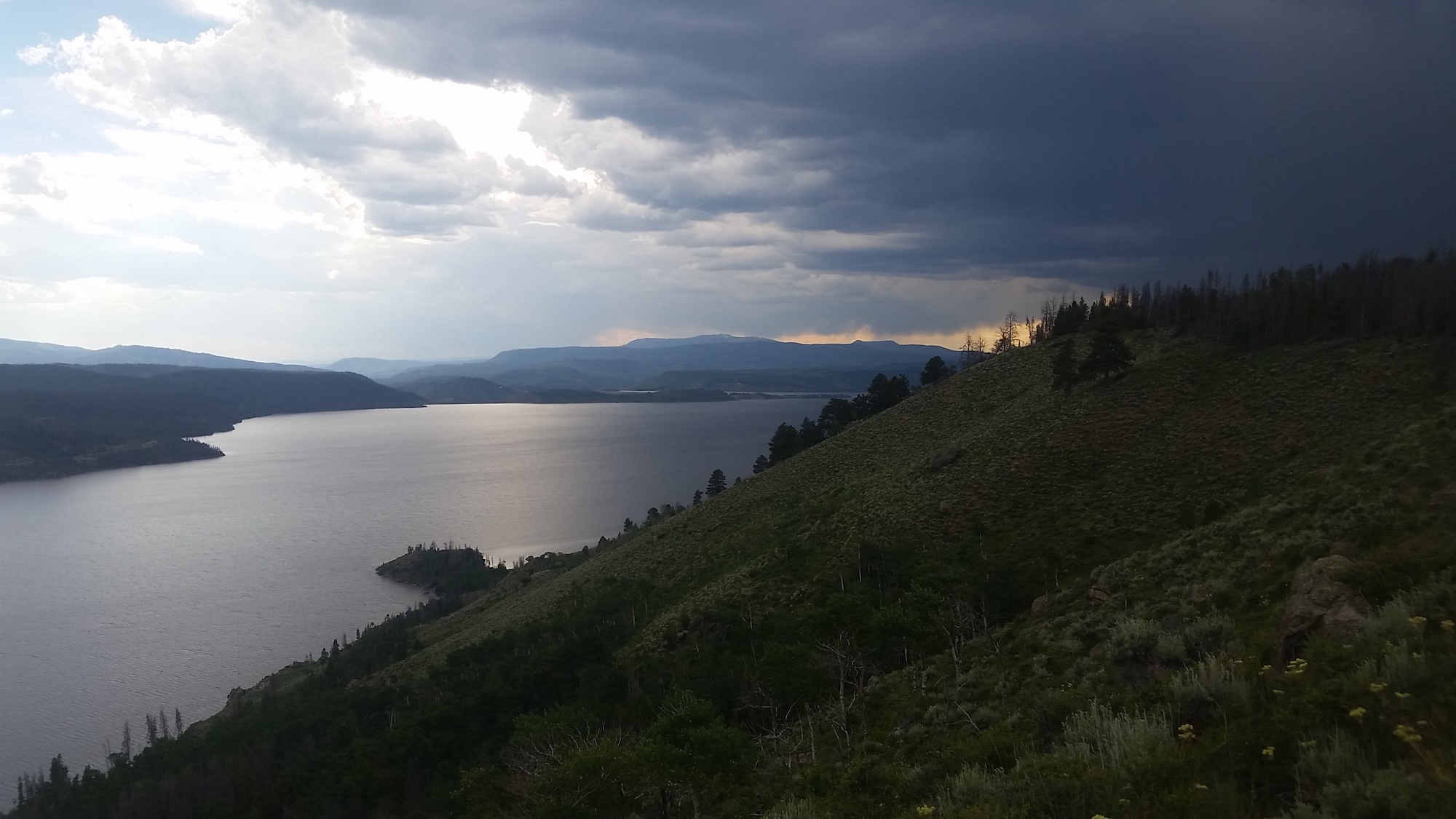 Storms were my constant companions on the trail. As I was approaching Grand Lake Colorado, I was caught in a massive thunder and lightning storm. The dark clouds made for some dramatic scenery though! 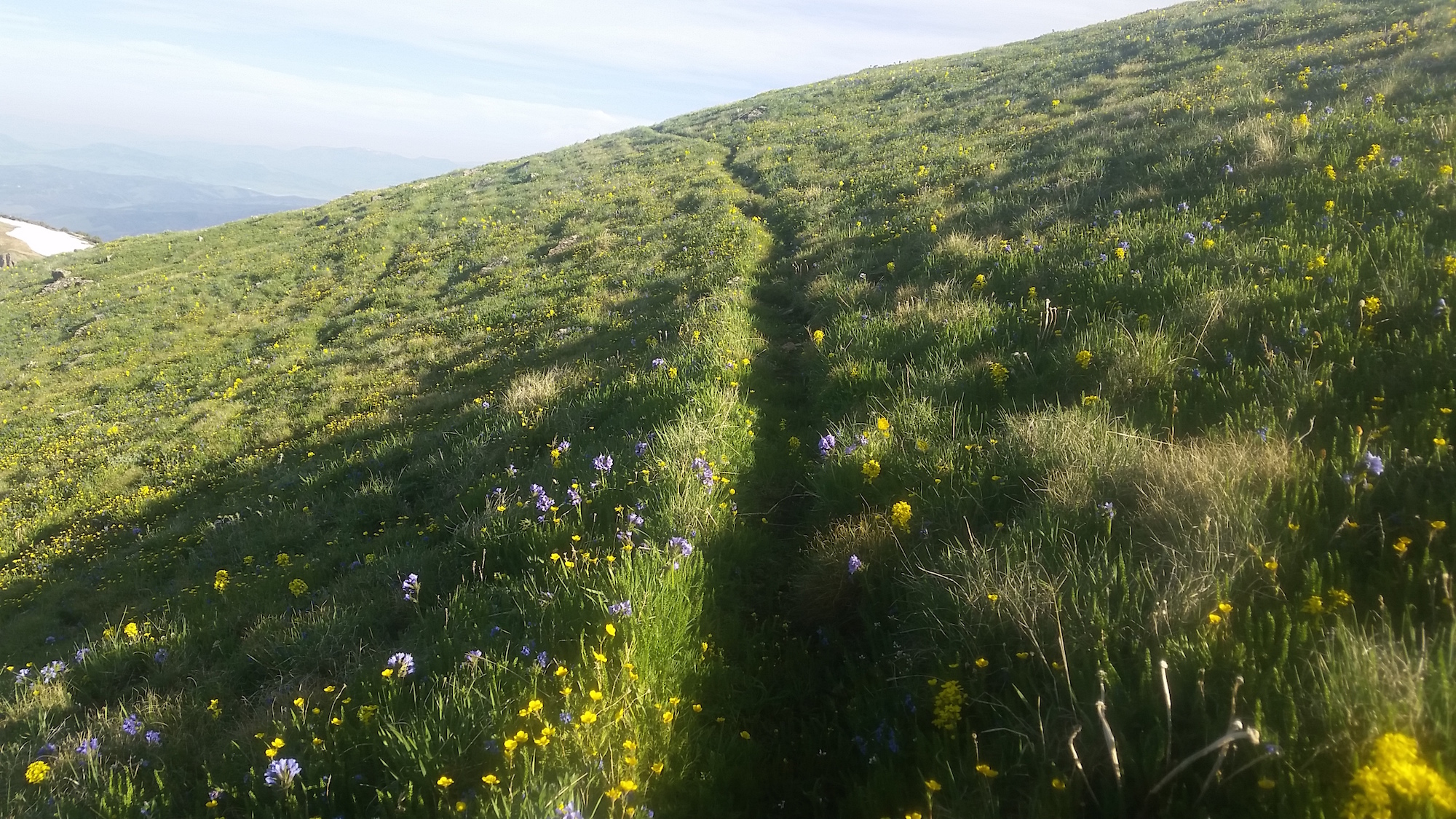 The snow finally gave way to wildflowers in late June. It was a treat to walk across huge areas carpeted by all colors of flowers. Instead of hiking in this section, I would call it more of a frolic. 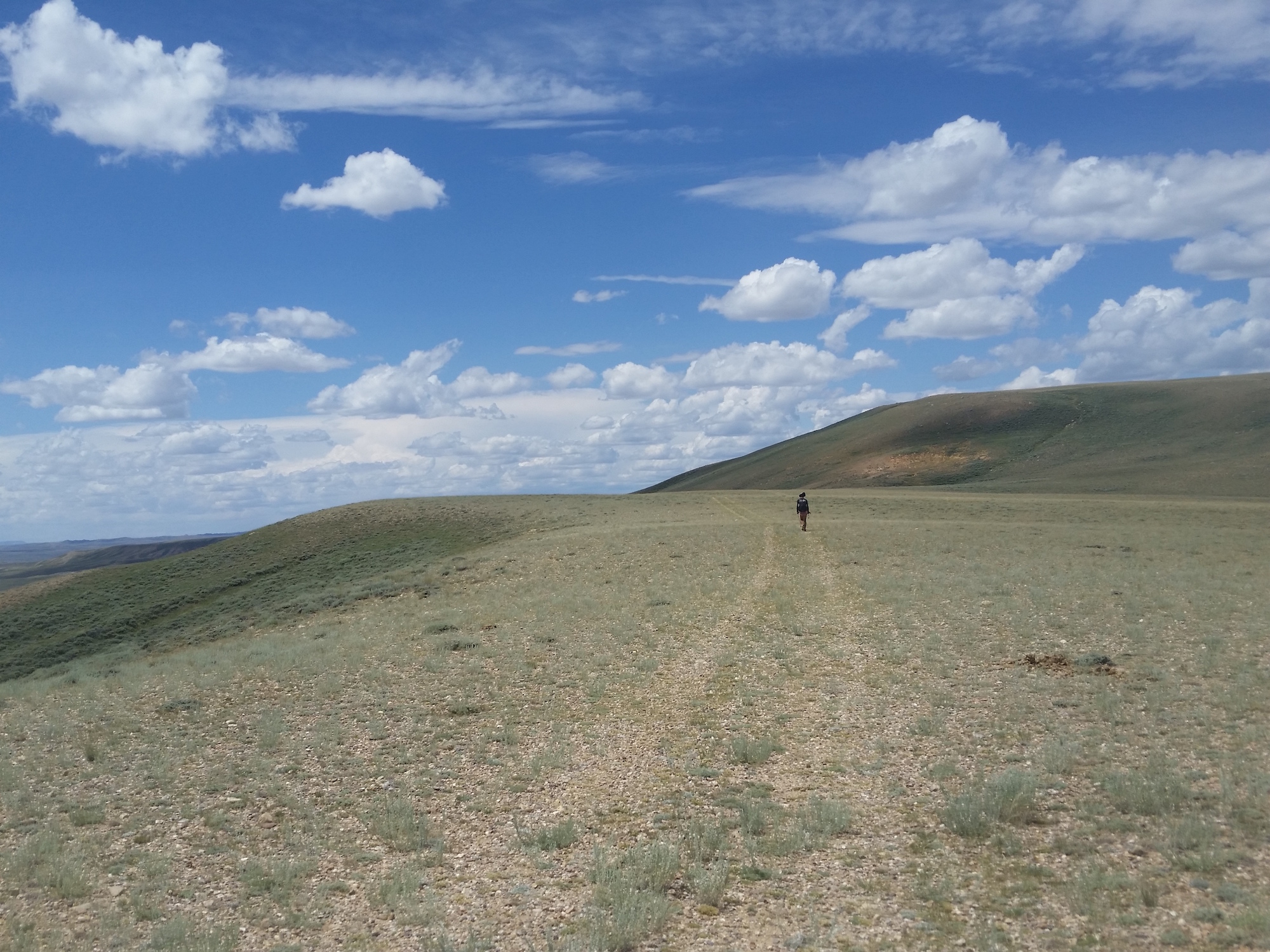 The Great Divide Basin in Wyoming was one of the most remote sections of the CDT, but the endless sky and vast rolling hills were one of my favorite parts of the trail. I hiked alone for most of the trail, but in this section I was joined by three other hikers; it was great to have the company. 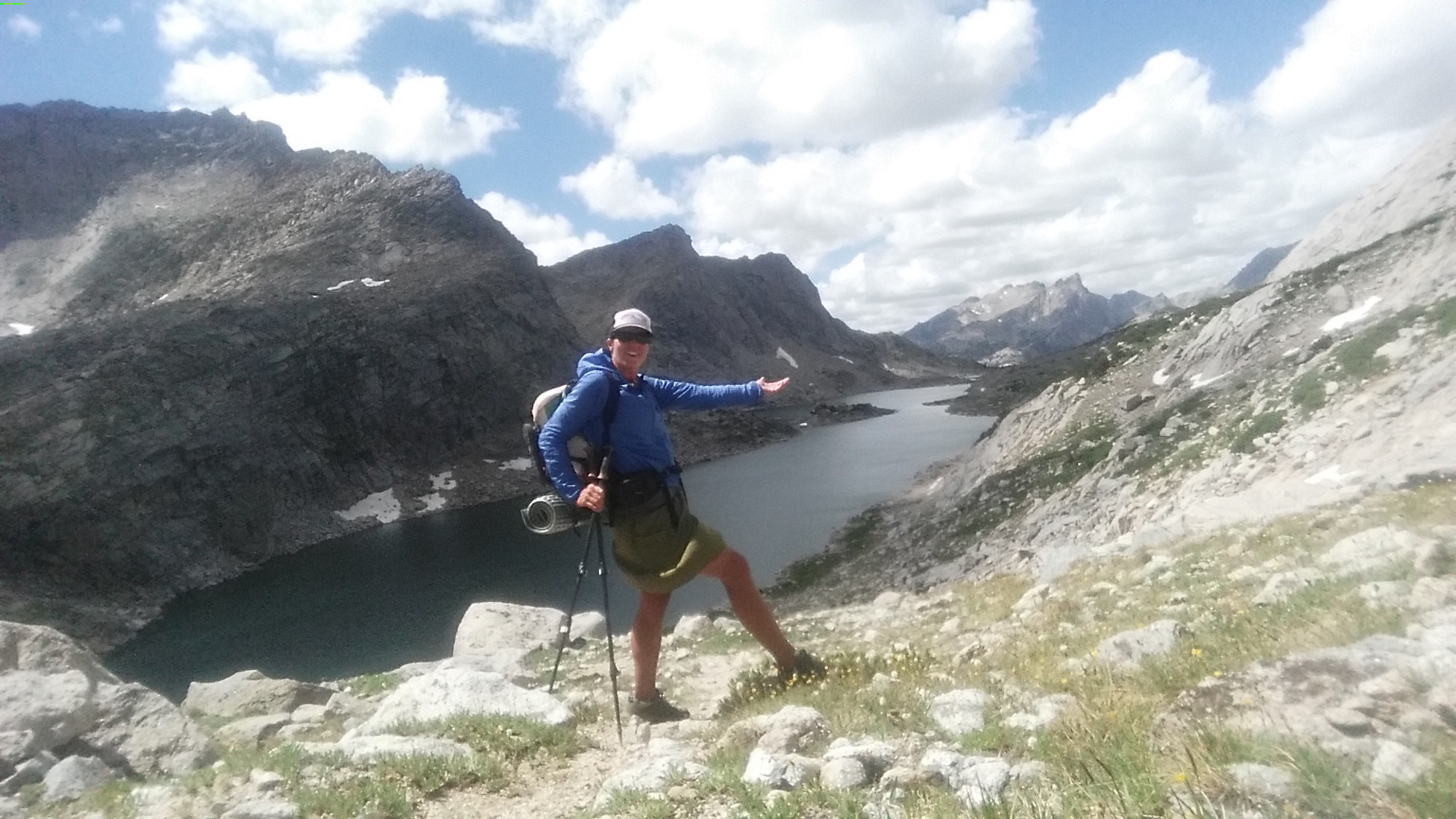 The Wind River Range in northern Wyoming was hands down one of the most stunning sections of the CDT. Even though the trail winds around the granite peaks for about 100 miles, we barely scratched the surface of the potential hiking in the area. I will go back to do more exploring. 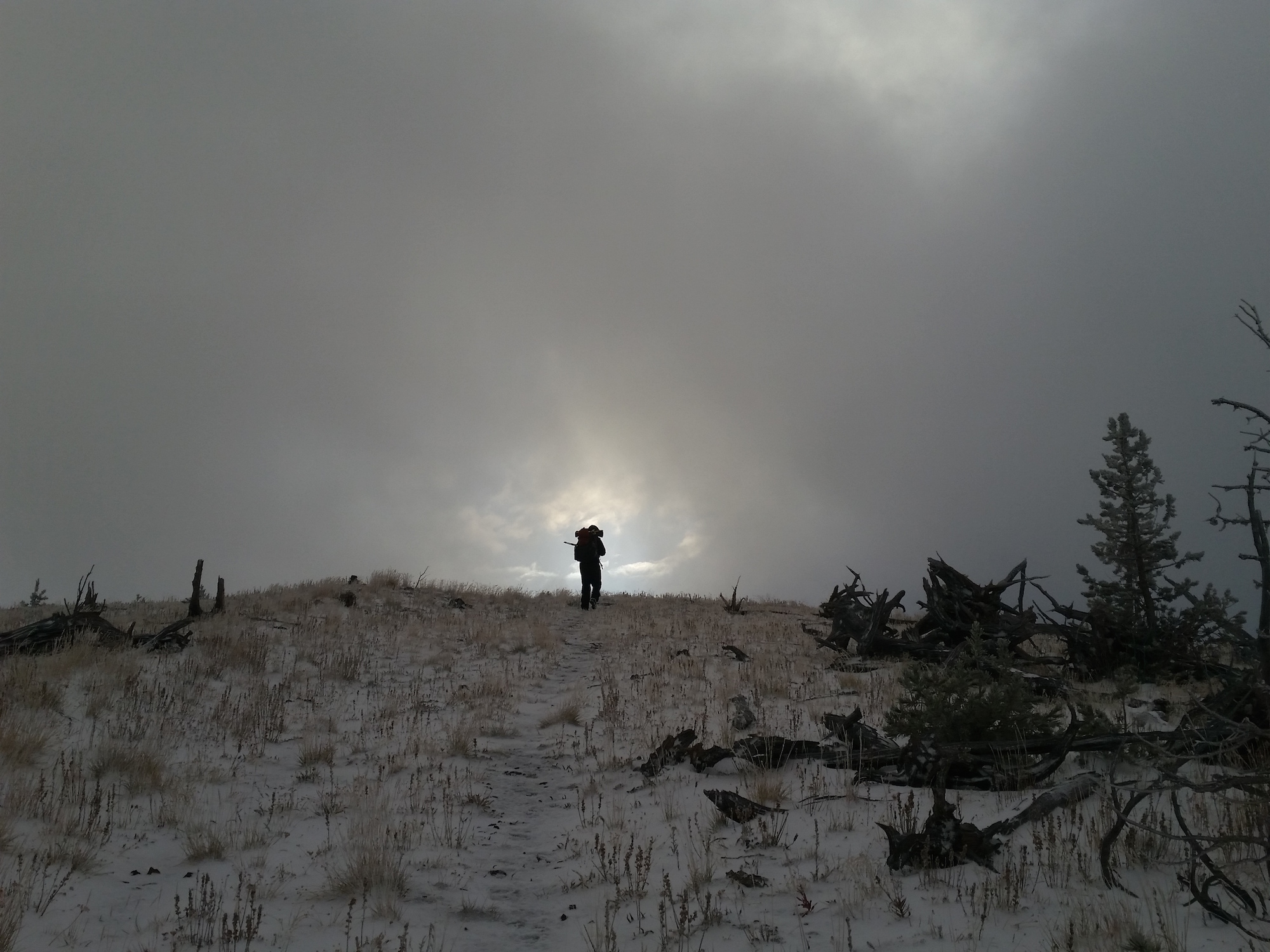 More snow! A storm caught me and a fellow hiker in a blizzard just out of Helena, Montana. It was early September and the weather reminded us that winter was around the corner. The clouds and snow made for some dramatic images though. 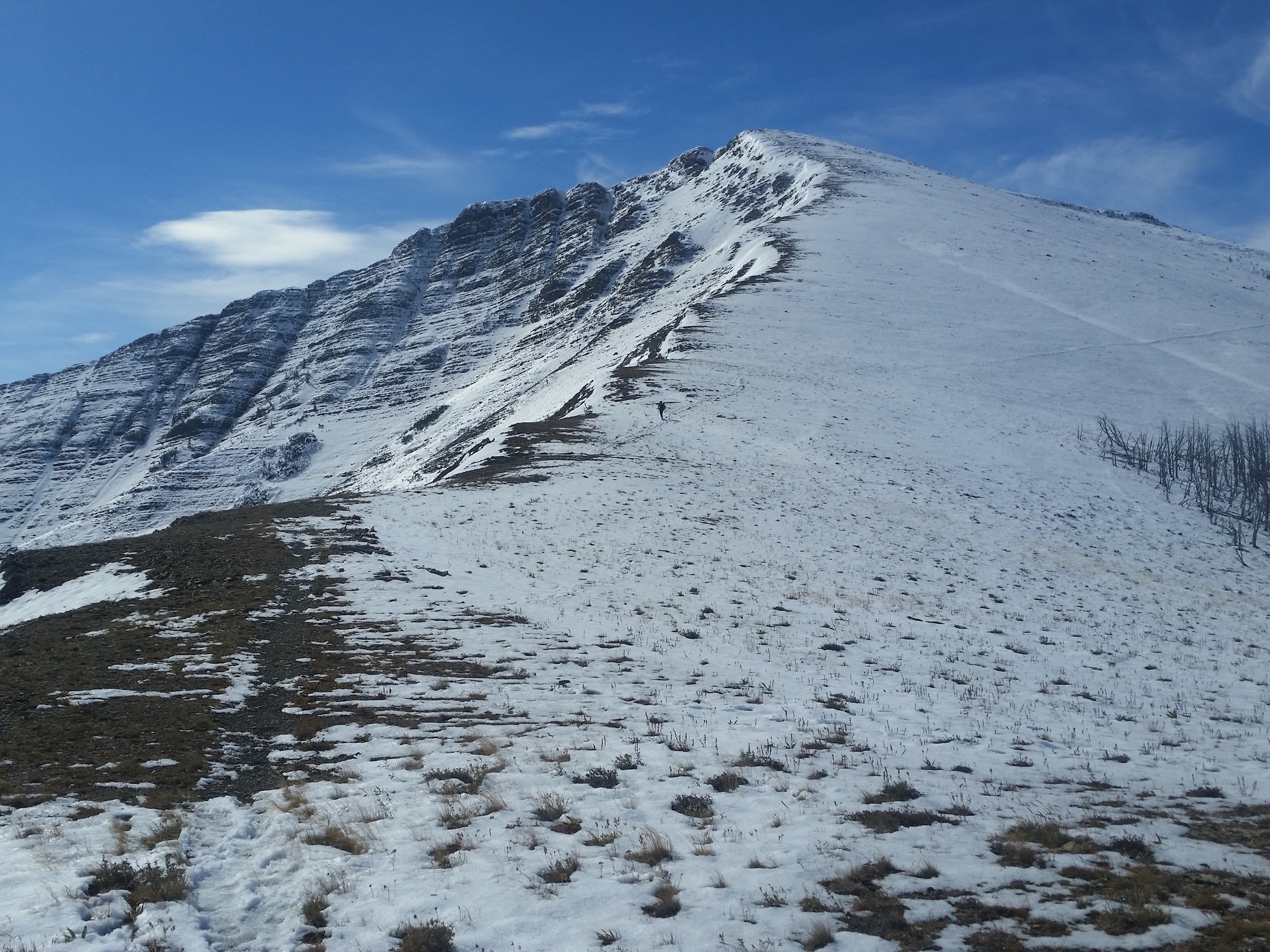 We lucked out and a snow storm in early September helped put out the fires that had closed most of the CDT in the Bob Marshall Wilderness. The day we started this remote section the trail reopened, and we were treated to some excellent views where the snow still lingered. 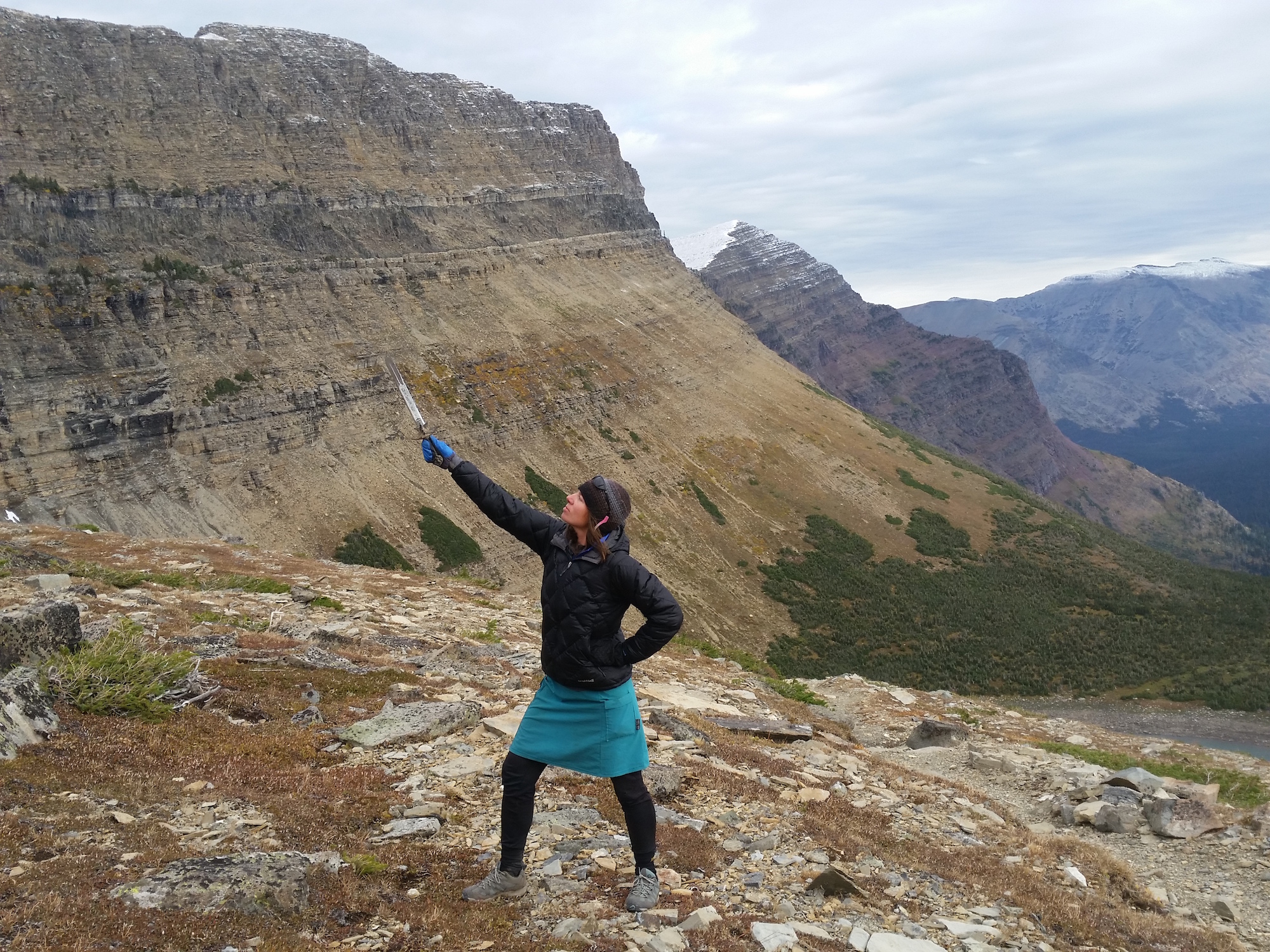 My trail name is She-Ra, based on a cartoon I would watch growing up about this “Princess of Power.” Right before I started the last section of the trail in Glacier National Park my good friend sent me a sword so She-Ra could finish the CDT in style.
View More 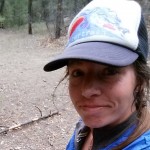 Author: I have always placed more emphasis on having experiences and challenging myself than keeping a steady job and padding a bank account. This sense of exploration led me to join the Peace Corps after college, and hike my first long trail soon after. Eight thru-hikes and 10,000 miles later I am still in love with discovering my surroundings on foot and now I’m able to use all those experiences in my newest endeavor as the Trail Coordinator for the 750 mile Oregon Desert Trail. I will never stop hiking, and I like to say my favorite trail is the one I haven’t hiked yet.