Last year, David Clock hiked California’s 211-mile John Muir Trail. His striking photos reveal the grandeur of the trail’s surrounding terrain, and they kick off our series: “Thru the Lens: Photo Journeys of the Major Thru-Hikes.”

Thru the Lens: The John Muir Trail 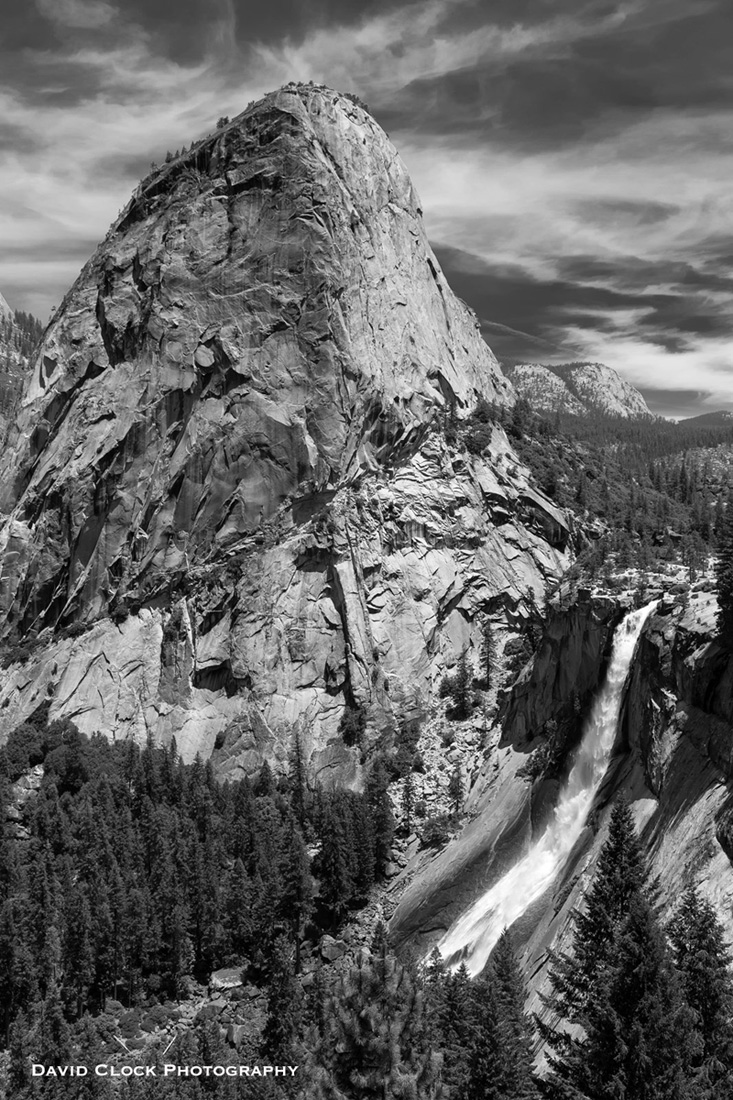 The John Muir Trail starts in Yosemite Valley, inside beautiful Yosemite National Park at an elevation of 4,000 feet. It’s a fitting start to such a grand hiking trail and the lowest elevation point of the next 211 miles; only a few points barely dip below 8,000 feet. This scene of Nevada Falls only a few miles beyond the start prepares you for what you will experience over the next 22 days. When you start the John Muir Trail, big granite walls surround you. But once you leave the valley, the scenes open up and you begin to climb steeply. 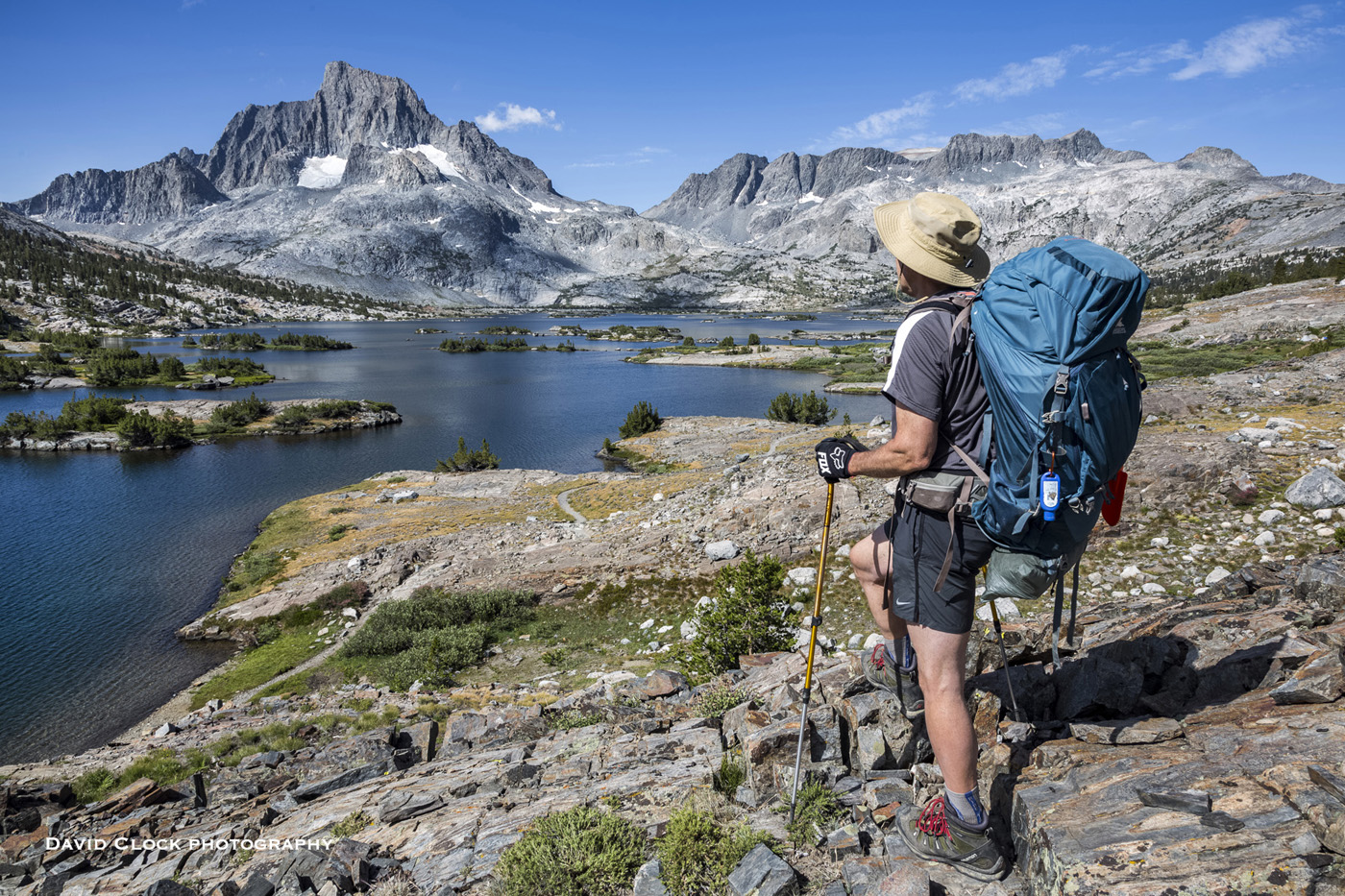 A few days in, the JMT leaves Yosemite park boundaries via the 11,000-foot Donahue Pass. Soon it spits you out against one of the most beautiful lake scenes trail has to offer, the Thousand Island Lake. This is the stuff of magazine covers—an overnight must on any JMT bid, with any good camp spots with to-die-for views of Thousand Island Lake, Banner Peak and the Ritter Range. Elevation at the lake is a little under 9,900 feet. 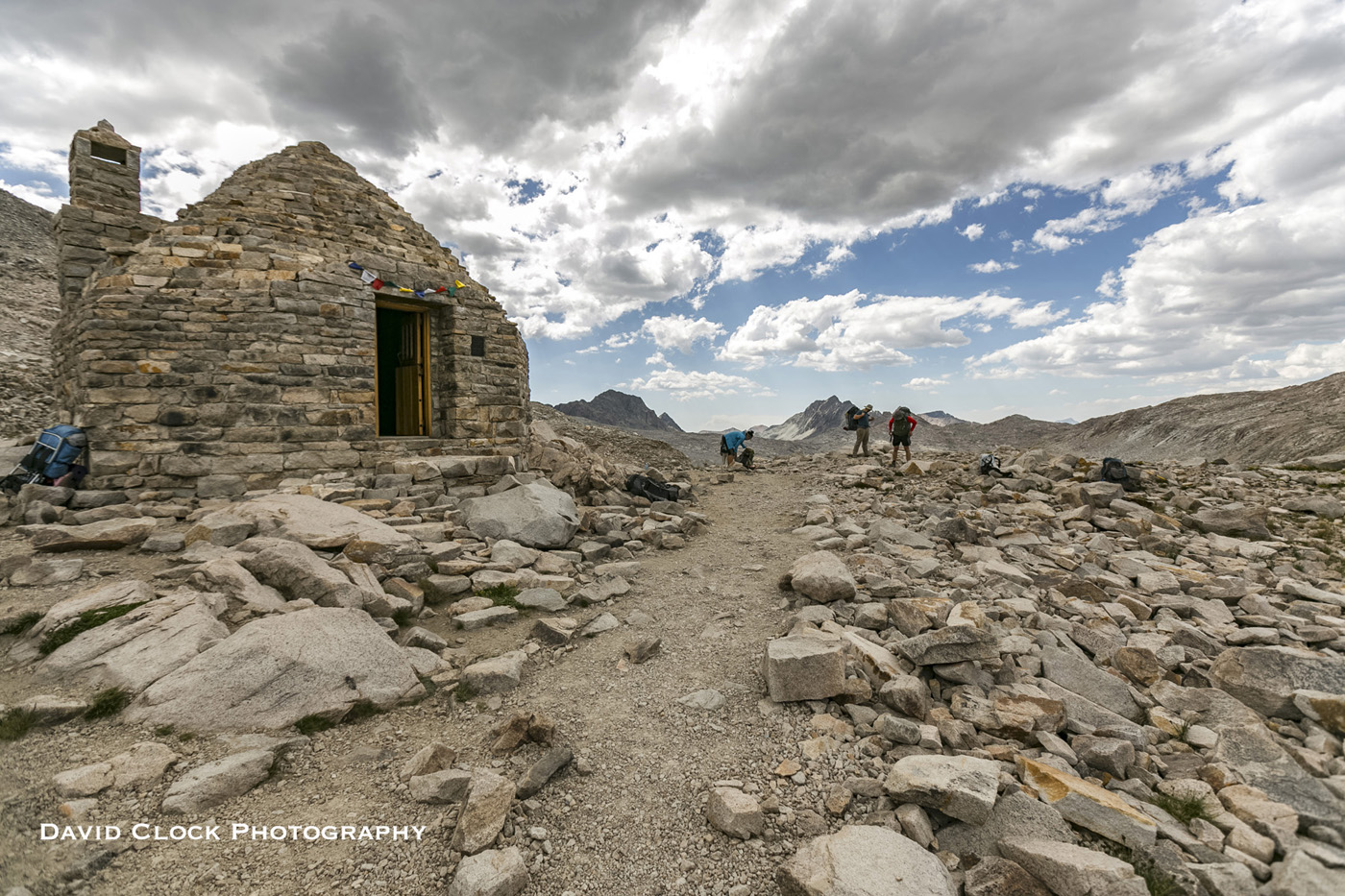 For the next few days or so, you’ll be in and out of tree cover, passing by Reds Meadow, Devils Postpile National Monument, numerous lakes, streams and mountain scenes, heading from the east side of the Sierra to the west, eventually passing Muir Trail Ranch at the halfway point. This is a common stop for everyone to resupply their food. Shortly after leaving MTR, you enter Kings Canyon National Park, the second of 3 national parks you hike through. The trail enters Evolution Valley. It’s now that you finally start to feel as though you are at high elevation. Finally you top out at Muir Pass and the Muir Hut appears, circa 1930. The elevation is around 11,975 and the views are getting bigger. 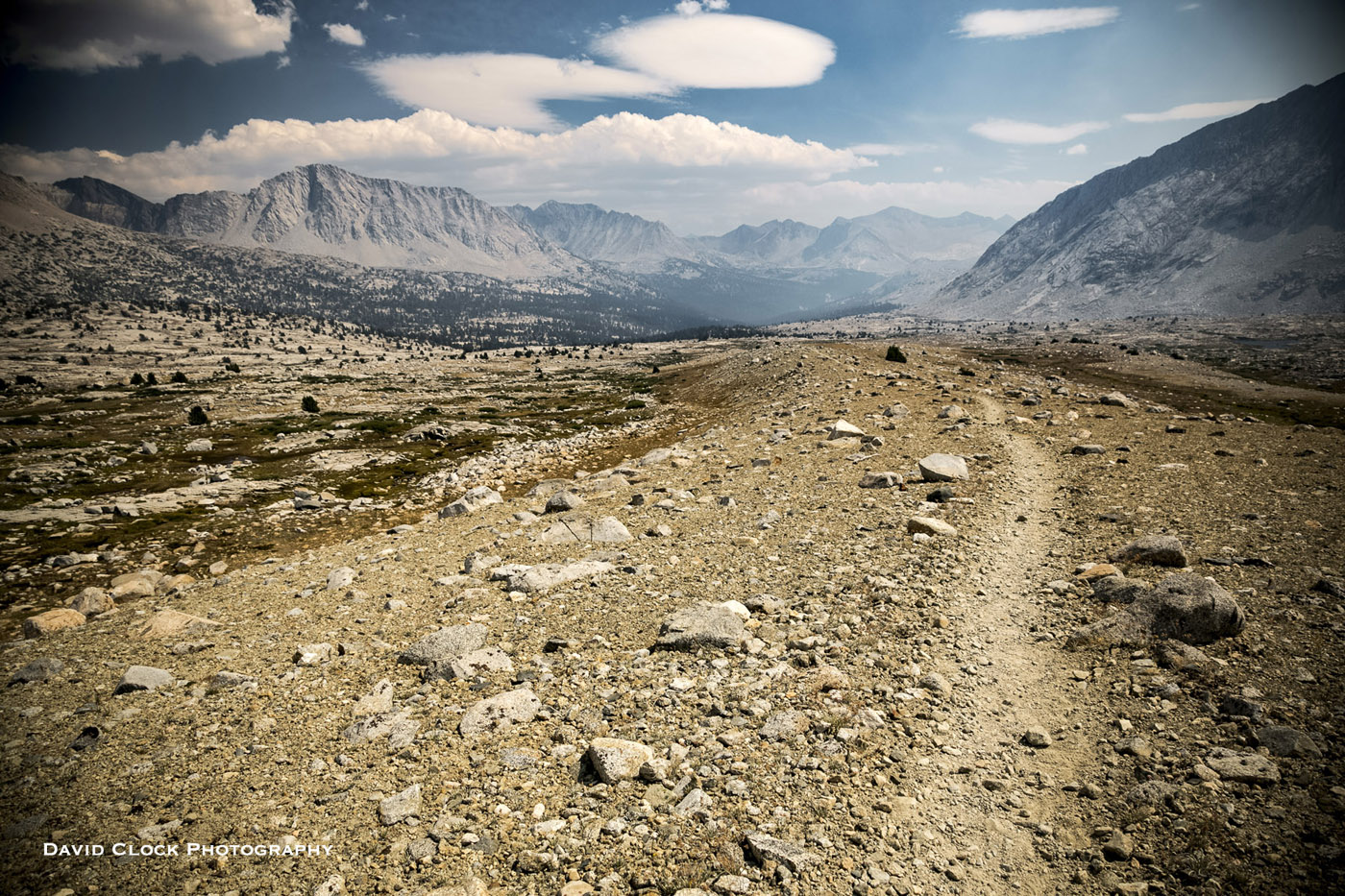 A day or so later the trail goes up the Grand Staircase, named for its many switchbacks up a narrow canyon. It then continues to climb up to 12,100 foot Mather Pass. Just be sure to look behind you as you ascend Mather Pass, the view is stellar. The Palisade Lakes in my panorama shot are below big granite peaks. By now you’ve realized that there is plenty of drinking water, sometimes constant as you hike along creeks and by many lakes. Once you start to descend Mather Pass you enter the dry and desolate Upper Basin. By now you start to feel like the big ups and downs each day are more manageable, less painful, somewhat easier. 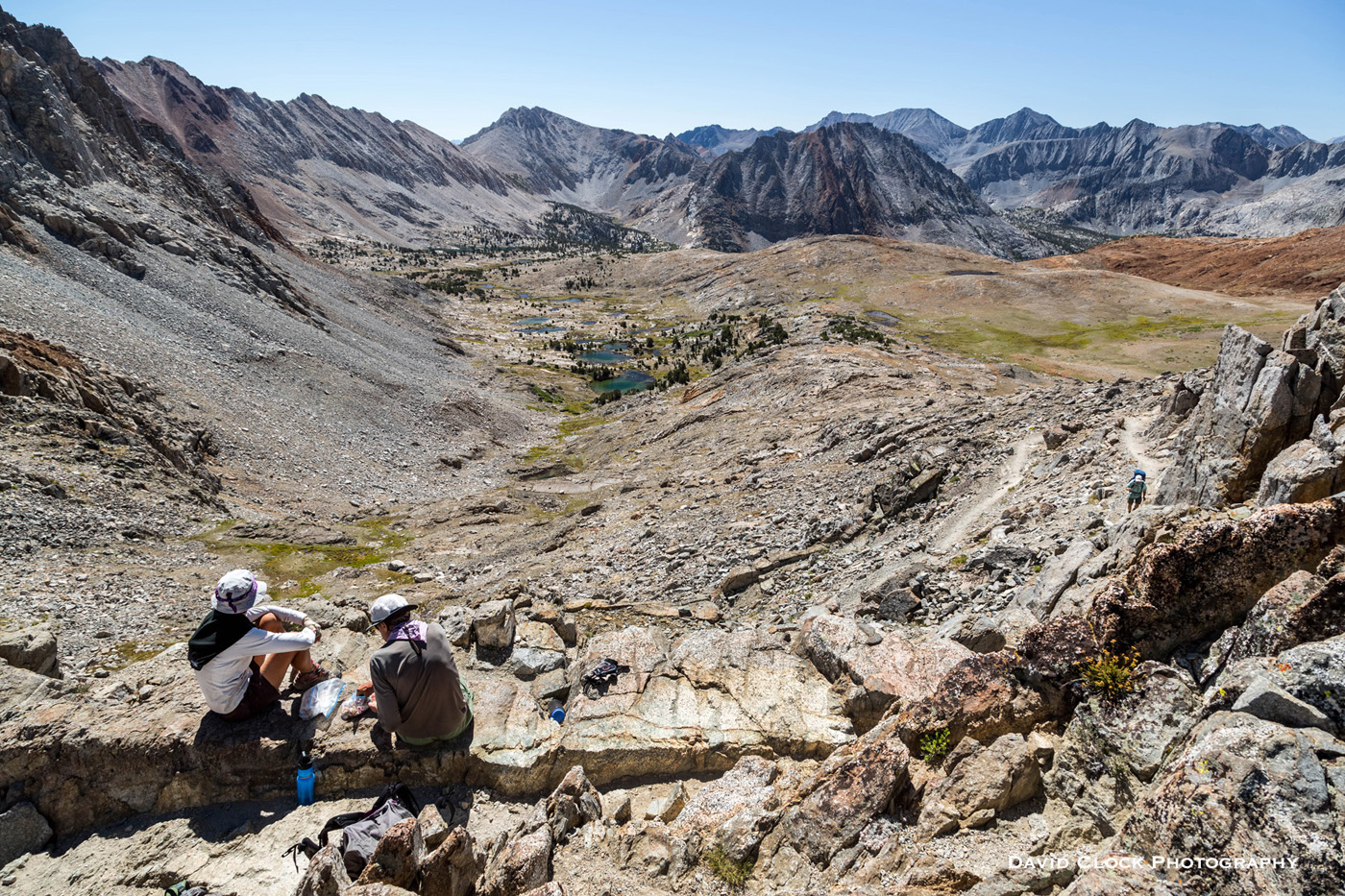 Next up is Pinchot Pass at around 12,050 feet. This is a great lunch spot, you will want to linger and soak in the views, all directions are incredible. If you have the time, stop at the lakes along the JMT and take a swim once in a while; you get all the trail dust and stink off you, and feel refreshed and ready for the next big day.

From Forester Pass you descend through another long, dry, rocky zone. Five miles later you get to Tyndall Creek, Shepherd Pass trail, and Tyndall Frog Ponds. This night tent image will stick with me a long time. 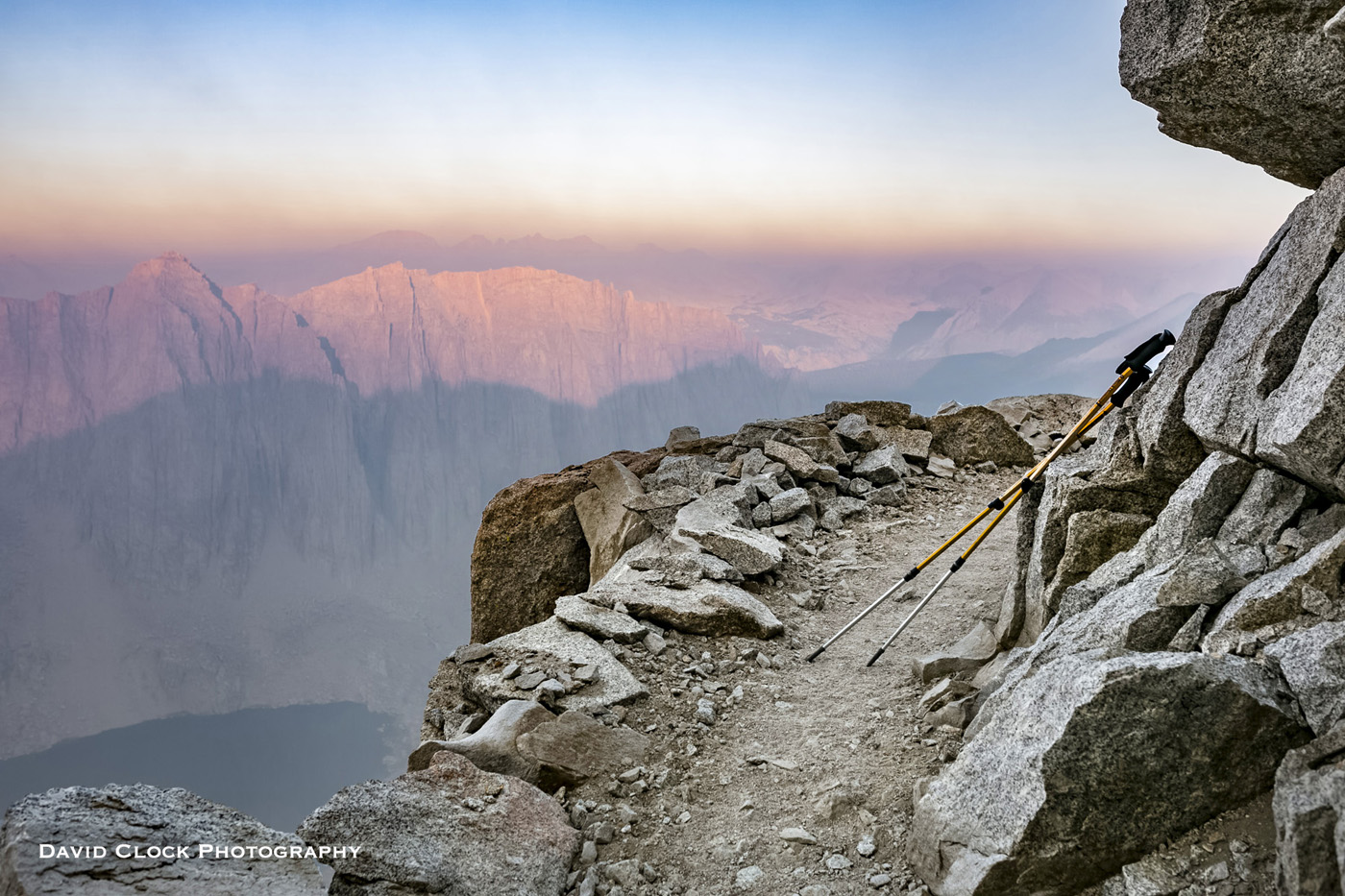 Now Mount Whitney is less than 8 miles away. At Guitar Lake morning blue skies gave way to heavy smoke from the fires. With only a few miles to go and a cliff side view of Mount Hitchcock at sunrise, the smoke began to lift and epic scenery engulfed me for the last stretch to the summit of Whitney. 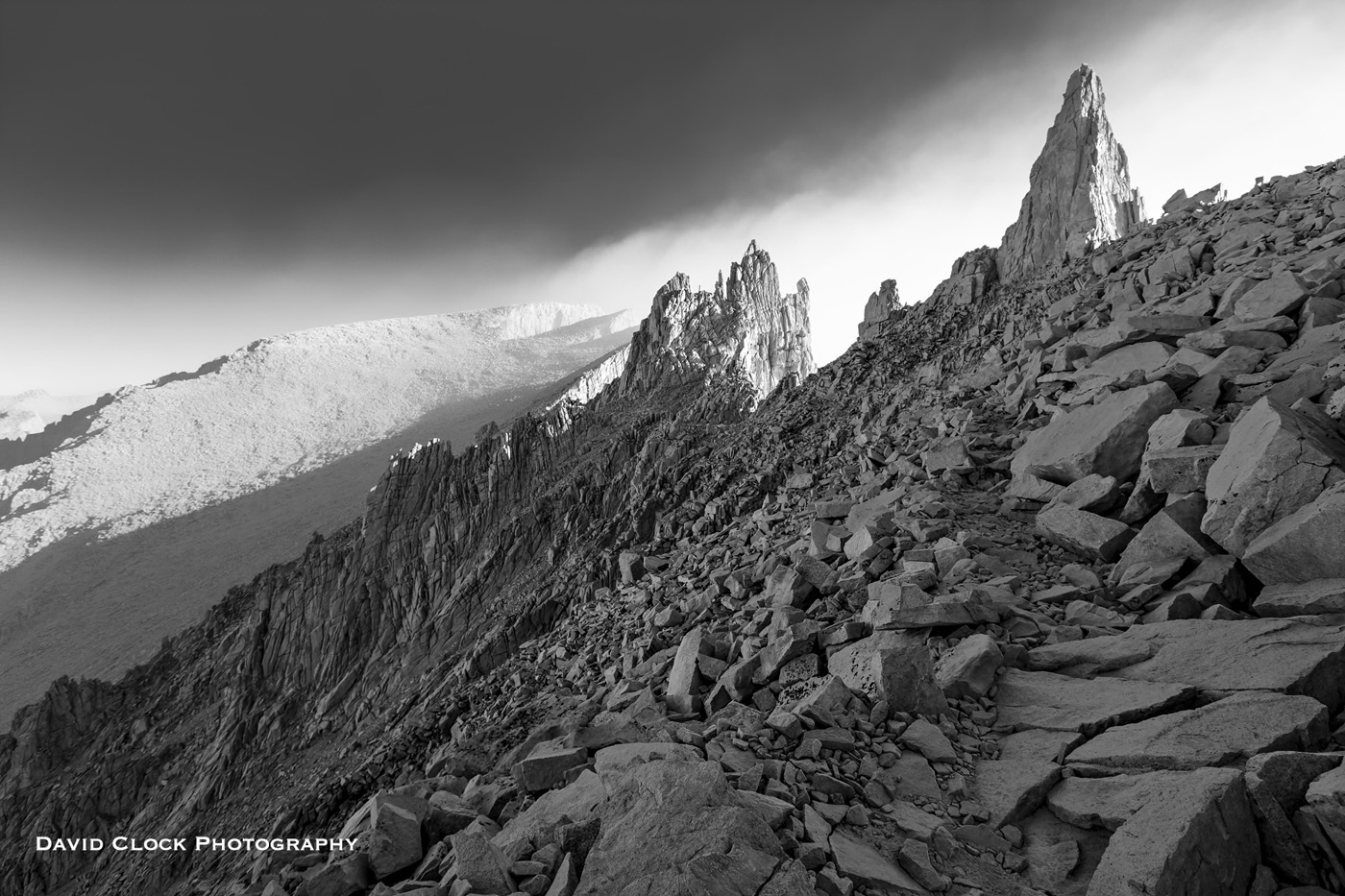 Once on the summit, the smoke cleared almost entirely, leaving a grand view. The 360 panorama from Whitney makes you feel like you’re on top of the world at 14,500 feet. This is the finish line. Now one more final 11 mile descent to Whitney Portal is all that’s left. 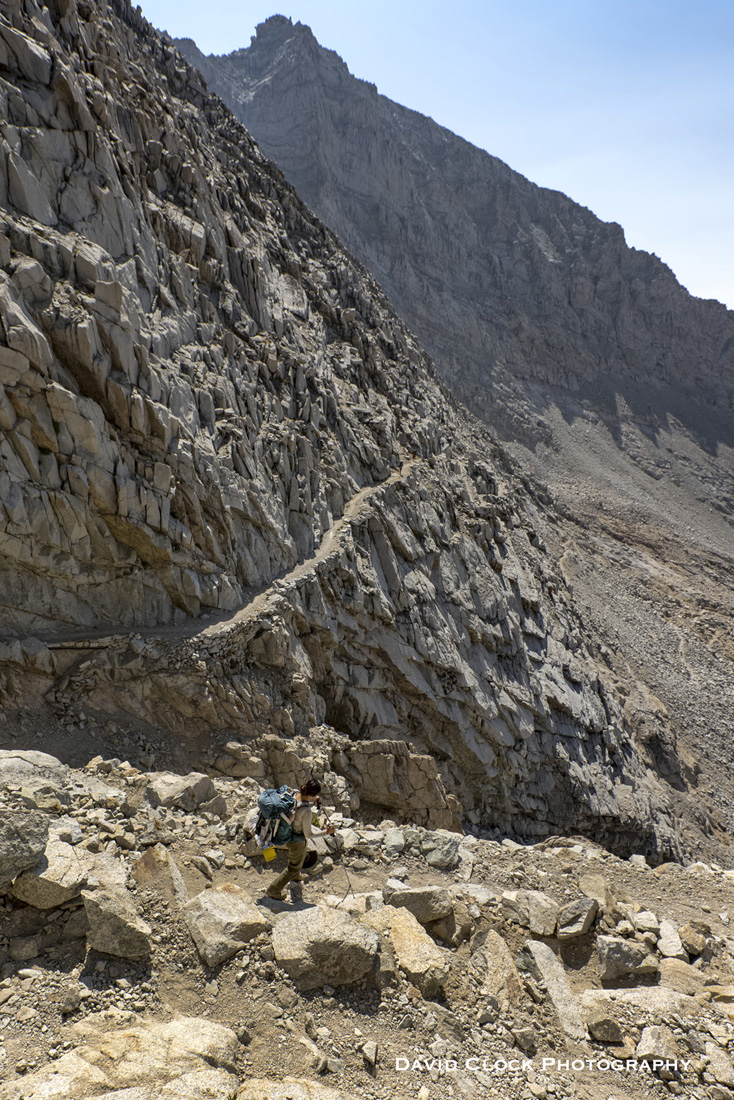 You will drop from Pinchot down to Woods Creek and the long suspension bridge at around 8500 feet, back into tree cover. Then the trail wends toward the wonderful Rae Lakes area—must-camp spot. Next, you climb up to Glen Pass around 11,925 feet, and eventually down passed Kearsarge Pass Trail, which is your last logical resupply opportunity. From here the last 30 miles of the trail is all above 10,000 feet. Once you leave Lower Vidette Meadow, you feel the next big climb, going from 9,500 feet up to Forester Pass at 13,200 feet. It’s not a steep climb, but a long approach. Immediately descending Forester Pass, the trail is a bit exposed and carved out of the mountain side. The views are grand so watch your step.
View More