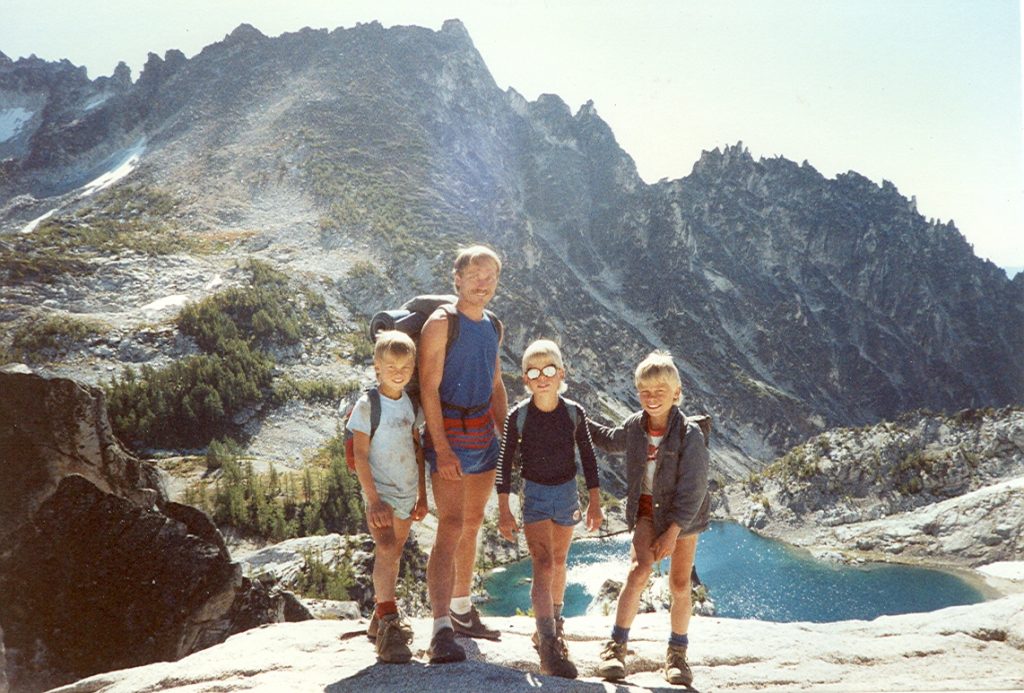 The first book I ever read was Banner in the Sky where I imagined I was Rudi, the 16-year-old who dreamt of ascending the Citadel, an unclimbed mountain that dominates the quaint town of Kurtal where he grew up. 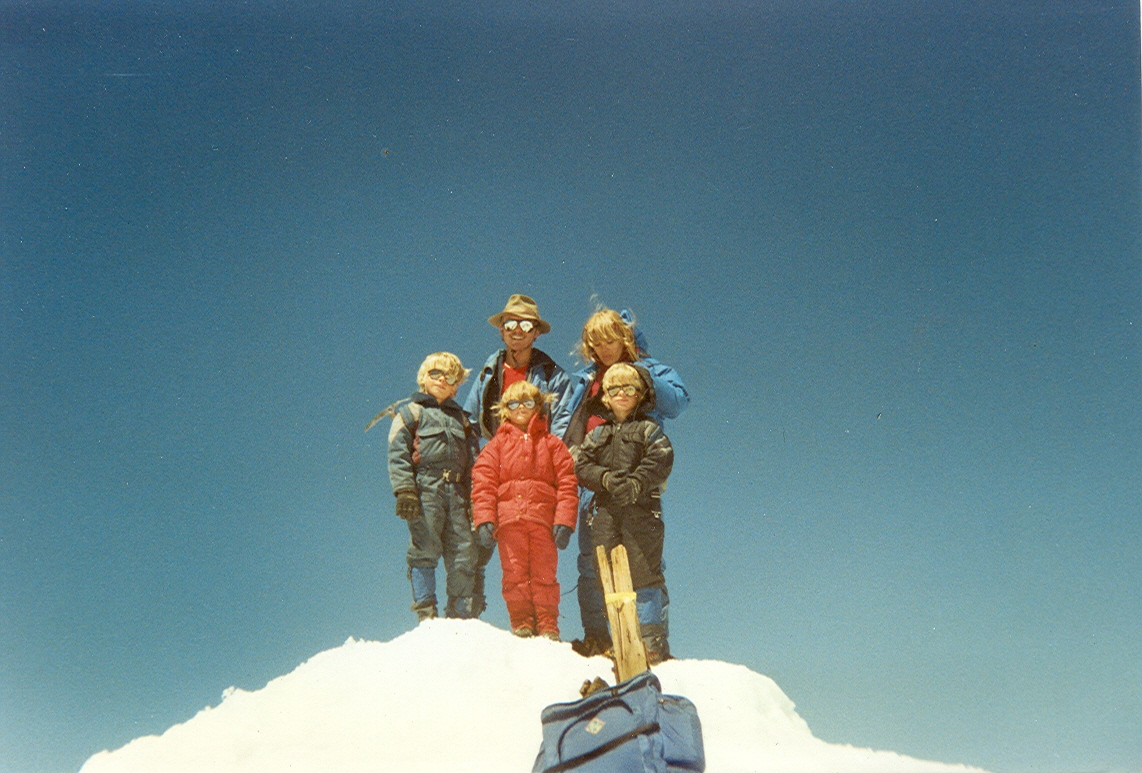 I loved the story because Rudi’s universe and mine had parallels. Above my childhood home rises the tallest mountain in Washington State, Mount Rainier, and at age six my twin brother, Josh, and I set off to become the youngest to ever climb it. In preparation, my mom sewed homemade gloves and my dad had crampons forged by a local metalsmith for our too-small feet. After school we ran stairs at Mount Tahoma High School to get into shape and on the weekends we climbed to Camp Muir over a dozen times, and summited Mount Adams, but our training fell short. Even now, I clearly remember the decision to turn around, forfeiting the summit two thousand vertical feet short of the top due to lack of daylight.

Not summiting was the biggest disappointment of my young life, but I stubbornly continued to foster dreams of climbing Mount Rainier, of returning to her slopes for another round. 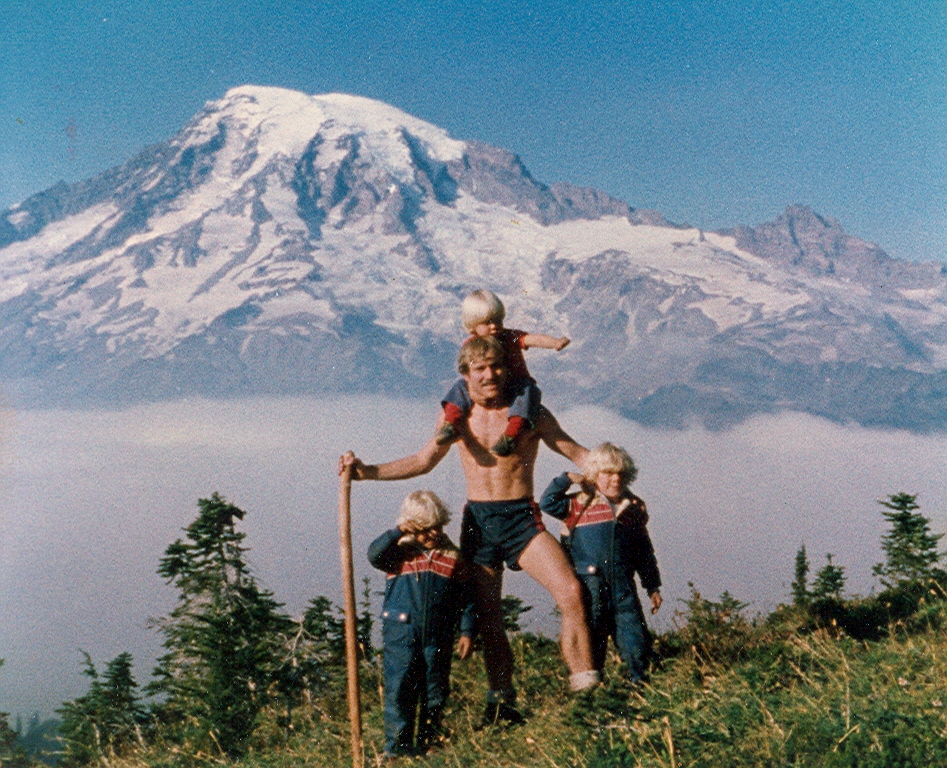 Before I was a teenager, my family adventures took me to the heart of Olympic National Park’s Mount Olympus; to Glacier Peak wilderness on a sixteen day circumnavigation of Glacier Peak; to every major national park on the West Coast; to the tallest summits in the region—Mount Hood, Adams, Saint Helens and, proudly several years after our initial attempt, to the summit of Mount Rainier, which had for so long dominated my dreams. 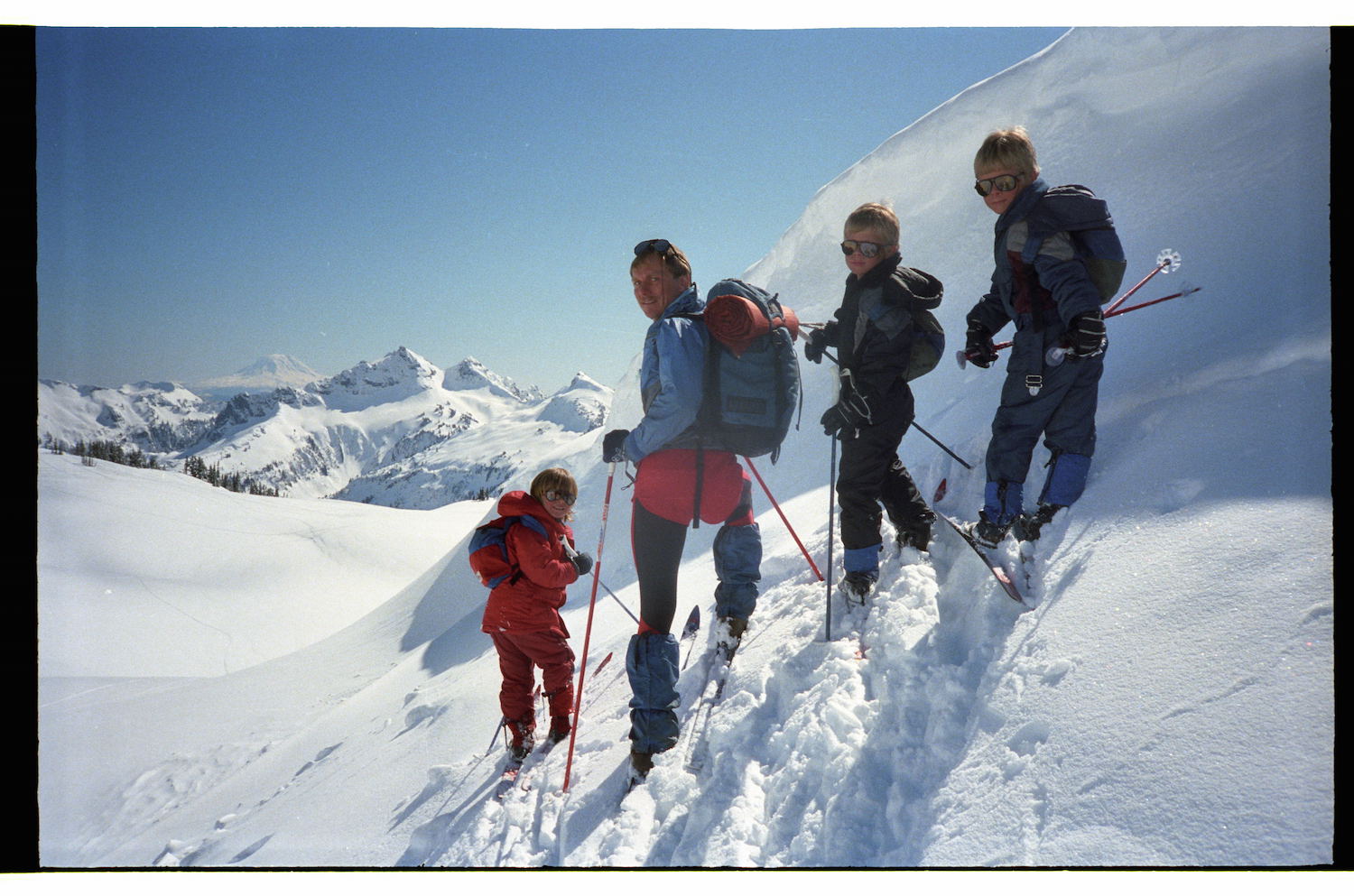 In those early years, the mountains were very central to my life. Back at school kids nicknamed my brother Josh and me ‘He-Man’ (after the blond haired super action hero) when we left our fellow students far behind on a climb at a weeklong summer camp in 6th grade. From then on it was “Hey HE-MAN,” from every student for the remainder of my school years.

Being He-Man might have meant that I should have been involved in school sports, but I didn’t want to sacrifice even a few of my weekends of climbing, skiing, biking and hiking. I’ve come to realize that while team sports build character and help kids learn to socialize, there can be subtle drawbacks. Certain key values, I believe, are better learned in the wilderness classroom. Out there, I gained a solid sense of integrity, patience, judgment, comradeship, humor, a capacity for suffering, and the tolerance for making mistakes.

Too few kids it seems are blessed with a childhood raised on adventure. I see many parents who chose to keep their children safely within the confines of urban life, but safety is relative. Learning to manage risk is a skill that is inherent to the outdoors and it has proven its weight in mm’s, a mountain-kid’s currency, throughout my life. 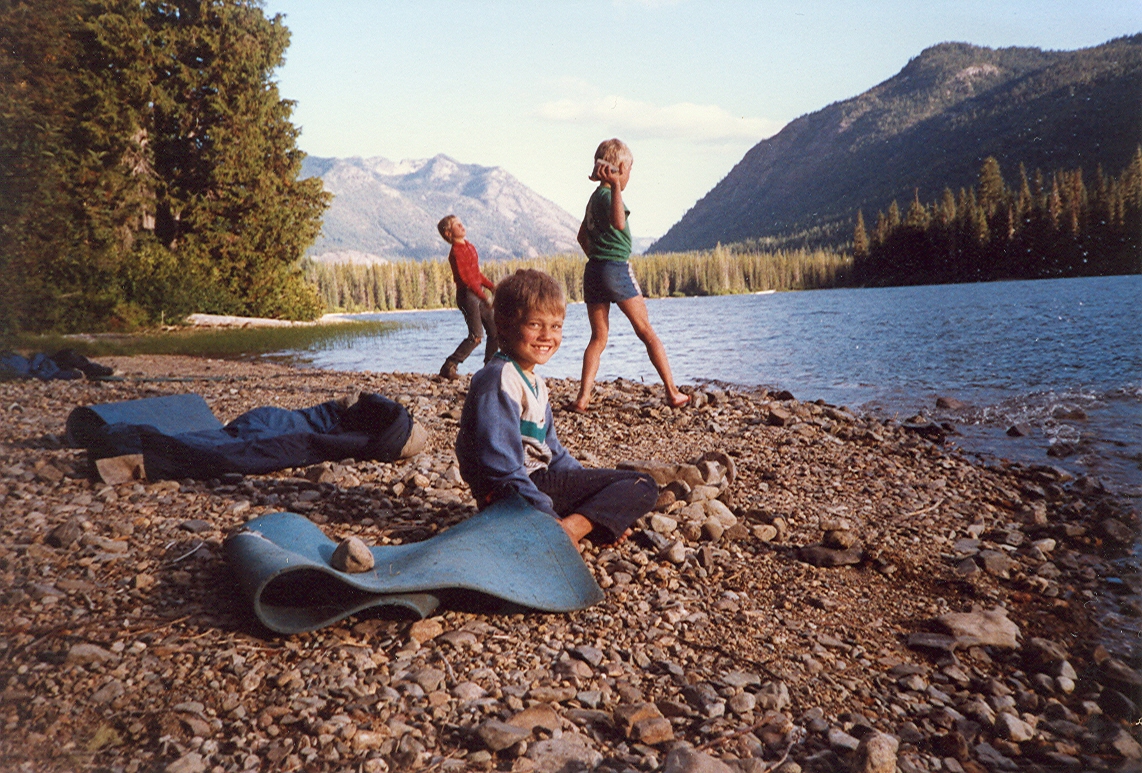 Today I credit much of my independence, self-sufficiency and ability to make difficult decisions to those formative years in the backcountry. I learned to appreciate a beautiful sunset, a rocky summit, a colorful meadow; I learned how the satisfaction of working hard could pay off with a leap into a cold alpine lake, a ski down thousands of feet of blower powder, a feast of blueberries on a late summer afternoon—I learned all of it in those wildest corners we reserve not only for wildlife, but for wild kids. 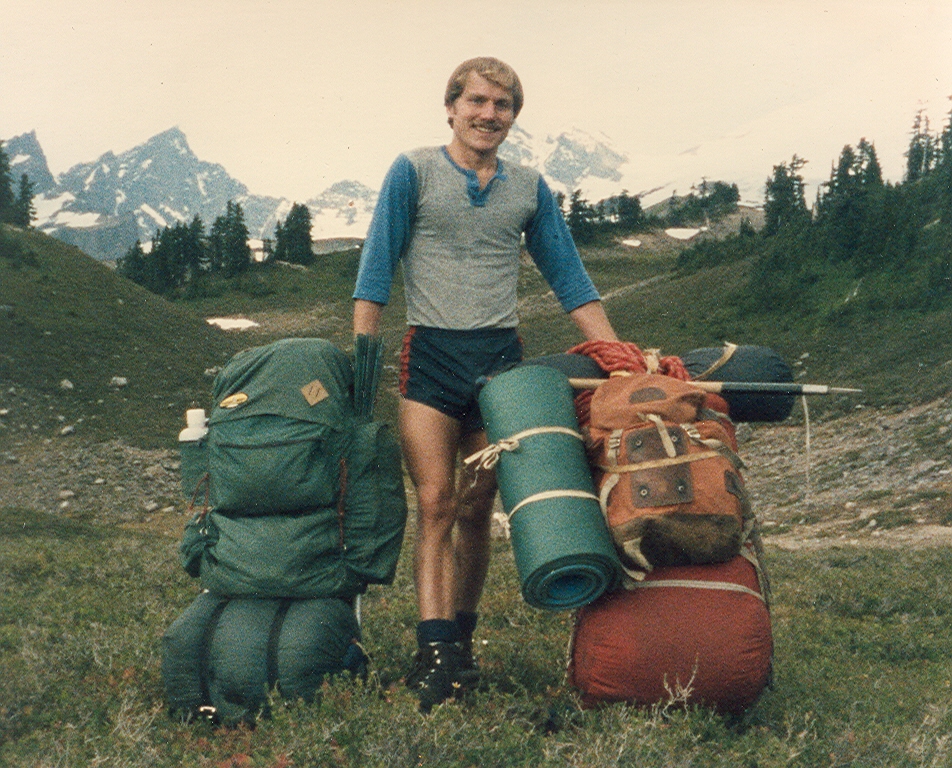 This Sunday, on Father’s Day, I celebrate my dad who “never” got us lost except when he was hunting for a so-called shortcut; who always took us outside even when it was forecasted to rain three inches; who didn’t leave me with a babysitter when he could heave a hundred pound pack on his back and take us to wherever he was going; who always said, “It’s just around the corner.” 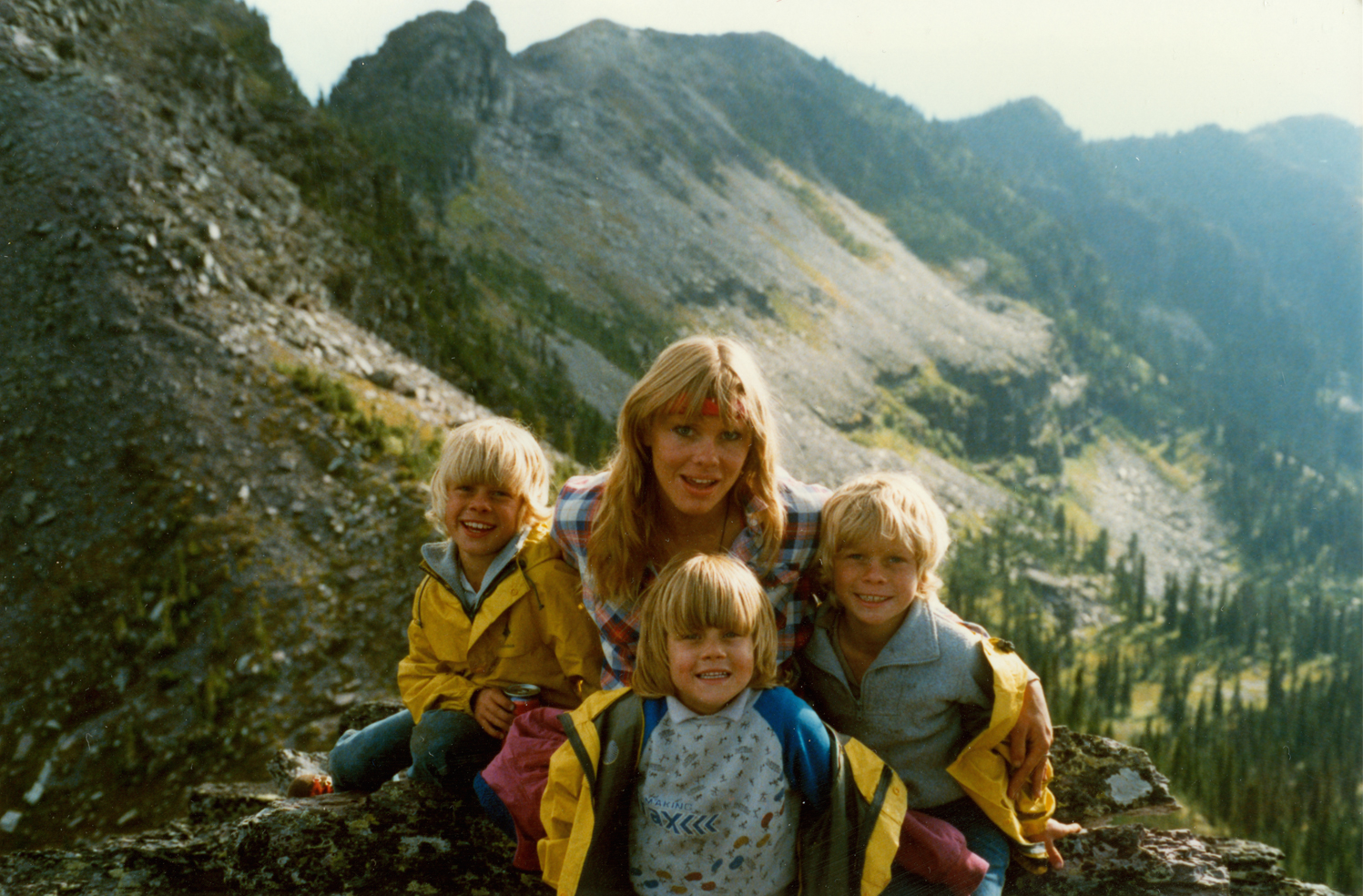 My parents gave me a childhood I’ll never forget. As John Winters advised the adolescent Rudi on the last pages of Banner in the Sky, “Youth is the time for dreams, boy… The trick is, when you get older, not to forget them.”

Thanks Dad, and Mom, for teaching me the important lessons of life through adventure. I am a better man for it.