Eighteen years after his first attempt to reach the summit of Link Sar, prolific climber Steve Swenson finally stood atop the notoriously technical peak in Pakistan’s Karakoram. He was joined by alpinists Mark Richey, 61; expedition leader Graham Zimmerman, 33; and Chris Wright, 36. In an endeavor that was uncertain right to the last moment, the team summitted the 7,041 m peak via its Southeast Face (M6+ WI4 90°, 2300m), topping out at sunset on August 5th. At MSR, we’re thrilled to congratulate the team on such a hard-earned triumph.

Link Sar’s location—set in a deep valley near the contested border between Pakistan and India—had kept its eastern aspects closed to climbers for nearly 35 years, making it one of the highest unclimbed peaks left in the world.

The prized pinnacle didn’t come easily: “It’s an extremely complex mountain with difficult route finding and overhead hazards, and it has over 3000 meters of relief from base camp,” says Swenson, who’s worked with MSR for decades for numerous expeditions.

According to Zimmerman, the team arrived at the Kaberi Glacier, a militarized zone in the heart of the Karakoram, on June 10th and made basecamp at 3600 m. Using lower portions of the route, they acclimatized and established advanced basecamp by July 4th. By late-July weather conditions were favorable and the team felt ready to attempt the route.

At 7:30 a.m. on July 31st, the team departed ABC, climbing the mixed route in alpine style. The intense high-altitude heat forced them to climb mostly at night. By day 2, the crux of the route presented itself—10 sustained pitches of up to M6+ climbing that was still warm and wet despite it being the middle of the night. 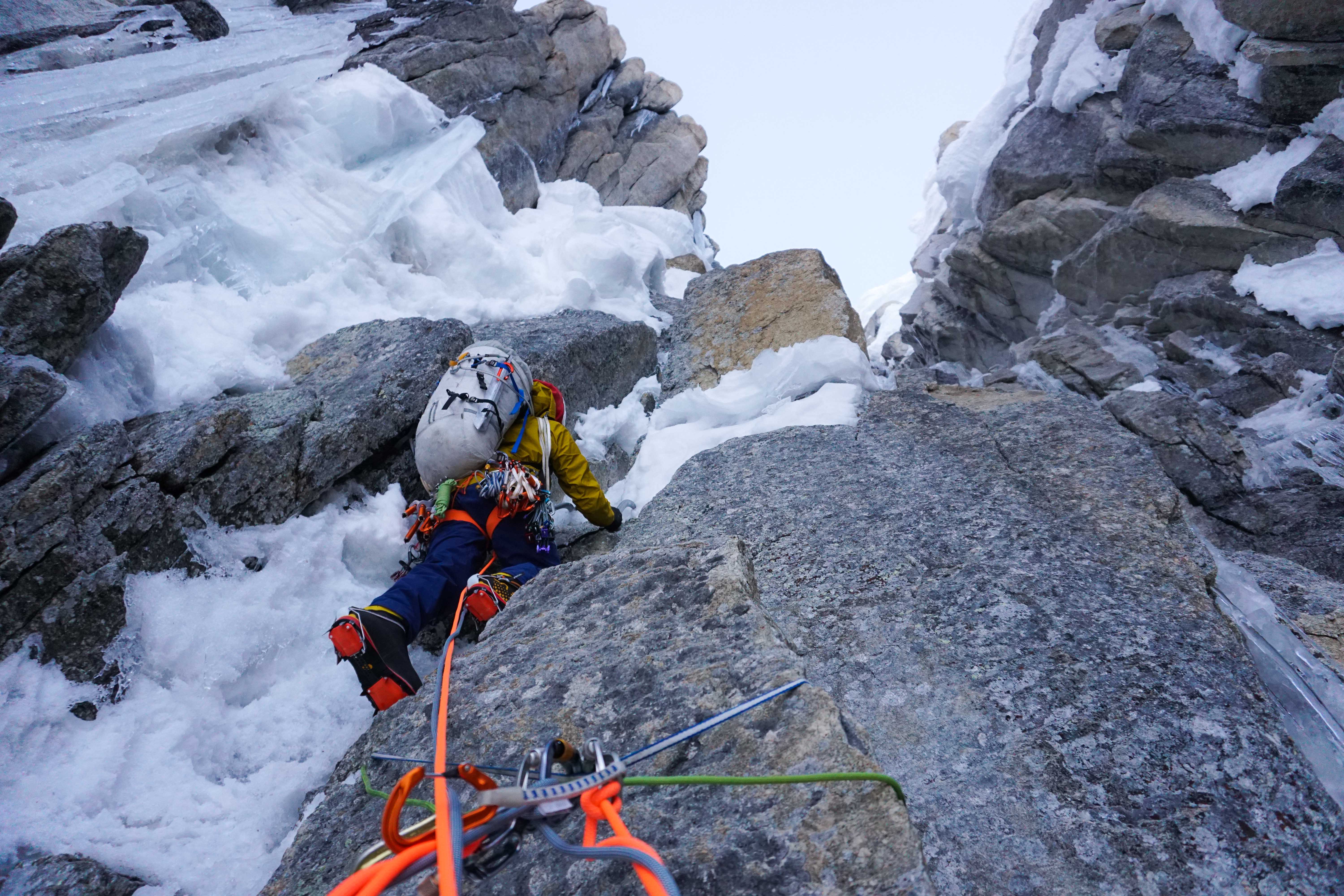 At 9:30 a.m., they reached camp 2 at 5900 m. The next morning, they came face-to-face with a serac barrier that presented both overhead hazards and a considerable navigation challenge. Eventually locating a route to circumnavigate it, the team climbed 6200 m and made camp 3, just as an intense storm rolled in.

Thirty-six hours later, relying on an improving forecast, the team attempted to climb once again. Within the hour, they were thwarted by the persistent storm as they ascended technical mixed climbing. Seeking relief from the cold and blasting snow, they dug a snow cave and waited nearly 5 hours for conditions to improve. 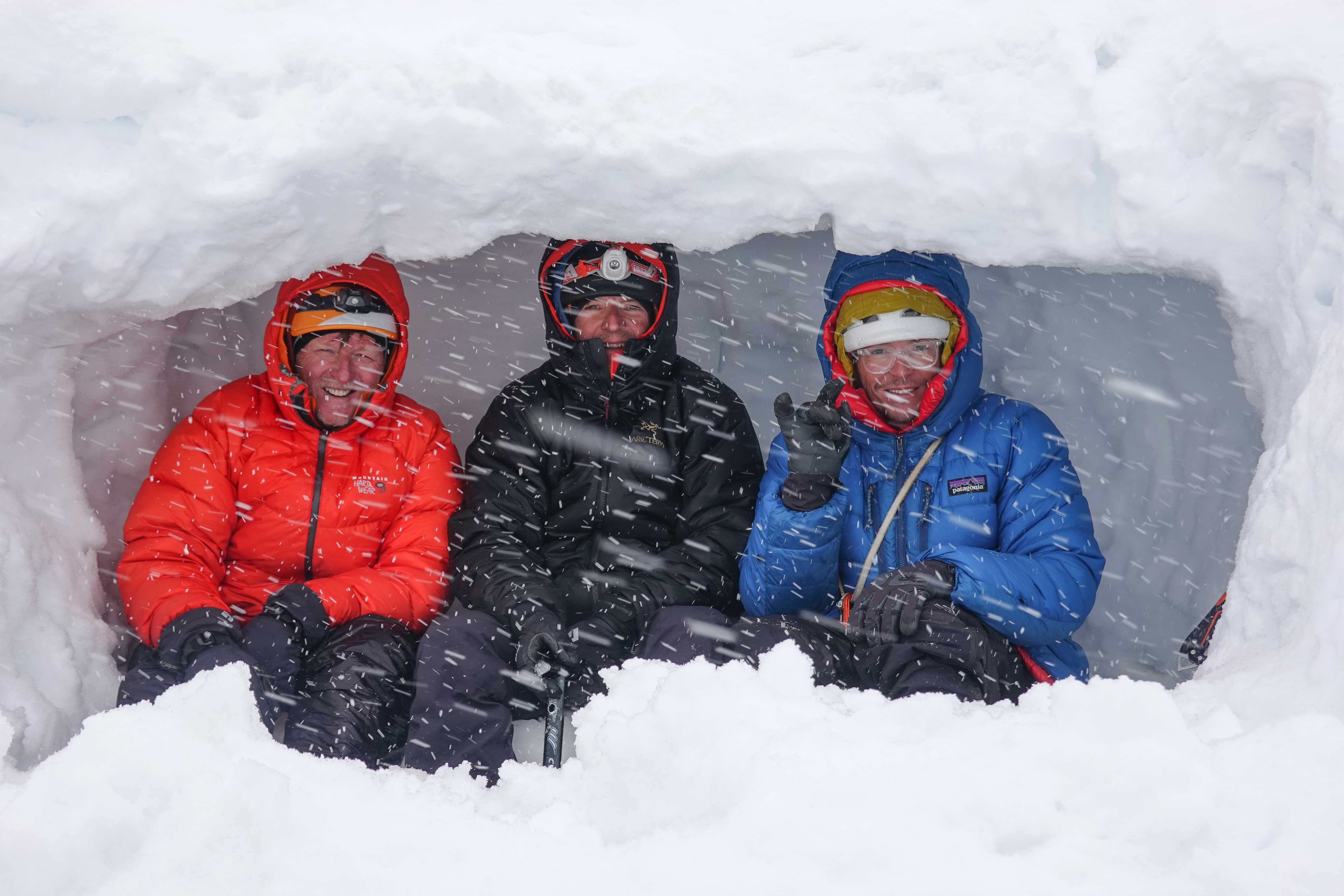 As they launched for the summit at sunrise the next morning, the mixed route was so demanding, they had little hope of reaching the top. But hours later, the entire team topped out amid a setting sun, exhausted and elated, six days after they’d begun. They’d endured 30 technical pitches up more than 8000 vertical feet from ABC (11,300 from BC).

Zimmerman wrote of the experience: “This first ascent of Link Sar had taken a maximal physical and mental effort from the entire team. It required all of [our] collective experience and strength.” The team credits their democratic decision-making with helping to achieve this successful first ascent of the elusive and stunning Link Sar. 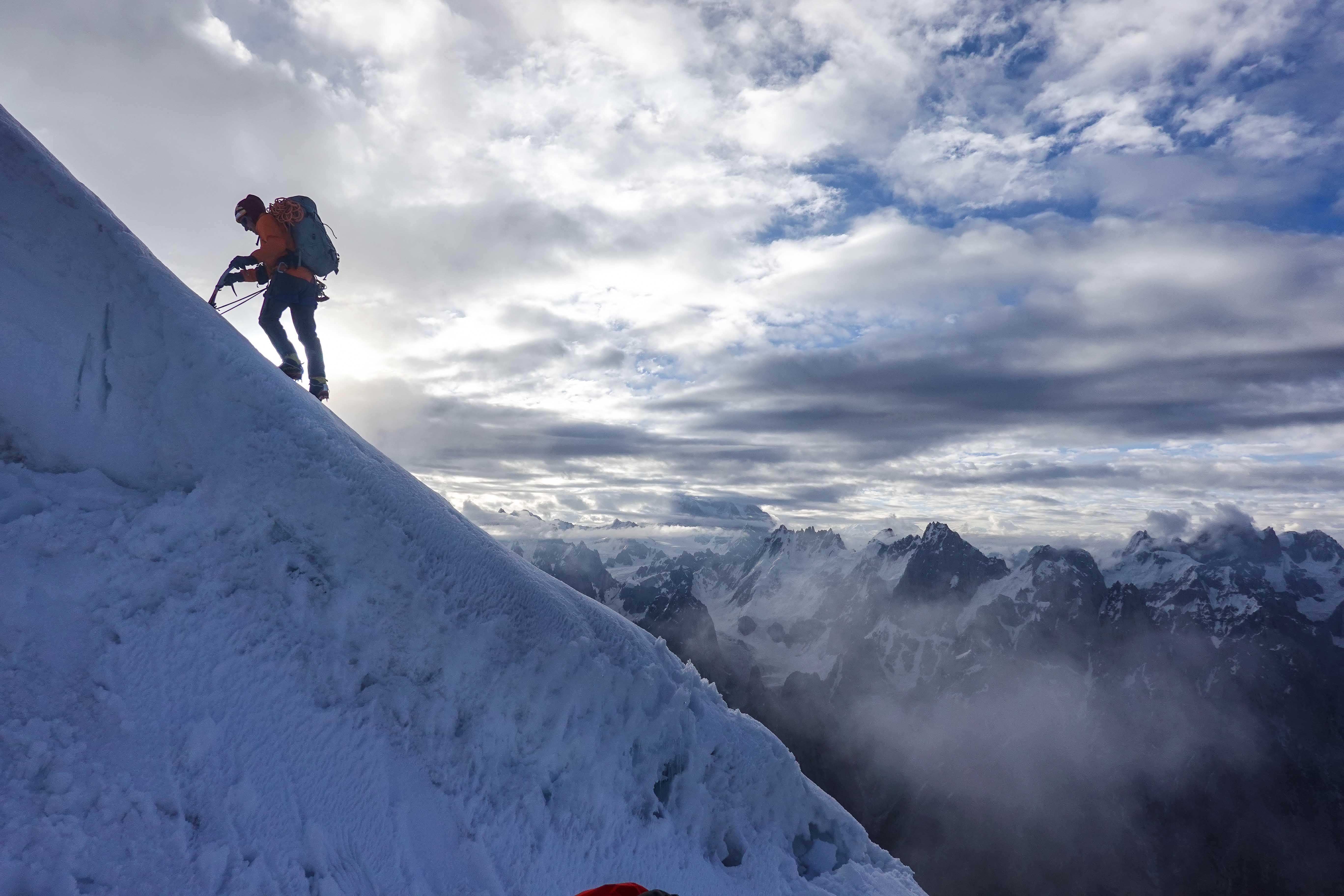 Highly decorated alpinists, the team collectively has tagged more than 65 technical, high-altitude routes and numerous first ascents on big mountains around the world. In 2012, Swenson and Richey won the prestigious Piolet d’Or Award in mountaineering.

The expedition was conducted with great respect for the local communities and to strict environmental standards, according to Zimmerman, and its carbon footprint will be offset.

At MSR, we’re proud to celebrate these unruly dreamers and support their audacious endeavors into the great unknown. 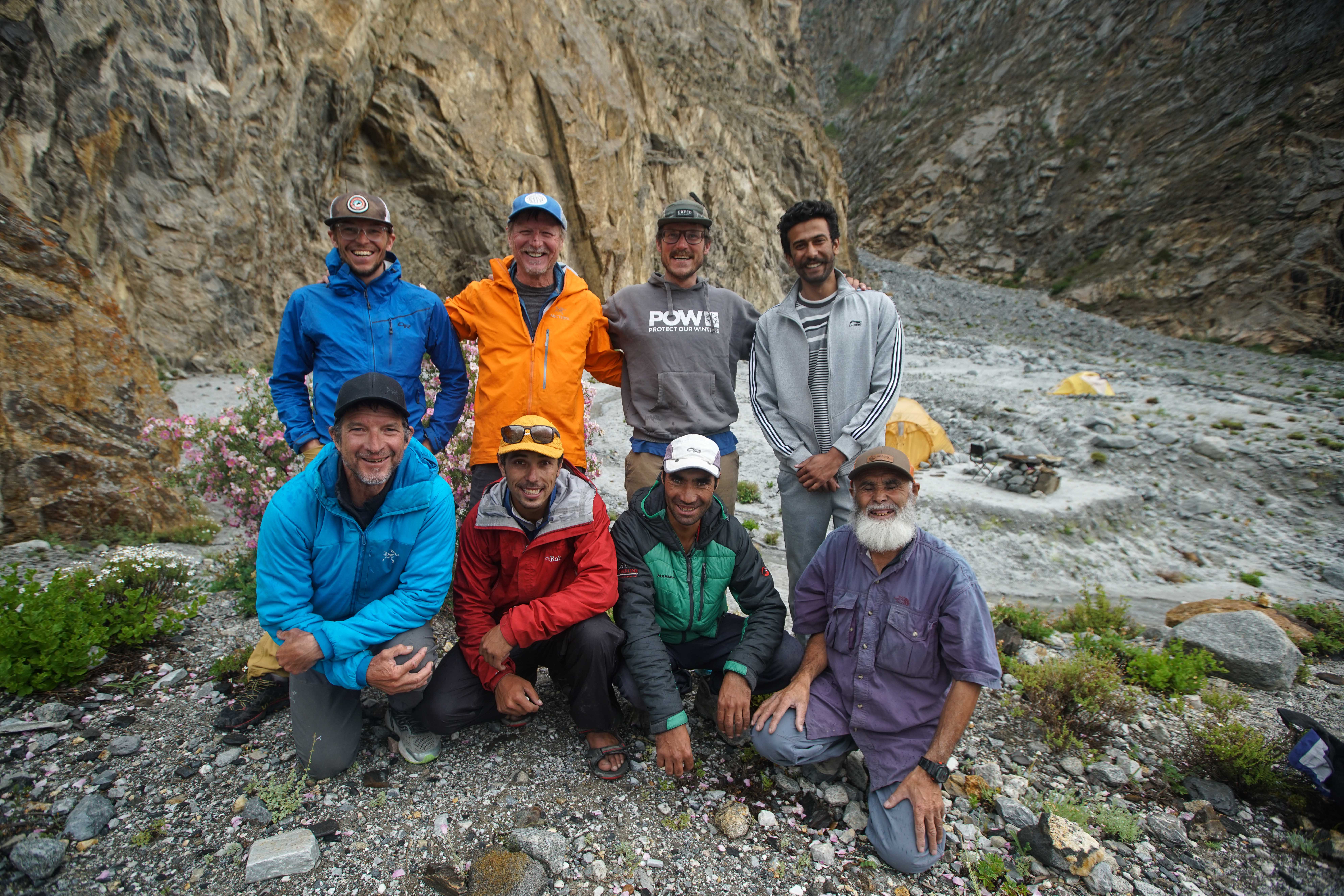