Normally, the words XGK stove and endangered California Condors aren’t paired in the same sentence. But last winter, MSR received an interesting letter from biologist Rob Roy Ramey detailing how his now-30-year-old XGK stove had played a critical role in saving the iconic California Condor from extinction. Oh, and could he please order a new fuel pump?

The letter explained that in 1984, Ramey, a Yosemite big wall climber and biologist at the Santa Cruz Predatory Bird Research Group, was asked to join an important egg relocation project, thanks largely to his adept climbing skills. The project was part of a large-scale captive breeding program launched to save the California Condor from extinction. At the time, there were merely 27 of the birds left in the wild.

Ramey’s XGK stove played a key role in the process. In the field, it was used to the heat water that would keep the eggs warm during a helicopter transport from their nests in the Sierra to the San Diego zoo.

After we received the letter, we asked Ramey to share his story. Here’s how, as he says, a ragtag crew of big wall climbers helped turn the tide on extinction. Today, there are more than 400 California Condors in the wild. 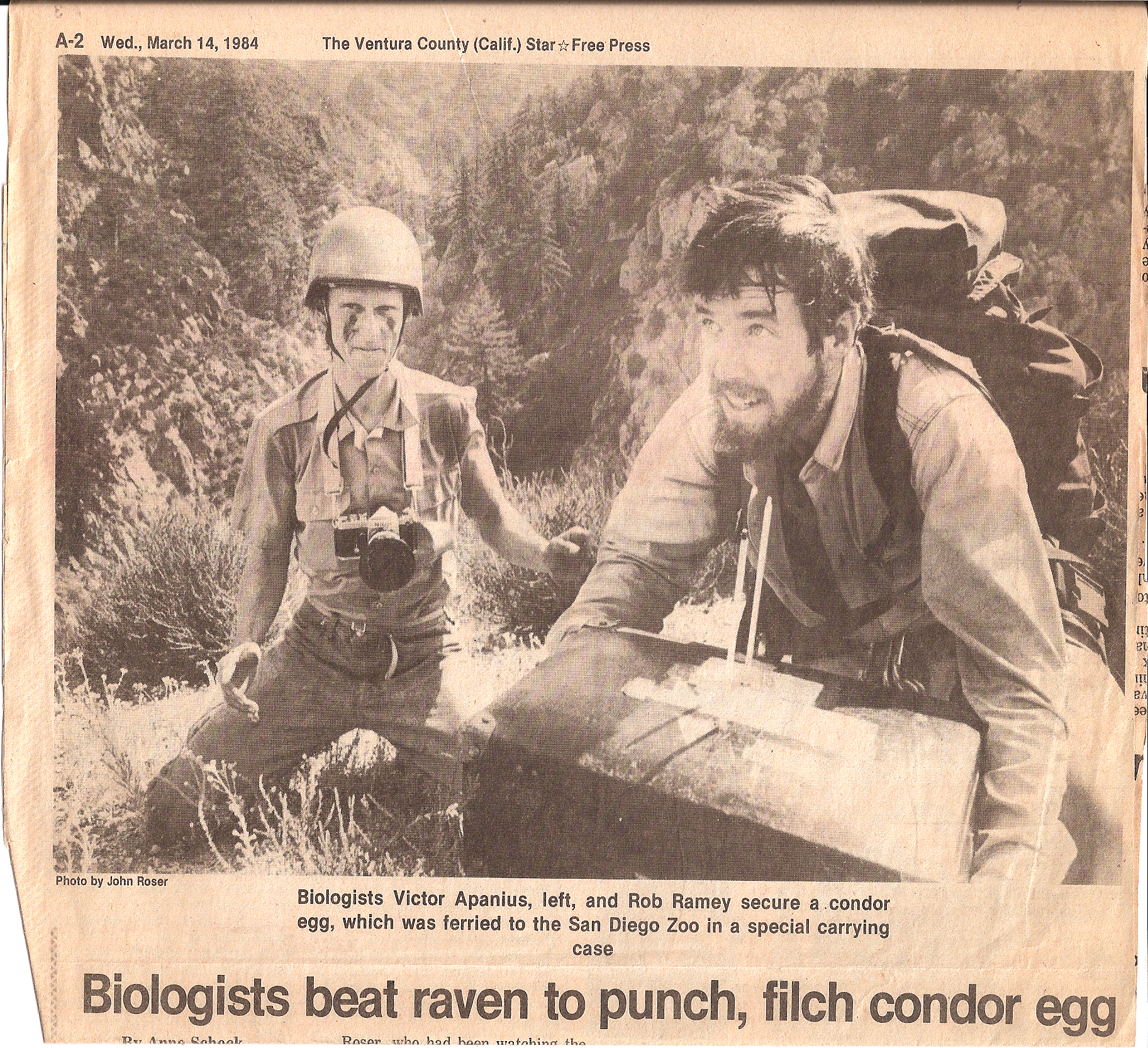 How did you get involved in the project?

In 1984, the Condor Research Center called the Santa Cruz Predatory Bird Research Group where I was working as climbing biologist (with a UCSC Biology/Natural History degree and Yosemite big wall climbing experience). They needed to investigate a cause of Condor nest failure. I was hired because of my climbing experience. Because I had been admitted to graduate school at Yale, it was apparent I was a competent biologist.

I ran the observation and egg pick up field crew.

How did you retrieve the eggs and transfer them?

We would rappel or climb to the nest, put on latex surgical gloves, and inspect the egg for cracks (we had Elmer’s Glue ready for any patching needed), and placed the egg in a padded wooden case lined with foam and sterile cotton. Once atop the cliff, we would transfer the egg to the ethafoam-lined suit case heated with hot water bottles on each end. The water for the water bottles was heated to a specific temperature that morning at our bivouac. And extra water was stored in Thermos bottles.

We used a low-tech system for keeping the eggs warm because there was nothing to break, not batteries to fail, and if there was a delay, we would heat more water with the XGK we carried.

On my first flight to the zoo, as we approached Camp Pendleton, our pilot noted that we were supposed to climb and fly thousands of feet over the base of many miles out to sea around it—expending precious time. Knowing the urgency, our pilot, who flew helicopters in Vietnam, switched off his transponder, and dropped down below the level of the cliffs. We were soon skimming a few meters above the sand, literally flying under the radar. Then, around the corner, a full scale Marine amphibious assault landing training was in progress. Our pilot veered off toward the ocean, banking hard so that the belly of the helicopter was facing the sea—and its registration number could not be read and reported. We flew low the rest of the way to the zoo and said nothing; we were focused on getting there. 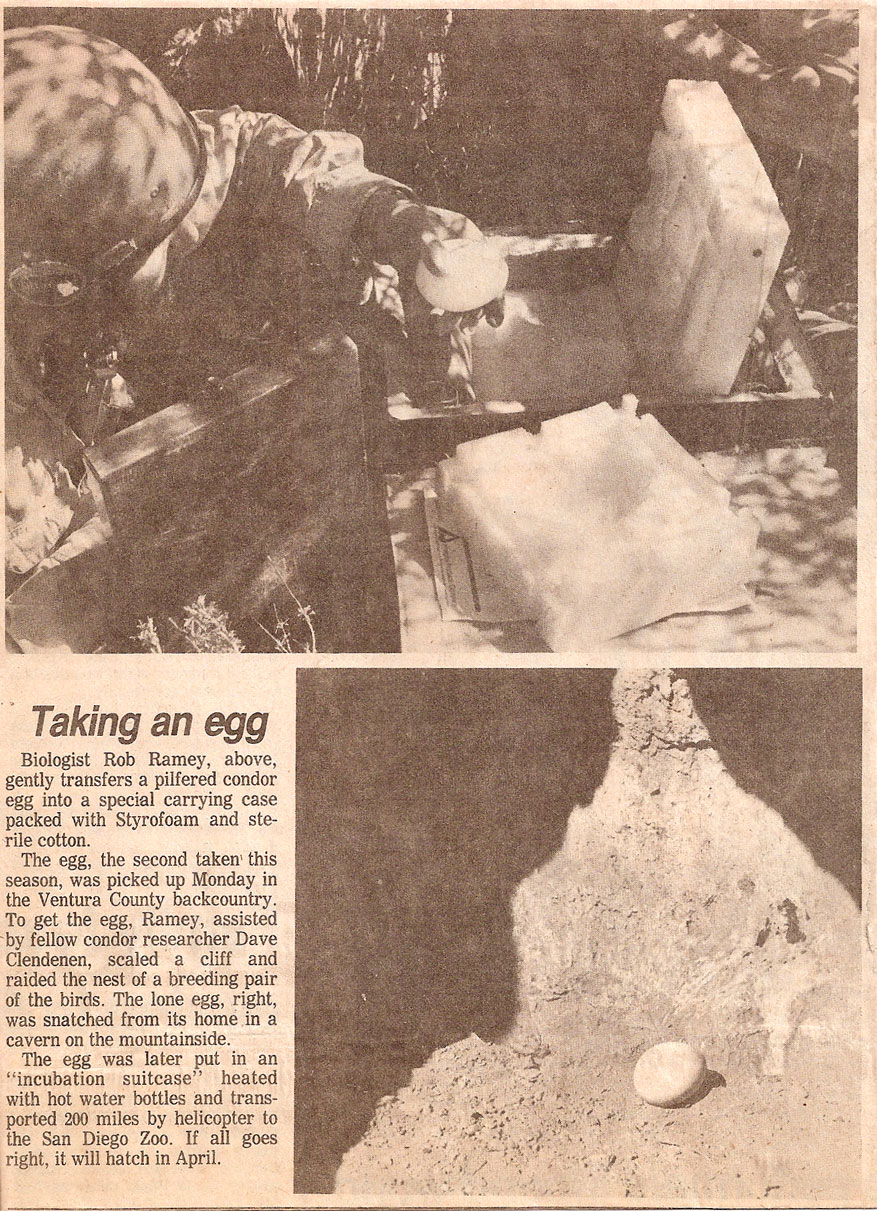 Why was the XGK the stove of choice?

It’s 100% dependable; because if there is a problem, it can be fixed.

Did you use the stove again on similar projects?

I started with a GK and upgraded to an XGK during the Condor program. I had used the GK while doing earlier research, in winter, tracking the first bighorn sheep reintroduction in the Sierra (on Wheeler Ridge outside of Bishop). The XGK was always the mainstay on backcountry ski trips and camping—until the fateful day when the valve failed. Now, I will put it back in service for international trips, because I can take it on a plane and it will burn practically any fuel.

We love hearing stories of how MSR gear has faithfully served you in the field for years. Share your own stories below.