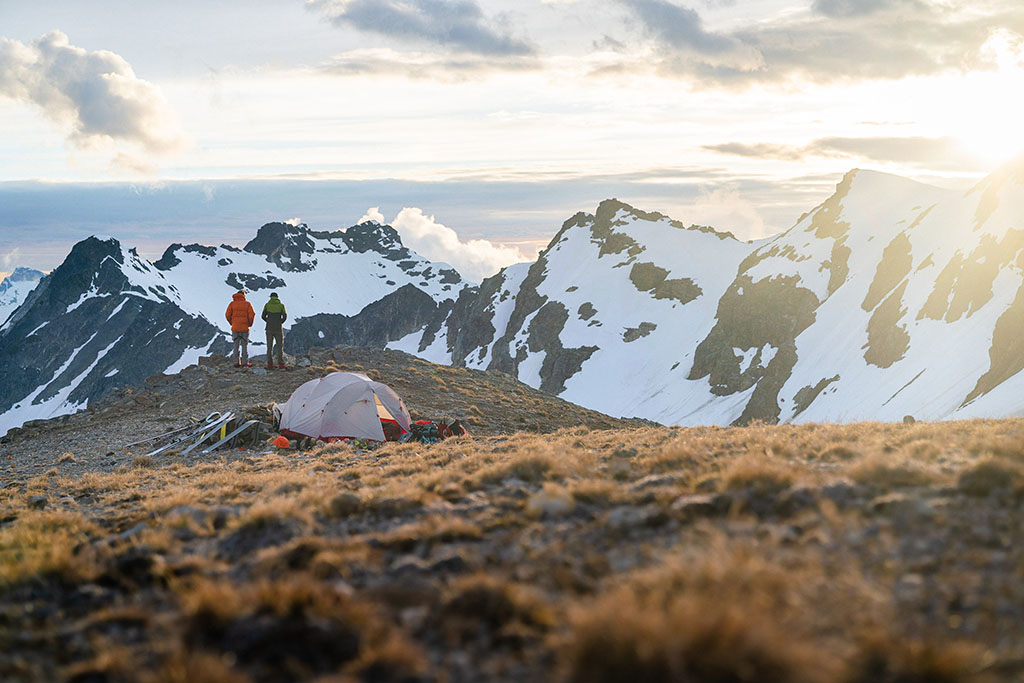 Volcano skiing is a well-honored pastime in Washington. While our most famous volcanoes live in plain sight, like Mt. Rainier and Mt. Baker, Glacier Peak often remains hidden but for a few high points on public roads. The fifth volcano highest in the state, Glacier is second only to Mt. Rainier in climbing prominence, and both are generally completed with at least one overnight at a high camp, which adds a fun layer of complexity in your ski tour. Any good adventure is a mix of challenge and uncertainty, and Glacier’s distance combined with its relatively low number of attempts per year means you’ll often be on this mountain alone. Last year, in early May 2019, we set out to tick one off the bucket list: Skiing Glacier Peak.

The Trailhead to White Pass

There’s no easy approach to Glacier Peak. From the North Fork Sauk River trailhead, you start by meandering for 5 miles through the forest, making several river crossings along the way. As the spring turns to summer, expect these rivers to get bigger.

After the 5-mile marker, the Mackinaw Shelter, the trail turns from the gentle walk in the woods to a steep, 3000-foot switchbacked climb for the next 2.8 miles to White Pass. About half the way up the switchbacks, we finally put our skis on, skinning and boot packing a more direct route.

Gaining White Pass, the first skiing of the day was before us. With heavy packs and warm conditions, the snow was less than ideal. Fortunately, we were able to maintain some elevation and traverse beneath White Mountain, with still another 8 miles to go. Following what were relatively obvious easements in the terrain, we enjoyed low-angle skinning for the next few hours, making progress towards Glacier Gap. Unfortunately, shortly after our water and snack break, a heavy cloud rolled in, slowing our progress as we constantly checked the GPS.

After nearly 12 hours, we finally approached Glacier Gap where we intended to make camp.

As we set about our camp tasks, pitching the tent, boiling snow for water, and making dinner, the night treated us to a spectacular sunset. Knowing that we didn’t have to rush in the morning (the forecast was calling for early clouds then clearing through the day), we felt better about staying up to catch the sunset and organize gear. 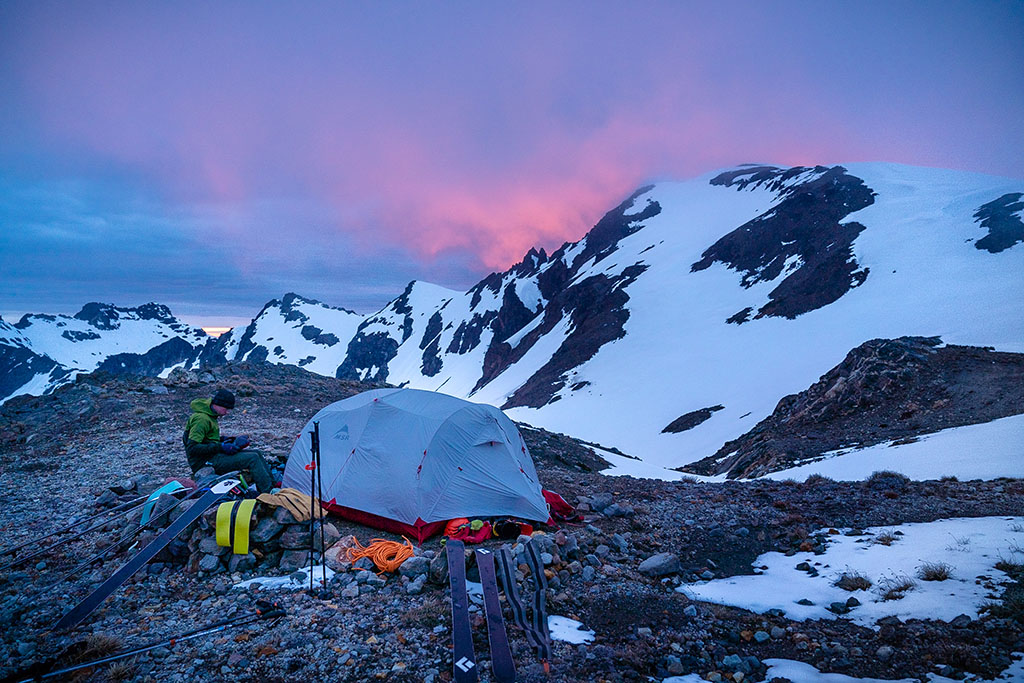 The next morning, the weather was better than expected, so we made quick work of getting started. From camp at 7,250 feet, just under 3,000’ of elevation lay ahead of us. Making our way toward the Suiattle Glacier, we quickly gained Disappointment Cleaver, only to find the summit now completely socked in. 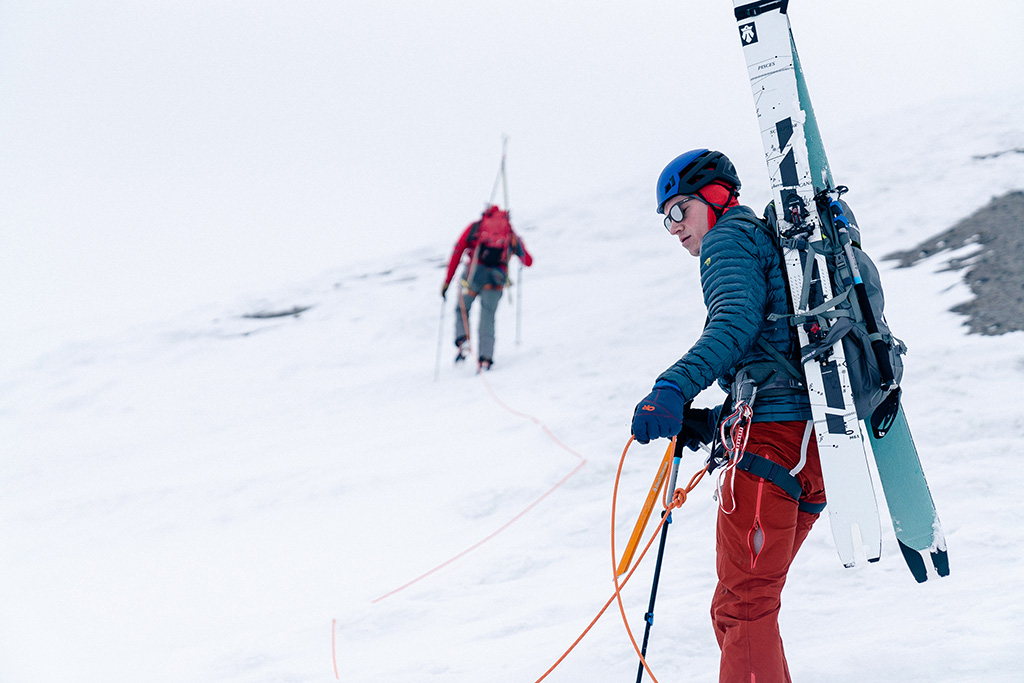 Trading our skis for crampons, we followed a rime-covered ridge to the summit. The visibility deteriorated further, and knowing that a no-fall zone lay at the bottom of the couloir that we intended to ski, we took our time transitioning, hoping the cloud cover would move on. 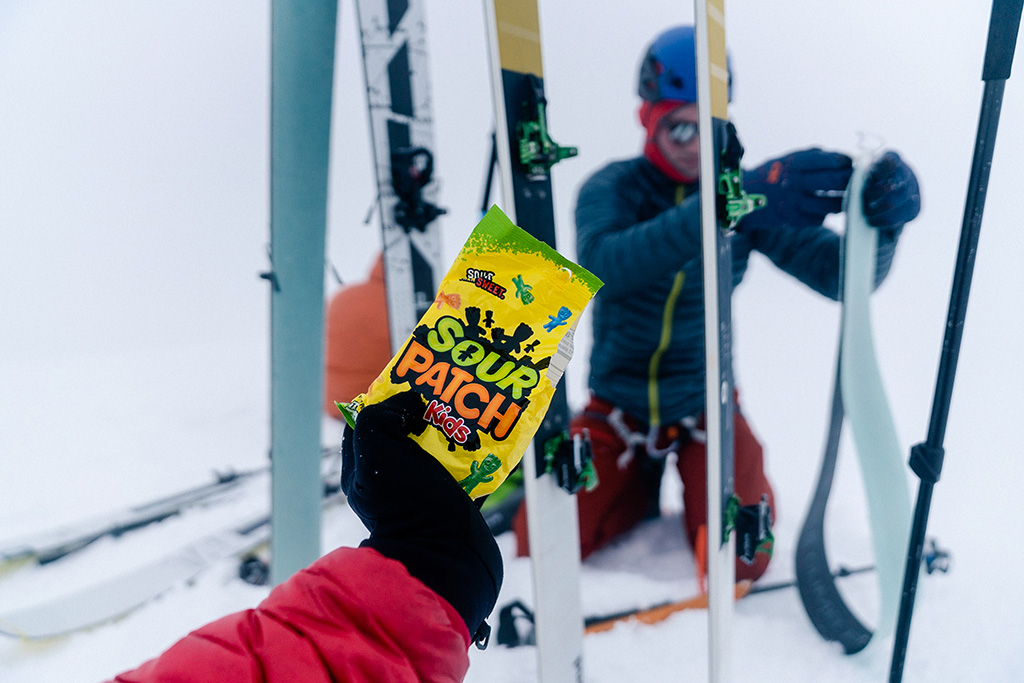 Finally, little break in the clouds gave us just enough visibility to get off the summit and into our intended descent. The more elevation we dropped, the better the visibility. Eventually, we broke through the last of the cloud cover and had clear skiing.

From the saddle below Disappointment Peak, the snow became perfect glacier corn, provide some of the best turns on mountain. A few thousand more feet of fun skiing and we were back to camp.

Because we sought to do a bit more skiing, we decided to spend a second night at camp to explore the Kololo Peaks zone, three miles to the south. Fortunately, we were cozy in the tent, and the sun came out just in time for an afternoon nap.

The third morning was crystal clear, with beautiful views of Glacier and the surrounding Cascades. The touring potential out here seems endless. After packing up camp, the next objective was due south, the Kololo peaks.

We found a good spot to drop in off the ridge, and found fast thin corn on the White Sauk Glacier. Mitch’s watch clocked our top speed at 36 mph. It was all* downhill from here. And by that, I mean everything but the 1000-foot climb out of the valley back over White Pass. Midday, hot sun, hot snow, and three sweaty friends later, the skins were put away for the last time and we attempted to ski a few last turns before joining the switchbacks and that pleasant 8-mile hike out.

The camping gear we used for skiing Glacier Peak