During the development of our new Paragon snowshoe binding, we visited Japan to explore its snow surfing culture. More than a sport, snow surfing is a mindset. Snow surfers believe in using the natural topography of the mountain to create a fluid and artistic ride. In much the same way, our Paragon snowshoe binding uses the natural curves of your boot to provide maximum security without pressure points. This seamless connection to your gear keeps you focused on your surroundings. It’s a pure experience, just like snow surfing. Here’s a look at the roots of snow surfing in Japan. 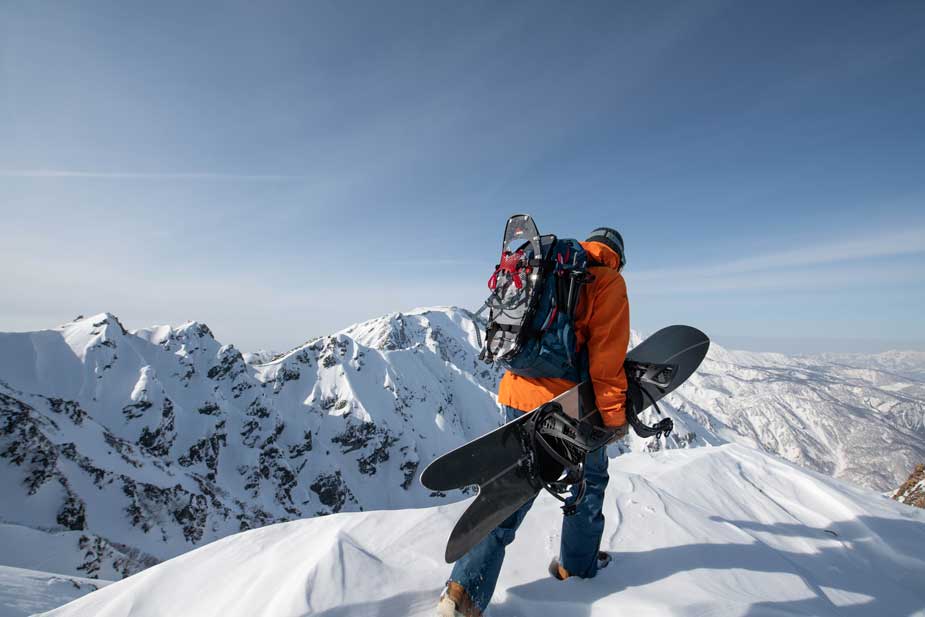 What is snow surfing?

Many think of snow surfing as an aesthetic approach, using surfboard-like equipment and maneuvers to mimic surfing on snow. Of course, that is an aspect of this culture. However, I think the essence lies far more in the mentality of the rider’s approach to the natural environment.

Even in Japan, the cutting edge of snow surfing, there is no concrete definition of the sport. Instead, we see it take shape in a type of culture and ideology.

Here in Niseko, surfers constantly read the winds, visualizing the waves and bathymetry and driving across the island to find a specific surf break in pumping conditions. Their priority is to be at the right place at the right time for the right mix of conditions that can only be found several times a year or even less.

This attitude carries over into winter. Observing the weather, reading the winds, the snowfall and the snowpack, they spend all their energy to stand atop a slope that provides the perfect conditions. They glide down in a way that fits into the beautiful contours of the natural terrain, mimicking the way water might naturally flow.

The wave or snow of a lifetime can only be identified by carefully observing nature. It is for this reason that snowsurfers stay modest in the face of the natural world. Taro Tamai, snow surfing’s standard-bearer, portrays this relationship as “being in harmony with nature.”

How snow surfing began in Japan

I think don’t many would object to the statement that Taro Tamai, GENTEMSTICK founder, is the father of the Japanese Snow Surf culture. The journey started four decades ago when Taro, already a keen surfer, made first contact with a snowboard.

Snowboard-like crafts started to make an appearance in the world in the 1970s. Just like the North American brands such as WINTERSTICK, BURTON and SIMS, there was a brand in Japan, testing out various boards and preparing for launch.

After its first test ride in 1971, MOSS (currently MOSS SNOWSTICK) launched as a brand in 1979, a time when the first sprouts of snowboarding around the world were yet to be uniformly known as “snowboarding.” 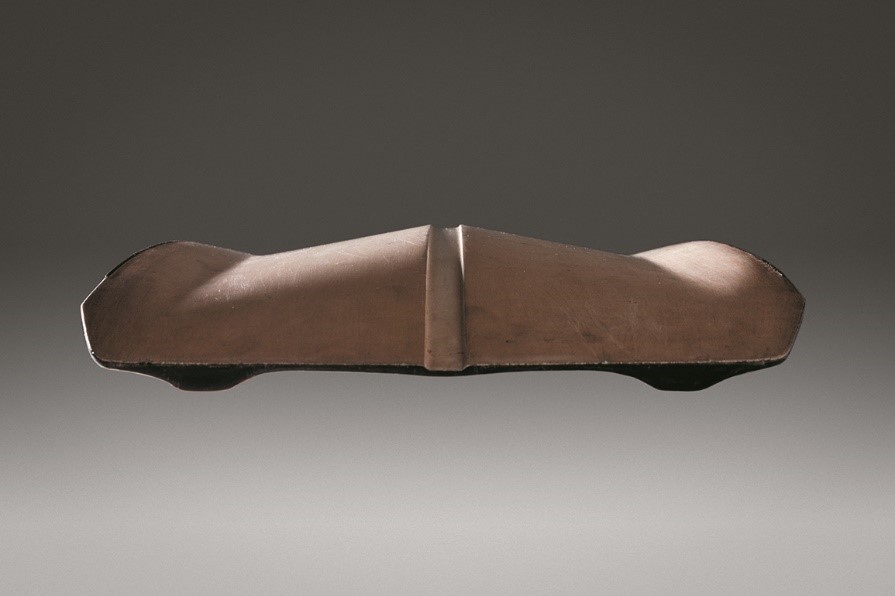 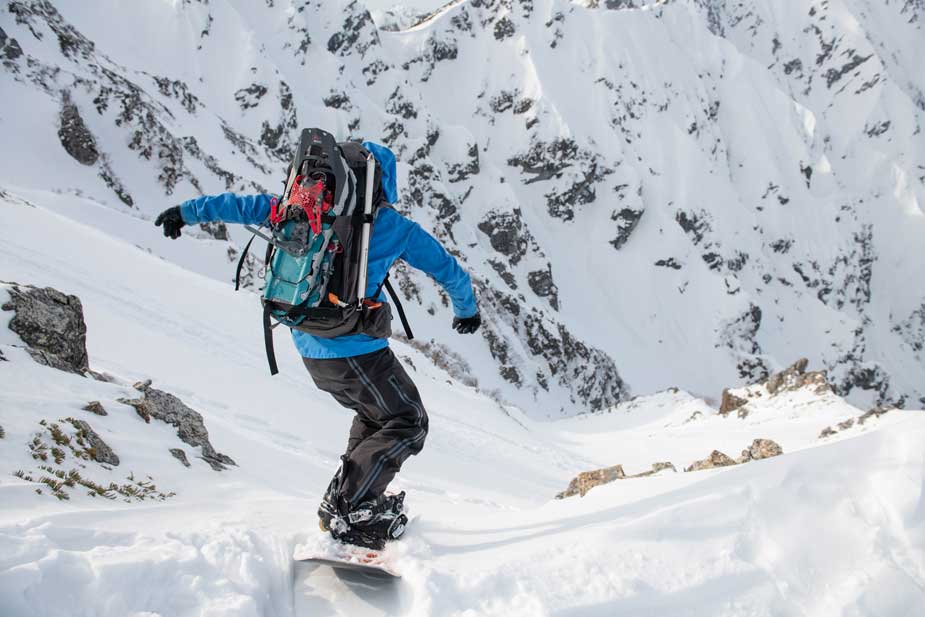 “I just had the surf of my dreams!” said Taro after his first day of riding on a MOSS board. It was a record winter with an 8m snowpack and during a time in Japan when nobody was interested in riding powder out of bounds, in the tree runs or even the side of the resort groomers.

In this environment, with a snowfall so heavy your tracks were buried within 30 minutes, Taro was in euphoria and felt like he’d discovered something tremendously unique and fascinating. On that day, Taro started his path of chasing untouched terrain and good snow conditions while also getting brilliant results in the competition scene as a MOSS team rider.

Preserving the culture during the radical 90s

Later in the 90s, snowboarding in Japan took a sharp turn. The New School movement from North America came in and caught the attention of the younger generation. The resorts were full of snowboarders wearing baggy outfits, hitting small kickers and making drift-turns on ski-factory-made mass-produced cambered boards, with no interest in riding natural terrain or powder snow whatsoever. Open-minded and unique shapes gradually lost their place in the industry.

If Taro’s “snow surfing” was like paddling out in the ocean and facing nature, the “snowboarding” of that time never went out of the wave pool. It’s not that one was better or worse. But all the same, Taro moved on to call Niseko home and kept traveling the world in search of pristine locations and perfect snow. He took part in pioneering Valdez, AK, and ventured to remote mountains of central Asia, South America and Europe. Eventually he launched his own brand GENTEMSTICK, with his tested and approved self-shaped designs in 1998.

Snow surfing’s resurgence in the present

The era between the launch of GENTEMSTICK and the present was a time of preparation for the snow surf culture to start blooming. One example is board design. As they entered the market, Taro’s new boards resonated deeply with surfers, and snowboarding’s constraints were flipped upside down.

Snowboarders began to re-acknowledge that a free-spirited mindset, like at the dawn of snowboarding, combined with the present technology could reopen a connection to the natural world.

MOSS reintroduced its SNOWSTICK line and released a blank board on which anyone could draw and cut their own outline shape. Today, we even see surfboard builders starting to shape their interpretations of snowboard design.

Surfings’ influence on the riding aspect is also remarkable. We see many riders devoting their passion to every single turn they make, as if they were linking bottom-turns to top-turns, and riding half pipes as if they were surfing steep waves. We could say that this culture extends to the way riders see the slopes and terrain of the mountains.

Thanks to Taro’s new notion of equipment and perspective of riding, the soul riders are returning to the slopes. They are drawn to this feeling and cultural movement that opens up whole new way to enjoy snowboarding.

They are finding, I think, that to be a snow surfer is a simple existence that devotes one’s heart and soul to nature’s cycle, finding instant of bliss in the snow or surf that is truly a gift from nature.