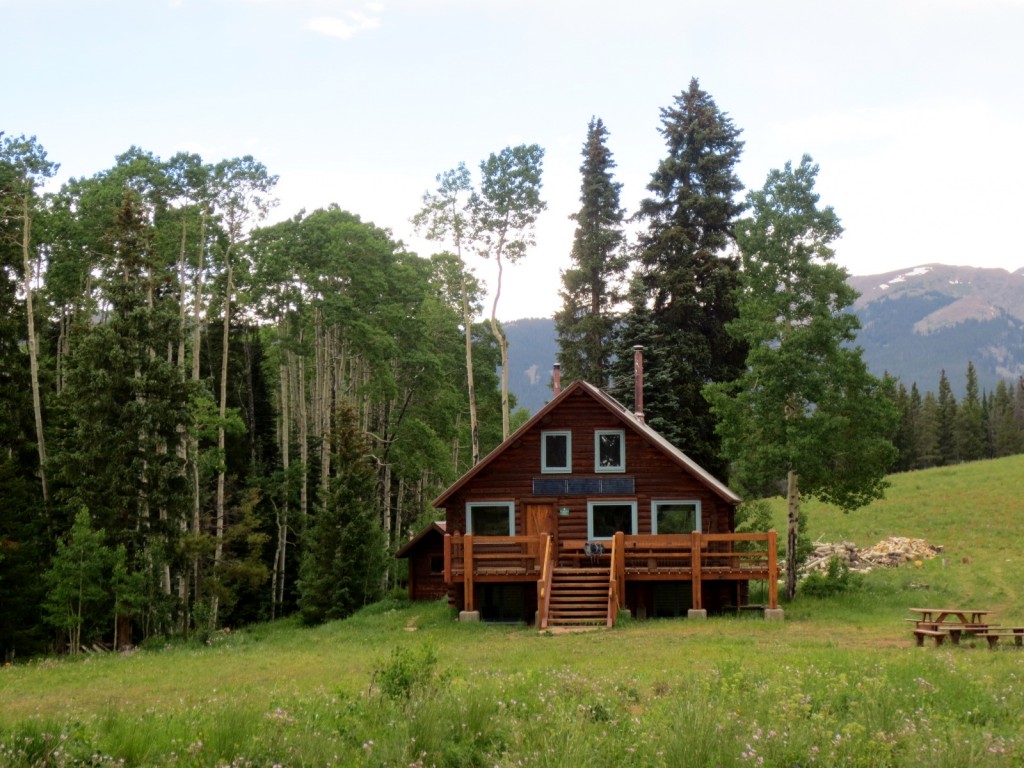 Photos and story by Laurel Miller

Although I’m a native Californian, I grew up skiing Colorado. This is because my parents met while students at Colorado A & M (now CSU) in the mid-50s, and they were avid skiers. My dad was finishing up veterinary school, and my mom was on the barrel racing team. Although they chose to move West to open my dad’s large animal practice, Colorado to this day retains a stronghold on their hearts—something that was passed on to my brother and me in utero (I can only presume).

My dad’s obsession with the Rockies began when he was pre-med and trying to obtain residency for vet school, courtesy of the GI Bill. A World War II veteran and Arizona native, he moved to Colorado and worked summers as a wrangler on various ranches, which was a convenient way to indulge his combined loves of horses and the high country. The U.S. Ski Patrol visited Dad’s high school when he was a senior, looking for recruits for the 10th Mountain Division. At that point in the war (1944), the Army was no longer looking for experienced skiers; rather, they wanted to train their own. Camp Hale, the Army training facility, was located between Leadville and what is now Vail, on the Tennessee Pass. 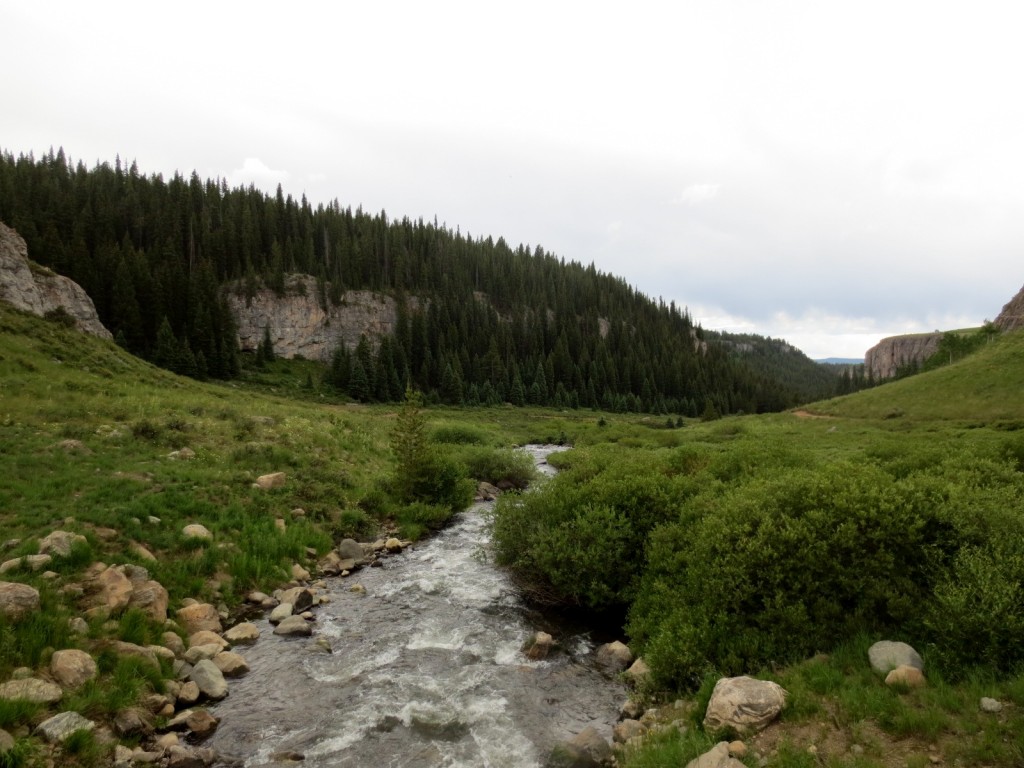 Camp Hale, established in 1942, provided the ideal conditions in which to train soldiers in mountain survival, combat, skiing, and animal packing (horses and mules were used to carry ammo and other supplies in the Alps). Charles “Minnie” Minot Doyle, the founder of the National Ski Patrol, was the first to suggest the Army train troops in these tactics; in 1945, thousands of Camp Hale soldiers were deployed to the Apennine Mountains of Italy, to assist with liberating the country. The losses were serious—nearly 1,000 ski troopers were killed, and over 4,000 wounded. The battle was established as having the highest casualty rate of any U.S. division in the Mediterranean.

The Aspen-based, non-profit 10th Mountain Division Hut Association was formed in the early ’80s by 10th Mountain Division veteran Fritz Benedict, and some fellow veterans. The 34 hut, 350-mile network of connected trails were designed as a memorial to the fallen soldiers of the 10th Mountain (although there’s also a dedicated memorial located Ski Cooper resort). Not coincidentally, some of North America’s most famous ski resorts were also founded by 10th Mountain vets, including Aspen, Vail, and Arapahoe Basin.

Although the original huts were constructed with the financial assistance of 10th Mountain family and friends, today, the Association relies upon donations for construction, upkeep, and operation. The overnight use fees are low, averaging about $30/night (you can also book entire huts for a flat fee). The off-the-grid huts range from rustic to having cutting-edge, green backcountry technology. All have composting toilets, propane burners, basic cooking equipment, firewood, photovoltaic lighting (usually), shovels and buckets for collecting snowmelt (you’ll need to supply your own water in summer), and single beds, private doubles, and communal sleeping areas. Some even have saunas.

My dad’s goal was to join the 10th Mountain so that he could learn to ski and work with equines. Although only 17 at the time, he was accepted into the elite corps, but the war ended before he finished basic training. Instead, he was sent to post-Occupation Germany for two years. He learned to ski anyway, on his second furlough in Bavaria. Today, at 87, Dad is one of the world’s foremost experts on equine medicine and behavior, and until a few years ago, he was still skiing. As an adolescent in the 80s, I grew up dreaming of visiting the huts (despite an utter lack of Nordic skiing or snowshoeing experience), because my dad’s addiction to skiing was nurtured by his time in the Alps and Colorado.

It wasn’t until I relocated back to Colorado two years ago that I decided to get serious about Nordic skiing, mainly so that I could spend my winters doing hut trips, rather than forking over money I don’t have for lift tickets or season passes. My first visit to a hut was also my second time on AT skis. Since I don’t have my avalanche certification, I opted to go with Aspen Alpine Guides (they also offer avy cert courses). A friend and I visited the McNamara Hut (named after Margy McNamara, whose husband served as Secretary of Defense in the 1960s; all of the huts are named in honor of someone) near Aspen, and had an epic time. I had already decided that AT skiing was my new favorite sport, but all it took to get me hooked on huts was an evening around a wood-burning stove eating cheese and elk sausage, making S’mores, sipping bourbon, and kicking it during a white-out with like-minded strangers. Explains Ben Dodge, Executive Director of the 10th Mountain Hut Association, “The huts enable people to spend time together without technology [barring satellite phones and beacons], and form a connection with and stewardship to the outdoors. There are many great backcountry shelters worldwide, but the thing that makes our system special is that you can ski hut-to-hut.”

Skiing is all well and good when it’s feasible, but what about summer and early fall?  While many of the huts are closed this time of year, others remain open and are often car accessible (at least, within a mile or less, and there are wheelbarrows available for hauling gear). Says Dodge, “You can use them as a base of operations for day hiking, climbing, and fishing. When you go backpacking, there’s a level of fitness required, but with the huts, you can bring people of all ages and abilities.” 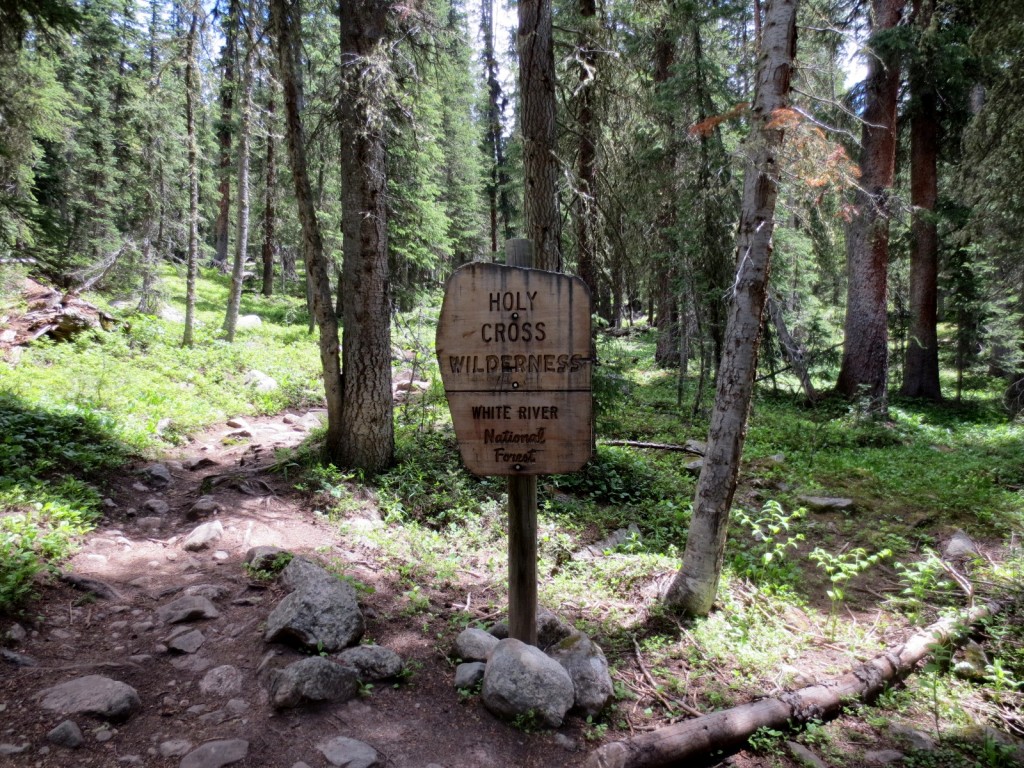 Dodge’s comment got me fired up to visit the Harry Gates Hut, which is located, as the crow flies, just miles from my home in Basalt. It’s roughly a 90-minute drive, however, to this remote part of the Hunter-Fryingpan Wilderness known as the Lime Creek region. The drive took me up through a dramatic canyon with steep, hematite-red walls, past scenic Ruedi Reservoir, rolling meadows, mountain streams, aspen groves, and evergreen forest. Foxes, deer, bighorn sheep, and suicidal prairie dogs sauntered in front of my car, unused to traffic. The Williams Mountains, part of the lower Sawatch Range, loomed in the distance, dominated by their namesake peak. I was shocked; although close to home, I’d never been to this visually stunning part of Colorado. I ended up doing a day hike to Savage Lake, which is located in the adjacent Holy Cross Wilderness (Tellurium Lake, which is closer to Harry Gates, is also a rewarding hike).

Were it not for the Harry Gates Hut (to which I must give Dodge full credit for suggesting), I doubt I would ever have motivated to explore this region, simply because not many people are familiar with it and so it wasn’t on my radar. It’s more of a local’s secret (one I’m happy to share, as a relative newcomer). Strange that a relatively small skirmish in the Italian Alps nearly 70 years ago helped to not only create a backcountry shelter system that has enlightened generations of outdoor enthusiasts—it gave birth to the North American ski industry. 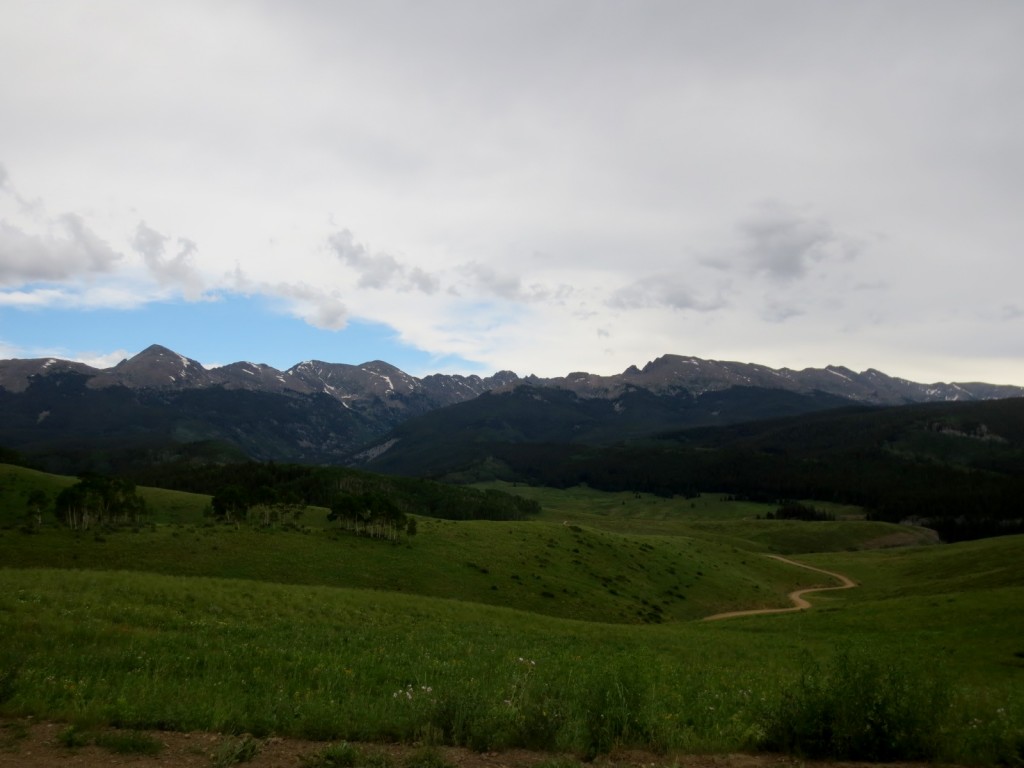 If you’re planning a 10th Mountain Hut Trip, here are some things to take into consideration:

Laurel Miller is a Colorado-based food and travel writer and cheese consultant, the co-author of Cheese for Dummies, and a contributing editor at culture: the word on cheese. Crested Butte is her happy place.