Words and photography by Joe Yelverton

Night falling, calf muscles burning, a heavy pack pulling on my shoulders. All good reasons to sit down and enjoy the twilight from our rarified perch in the Chugach Mountains. To the west, a crimson glow on Cook Inlet, and beyond this massive body of water, the Southern Alaska Range painted in alpenglow. Stunning views even with fading light. 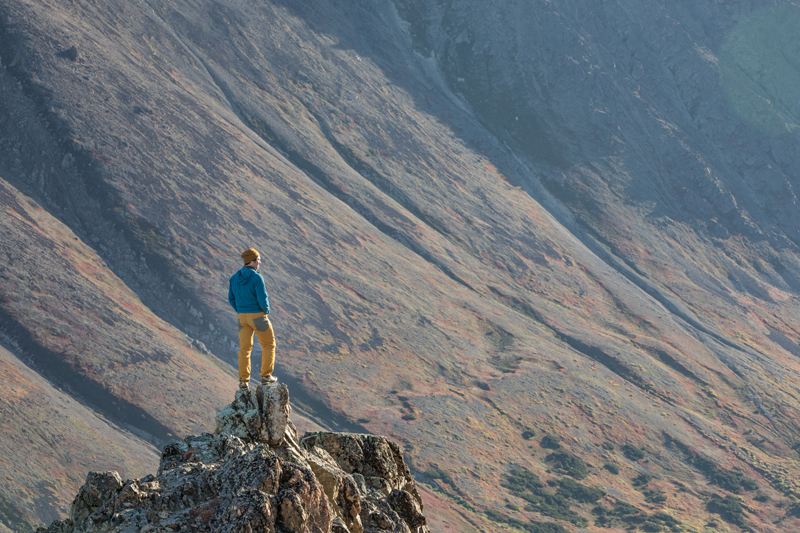 We were in the alpine of Chugach State Park, a nearly 500,000 acre tract of wild land that serves as the backyard to Anchorage, Alaska. Soon we’d rely on headlamps to navigate the boulder fields ahead of us.

We were climbing into the night for celestial views, to see the elusive solar winds. Also known as the Northern Lights, or aurora borealis.

Seeing the aurora has a few prerequisites, the most important is the presence of “coronal mass ejections,” massive bursts of solar energy that sweep passed Earth and energize “magnetospheric plasma” in our upper atmosphere. To see this unusual light show, dark skies are imperative, as is the absence of clouds. Lastly, it’s necessary to be in the northern latitudes, the “auroral zone.” On occasion folks in the northern continental states (and southern provinces) are able to see the aurora during intense geomagnetic storms and when the auroral band extends towards lower latitudes. As a resident of Alaska, I’m lucky to see the northern lights fairly often, but gigantic displays that fill the entire sky are rare, sometimes only occurring every 10 years or so. 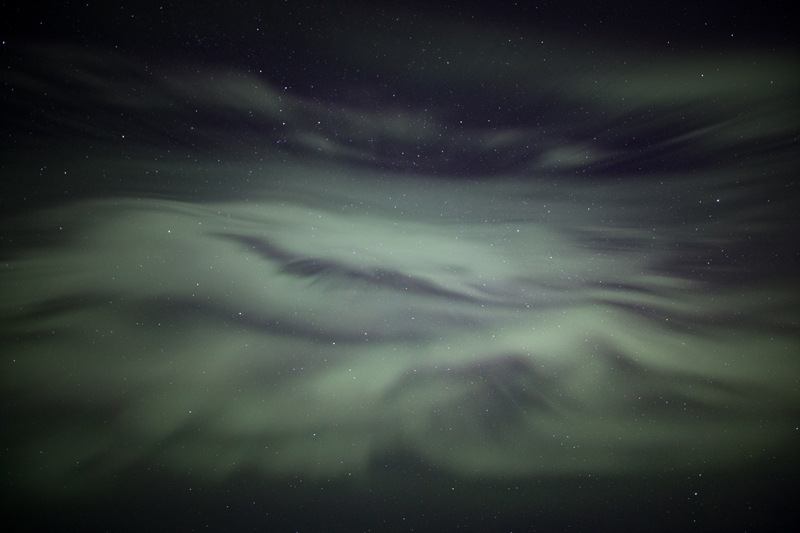 The University of Alaska Geophysical Institute in Fairbanks studies the northern lights, and during the second week of this past September, university scientists predicted a very intense solar storm. Fortunately, we were enjoying a high-pressure weather system over all of south-central Alaska, making for clear skies and unseasonably warm temperatures. 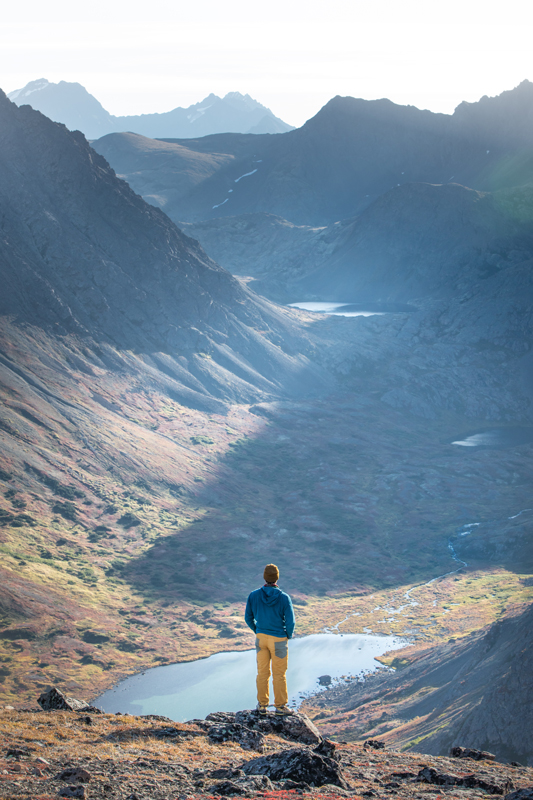 When the aurora forecast is good, meaning it has a high rating (see the bottom of the article for more on that) the news usually spreads fast among Alaska based photographers, outdoor enthusiasts, and sky watchers. Fully appreciating the aurora requires a bit of sacrifice, giving up your sleep, and putting in some effort to find a great place for viewing. When the show is great you’ll be glad you and your friends rallied. To quote Yvon Chouinard, “A serious surfer doesn’t plan to go surfing next Tuesday at two o’clock. You go surfing when there are waves and the tide and wind are right.” The same wisdom applies to enjoying any natural phenomenon, especially the aurora. When the conditions are good you have to pick up and go.

And that’s what we did. 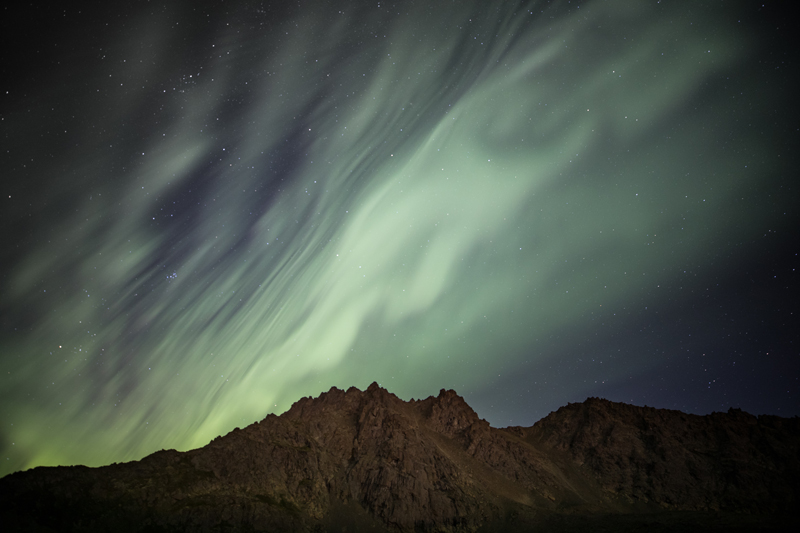 After hiking for a couple of hours we finally set up camp at 11 p.m. at the base of O’Malley Peak, a favorite local climb in the Chugach. We were far from ambient light and we were on a high ridge. Despite having my super cozy MSR tent, everyone laid their bags out on the tundra for best viewing. 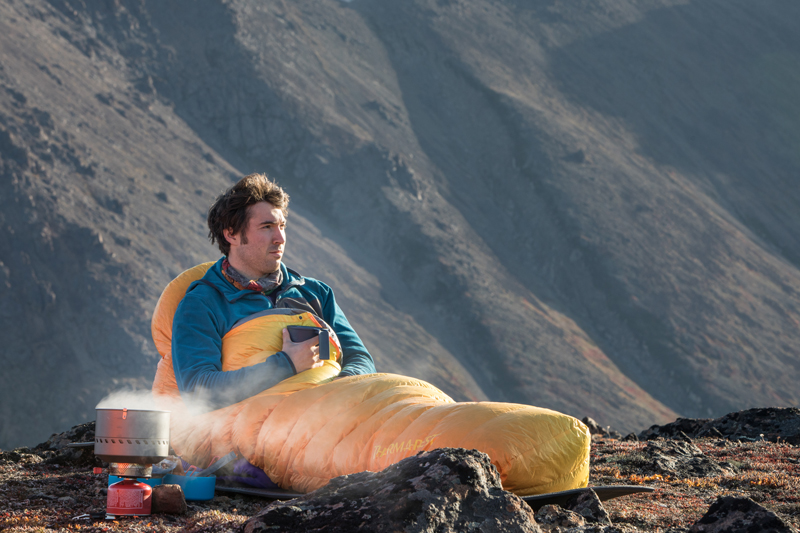 Speculation was that peak-viewing would occur sometime between 1-2 a.m. But the show started going off at 11:30 p.m. and got progressively more brilliant and “active” throughout the night. I took a few photos and then finally put my camera away to fully enjoy the experience. Just when I thought it couldn’t get any better, around 3 a.m. the entire sky filled with dancing bands of color, a cosmic neon light show stretched from horizon to horizon. 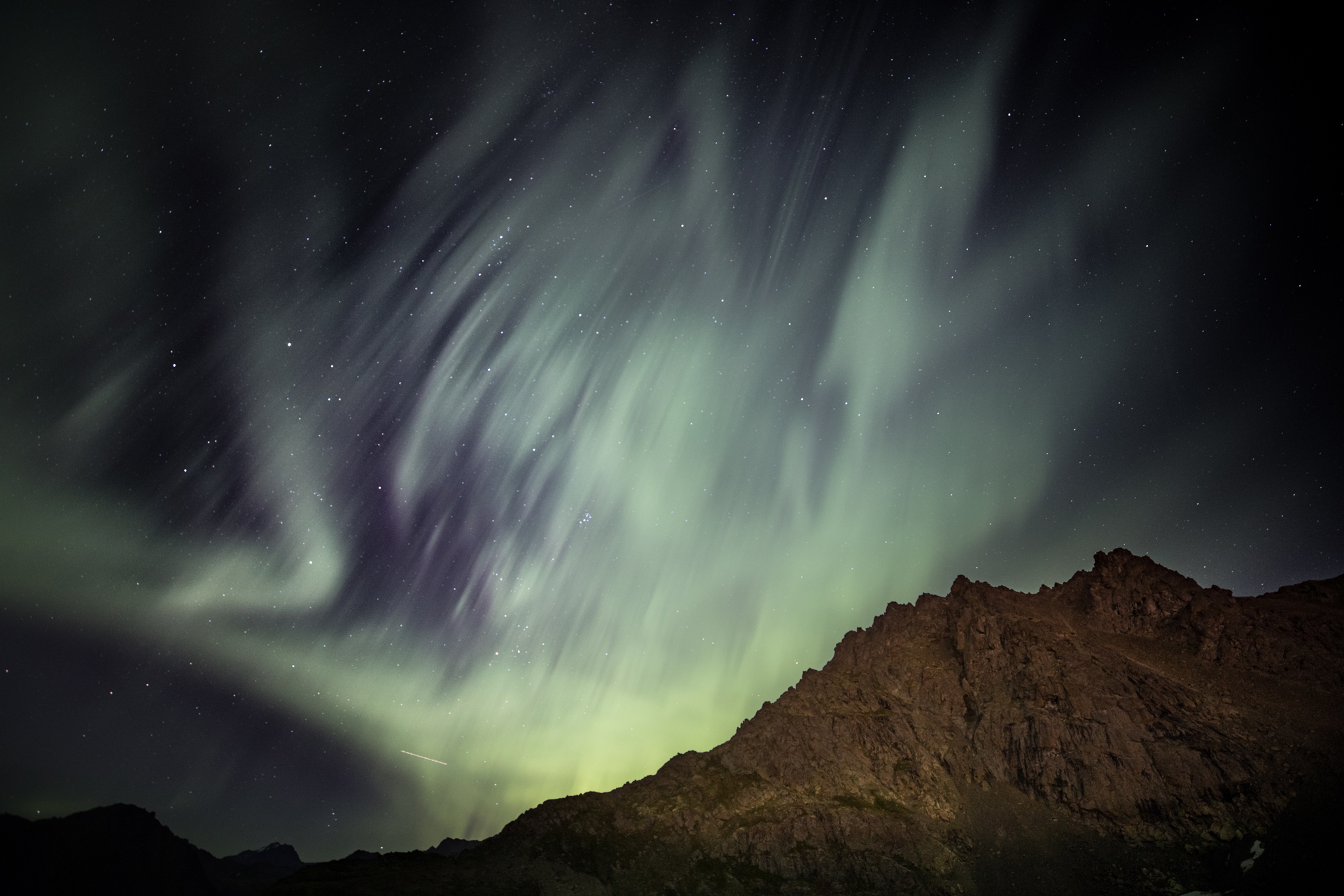 Words and images fail to describe such an experience, the essence of which relates deeply to perspective on life. When you’re looking up into the night sky, seeing a 360 degree view of brilliant lights literally changing by the second, it makes you realize how insignificant we are and how big the world is. And yet, there’s a strange sort of comfort to that realization.

Around 5 a.m. I finally dozed off but woke up just before sunrise, an added bonus of spending the night out and waking up in the mountains. Now we were witnessing the exact opposite of the night before, the unfolding of golden light. Then came hot coffee, enjoying a kestrel flying above us, and deep conversations about the night before. 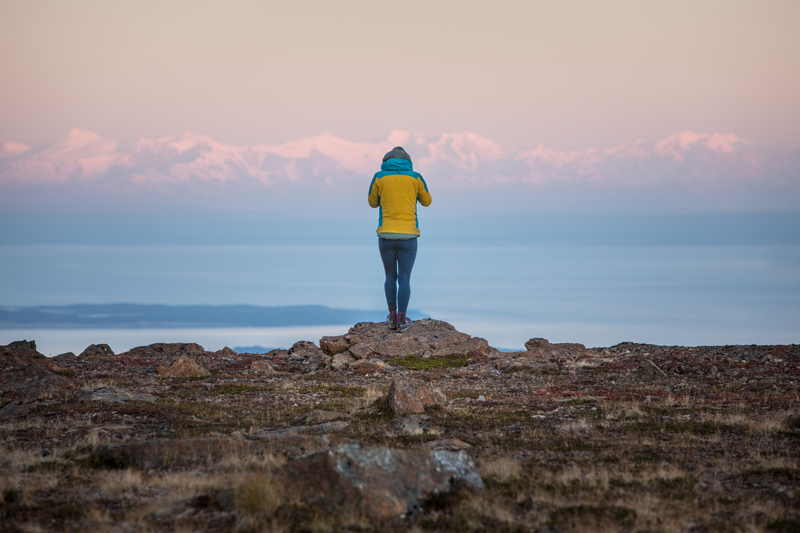 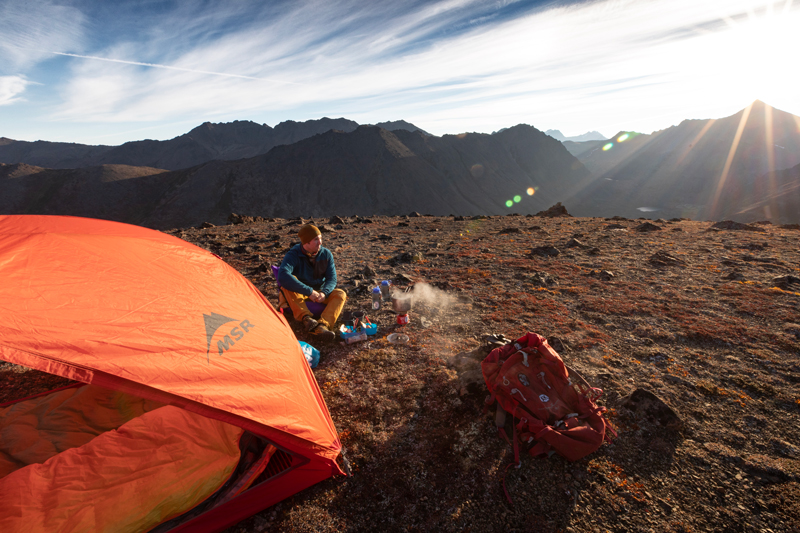 Best places and time to see the Northern Lights.

As the name implies, the best places to see the Northern Lights are in the northern latitudes, including Alaska, Canada, Denmark, Norway and Sweden. On rare occasions, these ribbons of light can be seen further south throughout the U.S. and Europe.

According to the University of Alaska Geophysical Institute, places like Fairbanks, Alaska; Dawson City, Yukon; Yellowknife, NWT; Gillam, Manitoba; the southern tip of Greenland; Reykjavik, Iceland; Tromsø, Norway; and the northern coast of Siberia are all great locations.

You’ll also need a clear, dark sky, so factor in weather, cloud cover and the light and phase of the moon.

Resources on the Aurora Borealis 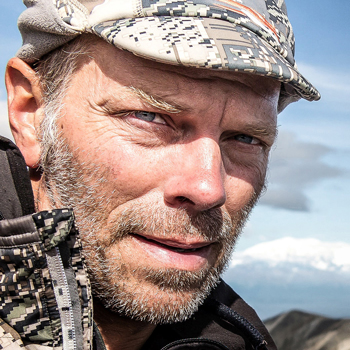 Joe Yelverton is an Alaska based photojournalist with a passion for nature—the nature of wild places, of people, and the nature of relationships people have with the landscape around them. www.joeyelverton.com