A legend in big-mountain snowboarding, Jeremy Jones helped pioneer the art of sailing down giant, snow-caked faces at powerful speeds. He began his big-mountain career negotiating steep, improbable lines in the Alaskan ranges and went on to inspire a generation of freeride snowboarders. Today, he’s pushing snowboard exploration even farther, reaching many of his objectives under his own power via splitboarding. An environmental advocate, Jeremy founded Protect Our Winters (POW) in 2007, which works to reduce the effects of climate change through educational and activist projects. For these efforts, President Obama named him a Champion of Change in 2013. Owner of Jones Snowboards, Jeremy has been featured in over 50 films and was nominated for National Geographic’s Adventurer of the Year. His documentary trilogy Deeper, Further, Higher brought backcountry snowboarding to the masses. 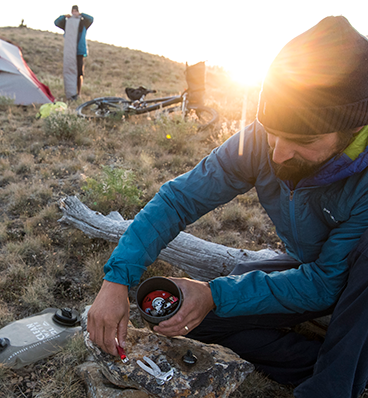