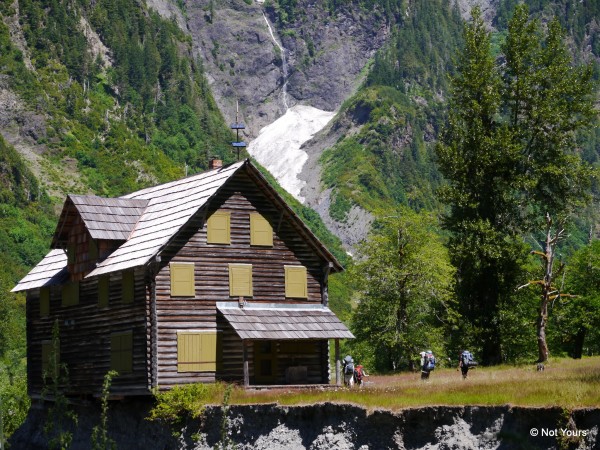 Anyone who has spent time in the backcountry knows how transformative a wilderness experience can be. For over 20 years, the Big City Mountaineers have used wilderness mentoring expeditions to transform the lives of underserved urban youth, instilling critical life skills through backcountry experiences. In July, MSR category director Chris Barchet took some time off work to volunteer as a mentor and guide, and share his passion for the outdoors with those who wouldn’t have access to it otherwise.

For some youth, the five-day backpacking trips are their first glimpse into the backcountry. “They want to be there,” says Chris, “but they have to learn to commit to the responsibilities of it all.

“By the end,” he says, “they’ve gone through this evolution. You see them making parallels between the wilderness and other parts of their life. They’ve learned new ways to approach challenges at home.”

The trip’s curriculum is a mixture of backcountry education, exploration, personal challenges and moments of appreciation. For Chris, he also gets to secretly product test as he watches new users put MSR gear through the paces over nearly 40 miles of mountain travel. “Watching strangers interact with the gear is huge,” Chris says. “And I get to spend a lot of time free-thinking about product improvements or new ideas, when the brain isn’t clogged with emails and office things.” 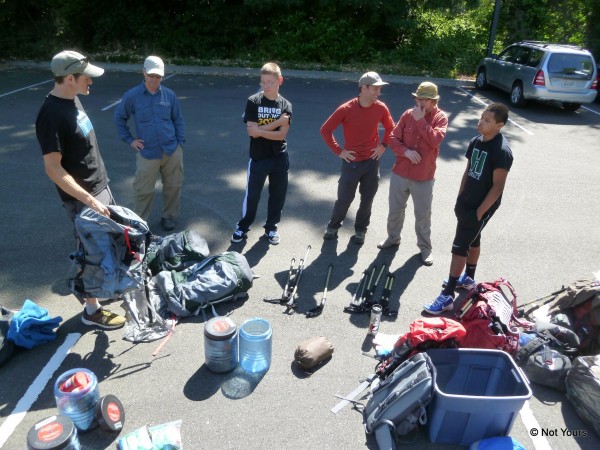 This recent trip began as so many adventures do: with an explosion of gear at the trailhead parking lot. As the sun pierced clear skies above Grave Creek campground in Washington’s Olympic National Park, the crew prepped and sorted gear for the week ahead. On this first day, they’d stay at the campground learning the basics of gear, tent set-up, pack organization, and the essential responsibilities and etiquette of backcountry travelers.

“Everyone has a role each day,” says Chris. “You’re either a cook, a navigator, on water duty, an educator/entertainer, a campsite sweep or chief.” 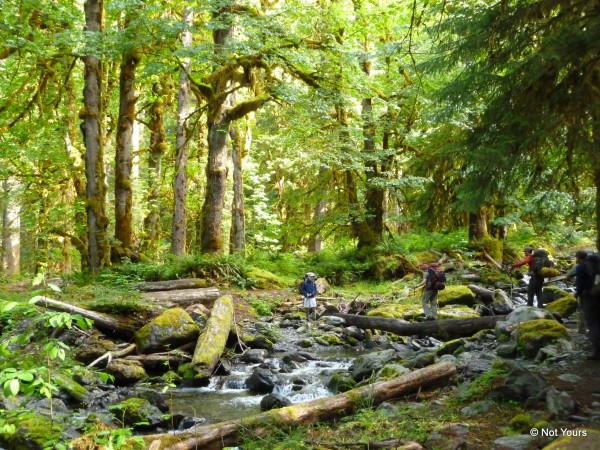 The harsh six a.m. wake-up call the next morning brought the reality of their adventure to life. But their sluggish departure from camp soon became a well-cruising expedition as they got used to hiking with heavy packs and found their rhythm, says Chris. “The first day we impressively put down 10 miles along the east fork for the Quinault River Trail.”

Flowing through the park’s spectacular temperate rainforest, the Quinault River cuts along the toes of ancient spruce, hemlock and towering conifers. It’s prime black bear country, and the wilderness did not disappoint. “We came around a corner and saw a bear!” says Chris. “He looked at us but like any black bear, didn’t really care what we were up to.” The teens took in the bear’s presence quietly, says Chris. It would take them the whole trip to open up completely to their adult guides. 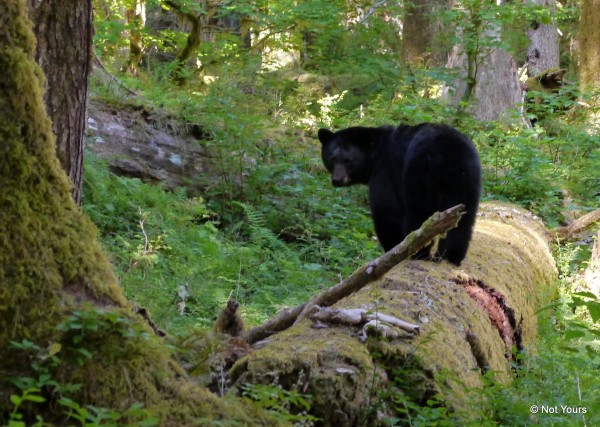 The Enchanted Valley, set deep in the park, was their destination and by mid-afternoon on day two, they stood at its entrance, peering into a verdant basin surrounded by a cathedral of peaks and waterfalls. Here, they paused for a moment of appreciation. “We were coming into a really special place,” says Chris, “and we wanted to acknowledge that.”

They spent the afternoon exploring. As dusk fell, they did the evening chores and soon mealtime was replaced by a campfire beneath a dome of dark, starry skies. Talked trailed from the day’s adventures to lessons learned. “It was casual,” says Chris. “Less disciplined than other parts of the day; it was good.” Slowly, the teens relaxed and chatted with more enthusiastic curiosity. 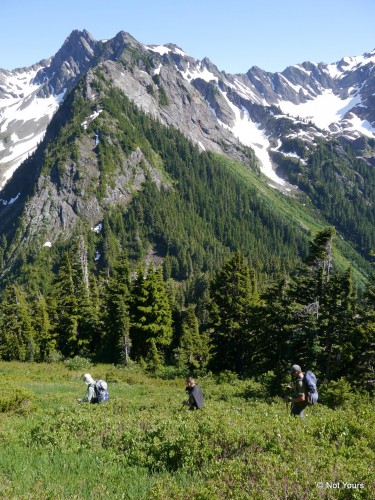 The BCM trips follow a narrative arc, and day three represented the peak of the journey—a day of personal challenge and character building. Leaving the flat terrain of the valley, the crew dropped packs at the junction for Anderson Pass and started the 5-mile, 3,000-vertical-foot ascent to Anderson Glacier. “Midway up, they lost steam,” says Chris. “They needed a giant candy bar to resurrect them.” With sugar in their system, they crested Anderson Pass and made the final push to the glacier. “Suddenly we were overlooking these glorious mountain views,” Chris says. “The boys sat there for a long time, taking it all in. They’d never seen views like that before. They were very excited to make it to the top.” 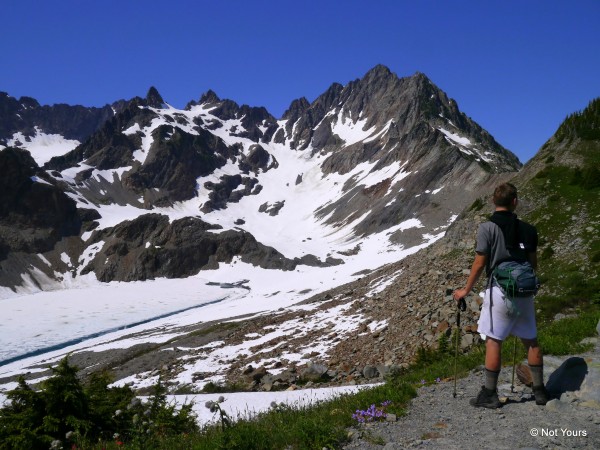 The guides presented the boys with challenge flags upon which the teens had written things they’d wished to achieve during their journey. “It was a really thought-provoking exercise to go through their quotes and talk about how they’d achieved those goals,” Chris says.

By the time they got into camp that night it was dark, and their adventure was on its downslope toward the end. But the crew was in store for one more stunning surprise from Mother Nature. 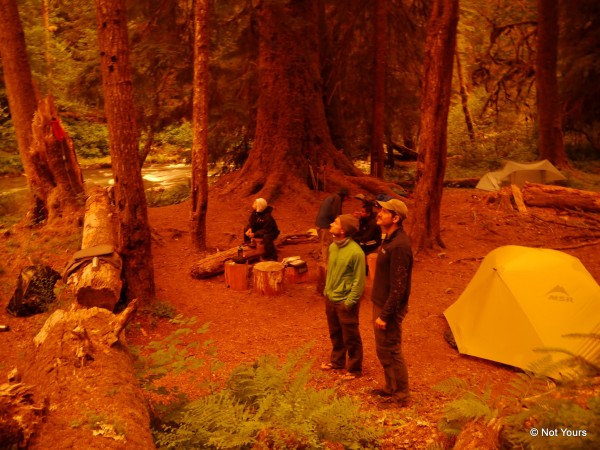 “Sunday, we walked back 10 miles, got set up in camp and then had the most amazing sunset I’ve ever seen,” Chris says. “There was this massive bank of dark clouds coming in, and as the sun dipped in the sky, its rays shot beneath the clouds. It bathed whole scene in this incredible orange light.” 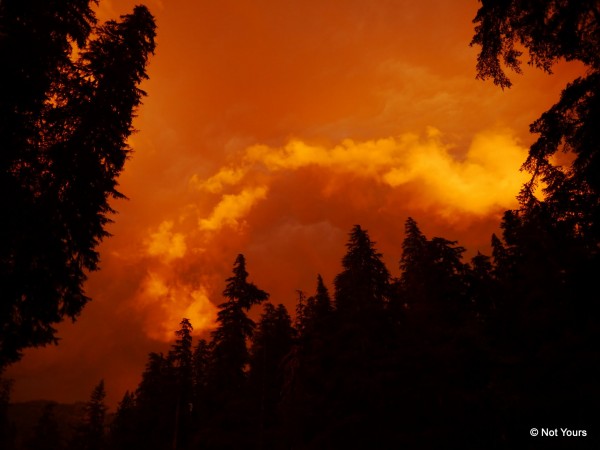 The group walked to the bank of a stream and looked out into the whole of the valley. In the distance, a lightning storm intermittently lit up the expanse. “It was surreal,” says Chris. “It was this very electric, eruptive night. But by the time we were ready for bed it had settled down and moved on.” The event allowed the guides to talk about how to react in a lightning storm. And rather than fear, Chris says, the experience added energy and excitement to the final night of the trip.

By the end of expedition, Chris had witnessed a transformative effect in the boys, he says. They’d opened up, accepted challenges and learned how to resolve problems. “They made parallels between the wild, their schools and their lives at home.

“A lot of people go into the outdoors and it does different things for everyone,” says Chris. “But these kids need those experiences probably more anyone. To have an opportunity to help give them access to the outdoors being a part of their lives—that’s something very cool to be a part of.”