I remember my mom once announced that she was making Sloppy Joes for dinner.

I was disgusted. Sloppy Joes?! Gross! The thought of eating it conjured a vision of the horrible mystery plates served at school cafeterias. Who was Joe anyway and why was he so messy?

I was a picky kid.

Anything that sounded or looked weird was off the table. If I couldn’t tell what it was, I wouldn’t eat it. If it had lumps, I picked them out. There was absolutely no way that I was eating Sloppy Joes.

I’ve since grown far less picky and am of course now a vegan who will eat just about anything plant-based (just don’t try to serve me eggplant. I’ve tried. I’ve really tried with that one). 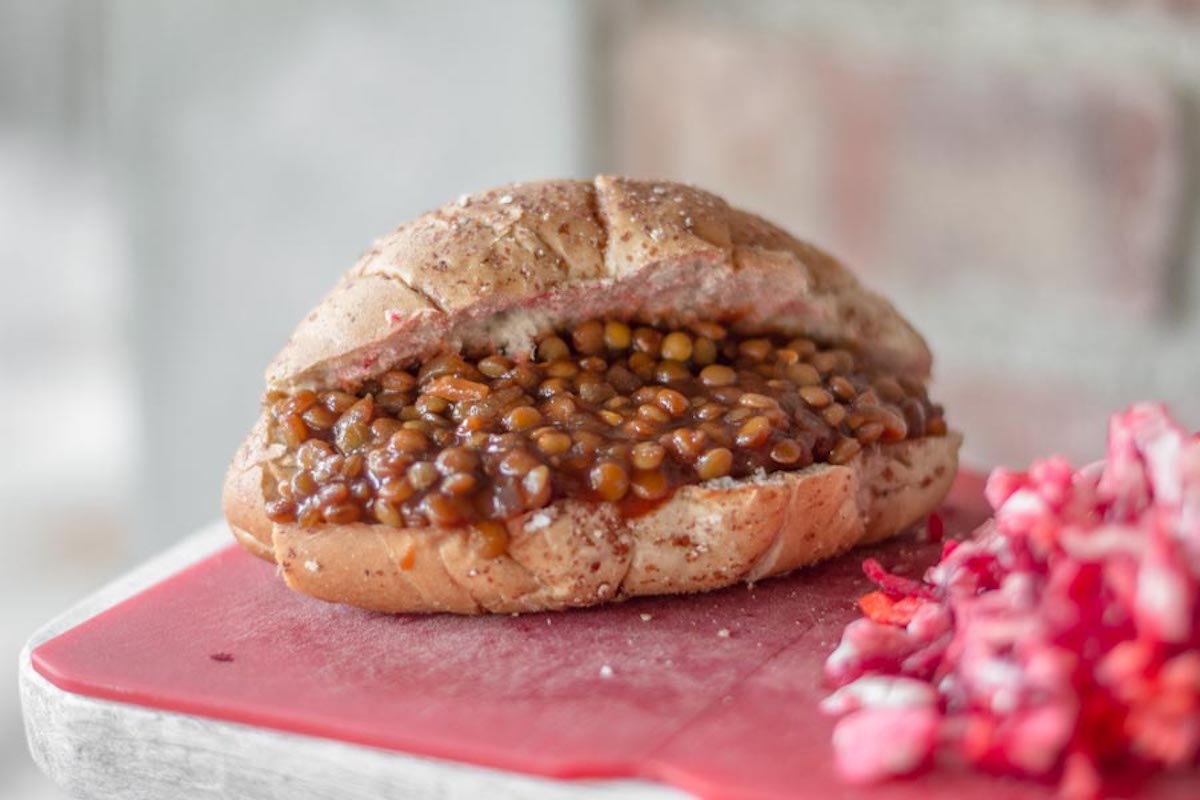 While volunteering at an animal shelter on the northern Peruvian coast, I discovered carob syrup. Carob trees were everywhere, littering their yellow seed pods all over the street.

I’ve been using carob for years, mainly as a chocolate substitute, when I didn’t want to splurge on raw cacao powder. It doesn’t taste the exact same, but it’s close enough.

Moreover, carob packs a wealth of nutritional properties, including:

The syrup, thick and slow like molasses, but with a slightly chocolate taste, called for a BBQ sauce.

Now, what to pair with that BBQ sauce that was easy to make and readily available? 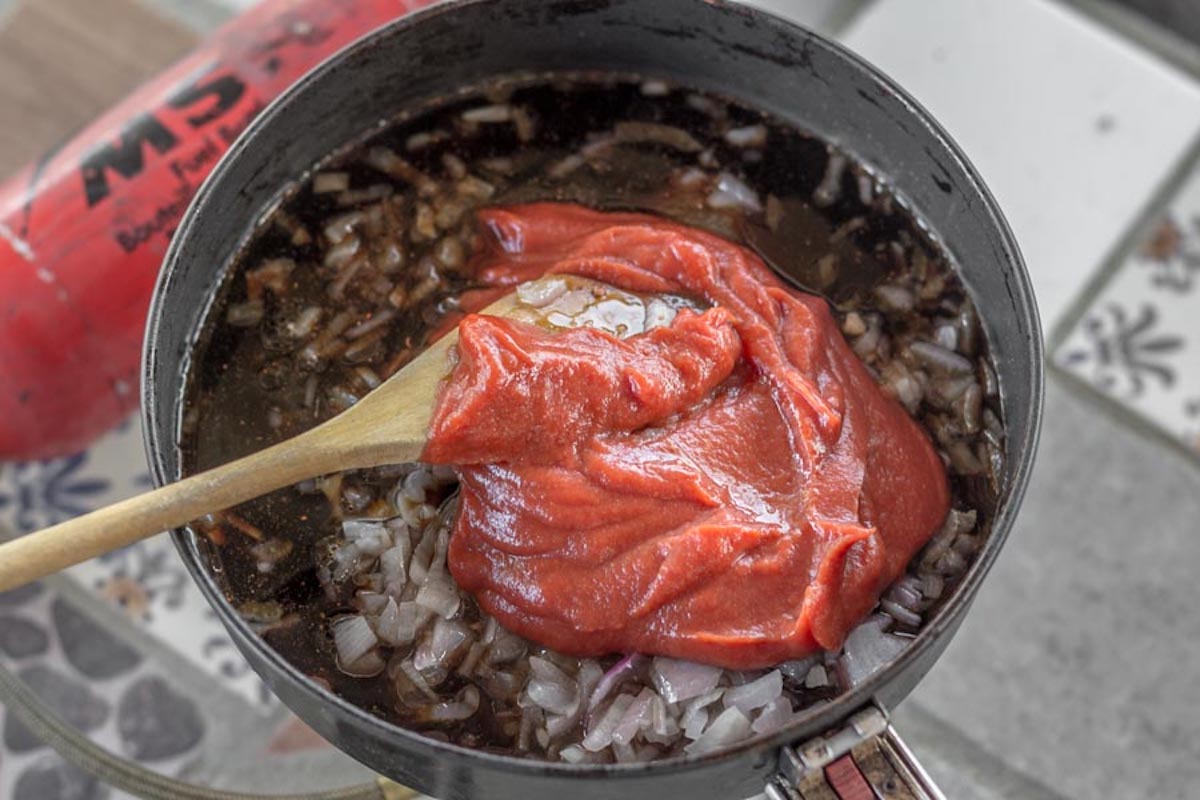 I couldn’t believe what came to my mind.

Yep, you guessed it.

But these would be vegan Sloppy Joes. No mystery meat involved, just pure plant-based goodness in the form of lentils. Whereas grains and availability of canned beans vary from country to country, lentils are one of the few staples I have found just about everywhere throughout our travels.

The BBQ sauce comes together in a matter of minutes, while the lentils are ready in about 30 minutes. Much of that time is spent simmering, making this a quick and easy dish to put together at the end of a long day in the saddle.

This recipe was inspired by Minimalist Baker and Blissful Basil 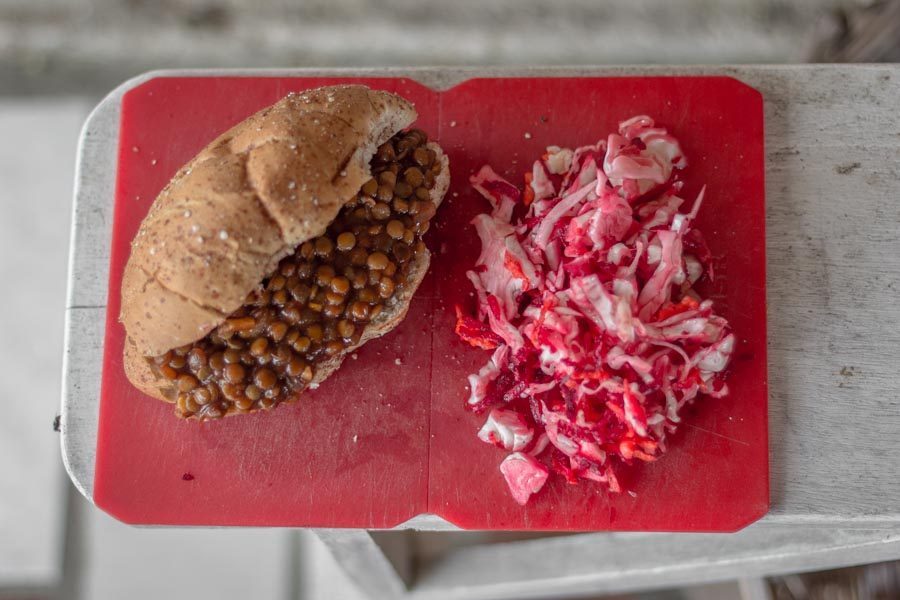 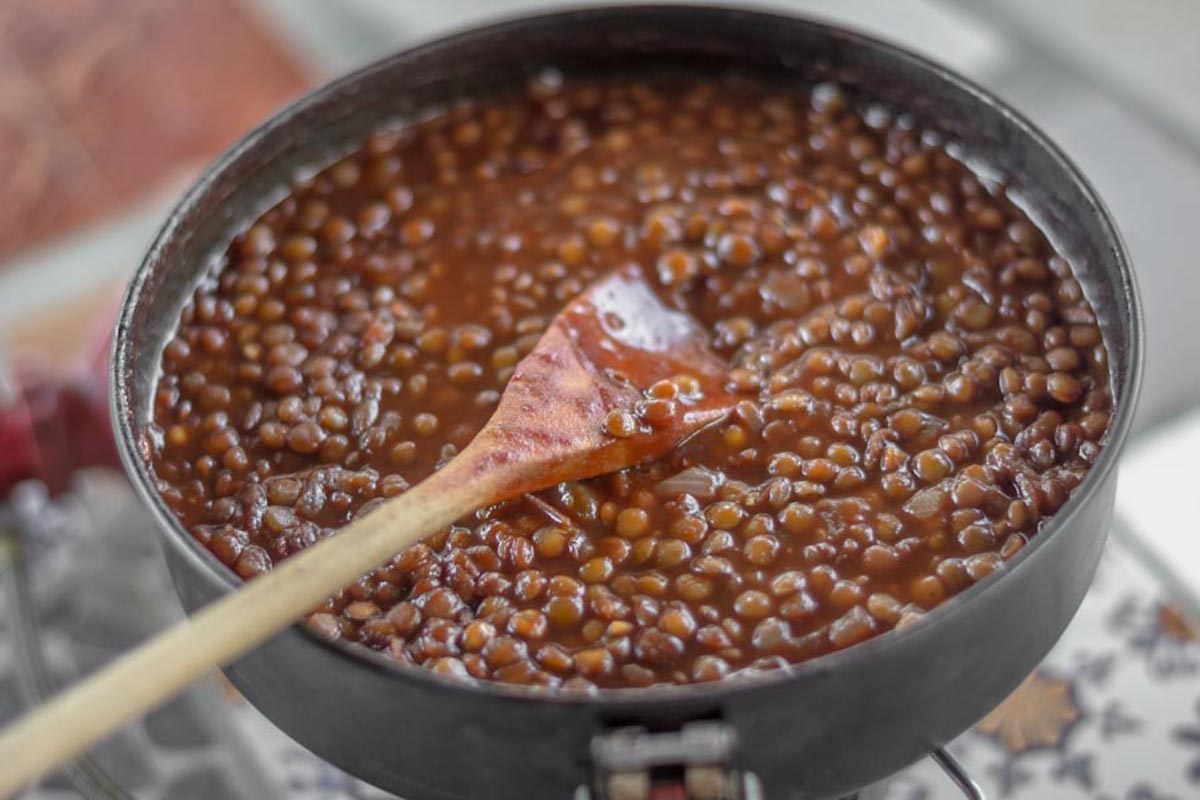 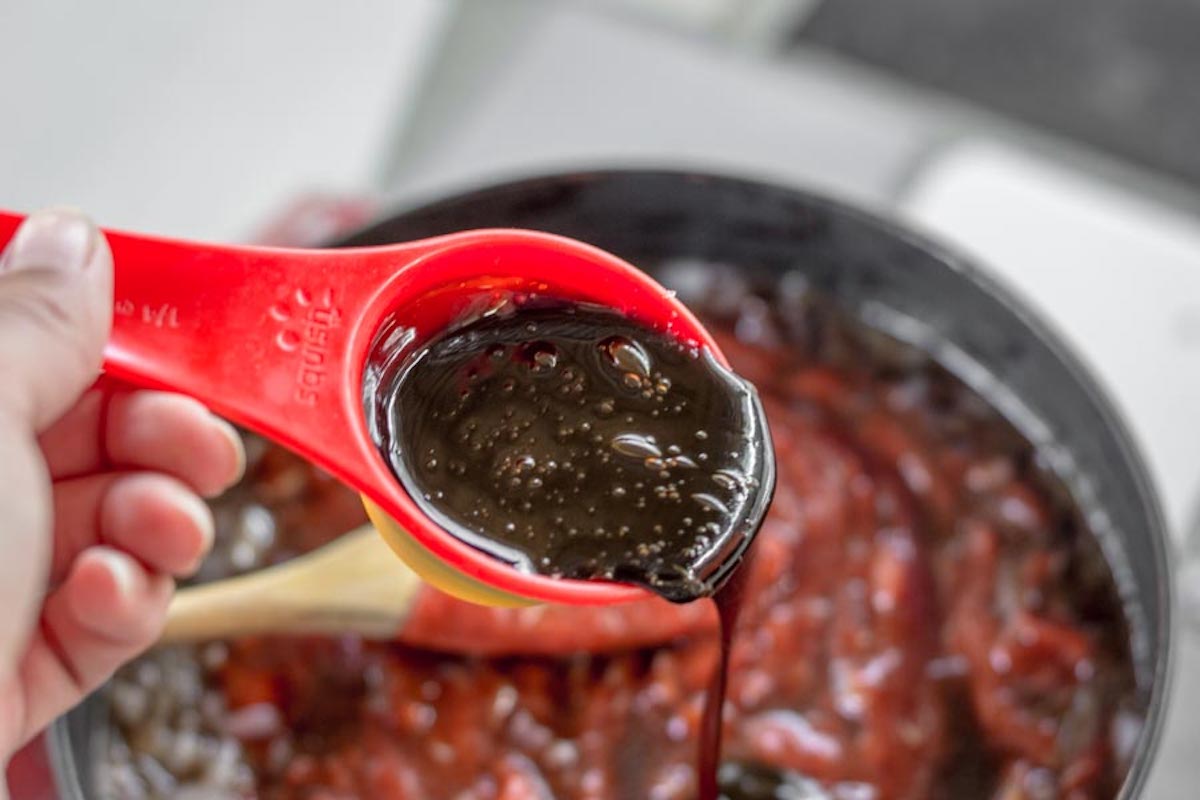 *I like to accompany this dish with a simple beet and cabbage slaw. Simply grate one beet and thinly slice 2 cups of green or red cabbage, add a bit of salt, 4 T olive oil and juice from one lemon, toss to coat and allow to sit while the lentils are cooking. 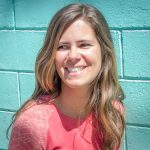 Jen is a writer, photographer, camp recipe developer, and blogger at Long Haul Trekkers. In April 2015, she and her partner quit their jobs and, with their Australian Shepherd, Sora, left their Portland, OR, home to cycle tour in Europe. They have cycled from Oslo to Greece, via the Balkans and Turkey and are now on a journey in South America. Follow their adventures at longhaultrekkers.com, or at Instagram, Facebook, or Twitter.