Photos and Story By Evelyn Spence

Over my three and a half decades as a skier, I’ve witnessed a lot of things and been to a lot of places, from Alyeska to Vermont, from heli to hut. But before I stepped off the bus at Mongolia’s Sky Resort one January, I’d never seen a man skiing in pink swim goggles. I’d never seen a woman tucking with a Louis Vuitton crossbody purse flying behind her. I’d never seen a group of kids passing around a bottle of vodka while standing in the middle of a groomed run, nor a teenage boy plucking his eyebrows while waiting in line for a rifle range that’s inside of a ski lodge. I’d never seen a girl walk through a building with her skis still on. As a longtime lover of mountains and adventure, this was the farthest I’d flung myself so far.

And I’d never been so cold in my life. 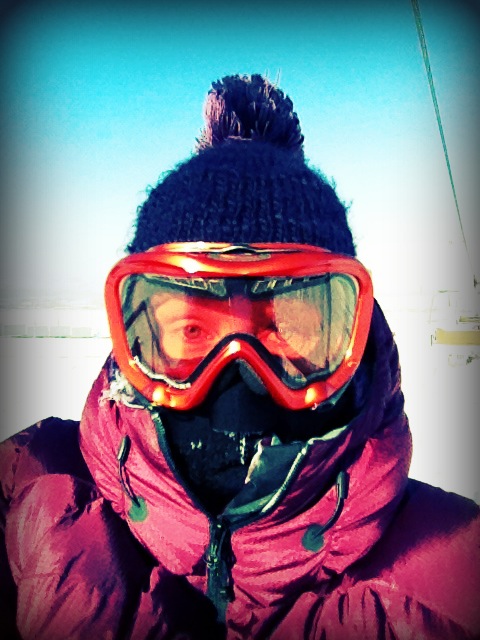 I was in the Land of the Blue Sky to explore the country’s first ski area, which was built in 2009 by South Korean developers and then bought by a mysterious conglomerate that dabbles in beer, vodka, mining, construction, cashmere, and real estate. Mongolia’s economy, fueled by the discovery of natural resources like copper, was and still is growing like double-digit wildfire; I heard that there were already two Lamborghinis in Ulan Bator, and the woman with the flying purse probably purchased it at the sparkling new Louis Vuitton store just off Sükhbaatar Square. At the VIP building at Sky Resort, there were $4,000 Lacroix skis for sale, and someone told me that they’d already sold six pairs. Lots of new money in a very old, very nomadic place.

Of course, exploring implies that the terrain at Sky was vast, the runs challenging—that there was some exertion, some confusion, some variety. I wasn’t expecting Jackson Hole or Whistler, but I wasn’t prepared for what I found, either: nine or so runs, 626 vertical feet, a base of 14 inches, and lift-tower speakers blasting Vanilla Ice. From the summit hump called Bogd Khan Uul, the pollution over the city of UB, about 11 miles away, hung like a brown ceiling. I thought my experience was going to be epic, and what I found was, upon initial glance, pedestrian.

I came in my best Western gear—850-fill down jacket, $200 mittens with gauntlets halfway up to my elbows, enough merino wool base layers to alter New Zealand’s foreign trade stats, and a fancy AT setup, all packed in bags with logos on them. And the Mongolians? Many skied without goggles. Most skied in jeans. And some even skied without gloves, whether the LED sign at the base area read -47 (past where Celsius and Fahrenheit become one and the same) or a balmy -27. They’d aim downhill and go direct, all French fry and no pizza, the way locals are said to ride their horses: Point A to Point B. They had huge grins on their faces. And me? I often had to stop midway through a 20-second-long run to hold the crook of my arm over the one square inch of nostril that was exposed beneath my neoprene ski mask. Every few laps, I had to duck inside, unbuckle my brand-new boots, and buy a cup of hot salty milk tea in the cafeteria. Me, who prided myself on being able to go bell-to-bell. I was hating it.

Ulan Bator is the coldest national capital in the world, with an average annual temperature of 27.7 degrees F. In winter, people store whole sheep on their balconies downtown—a walk-out freezer. But it’s high and dry here, so it doesn’t snow much: the “Engineering Team” at Sky blows about a foot in November, before the lines can seize up, and then waits until March. Under my skis, it felt like Styrofoam. Footprints made in the early season can stay there until spring, as if pressed into concrete. The snow crystals squeaked like quartz sand in some places, but sometimes had the texture pure rime. I grew up on a diet of Cascade cement, muscled through years of Sierra mashed potatoes, and spent a good part of adulthood floating on champagne powder—but this was different. It was like skiing on that green stuff you stick fake flowers into. I thought I could ski everything beautifully. Turns out I couldn’t.

Some days, the resort didn’t open until 11:30; other days, the lifts stopped while everyone took a lunch break and ate trays of mutton dumplings. Often the corduroy remained until 3, and the tracks inscribed in it were straight lines, not graceful arcs. Busloads of students came into the lodge one afternoon, but most didn’t ski; apparently Sky Resort is a place to be seen, whether you try the sport or not. At first, the hardcore in me was tempted to scoff, as I did when I saw a girl in a fur coat, legs spread apart, knees bent, leaning back, caroming down the run called Artsat and straight toward me—close enough to see that she had a bloody lip. Or when I saw a chubby kid sitting on a bench with one leg crossed over the other, first putting on one ski on like a shoe, then standing up and trying to click into the other ski while it was facing backward.

But I realized that what I was actually seeing was the birth of modern skiing in a country that was itself undergoing an unfathomable transformation. This was the sport in origin, a people just discovering what could become a passion. The Mongolians were tough, they were curious, they were enthusiastic. They didn’t yet need hotels with spas, or high-speed quads, or black diamond slopes. In big groups, they yelled and laughed; when they fell, they untangled themselves and kept right on going. The girl’s bloody lip framed a huge smile. The chubby kid eventually got his skis on and walked to the magic carpet. I thought about the peaks I’d climbed, the chutes I’d threaded, the yurts where I’d stoked fires, the ranges I’d traversed. All of that adventure? It was still, perhaps, in front of the skiers at Sky Resort. Maybe the one with the faux-hawk and the Air Jordans would find his way to the powder of Hokkaido; maybe the girl in the rented gray jacket and the fur miniskirt would someday ski Alyeska or Zermatt or experience what it’s like to open the door of a warm hut after skinning uphill all day. And if not, they could derive just as much joy from tucking down Zalaat, or Khurkhereet, or Chuluut—because sliding on skis is, almost always, a lot better than not sliding on skis.

When my cup of tea was drained, I pulled tight the cord of my mittens and battened down my hood until I would have fit into an Everest Camp IV selfie. And then, satisfied and happy, I went right back into the cold. 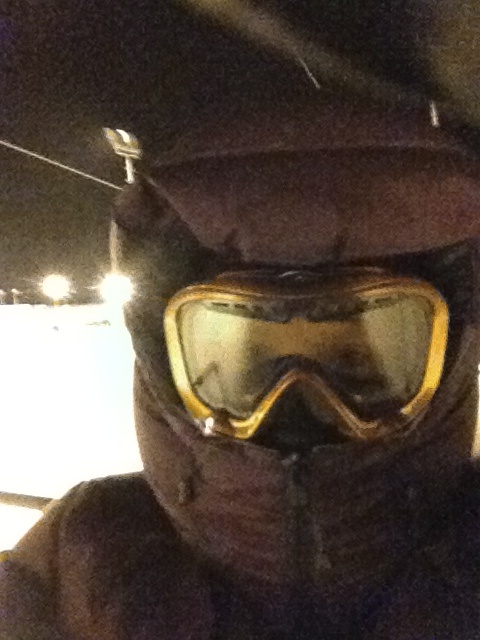 Evelyn Spence is an award-winning, Seattle-based writer and editor for magazines ranging from Backpacker to Women’s Health.