Photos and Story by Ben Kunz

On July 20th, 2013, Tim Halder, Joe Sambataro and I completed the second ascent of the McNerthney Pillar on the north face of Mount Waddington in British Columbia’s Coast Range. This prodigious rock pillar was climbed by the Northwest’s own McNerthney brothers, Pat and Dan McNerthney, back in 1986. Despite the appeal of this beautiful rock pillar and “providing far and away the most powerful climbing line of this face of Waddington”, it had yet to see a repeat ascent. 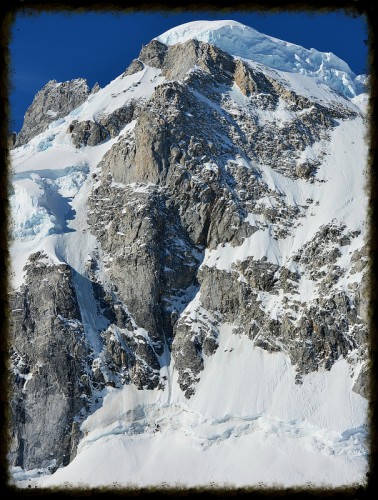 Climbing a big, steep route like the McNerthney Pillar was a huge undertaking for the three of us. Despite forays into the other Great Ranges (Peru, Alaska, Alps, Himalaya), none of us had climbed such a technical, once-touched line on such a colossal mountain before. Climbing as a team of three can have obvious drawbacks—it’s less efficient overall, belays are more cramped, bivy ledges need to accommodate three people—the list goes on. However, we found that on our climb, it proved to have some key subtle advantages. 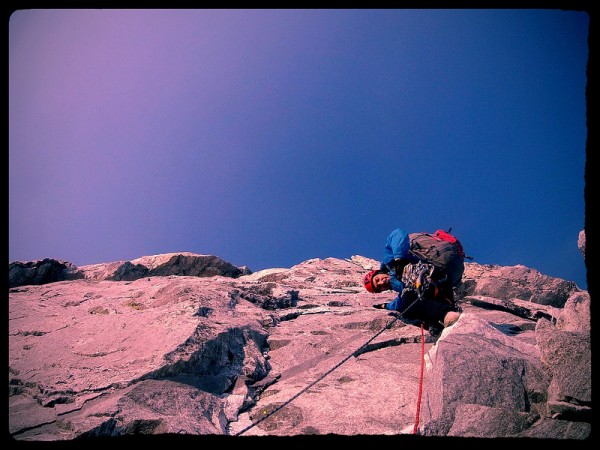 I mean this metaphorically and literally. Obviously when stove, sat phone, food, and other group gear can be divided amongst three, it means that each person carries a little less, and losing a little can make a huge difference in alpine climbing. But less tangible is the sharing of duties. Three instead of two means that you don’t have to lead or belay every pitch. It’s nice to take a real break: eat a little food without trying to feed out rope at the same time, take the time to take a photo without rushing in a buttshot between moves, someone to help uncoil the rope or pull your jacket out. And of course, you divide the trip expenses between three!

Bivying on a big route

Despite the amazing position and surrounding beauty, trying to sleep on a steep buttress on the North Face of Waddington is definitely Type II fun (fun only in retrospect, not fun while it’s happening). On the McNerthney Pillar, we bivied twice on route and once on the descent, so we refined our systems for maximum efficiency and comfort. Melting snow and ice to rehydrate and eat is a time killer and putting someone on this duty right away can mean adding significant sleep time. Searching out a bivy site, chopping out snow and ice, adjusting rocks to make it as flat as possible can be a perfect one-person task. The last person can handle organizing sleeping gear, hanging the rack for the next day, and pitching in to help when someone needs another hand. 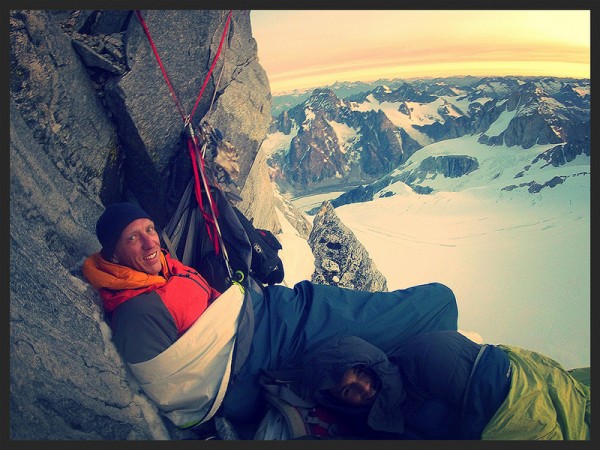 A party of three in big alpine terrain can have huge advantages. Glacier travel is generally safer with three, and certainly pulling off crevasse rescue with three versus two is much more realistic. And if the unthinkable happens and someone gets really hurt on route, high angle rescue and evacuation scenarios can be simplified and expedited tremendously with the help of a third person.

Perhaps most importantly, a third provides another to share the experience with. With just two, it’s not uncommon on serious routes to enter into a “get-it done” phase that means hyper-efficiency and hyper-concentration. Clearly these are important, but sometimes all that focus takes a little away from the overall experience. It is supposed to be fun, right? When working well, the dynamic of three can be a real blast; a triad of personalities melds for each person to take turns at all the roles from leading, to support, to motivator or adding comic relief! 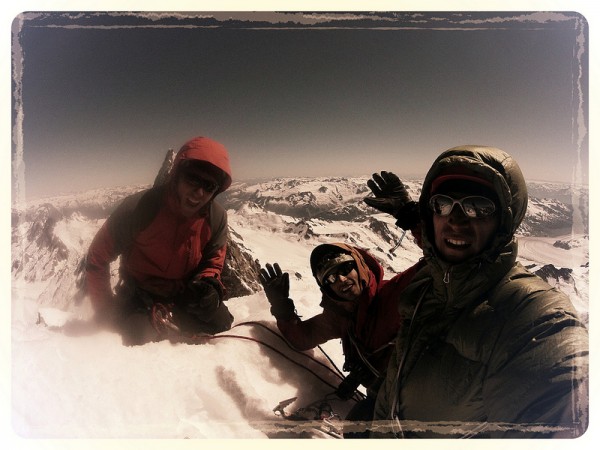 Our team was lucky in many ways to pull off our ascent and we have each other to thank for strong efforts, great teamwork and good attitudes. The camaraderie we gained through this experience will last us for a lifetime!