Photos and Story By Ben Kunz

Well you’ve probably never heard of the Toyota MasterAce. It is the original name of the Toyota van distributed worldwide from 1982-1989. These vans have a bit of a cult following , much like Volkswagen vans.  And they are equally infamous for breaking down.

Recently, on a climbing trip to Washington Pass, the North Cascades granite playground, it was my partner’s turn to drive. We planned to take his beloved Tawny, a 1986 Toyota van that has its quirks. So I suppose it wasn’t a huge surprise when we broke down near Rockport, WA. Without cell phone service it took considerable effort to find a phone and get AAA involved. 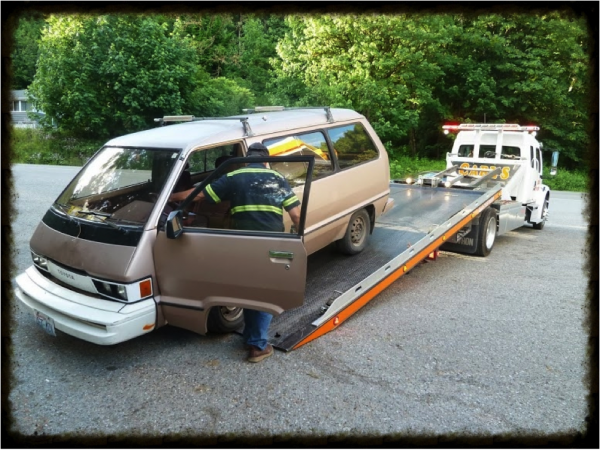 While we waited I reflected on how comfortable our lives are compared to our forefathers’ when it comes to getting to the mountains. Guidebooks, cell phones, internet forums, paved mountain highways (with dedicated snow removal), access to reliable and inexpensive cars… all of these things make our recreating lives a breeze. In Challenge of the North Cascades, Fred Beckey describes how he used to hitchhike around the state to get to the mountains — which in his day meant hitching all day to get to Twisp. From there, he had to hike for at least another day to get to parts of the North Cascades that are now practically roadside. A trip to Washington Pass was an epic undertaking in those days!

While we waited for the tow truck to arrive, we started considering new options. Maybe we could send good ole Tawny back to Seattle without us and we could try to continue on with our intended adventure. It’d be late. We might get stranded.  But we had food and gear, and it would certainly add to the adventure!  So we thought, ‘Why not?’

A quick discussion with our tow truck driver, Jim from Sedro-Woolley, affirmed our plan — we could send the vehicle all the way back to Seattle without us. It was a slightly emotional goodbye as we parted ways with Tawny, knowing that our fate was in the hands of the few drivers left that evening on the North Cascades Highway.

Hitchhiking is always about location—find that spot where you can be seen early (to give the driver time to decide to pick you up) and where the driver can safely pull over. And in Rockport, WA, hanging out at the Shell station is even better. A quick chat with the locals scored us a short ride with Sheila eight miles down the road to Marblemount. We rode in back of her pickup with piles of laundry while she ran errands on her way. As each of the windy miles ticked by, Tim and I warmed ourselves with a fuzzy, safari-patterned blanket that was sitting on top of the laundry.

We sat awhile on the side of the road in Marblemount hoping for a ride. A particularly garrulous local returning from fishing on the Skagit gave us some heavily booze-filled knowledge — according to him, we didn’t have a chance getting a ride at this hour of the evening on a Sunday night!  Then he turned back to his Sunday evening ritual and slugged back some sloshy fluid that was starting to look appealing to us. A few minutes later, a Dodge Dakota pulled over and we met Chris. Over the course of the next 60 or so miles to Washington Pass, Chris enlightened us about rock hounding, and his quest to collect opulent rocks around the North Cascades.

We arrived at our destination as night was falling. As we were about to say our goodbyes, Chris jumped out of the car, opened up his palm and held out a collection of rocks, “These are smoky quartz crystals. Here’s some blue agate.  These creeks have a real wealth of minerals.” We saddled our packs and headed off into the woods to catch a little shut eye before our climb up Juno Tower. Our climb went smoothly and we swapped memories of the rides and characters we’d met the night before and imagined who we’d meet on our way back home!

The way back across the North Cascades was even smoother thanks to a local commuter with a habit of picking up strangers. We’ll call him “Ralph” to protect his identity from his disapproving wife. “Ralph” met us right at Washington Pass and drove us all the way to I-5. My wife, who wanted in on the adventure, met us at the Arlington Tesoro with a car packed full of provisions, and happily escorted us back to Tim’s house. And sure enough, when we got back home, Tawny was parked on the street as promised. 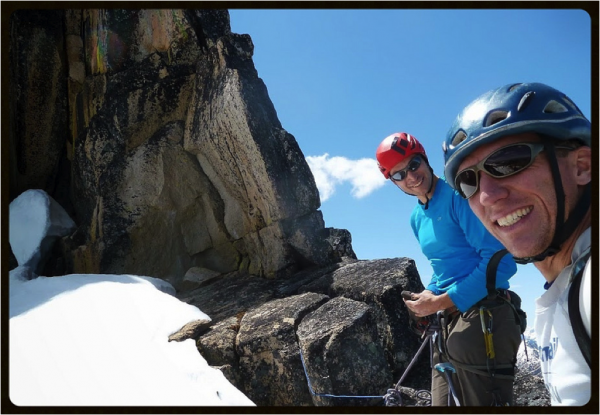