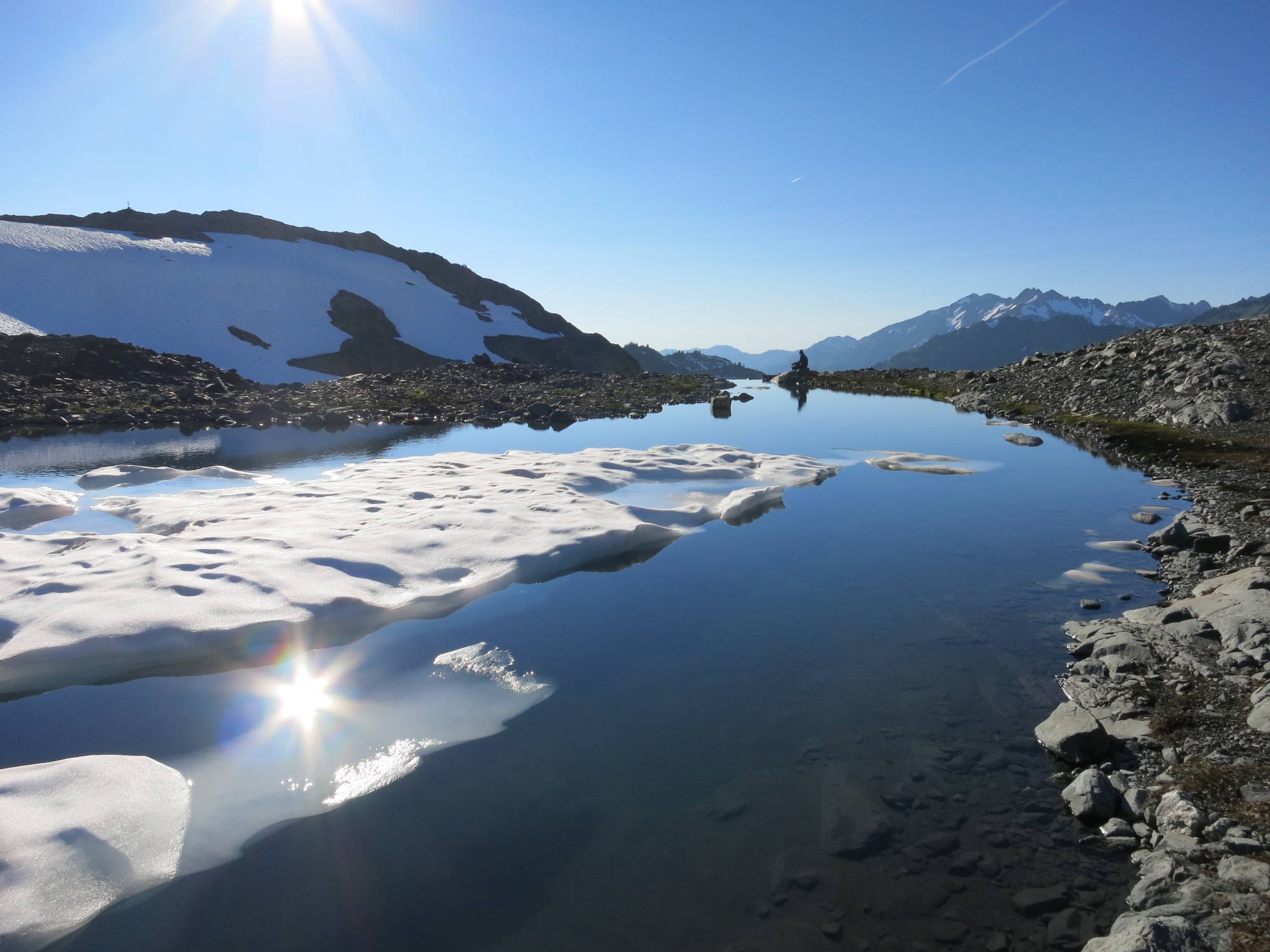 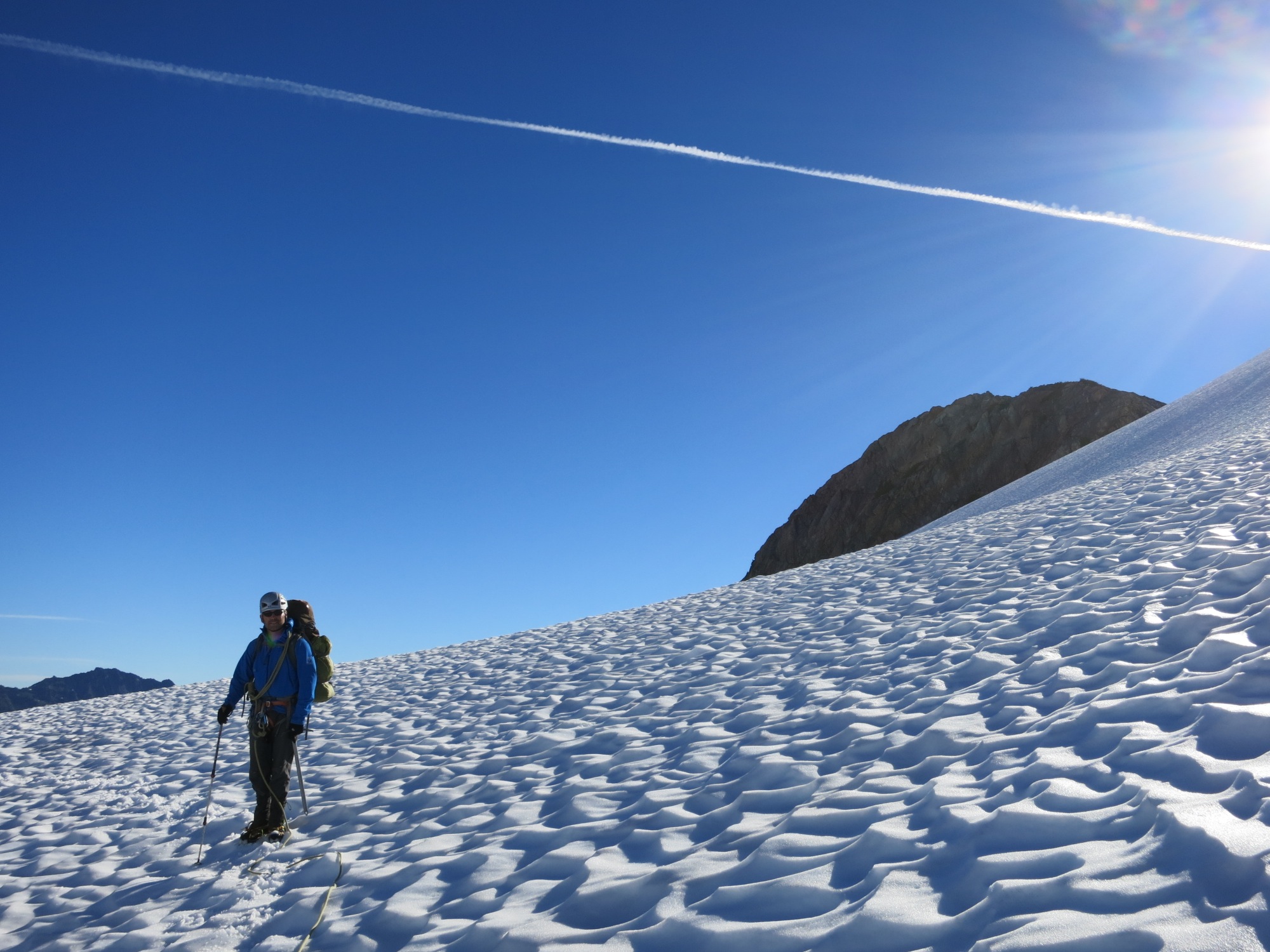 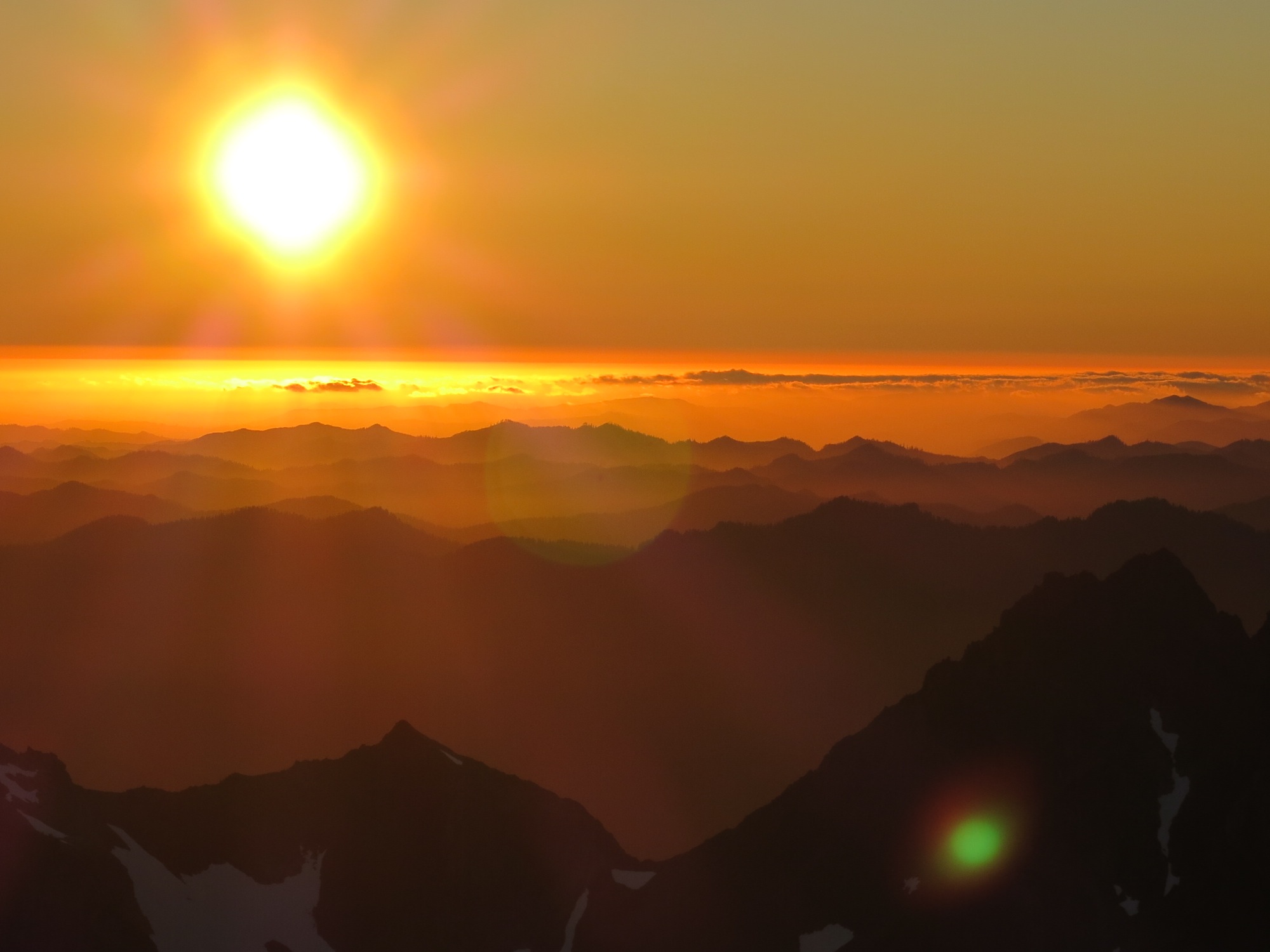 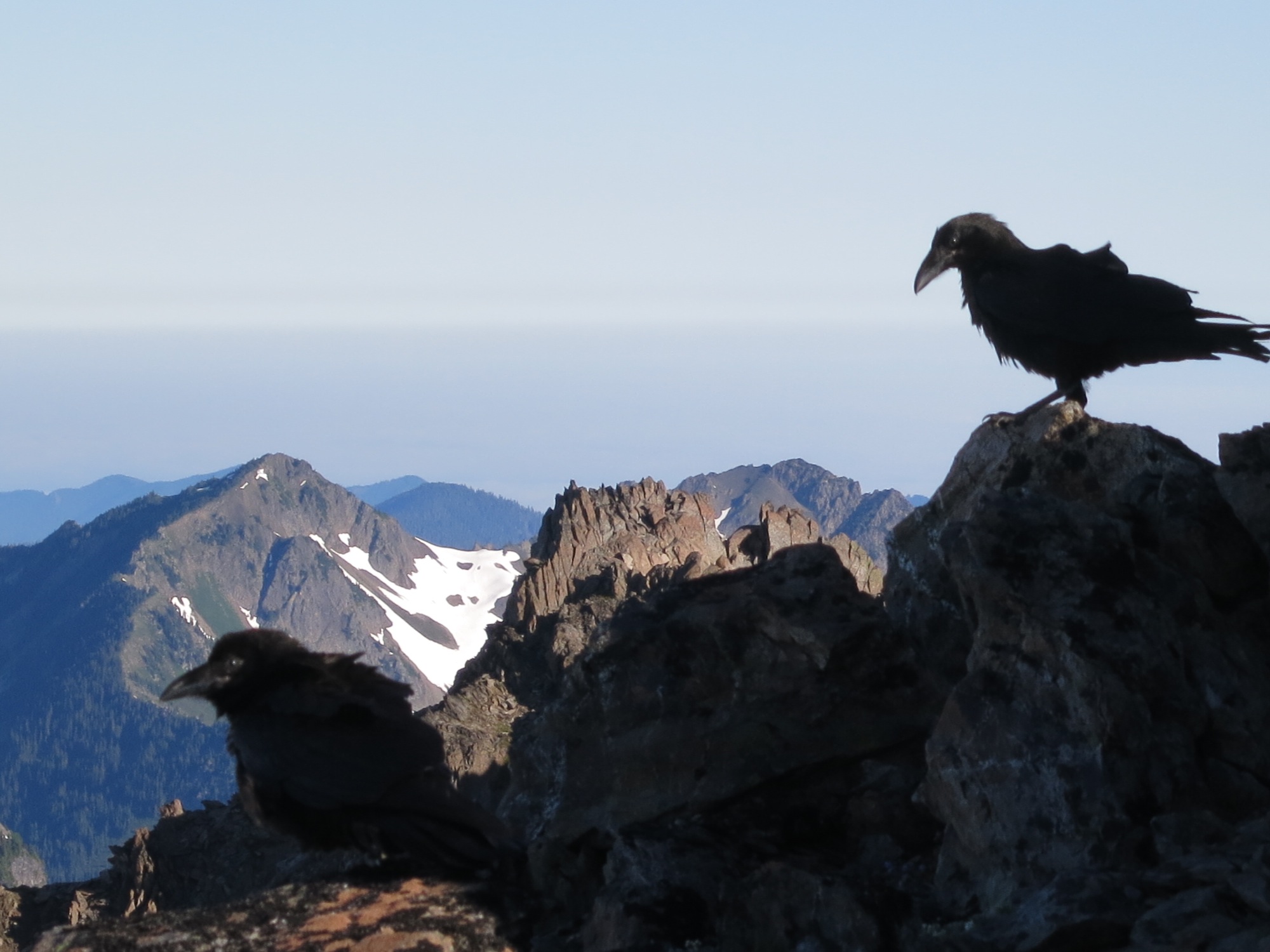 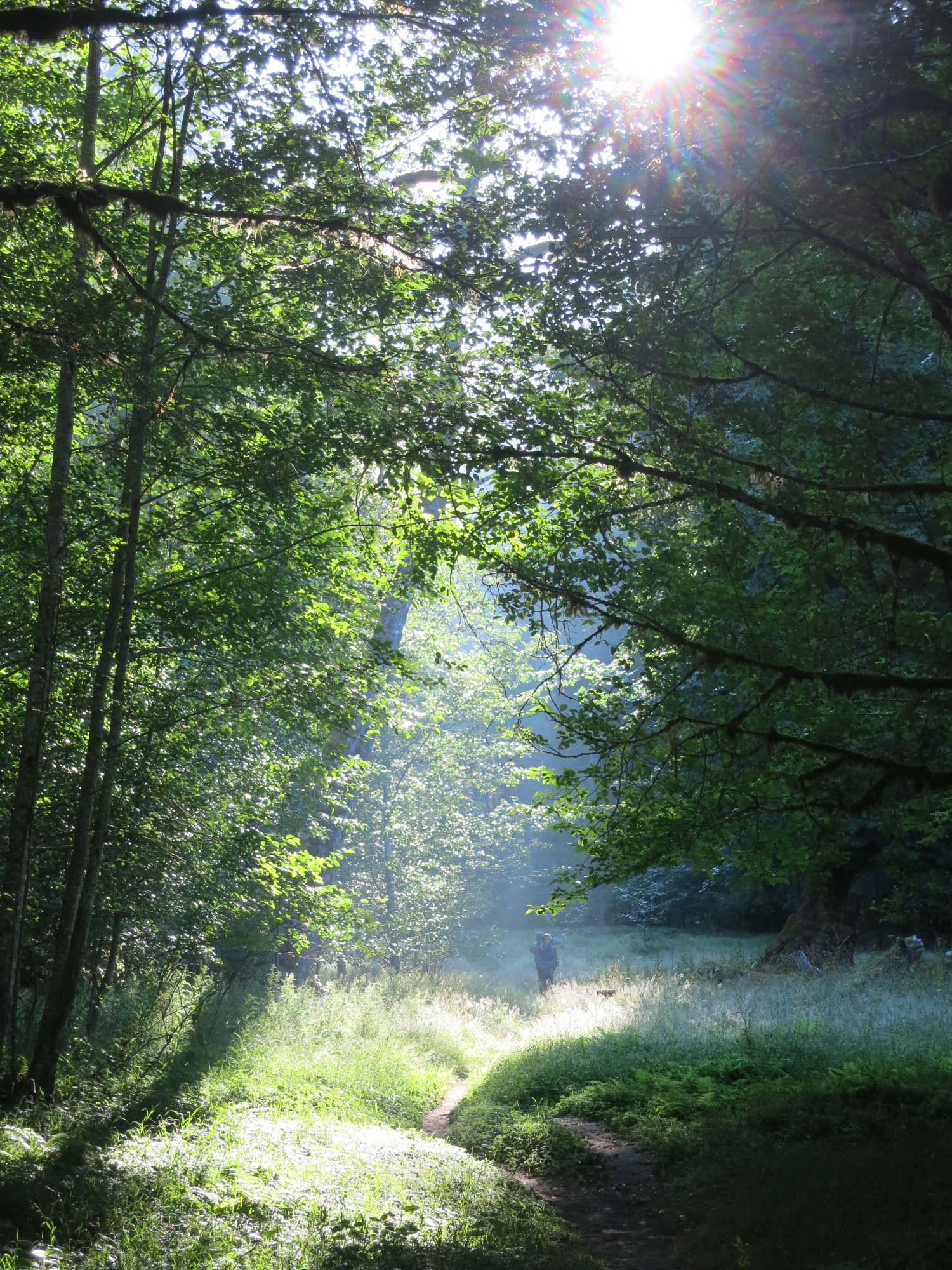 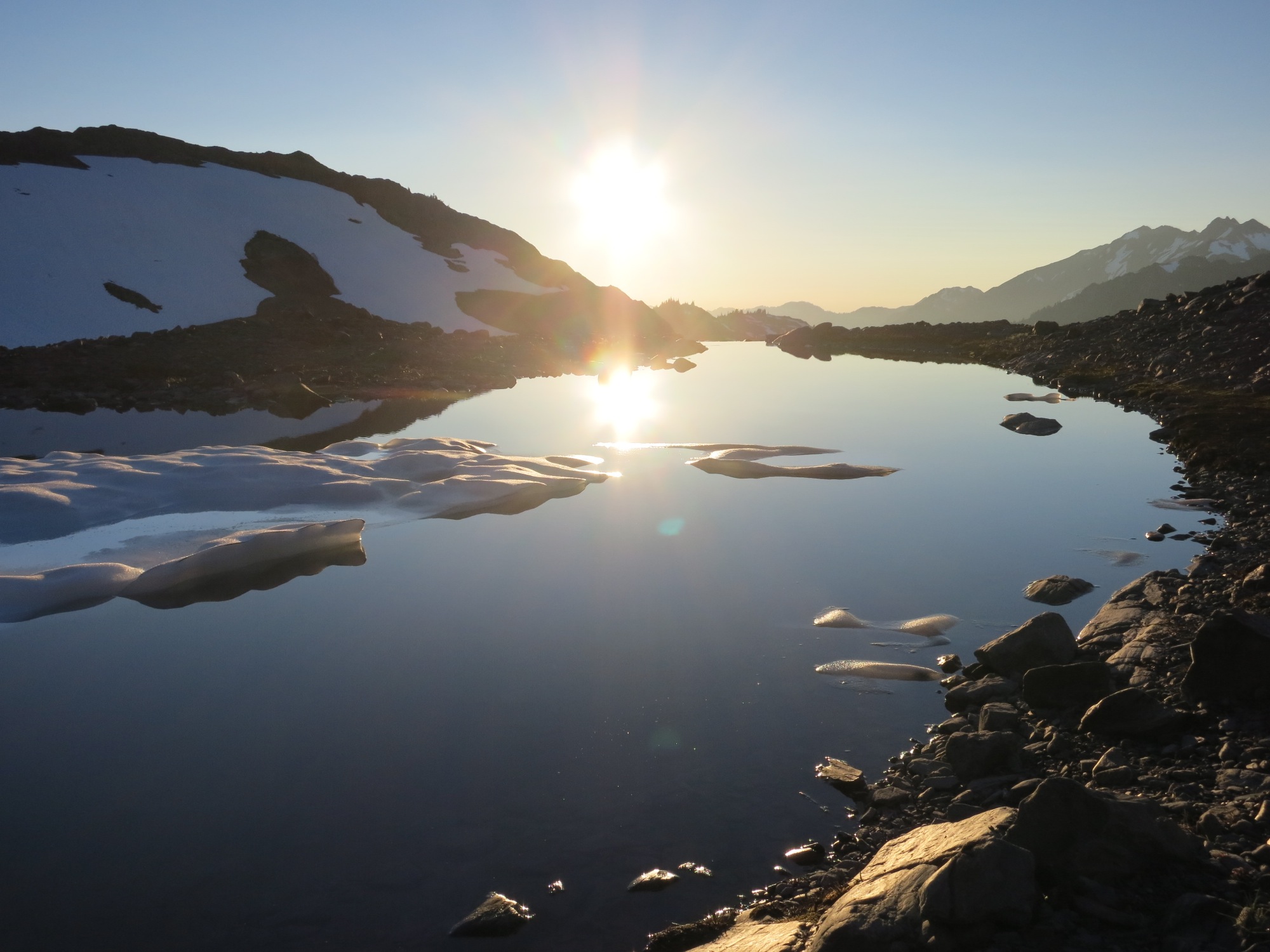 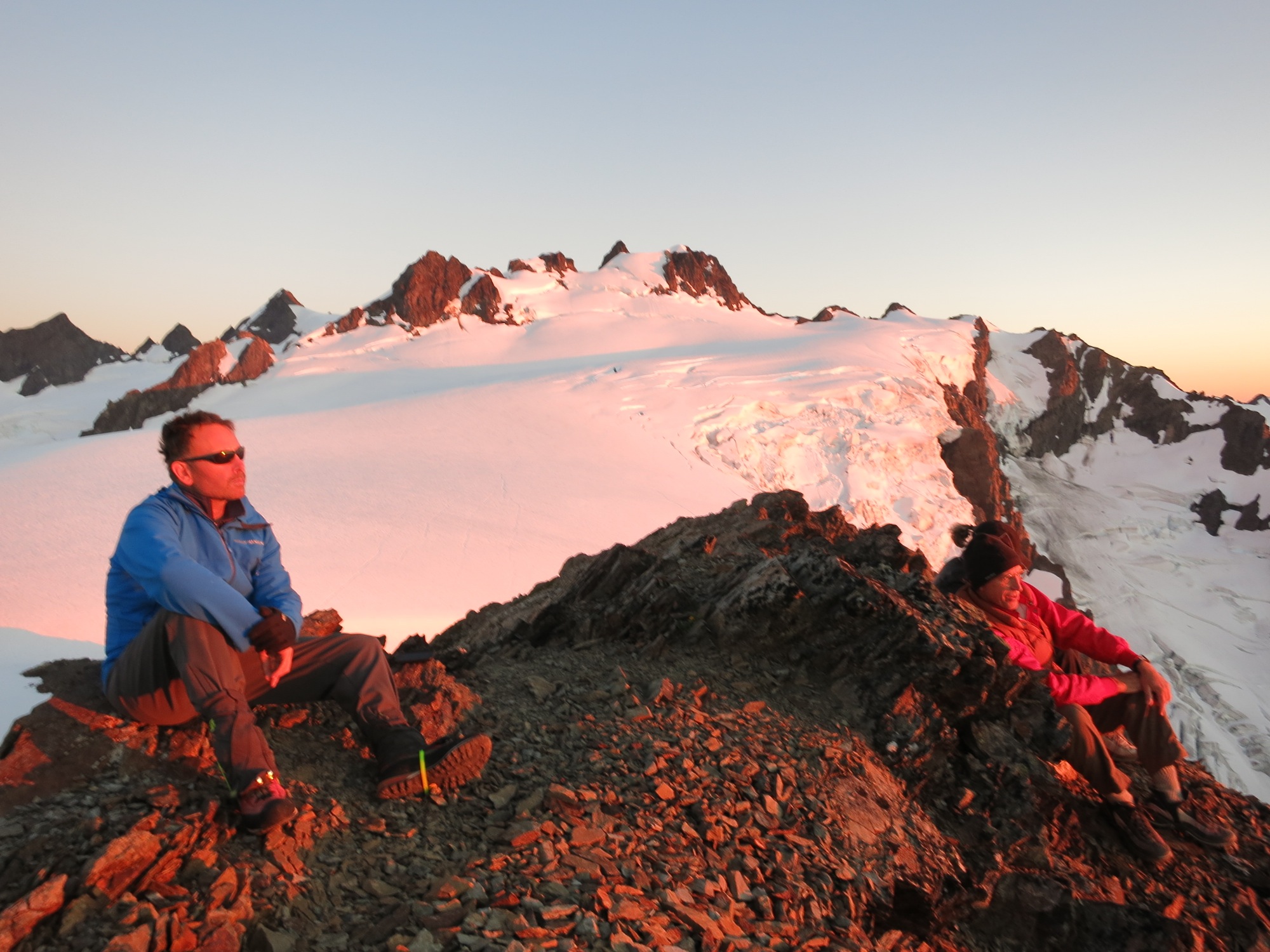 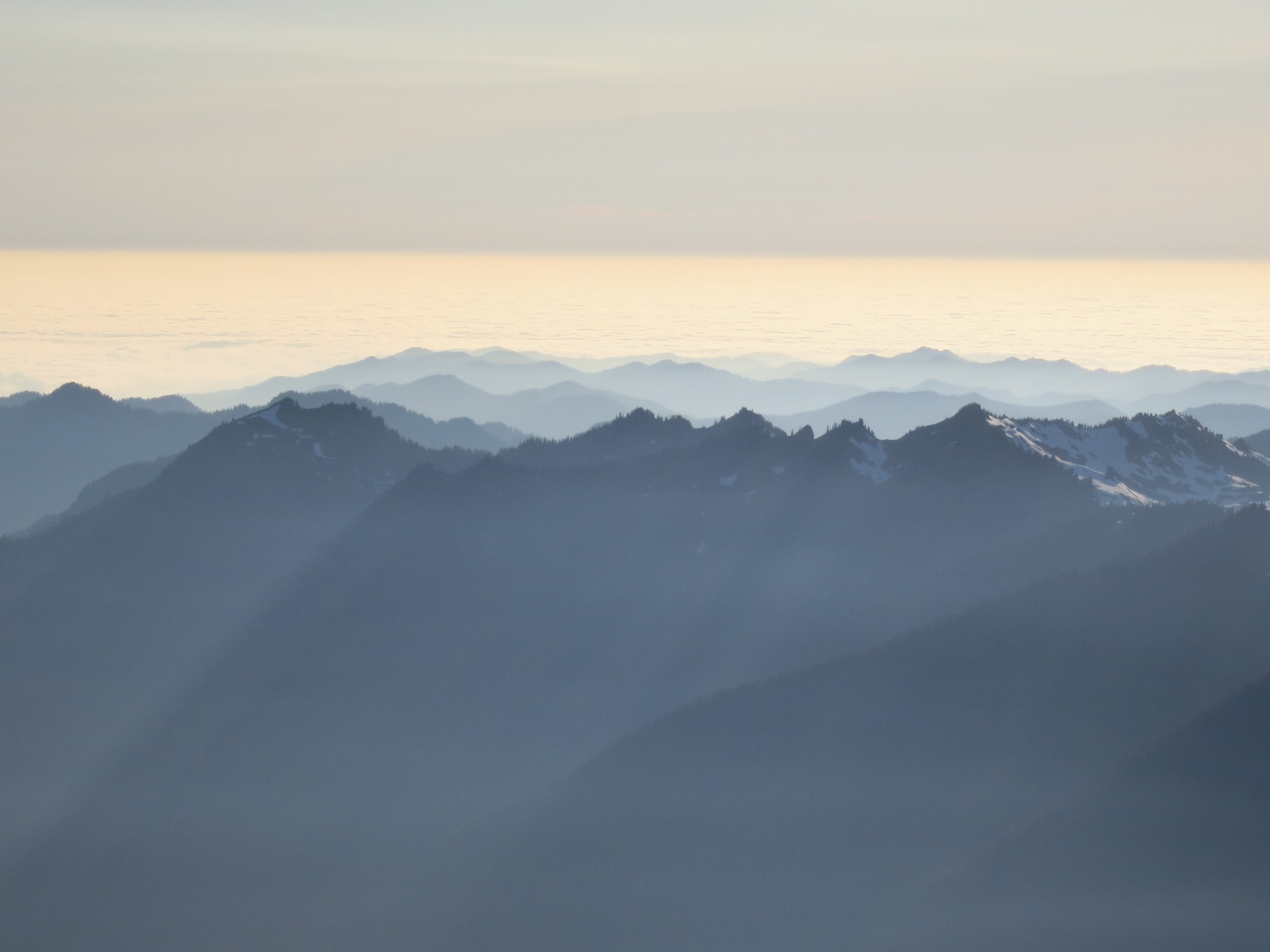 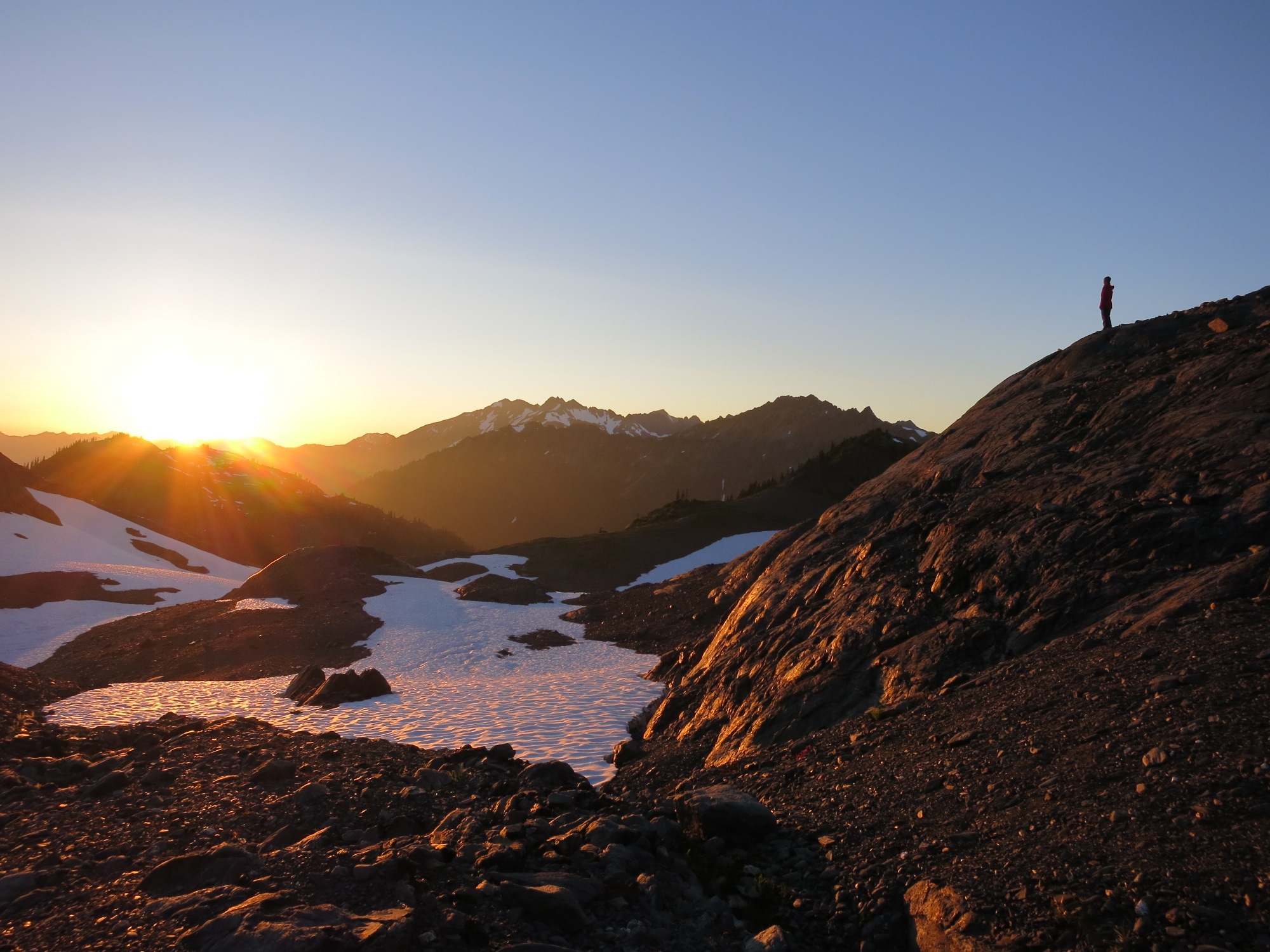 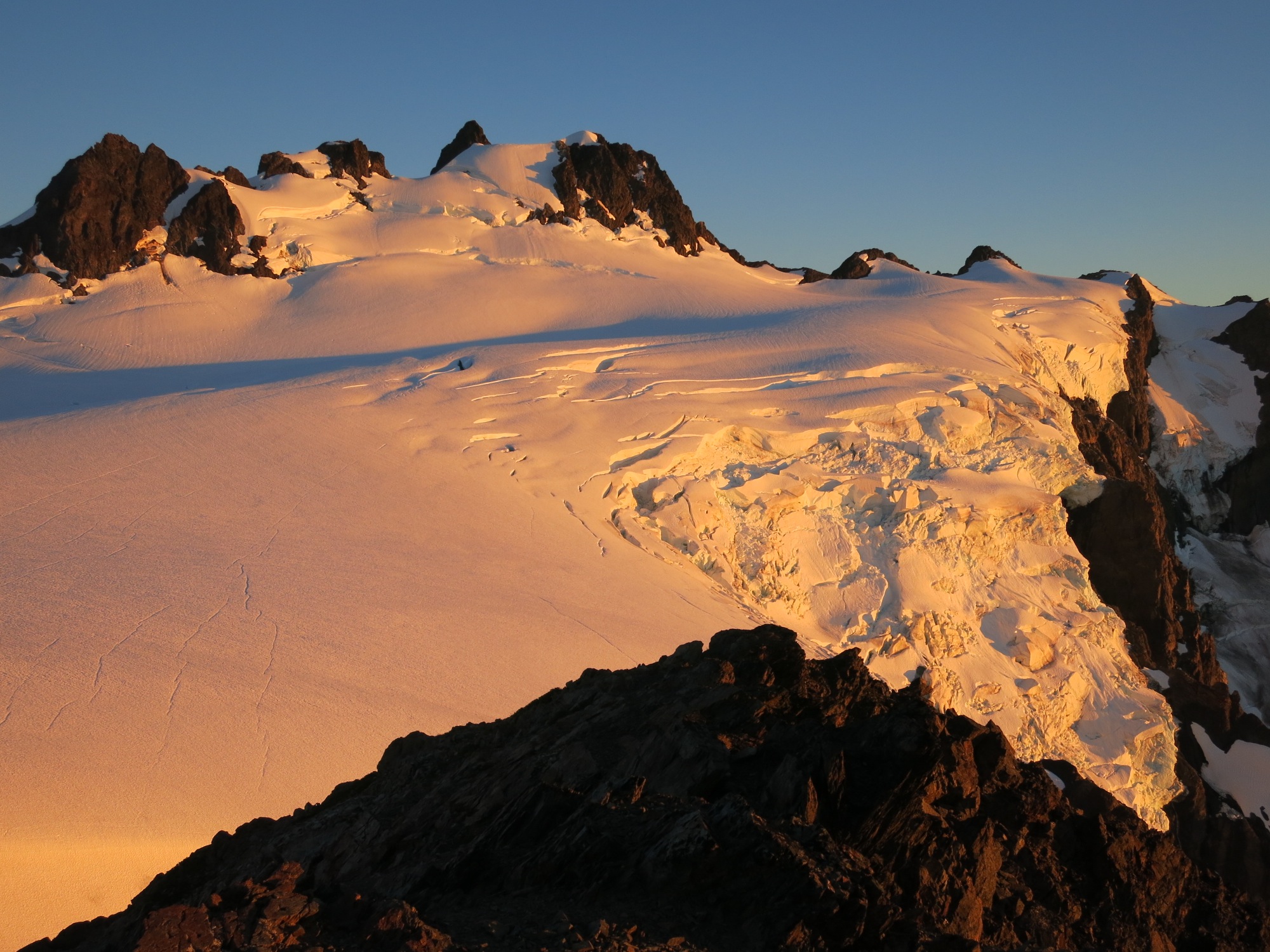 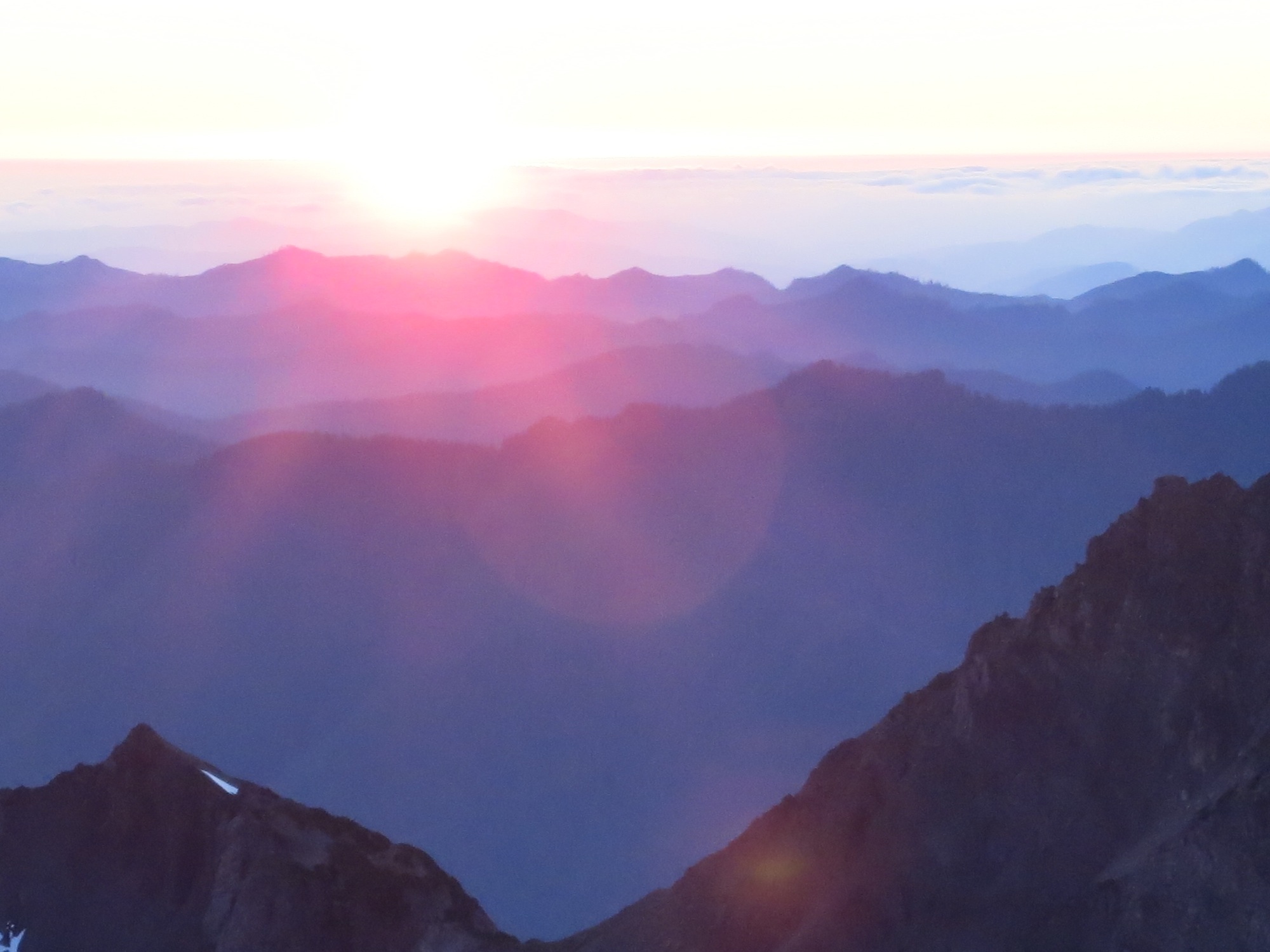 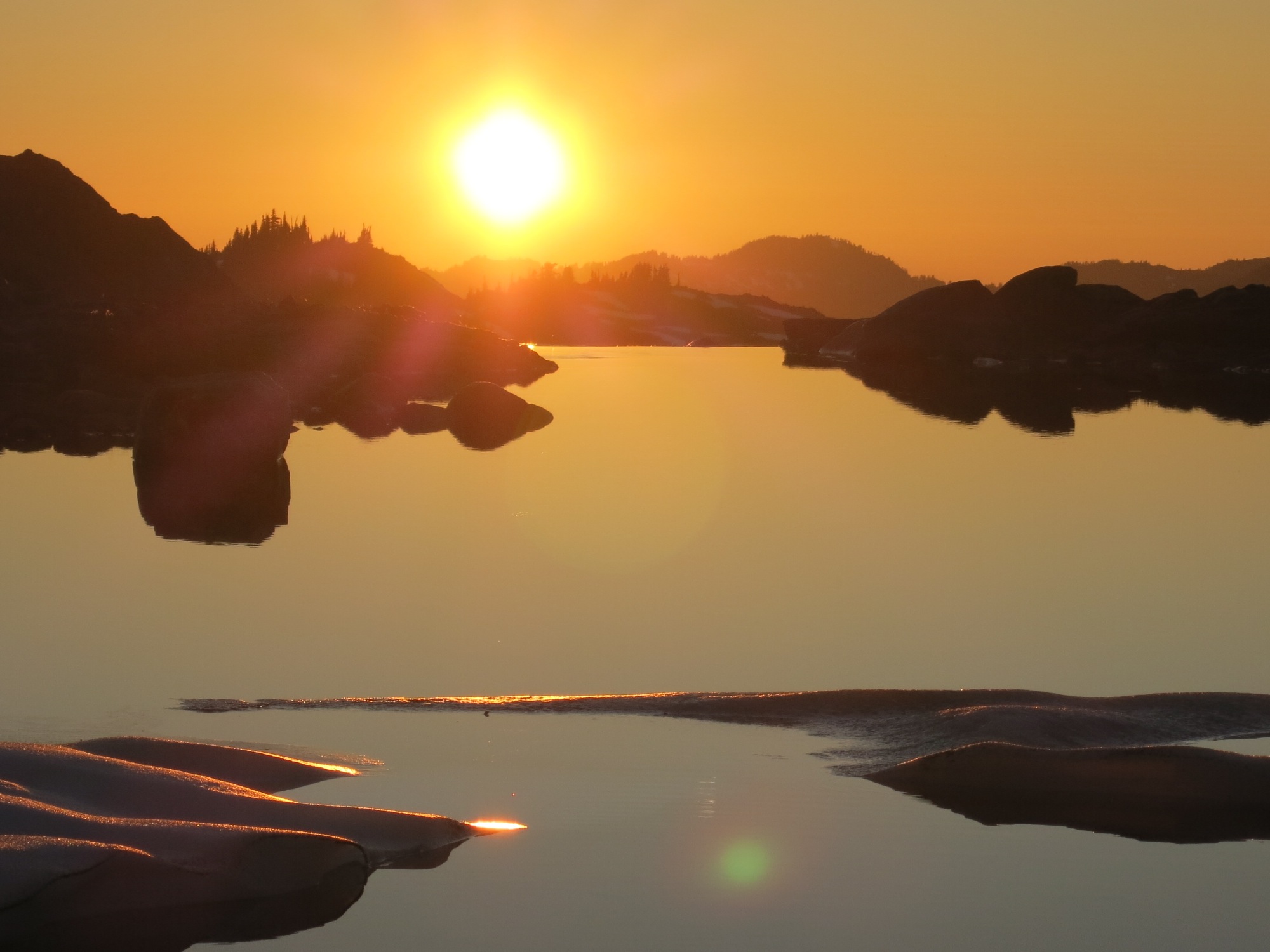 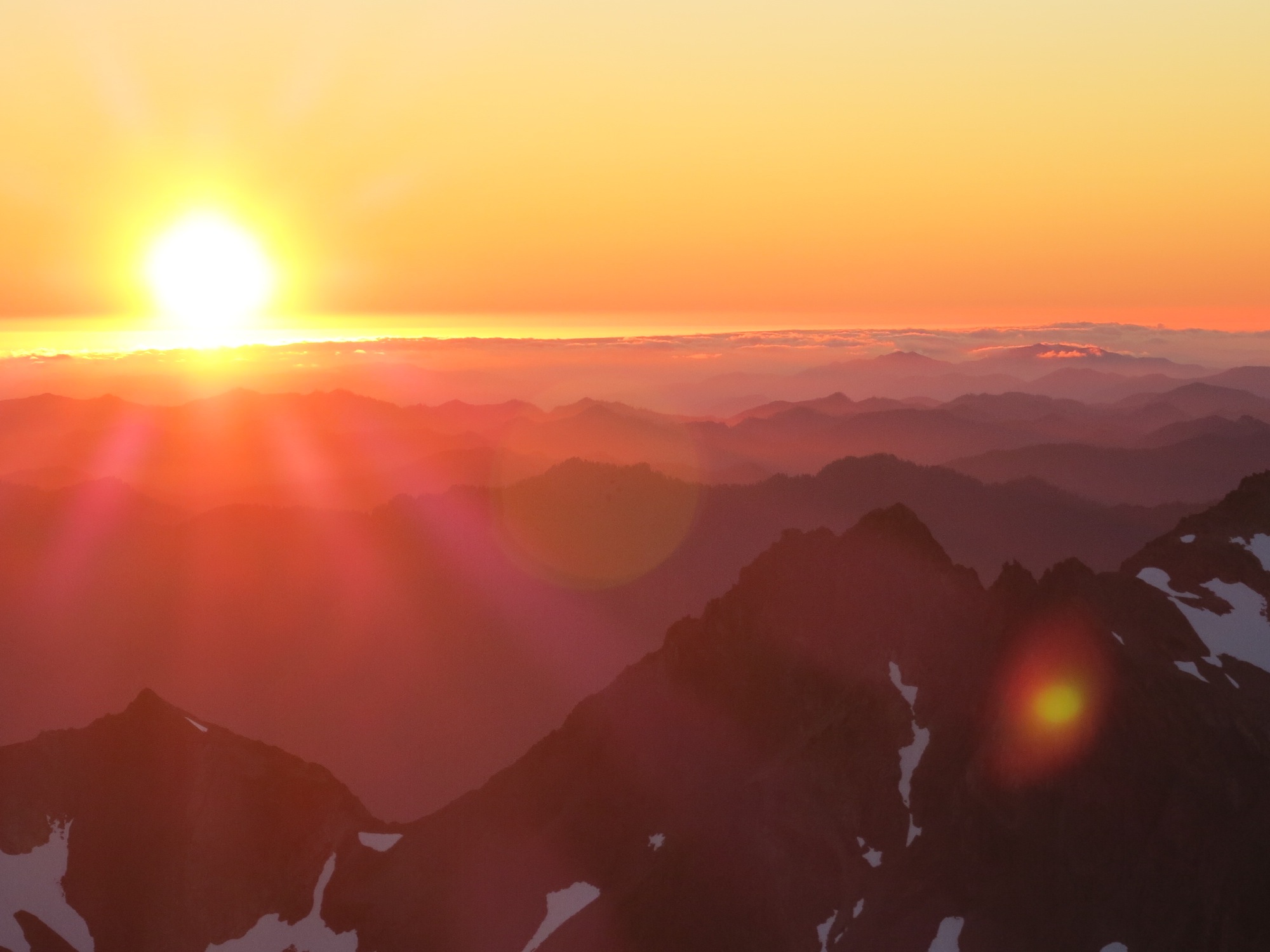 Mike Natucci and guide Aili Farquhar headed out on the sunny morning of July 20th to traverse the Bailey Range, a remote interior sub-range of the Olympic Mountains. The Baileys are known for intricate glaciated terrain, rotten rock, and abundant vegetation, all of which the team encountered during their nine-day crossing of the range.

When Mike and Aili arrived at the High Divide at 5,000 feet elevation they were pleasantly surprised.  The five feet of snow the ranger had warned them about had melted out and left in its wake waving fields of white glacier lilies with bright yellow centers.

In the cool of the morning the team climbed over the shoulder of Stephen Peak onto the rocky ridge above Cream Lake Basin. The ridge proved quite a challenge – loose, third-class ledges gave way to groveling through thick evergreen branches of the ridgetop krummholtz.

The Hoh Glacier flowed down into blue ice, moraine, then became the thundering Hoh River below.  They descended steep snow to the island in the sky that is Camp Pan, a small enclave of trees and flat dirt perched on a rocky outcrop a few hundred feet above the Hoh Glacier.

The next day found them again on steep glaciers.  They ascended snow to the base of the East Summit of Olympus.  Fourth and low fifth class loose Olympic rock led them to the summit and through a loose and blocky downclimb to the security of snow below the summit.

On the seventh day of the traverse they reached the ceiling of the Olympic Mountain Range.  They took photos and ate a snack as they looked at Baker, Rainier, and St. Helens floating in the distance.

The next day Mike and Aili descended into the moss-draped old growth forest once more.  They hiked along the Hoh River.  Days before they had traversed the ice that would someday swell these waters during the summer melt.