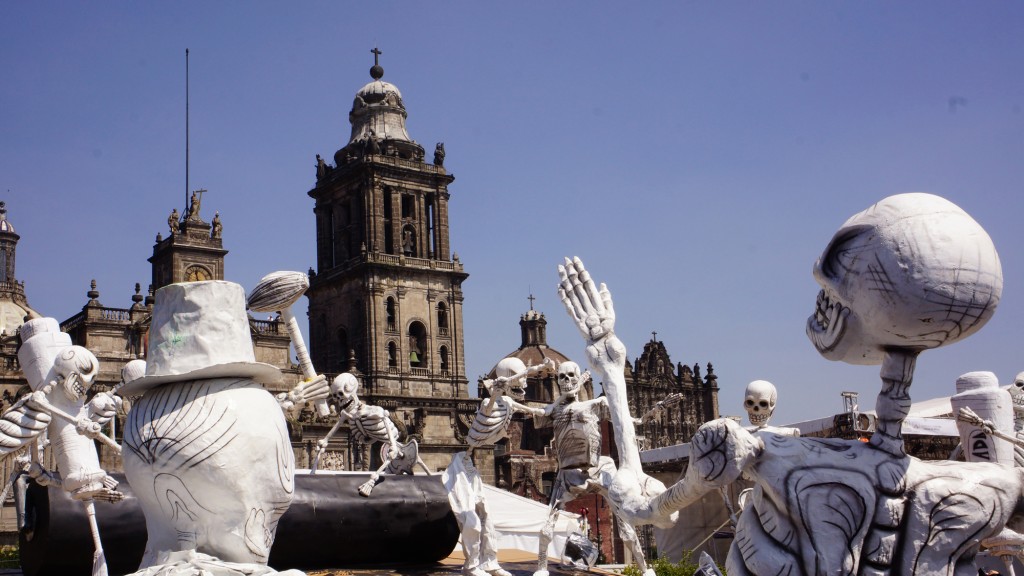 Maderno was flooded with ghouls, vampires and comic book characters.  It isn’t unusual for this pedestrian street to be bustling, but this strange cast had packed themselves into the street like sardines for the Saturday before Dia de Muertos (a Mexican holiday celebrating passed family and friends). I was in the thick of Mexican culture. Known for surfing, spicy food, tequila and Mariachi music, Mexico is an unlikely destination for a ski adventure. But, where there is snow, there can be skiing, and Mexico is home to some very high, snow-capped volcanoes.

Still, as I took in the scene of one of the biggest cities in the world, I wondered how I had gotten here. A month earlier, I was having dinner on a sunny patio in Pemberton when my ski buddy Jasmin Dobson told me there was snow in Mexico. “Snow?” I said. “That means skiing, right?” We laughed and finished our burgers watching the sunset over Mount Currie. I had only ever dreamed of surfing the Pacific Coast of Mexico let alone ski there. After dinner, research ensued and I found justifiable evidence that it existed – high up on volcanoes over 17,000 ft. I sent an email to Zebulon Blais, a ski mountaineer that I had met up on Denali. “That sounds ridiculous… when are you thinking?” he asked.

After my first day in Zocalo, wandering crowded streets and passing the seemingly endless taco stands, I needed to get out of the population of 20 million plus. I shook Zeb’s bunk bed at 6 a.m., waking him. “Let’s leave, I need the mountains,” I said. By 11 a.m. we were at the Observatorio Station buying bus tickets to the city of Toluca, elevation of 9,000 feet. A few hours later, we were crossing Toluca’s Central Plaza. Walking around the church of El Carmen, I could feel the altitude. I had come from sea level just two days prior. Suddenly I felt a sharp jab in my left arm – Zeb had spotted a vochito (punch buggy). It was the beginning of a never ending game – the vochito is the most popular car in Mexico. 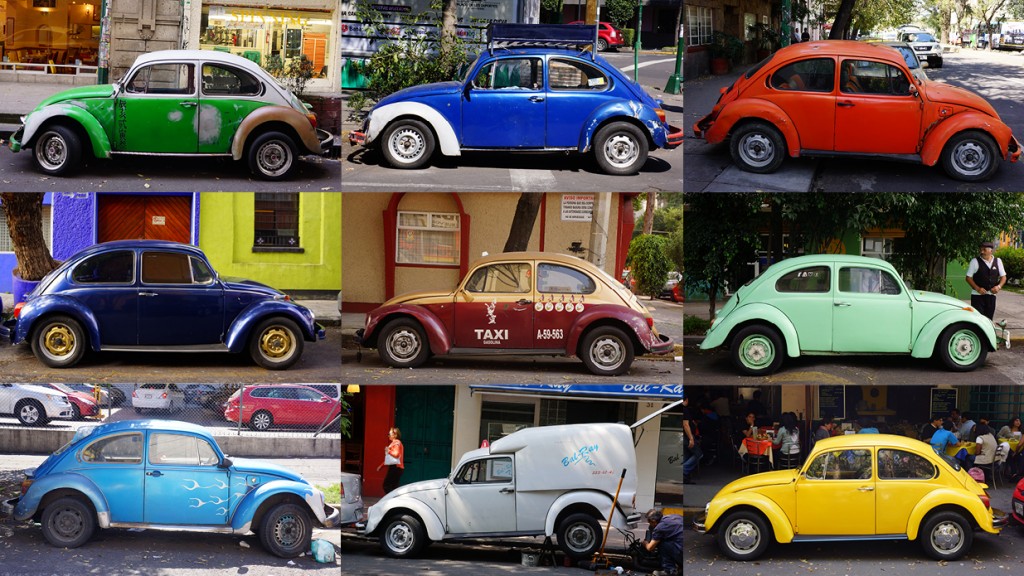 We continued across the plaza and entered the Cosmovitral, a botanical garden with more than 400 species and some of the worlds largest stained glass windows. As I admired the beautiful glass of ‘Hombre Sol’ being lit up by the sun outside, Zeb ran into a longtime friend from California. Dave Miller, owner of International Alpine Guides, was guiding a group of ‘peak baggers’ on the volcanoes. “You guys need a ride up to Toluca volcano tomorrow?” Dave asked. Zeb and I decided quickly to save the struggle of numerous buses and taxi rides up to Nevado de Toluca plus the rest of the volcanoes on our itinerary, and ride with IAG. 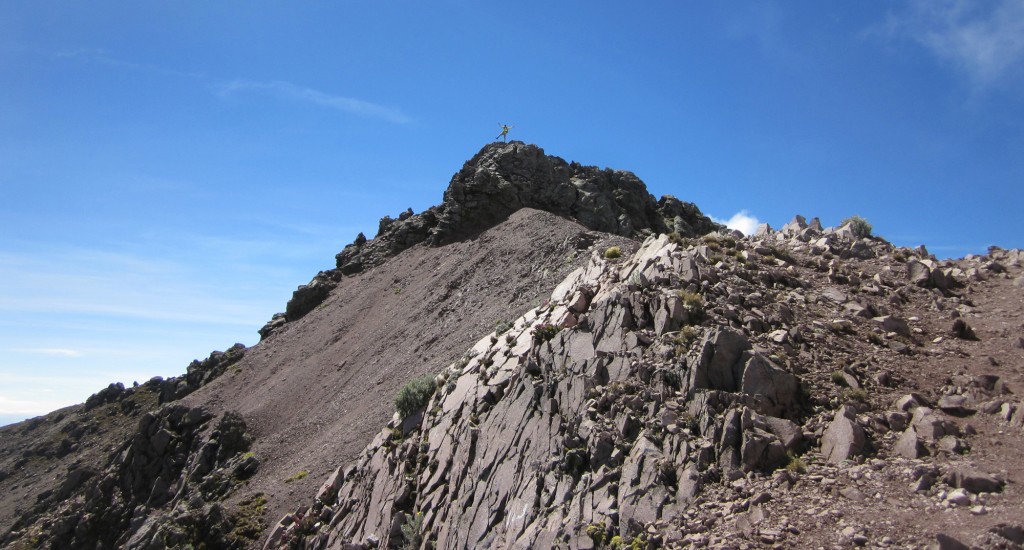 Though at a high altitude of 15,350 ft, the climb to the summit of Nevado de Toluca was easy and gave us the motivation to continue on a loop around the crater. Climbing quickly, we passed a Mexican family and they told us to slow down and come join them for a cafe. After a delightful coffee and cookies, we had little time to make it back for our transfer pickup. Zeb and I started running to not keep Dave and his clients waiting.

Next on our list was Malinche, known by mountaineering groups as the perfect warm-up and acclimatization peak. For me it was the discovery that punch buggies really exist everywhere in Mexico, even at higher altitudes over 12,000 ft. I now had bruises on both my left and right arm, as did Zeb. The hike up Malinche brought us to 14,640 ft and we felt ready to try our limits on Ixtaccihuatl (17,160 ft), the third highest peak in Mexico. The sun set and we prepared our dinner of quesadillas at the Altzimoni Compound (13,000 ft), I looked across at Popocatepetl (17,802 ft) as magma spewed from the summit. ‘Popo’ had previously been another volcano of ski attempts, but now has the status of Mexico’s most hyperactive volcano.

At 1:30 a.m. our alarms sounded and we rolled from our bunk beds. Coffee was made and I attempted to eat a burrito con huevos as sleepers still crusted my eyes. Intense rain started to fall and we began our waiting game. Zeb was growing antsy and I debated going back to bed. Finally at 4:30 a.m. it was ‘go’ time and we drove the van over to the trailhead and began the long ascent. The multiple peaks and deceiving summits seemed endless. My breath was heavy but luckily my head did not throb. Our slow acclimatization process over the last week had paid off. An adorable perro accompanied us and I wondered if it preferred our snacks or belly rubs – either way we were not shy to share. Reaching the summit, Zeb and I high-fived and then quickly began the descent. Being a skier and not good at down climbing, my descent was slippery and slow – I was now jonesing to ski on Pico de Orizaba. 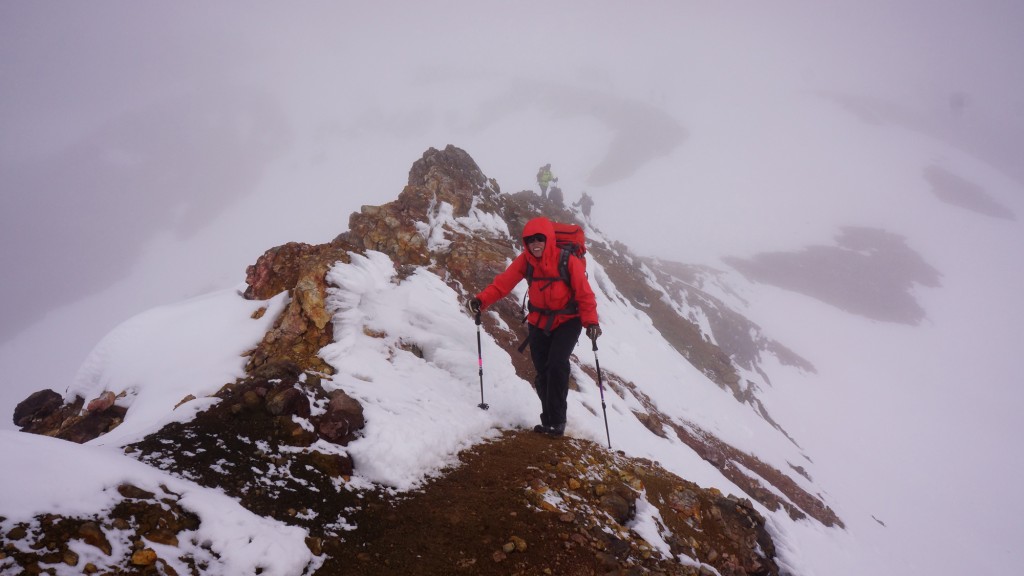 Feeling good, we then chose to speed up our acclimatization process and left Dave and his IAG group. Zeb and I caught a bus from the beautiful city of Puebla and onwards to Tlachichuca, a tiny town with too many vochitos – not only my arms throbbed but now my thighs were bruised too.

The Canchola family’s Jeep Wagoneer picked us up at the bus station and we began our long bumpy drive up to Piedra Grande Hut at an elevation of 14,000 ft. Zeb sat in the front passenger seat with the famous Joaquin Canchola, who shared stories of summiting Orizaba numerous times. He also had the tendency to fondly grope Zeb’s leg while giggling – I guess he enjoyed his fellow climbers.

Only a day later, over 40 people in six different groups would arrive at the hut, making it overcrowded and difficult to sleep. For us, there were only two people and one high volcano at 18,491ft with sprinkled snow on top.

Again my alarm went off at 1:30 a.m. Turning it off, I looked at clear skies and stars sparkling outside. I then went back to sleep, difficult to motivate in the middle of the night. I was finally shaken out of my sleeping bag at 4:30 a.m. Zeb was making us a quick breakfast and coffee. Our skis were strapped to our backpacks and we began the long slog up the northeast face, climbing up to 16,000 ft and scrambling over rocks and boulders through the so-called Labrynth. The sun was rising over the other distant volcanoes and huge cities sprawled over the landscape. A transition was finally made to ski boots and crampons and we stashed our approach shoes. We continued to climb up a consistent pitch of approximately 35 degrees over rimmed windboard snow on the Jamapa Glacier. As I approached the summit and tried to catch up to Zeb, my pace slowed and my breath began to grow heavy again. 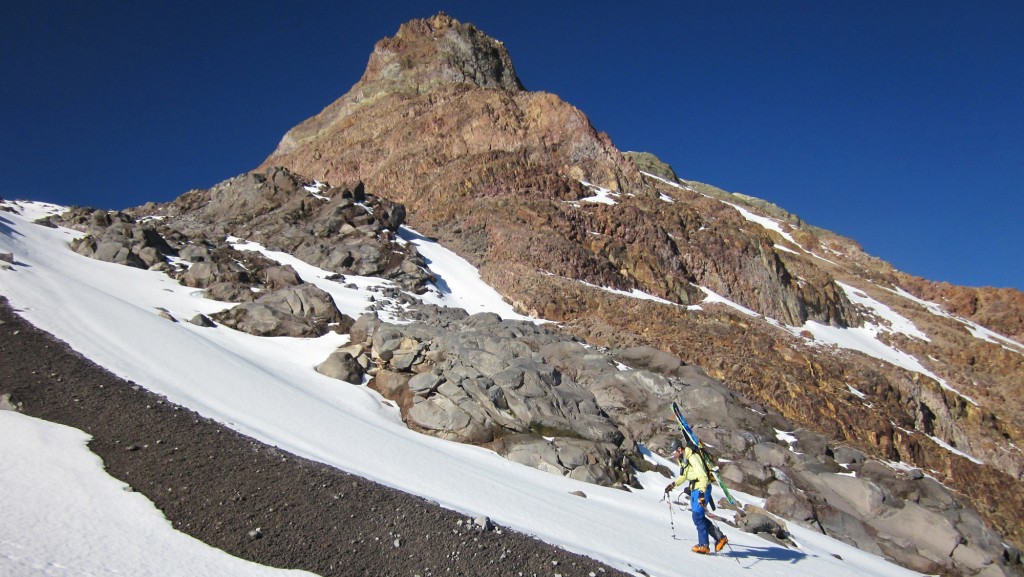 Two Mexicans awaited us on top having approached from the south face and more high-fives were exchanged with our new amigos. They laughed as Zeb and I clicked into our bindings, having never seen skiing on Orizaba. The snow of Mexico now awaited us, as did Dia de Muertos celebrations back in Puebla. Zeb dropped in first, schralping the sastrugi down the volcano. I clenched the plastic skeleton hanging off of my backpack and then release it. I began my ‘Day of the Dead’ celebrations as I carved my first turn into the frozen white salsa. 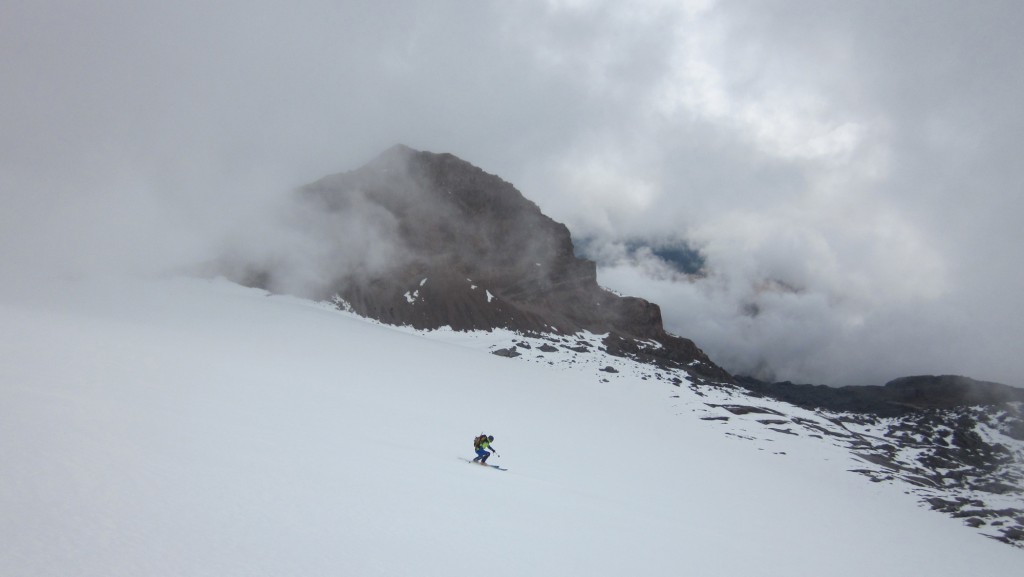