How My MSR Tent Helped Save My Life

A few months ago, MSR customer Tim Heingartner sent us this letter after he’d returned from a harrowing trip in the British Columbia backcountry, during which he nearly became trapped by a fast-moving fire. We’re happy to know that Tim is safe, and always glad to hear that MSR gear proved reliable.

Of all the survival gear out there, you don’t expect your 3-season tent to ultimately be the piece that helps save your life on a fair-weather summer day. But that’s exactly what happened when my friend Rich and I ventured into the Height of the Rockies Provincial Park in British Columbia a few months ago. 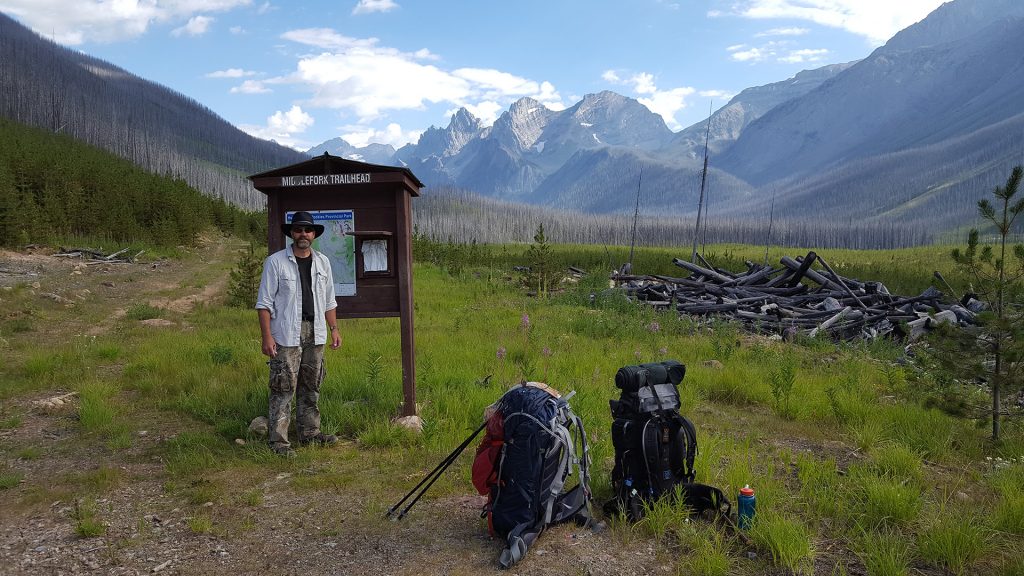 Prior to the trip, I’d researched lightweight, high-quality tents. I finally decided that the MSR Elixir 2 was a solid choice. It was the right size; it was lightweight and budget-friendly. I didn’t know at the time how invaluable it would become.

On July 27th, Rich and I left work bound for Montana. After several hours on the highway and 45 miles of logging roads, we came to a torn out bridge. Forced to backtrack, we found a place for the night about 5 miles from the trailhead. 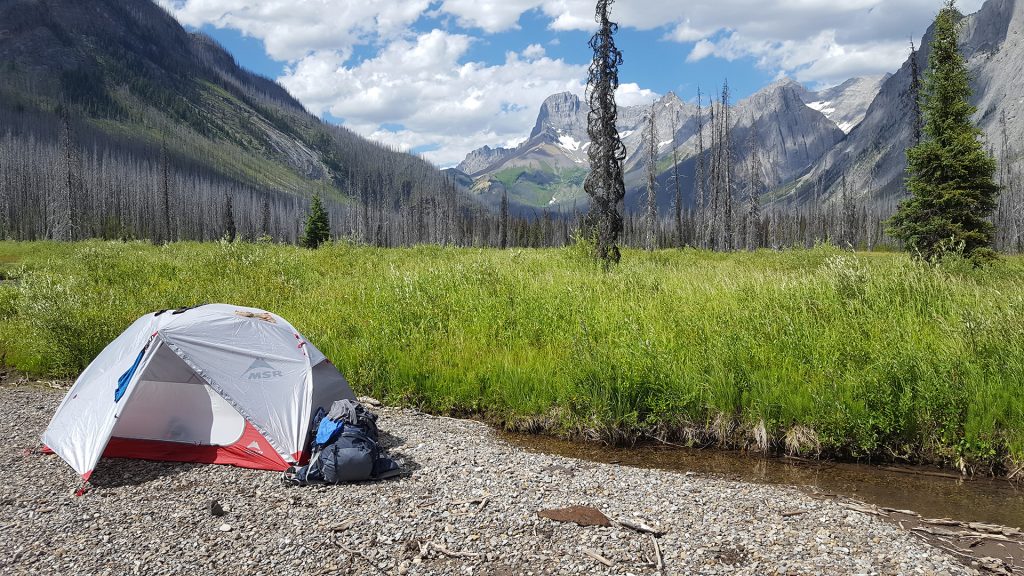 In the morning we started the march along the road and eventually into the woods to start our adventure. By late afternoon, we’d made it approximately 10 miles in. We found a nice place for each of us to set up camp by the river to relax for the evening.

The next day, we were slow to pack up, sore and tired from the day before, and were in no rush, savoring every moment out there. After a couple hours of hiking, we stopped for lunch; it was then that we noticed a wildfire in the valley from which we’d come.

The fire was growing alarmingly fast due to the winds and dry landscape (it had started from a lightning strike).

Rich, an ex-logger and current volunteer firefighter, and I began to discuss our options: The valley we were in was surrounded on three sides by impassable mountains. Yet the fire had engulfed our entry point down valley. 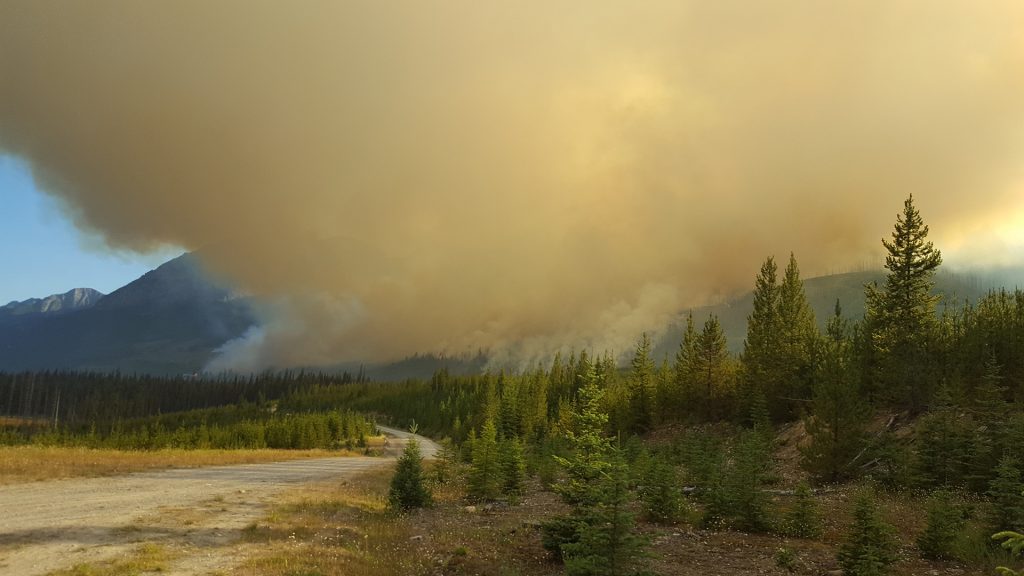 We ultimately decided to head back toward the fire so that we wouldn’t be trapped at the north end. It was then that we heard and saw helicopters and tanker planes, letting us know that fire crews were in the area. What a relief.

After several miles of hiking expeditiously, we became exhausted. We stopped to lighten our packs and abandoned everything but the essentials for basic survival for 2 days, allowing us to move faster. I had a small daypack with me, so I put what I could into it (water reservoir/filter, knife, food, etc.), and left everything else behind in my big pack.

Then I had an idea: The red floor of my tent would stand out against the green and brown terrain. It could be used as a signal. I cut the floor out of the tent, cut two holes near the corners and threaded a stick through, creating a bright red flag.

We hiked out of the woods carrying our flag. Soon enough, we were met by a fire crew. What a sight for two guys with sore feet after hiking all those miles in 90° heat while breathing in smoke!

The fire crew escorted us out of the danger zone. 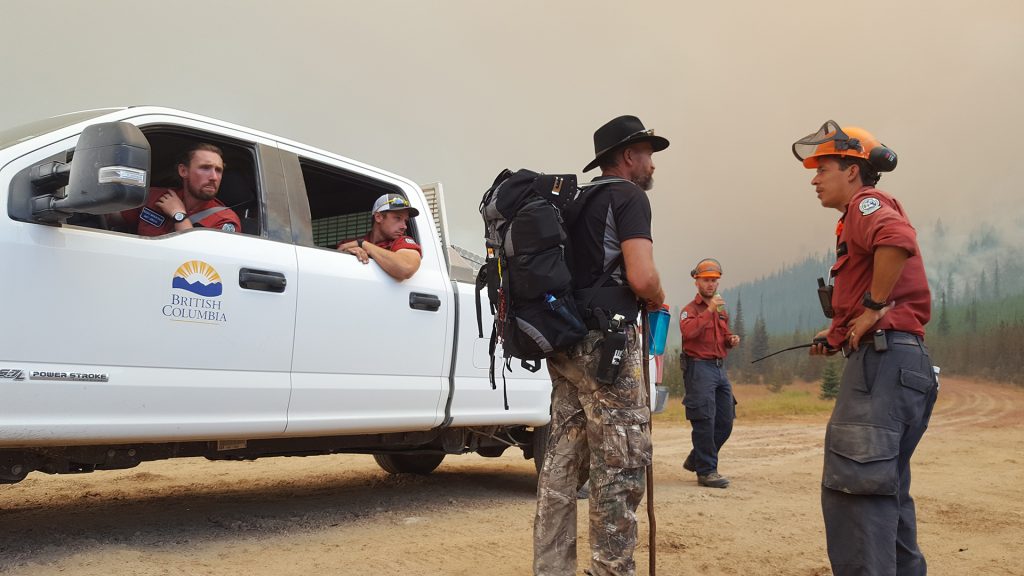 They said we were reported by a helicopter pilot doing water drops; he’d seen our flag several miles away. They also said that because it was close to sunset and the fire was growing and changing direction so quickly, had we been an hour later, we would have been completely cut off.

I know that it was our red flag that brought the safety crews to us, getting us out of harm’s way fast and efficiently.

While I’m sad to have lost so much gear, I will forever be grateful for red tents, the bright hue of which can make the difference between being seen in an emergency situation and being left to fend in the wild. 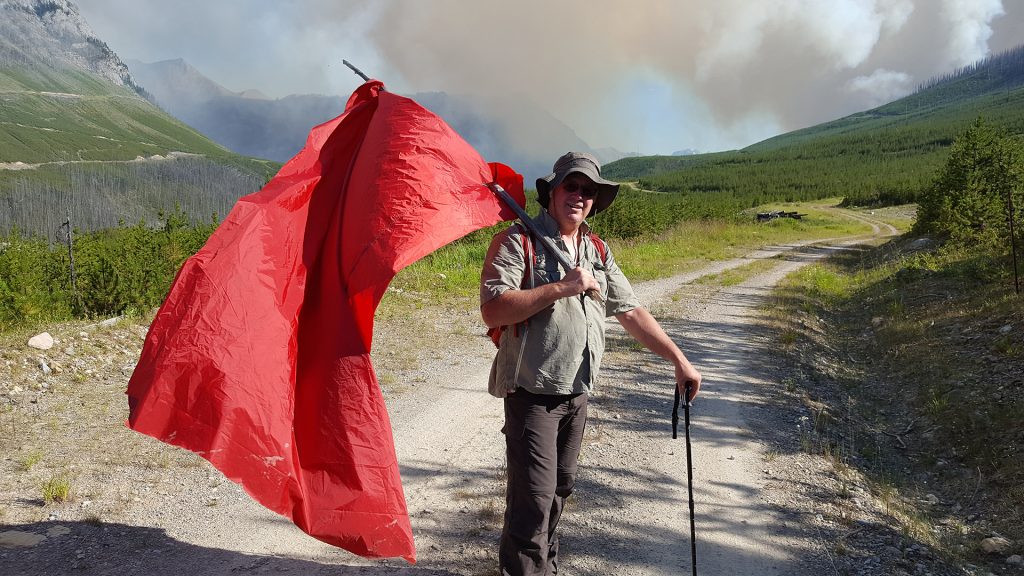