One of my favorite things about cooking on the road is collecting spices from each place I travel. New flavors and aromas add excitement to my daily meals, and I love always being on the lookout for things I’ve never seen or tasted in marketplaces. 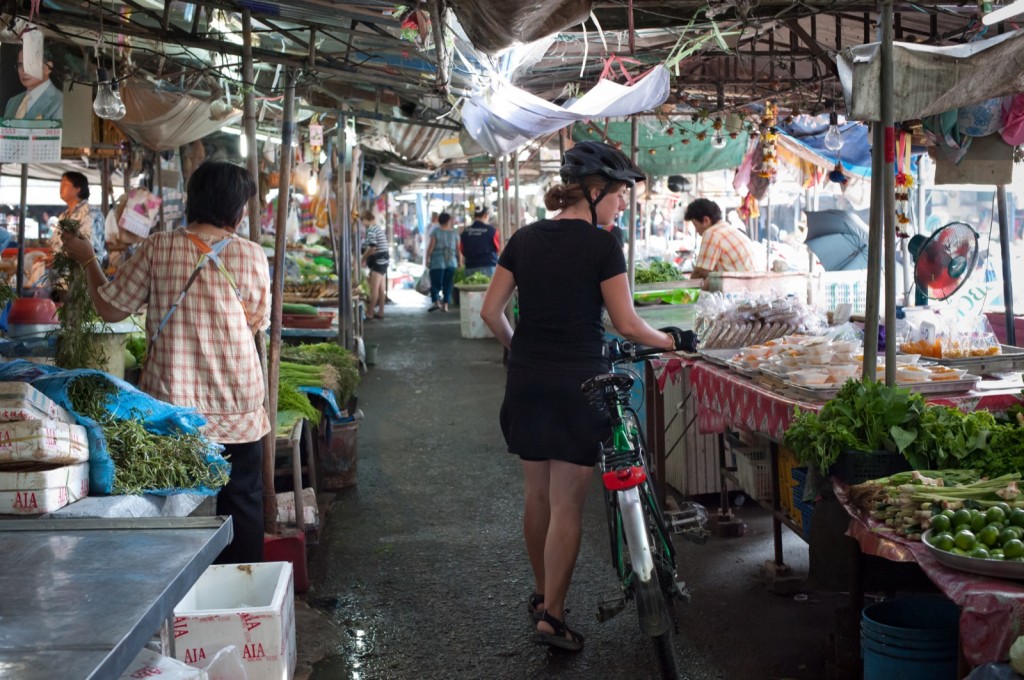 What’s even better than buying fun new ingredients? Being given them by new friends!

When my husband Tyler and I were in Athens, I was gifted a bag of spices by our couch surfing host, Miwa, who knew how much I love to cook. It wasn’t a Greek spice mix, nor one of Japanese descent like our host herself, but rather one that smelled of India. Miwa didn’t know exactly what it was called, but she said it was one of her favorites. I was honored to receive such a gift.

When we hit the road once more, and pedaled our giant touring bikes out of Athens, I stashed Miwa’s bag of mystery spices in my pantry pannier… and promptly forgot about them. It wasn’t until months later, when we were camped by a remote river in Romania, that I remembered the bag of spices, and decided to give them a shot… 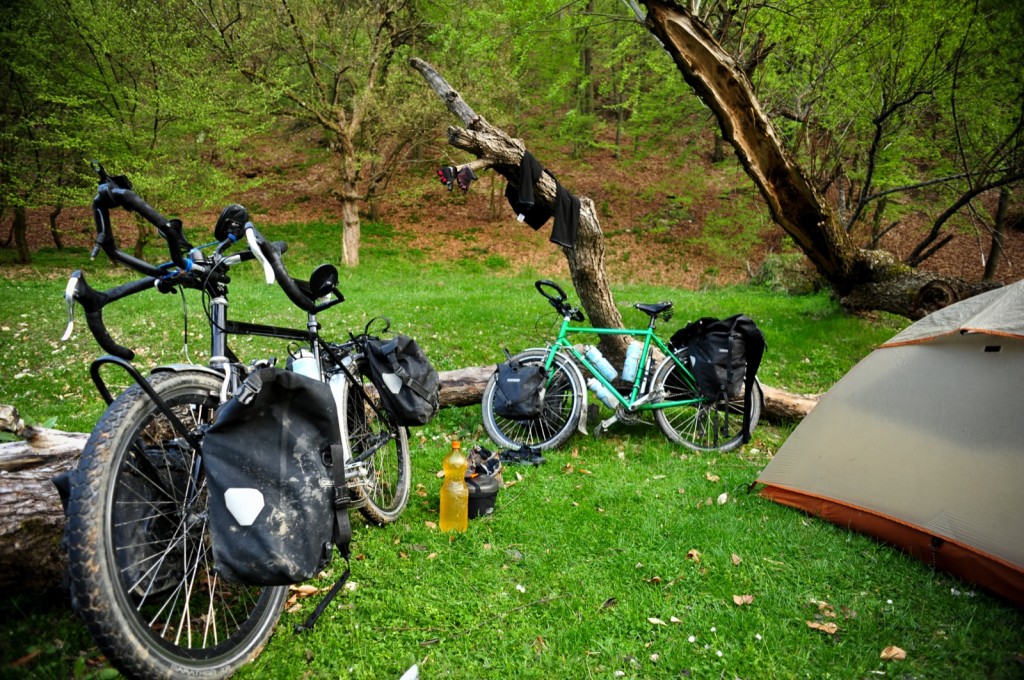 But first, Tyler and I left our secluded Romanian free-camp, and embarked on a hike down the river in search of a cave. We’d heard the cave was incredibly beautiful and very isolated—this wasn’t a tourist attraction, and we were sure to experience the raw natural beauty of it without anyone else around. Together, we scrambled along the river bank, following the red and white triangles that marked the trail. 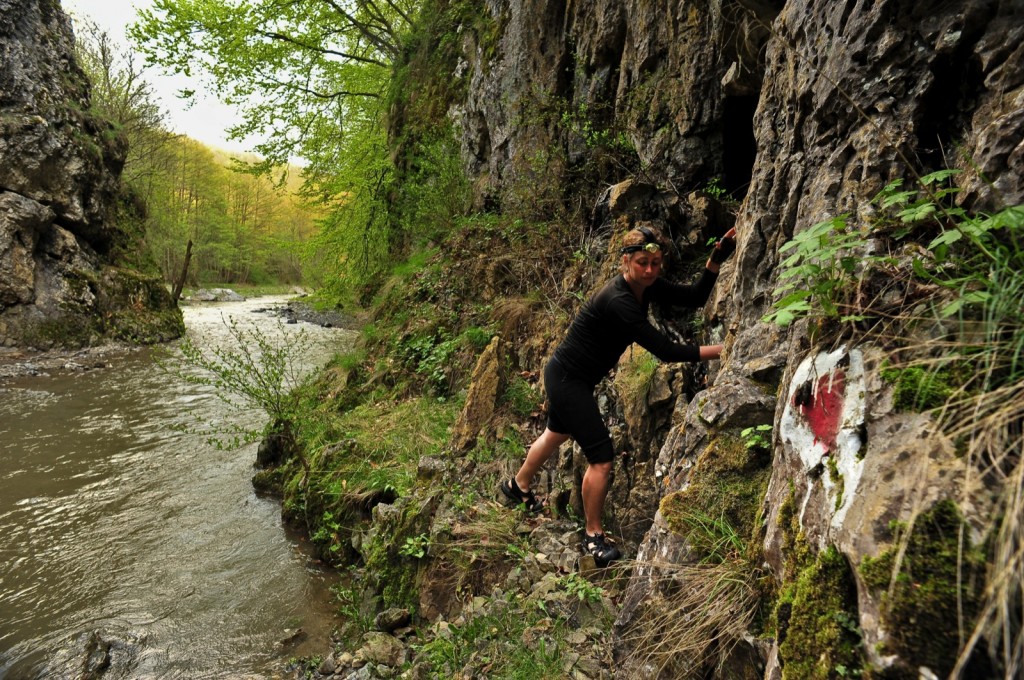 Eventually, our path disappointingly came to a dead-end in the river itself. Maybe the cave was only accessible during certain seasons depending on the water level? Whatever the case, we never found it, and eventually gave up and headed back the way we’d come. Along the way, I slipped and fell into the rushing river, which carried me a meter or two. Tyler helped me up and out of the churning water; I was a bit shaken, and very wet, but none the worse for wear. 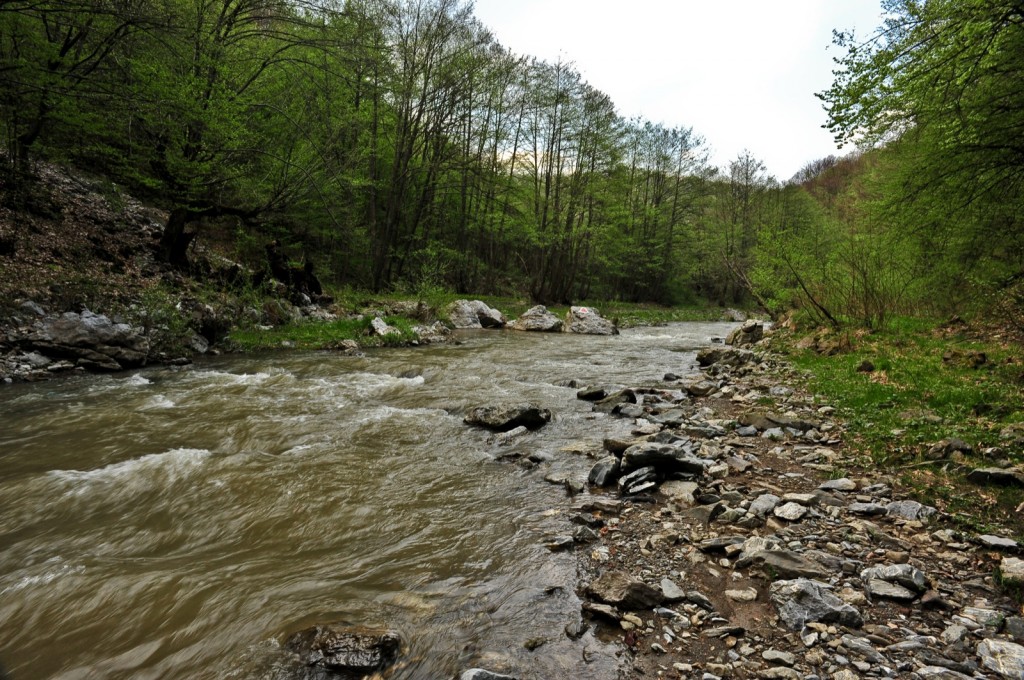 When Tyler and I eventually made it back to camp, we were very tired, very hungry, and soaked to the bone. Night would soon be upon us, and we desperately needed food and warmth. So, Tyler lit a bonfire to dry our wet clothes, and I began preparing a comfortingly hot supper on my trusty MSR Whisperlite stove. 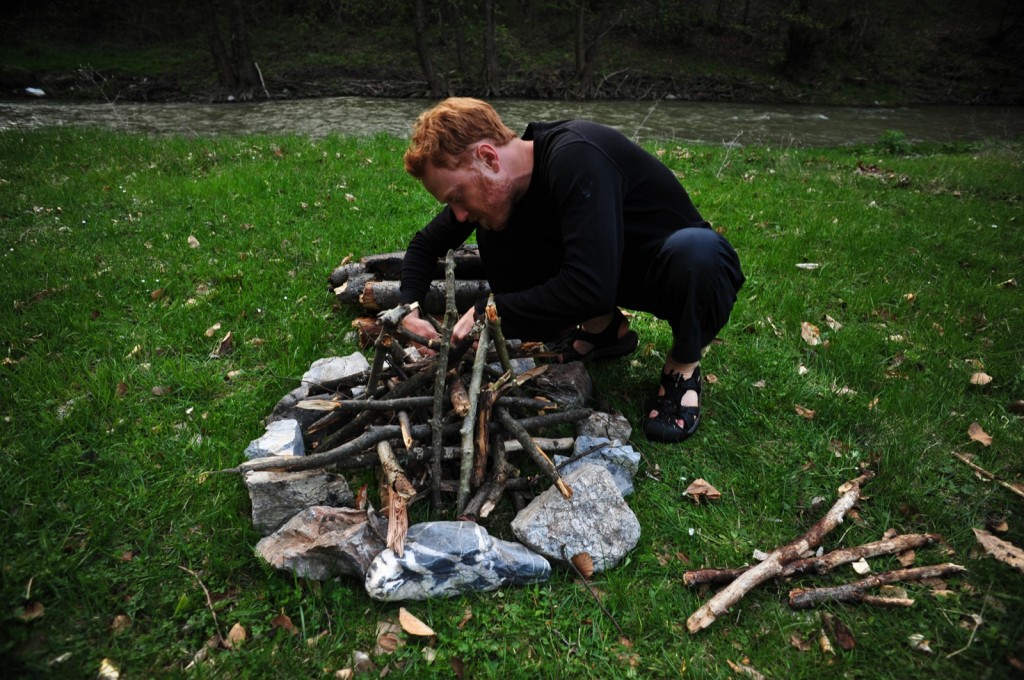 I didn’t have much in my panniers, but I did have an eggplant, a can of stewed, diced tomatoes, and a few other odds and ends. And of course, I still had Miwa’s spice mix! Hoping for the best, I tossed them in a pan with a puddle of olive oil. I added the eggplant, as well as some salt, pepper, and garlic. I dumped in the tomatoes, and let everything simmer for a while. The mixture smelled exotic and enticing, and very warm and comforting after the stressful excitement of the day’s events.

I imagined that the spicy eggplant and tomato stew would be perfect over a pile of rice, or a heap of couscous, but I had neither. So, I whipped up some easy tortillas with flour, salt, and water, and served them alongside the stew. I added a scoop of Romanian refried beans and a fried egg each for some extra protein. 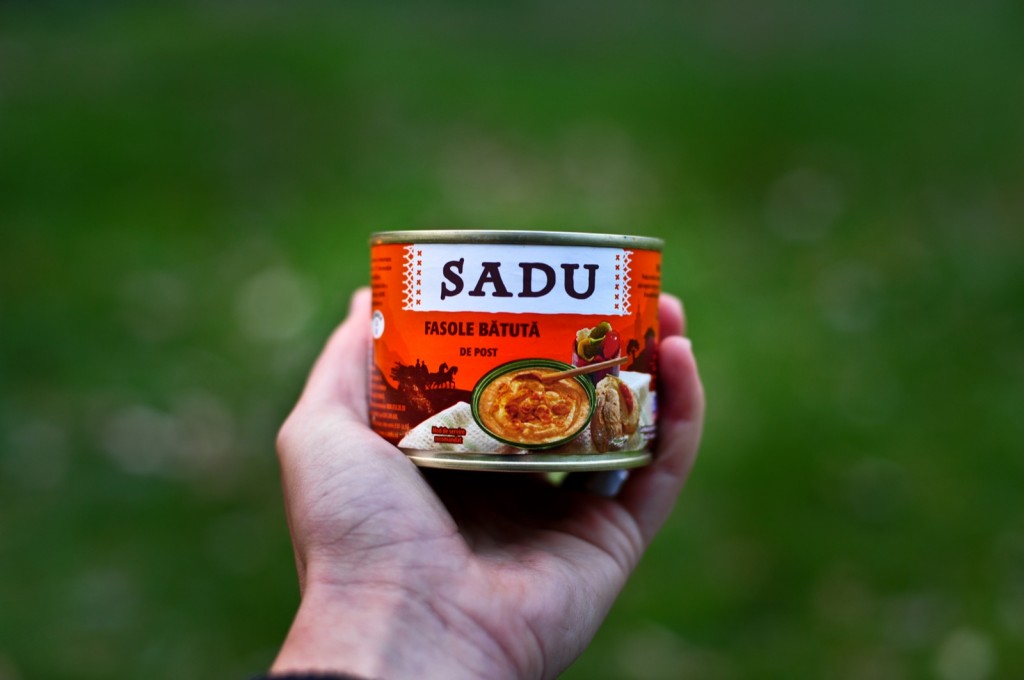 And with that, we had a feast on our hands. It was simple to prepare— so simple that I could make it quickly, even while soaked and exhausted at the end of a long, eventful day. And yet, thanks to Miwa’s spice mix, the flavors were complex and intriguing, and I ended up with what was one of the most delicious dishes I’ve ever made on the road. 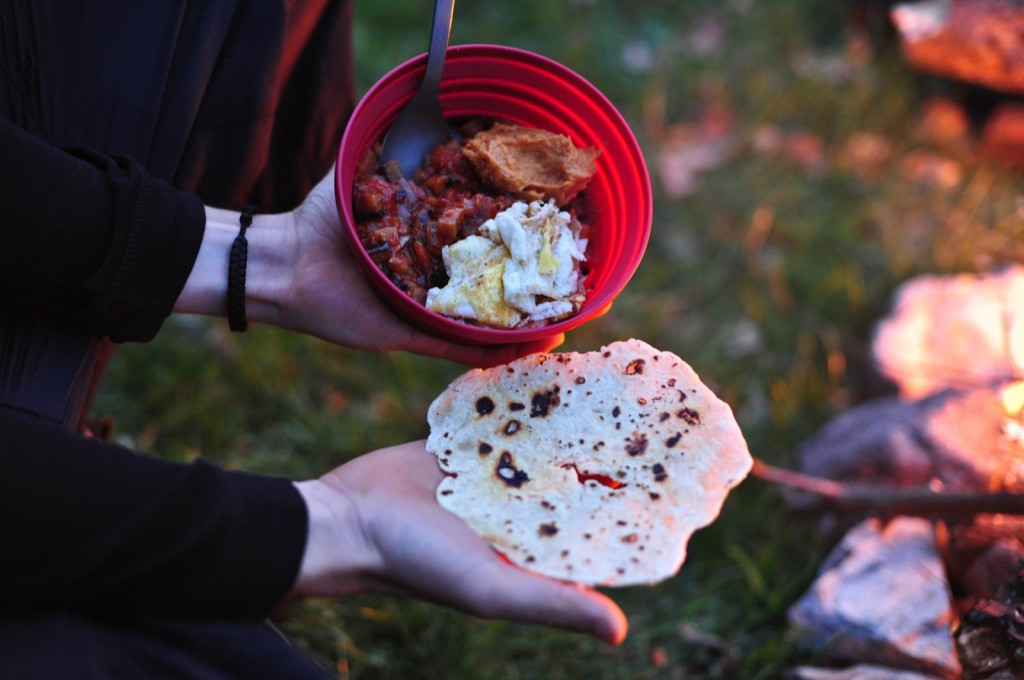 After a bit of sleuthing, I discovered that the spices so beloved by Miwa, and now myself, are called Panch Phoron, or Benglali Five-Spice, a mixture of fenugreek, mustard seed, kalonji or nigella seeds, fennel, and cumin seed. This musky mix is a bit obscure, but you can easily find it online, or in dedicated spice shops. I now carry some along with me in my ever-expanding spice bag, and recommend you do the same. It’s the perfect addition to vegetable dishes of all kinds when you’re craving something exotic. 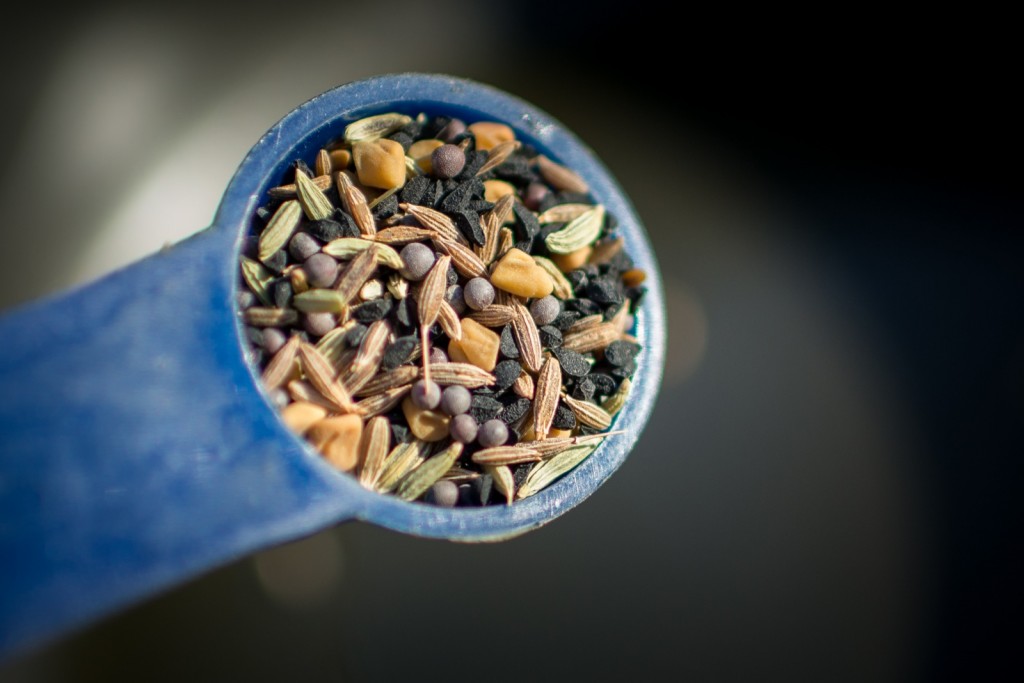 This recipe is simple, and it doesn’t make an enormous amount of food, so plan on preparing some side dishes for extra substance. How about a pot of instant couscous? How about some beans on the side, or a fried egg or two?

Serves one hungry traveler as-is, or two, if served with extras.

Begin by cutting the eggplant into small chunks, and mincing the garlic. 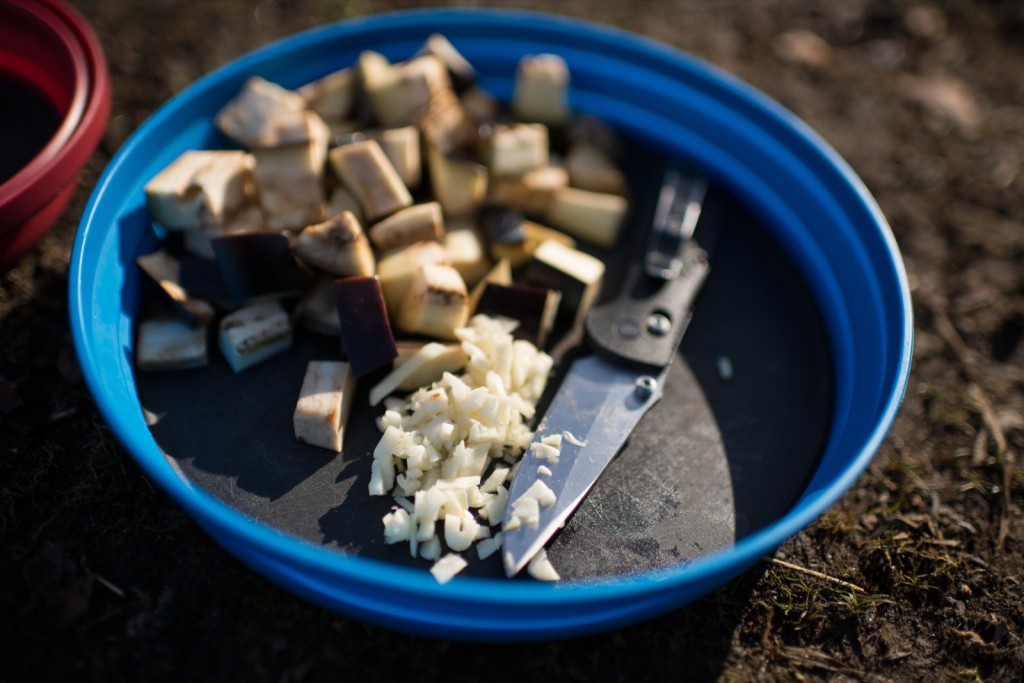 Prime and light your Whisperlite stove, and turn it to a medium-low heat.  Add the panch phoron and olive oil to your MSR Flex Skillet, and heat until the seeds begin to pop. 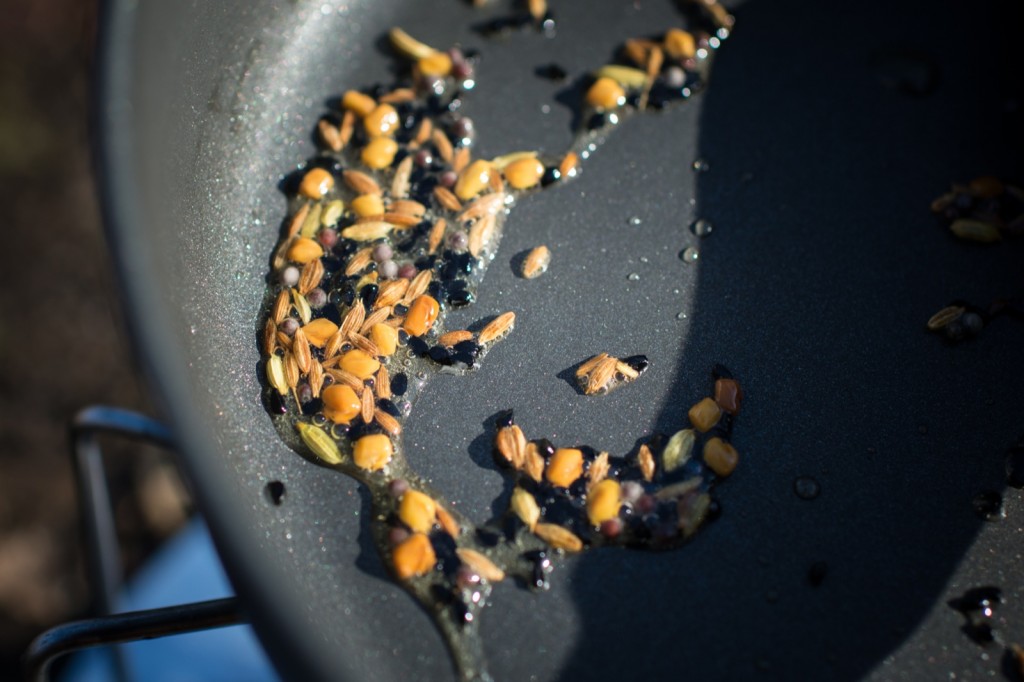 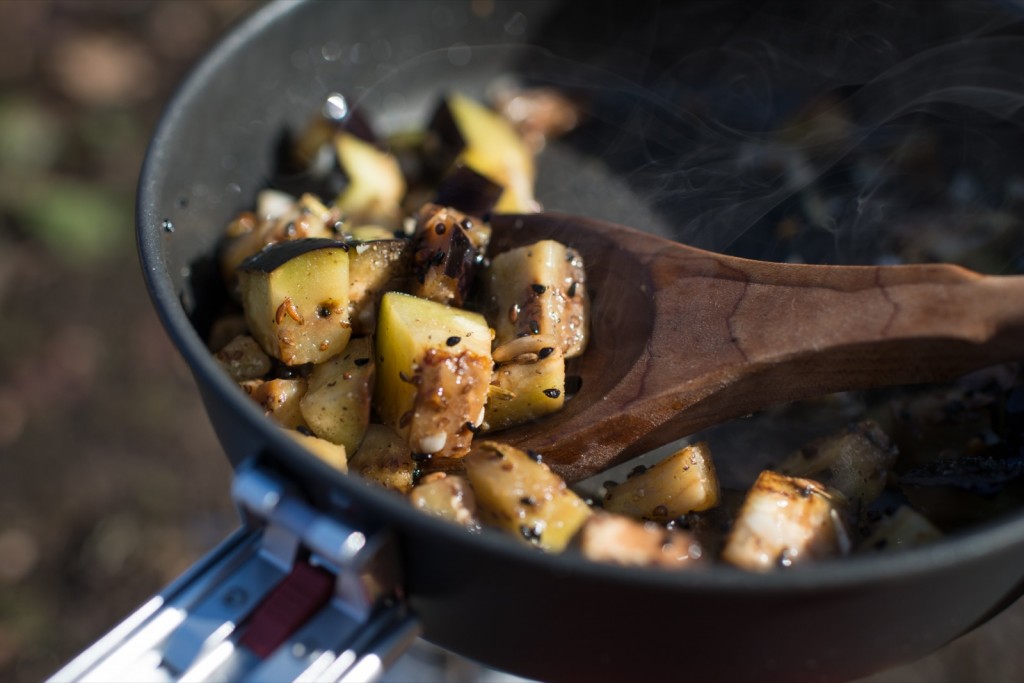 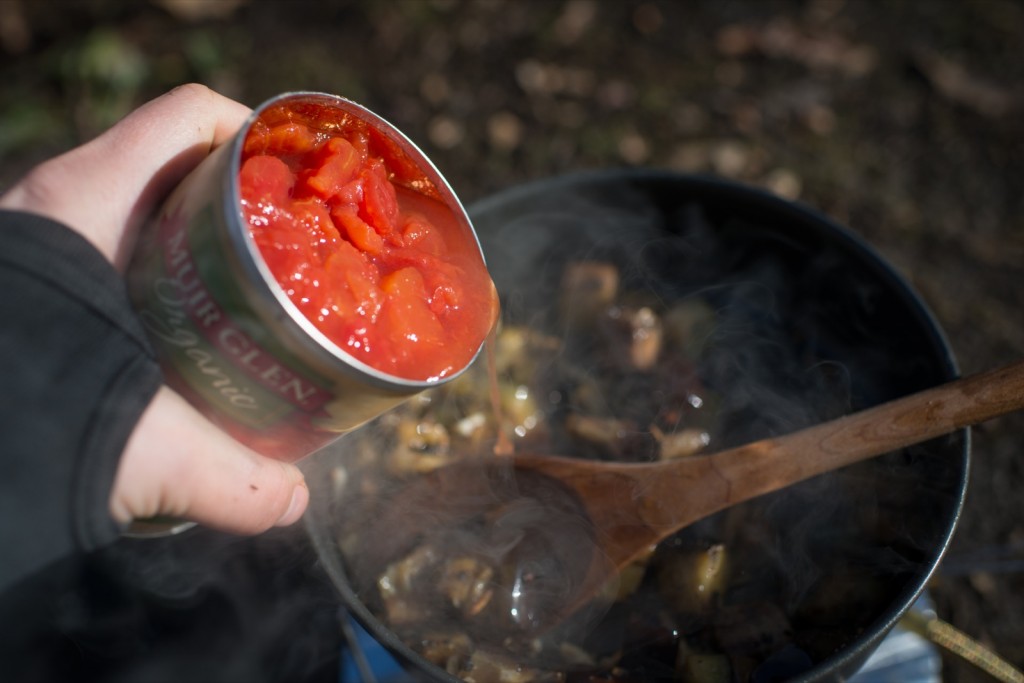 Allow the mixture to simmer for a few minutes. 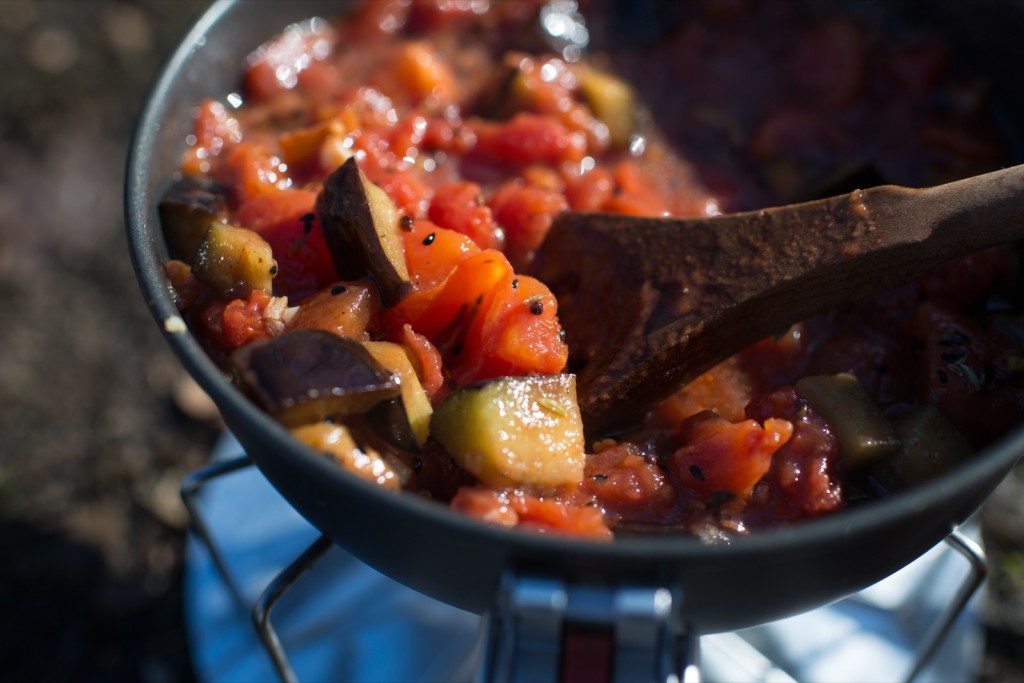 When everything has mingled and combined into a cohesive stew, you’re ready to eat. Enjoy as-is, or with couscous, rice, or side dishes such as eggs and beans. 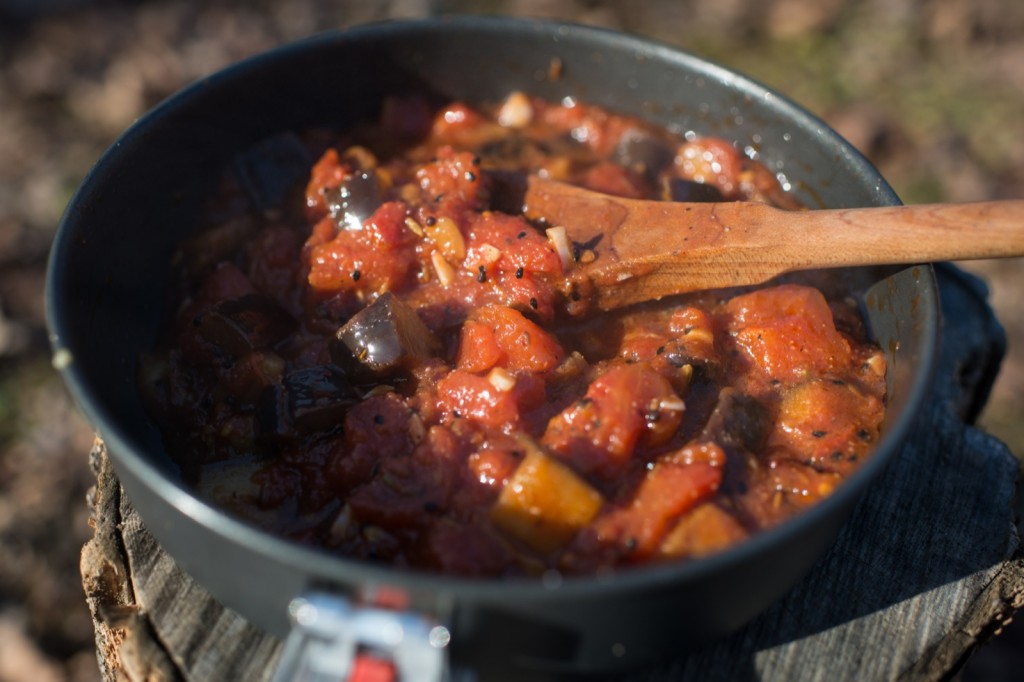 Tara Alan is an avid cyclist, adventurer, camp cook, and Writer of Bike Camp Cook and of the award winning website goingslowly.com