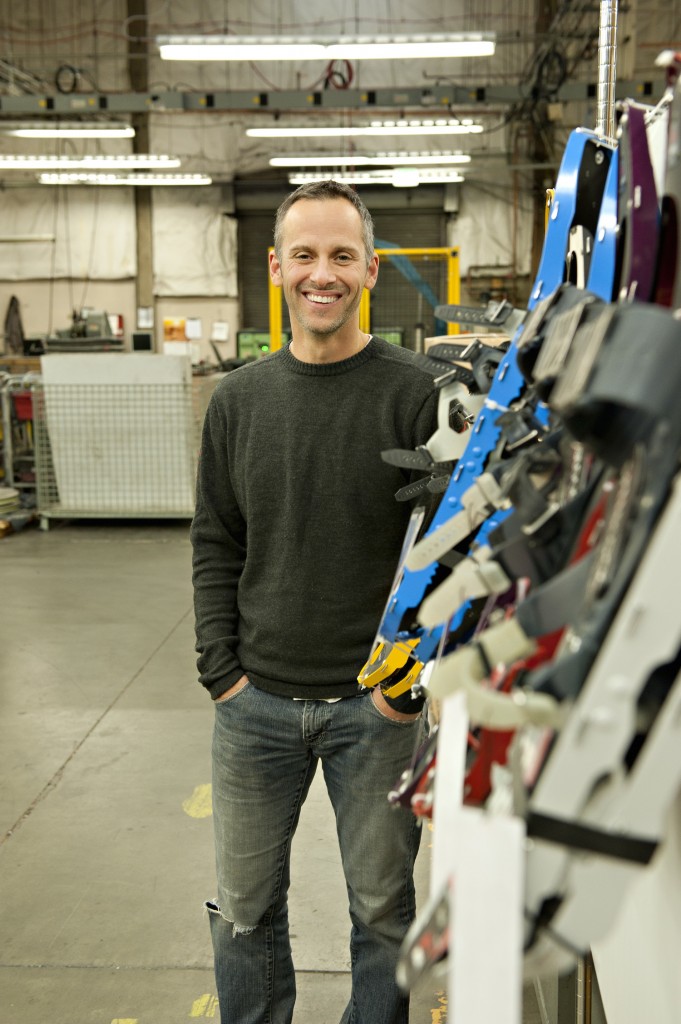 So what does one do as the VP of MSR?

No, really, it’s about providing structure and guidance. We have a very talented team and my job is to make a platform for everyone to be successful. On the MSR team you have a really nice balance of engineering geeks, pure users and people who like to tinker. And you have very diverse backgrounds. They all have interesting perspectives of how a product should work. You get some hardcore engineering expertise and hardcore user knowledge, and I think when that comes together it can be pretty cool.

How did you get your start in the outdoor industry?

I got my start with K2 snowboarding. I joined them when they’d just started doing some sourcing overseas, so I did a lot of sourcing of snowboard boots and apparel. Then I was eventually national sales manager, then brand director. That was ‘97-2005. It was a great time to be in the winter sports industry—lots of energy, growth, and a desire to push the limits.

What drew you to MSR?

The history of the brand and what it stood for. It’s incredibly cool that you had an individual [Larry Penberthy] whose whole purpose was testing gear; his intent wasn’t even to manufacture gear at the time in 1969. He just wanted to improve the safety of others in the alpine climbing community, and what spawned from that was this notion of: I know what’s wrong, I know how to fix it and I’m going to create a better solution. To this day, these values are ingrained in MSR.

What does the brand stand for in your mind?

MSR gear is your trusted companion. It’s the gear that you have to rely on: It has to work. It can’t fail. The brand is based on those really solid principles that relate to everyone who wants to get out and explore. These principles transcend generations and genders—it’s pretty cool.

What are some of the biggest MSR innovations that stand out to you?

Obviously on the stove front, you have the Reactor Stove—which is an insane stove and everyone should have one. In other categories too, we had a clear and distinct solution. The Hubba Hubba tent, the Lightning Snowshoe, the MiniWorks water filter—these were all gaming-changing innovations that stand the test of time.

MSR still manufactures products in its own factories at its Seattle HQ. What does that mean to you?

It’s one of the cornerstones of the brand. We concept, design and manufacture in our own factories, which leads to better designs, better quality control and forces us to be more efficient. It makes me proud, too, to be able to tell my friends that we make all this great gear down on First Avenue in Seattle. They’re always like “Really?” It’s funny to watch their reactions. It’s hard for them to believe.

I did the West Coast Trail back in the day—an eight-day trip, almost 100 miles along the coast of Vancouver Island. It was kind of like chutes and ladders, with stairs, ladders, bridges. You had to cross an inlet that only this local guy could take you across. We bought a couple of crabs from him and suddenly we’re cooking crab out in the middle of nowhere. It was really cool, a relaxing but tough experience.

That’s a tough one because even the wacky ones often have a hint of truth to them. The person may not know exactly what they’re solving but sometimes you look at it and you think: Actually, that’s not the worst idea in the world.

The ones that don’t make a lot of sense are the ones where they’re just trying to do something new for the sake of doing something new. You can tell the passionate people, right? Sometimes there’s an idea or two in there that you can build upon. So you never really try to shoot anything down.