It’s tempting to treat the advent of fall with a sense of loss. The leaves are falling, the days are getting shorter, and the temperatures are decreasing. For some, backpacking season may be winding down in order to prep for snowshoeing or skiing.

But fall can also be a time of intense beauty, especially here in the Pacific Northwest. The mountains are awash in reds and oranges. The larches turn gold. And, hey, you can hike straight up any hill around without breaking a sweat. So don’t put your gear away just yet. 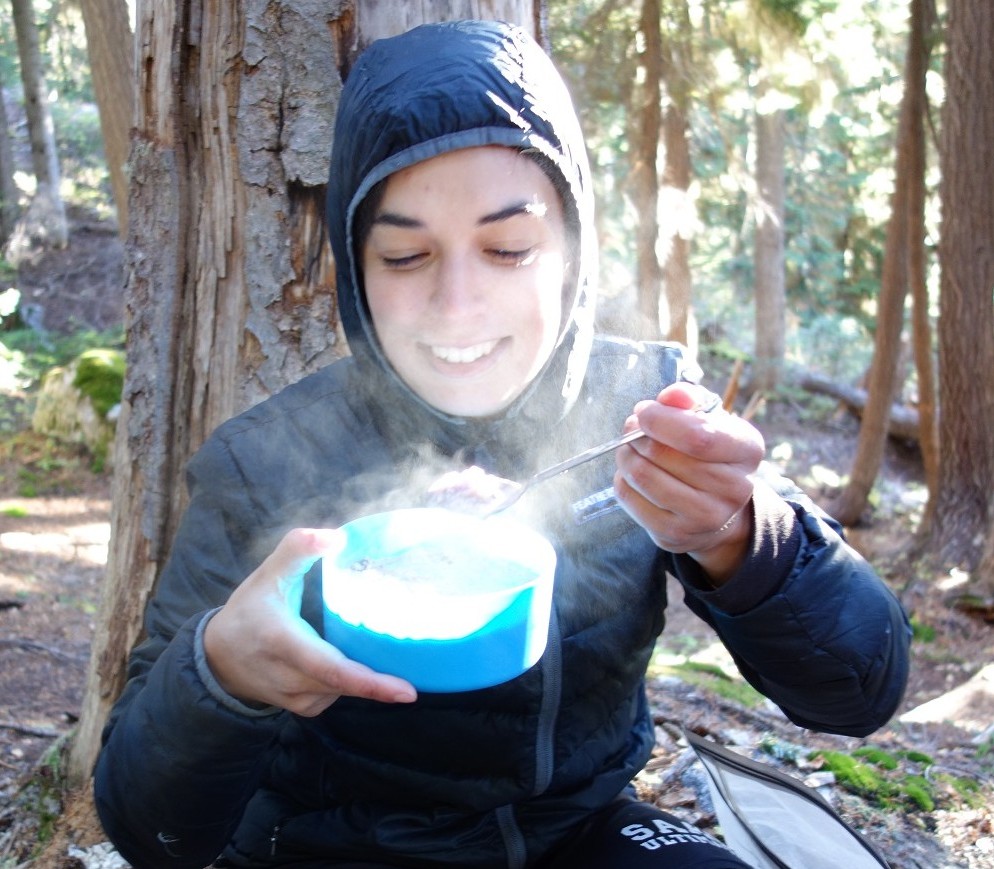 Of course, you’ll want to swap out that 30 degree bag for a 10 degree one. Triple check that you have your rain gear. And, by all means, remember to bring your flask.

Another way to improve your fall hiking experience is to increase the number of hot meals on the menu. It can be tough to get going in sub-zero temperatures if all you’ve got to eat for breakfast is a protein shake and cold-soaked oatmeal.

I was caught in one of the year’s first cold snaps during a recent overnight trip up to Robin Lakes, near Snoqualmie Pass in Washington. After we had completed the steep hike up to Tuck Lake, low-hanging clouds moved in, the temperature dropped, and one by one, we started pulling out our down base layers, then our insulating coats, and finally our sleeping bags. Tea and whiskey helped to extend the evening a little longer, but the temperature flip was real, and we were all in bed before dark.

We emerged from our tents reluctantly the next morning, knowing that we needed to get an early start for the hike up to Robin Lakes. Fortunately, I had planned a breakfast menu that would both warm us up and give us enough energy to make the climb.

We started off with a quick, hot beverage, to keep us warm while the rest of breakfast was cooking. 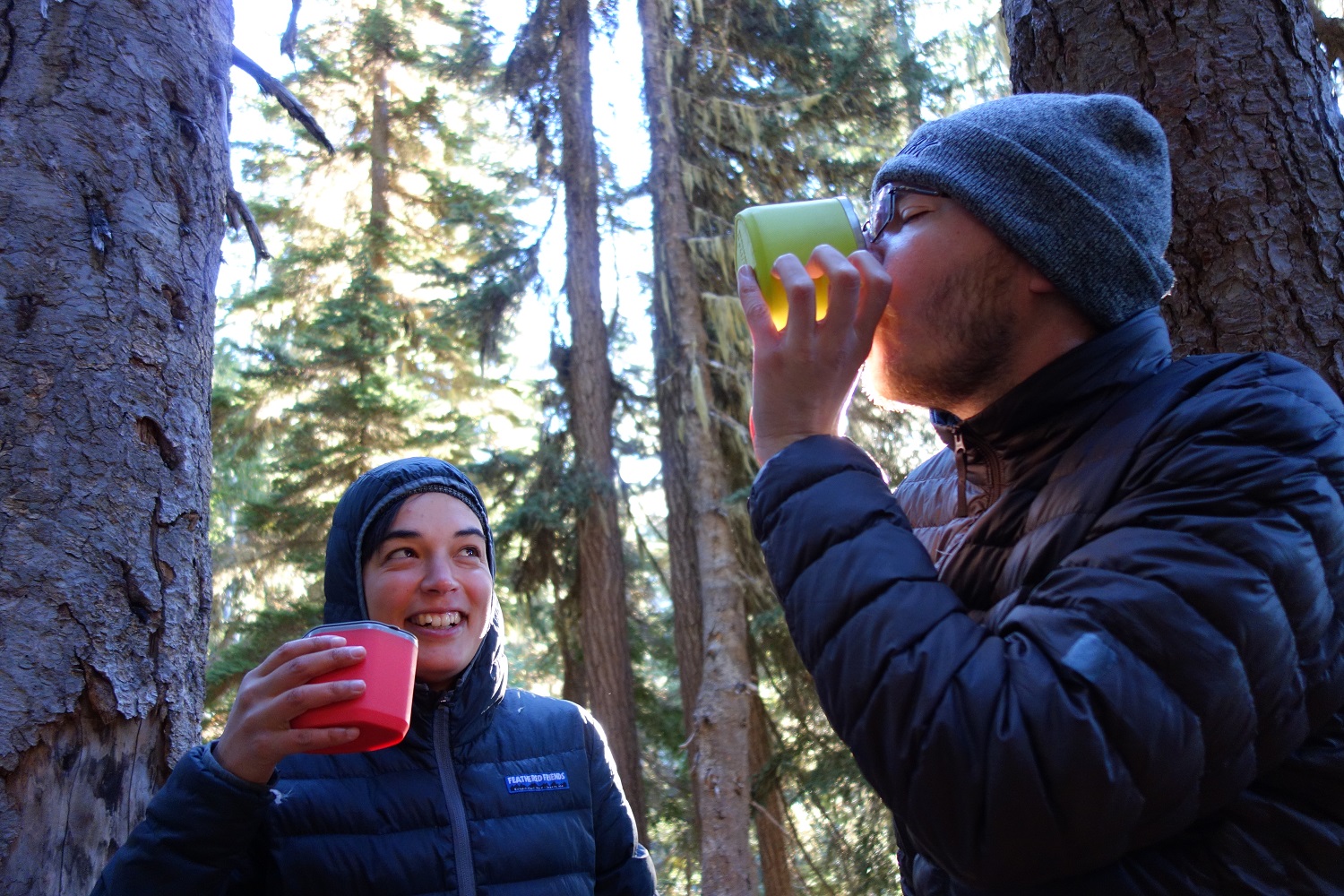 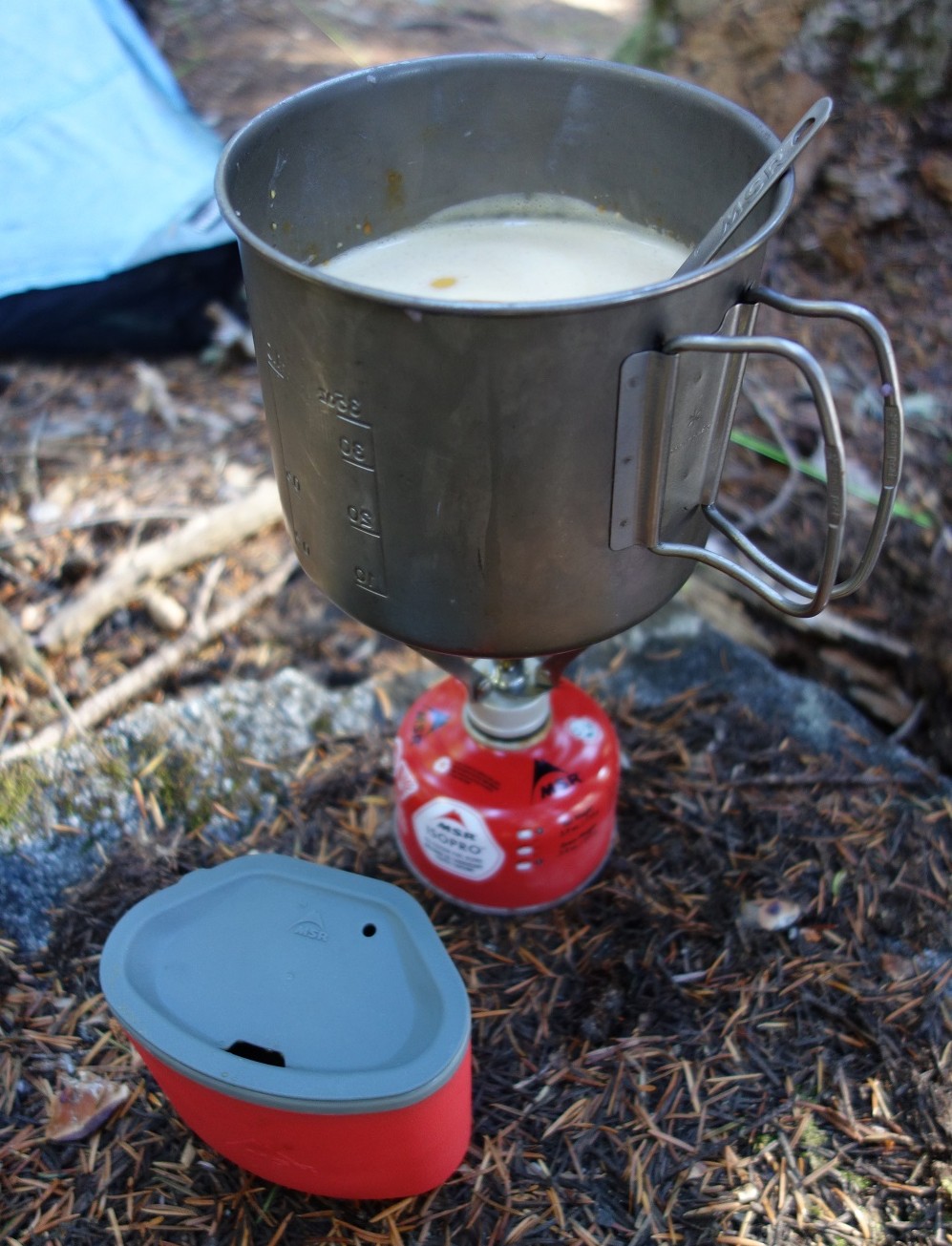 The first meal of the morning was a backpacker’s take on a southern classic: 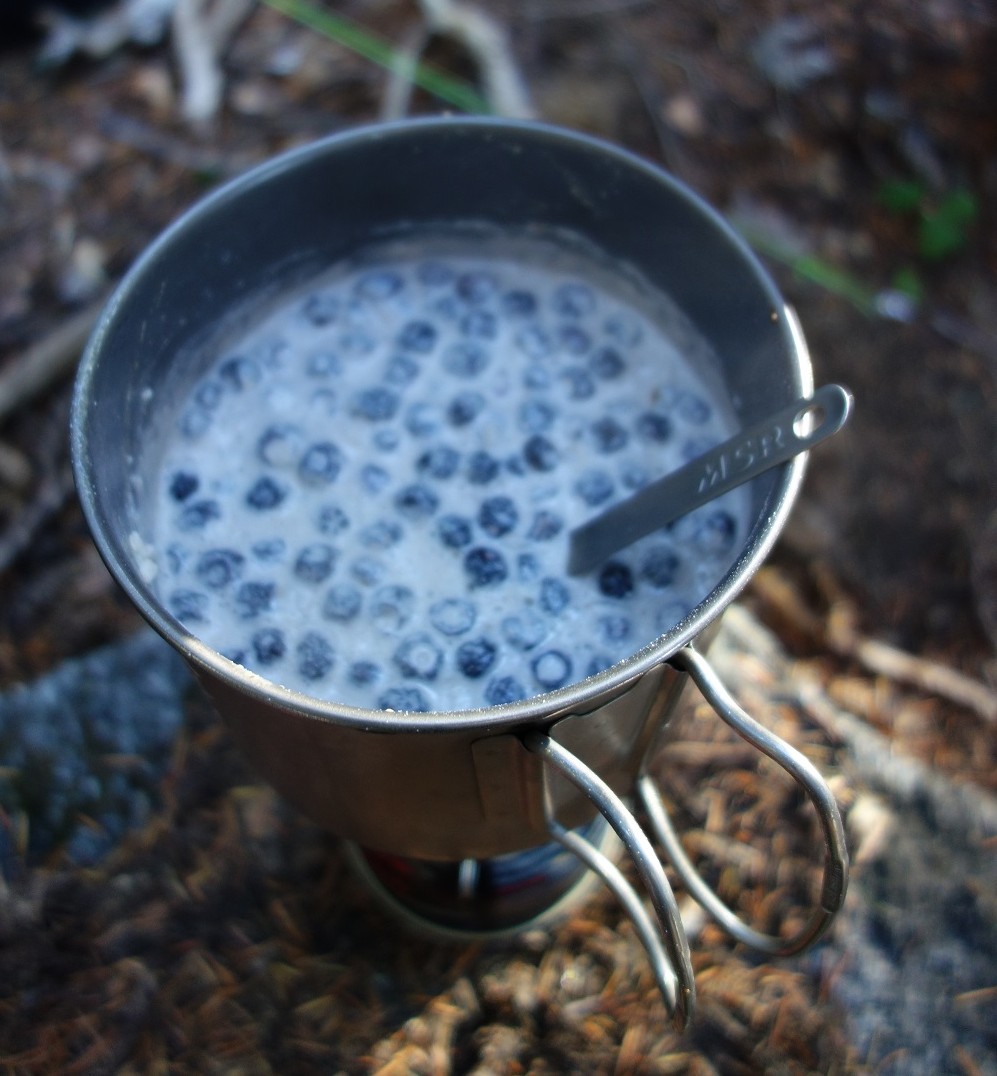 That first breakfast was for those who like something savory in the morning. For the members of our party with more of a sweet tooth, I made up a batch of backcountry rice pudding. 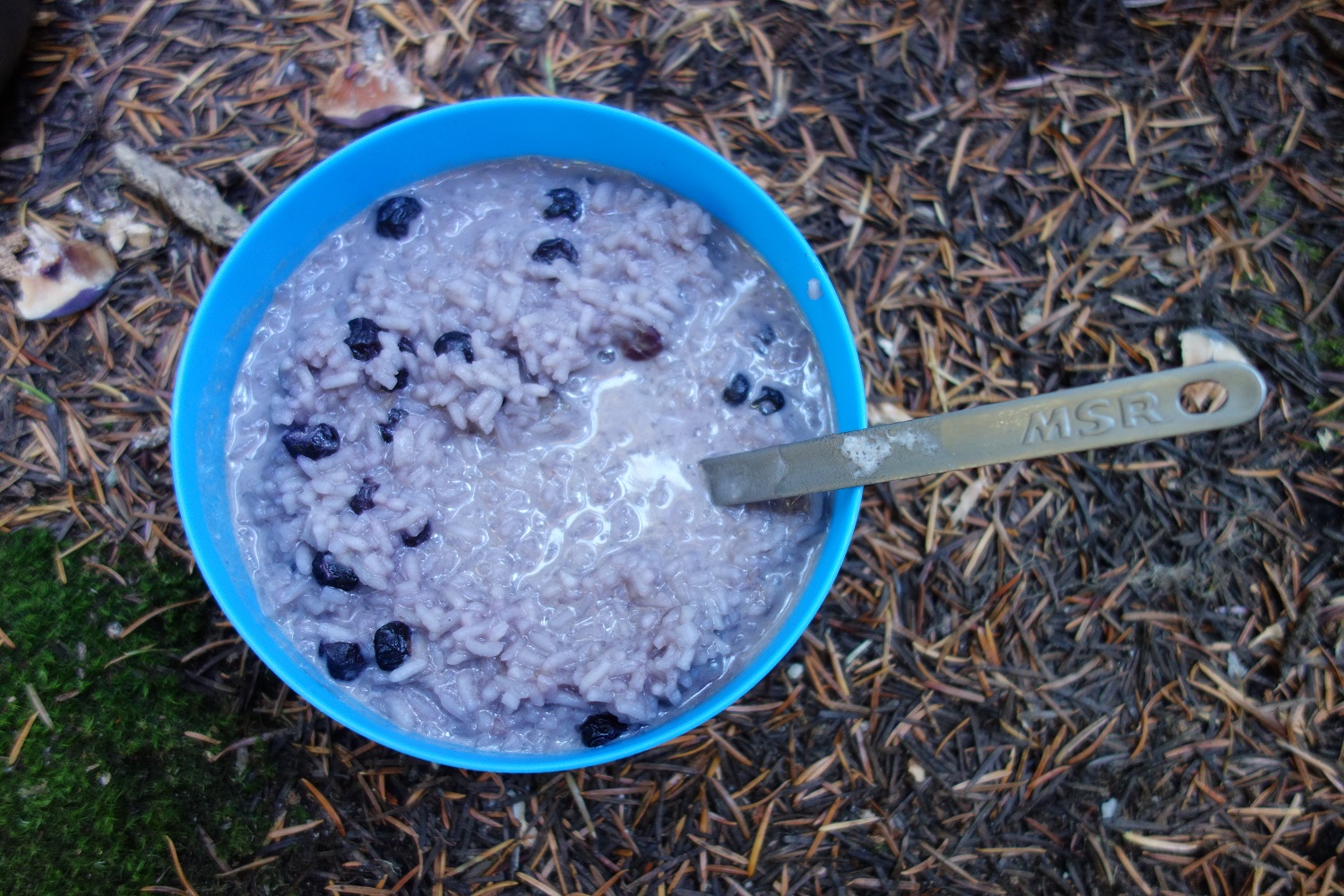 Fed and warm, we were finally ready to break down camp and head up the trail to Robin Lakes. As we hiked, the skies cleared, revealing breathtaking views of Cathedral Peak, Mt. Rainier, and Mt. Adams. The trail was steep and rugged, but numerous cairns made it straight-forward enough to follow.

And the view from the top made all of the cold we had endured the previous day worth it. 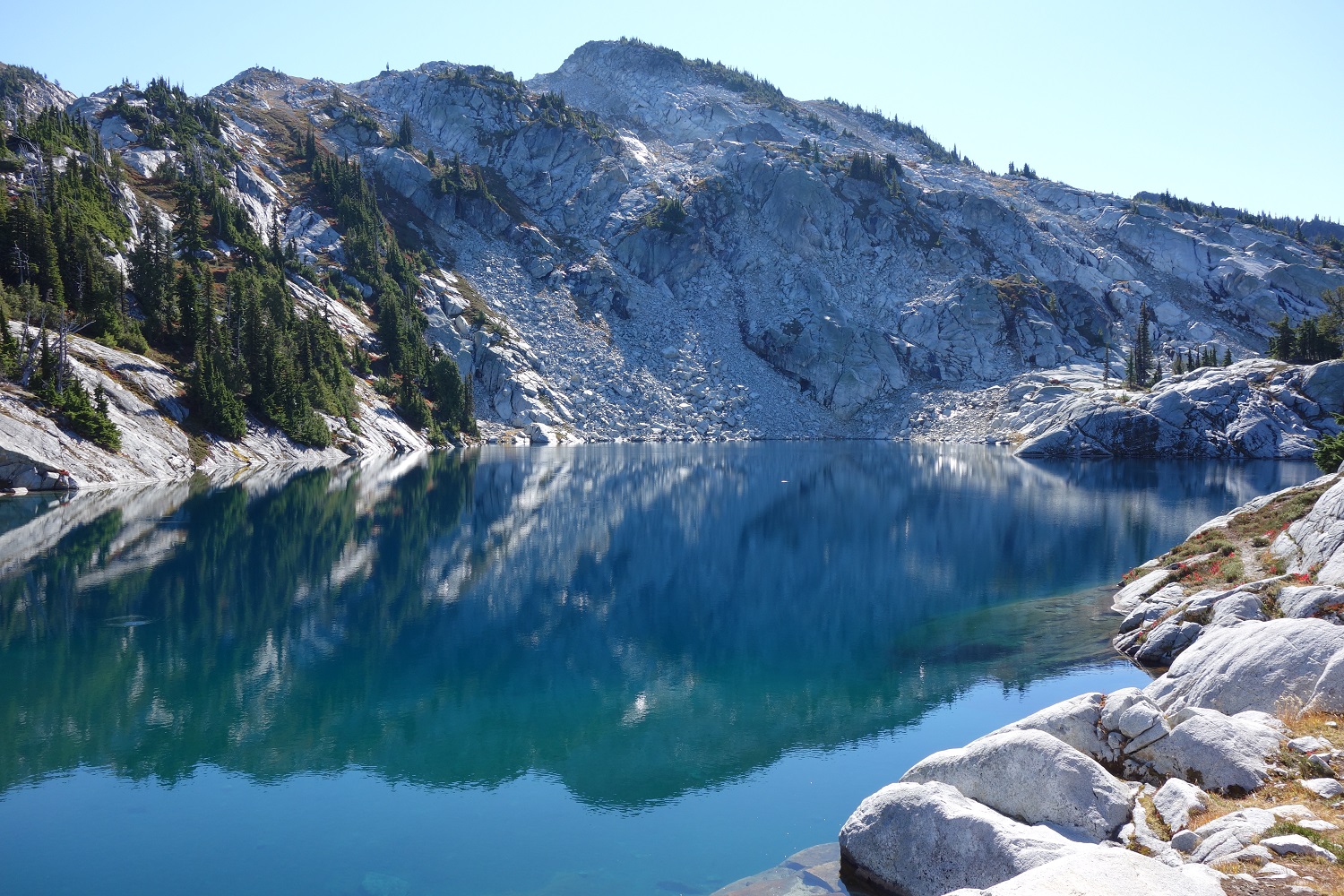 Laura Lancaster started backpacking at the age of 12 and hasn’t let up since. Currently a freelance writer and editor living in Seattle, she thru-hiked the Pacific Crest Trail in 2014 and the Wonderland Trail in 2015. Laura has been published in Survivor’s Edge magazine and has forthcoming work in Backpacker and American Survival Guide.