With the New Year comes new opportunity for adventure. Where will your wanderlust take you in the coming months? We asked five MSR reps to divulge their favorite hikes—near or far—to get your bucket list off to a great start. Make these treks part of your new year’s resolution and make this year one for the books. 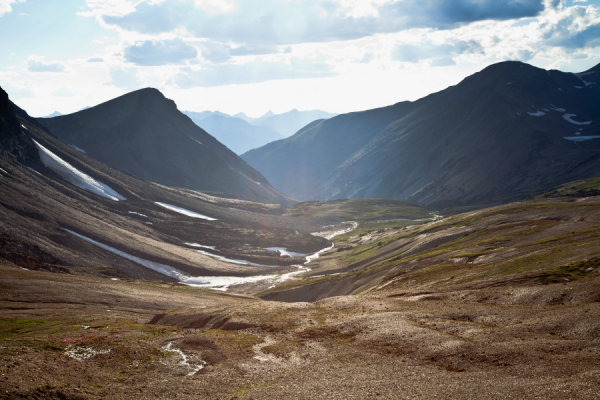 The Skyline Trail is one of the Canadian Rockies’ most stunning and iconic trails, boasting big climbs over three passes and some 25 kms of trail above treeline. The south end runs through alpine meadows and much of the north end carries on atop long ridges. The vast alpine carpets show off many flower varieties and colors I simply haven’t seen elsewhere. Creeks, streams and waterfalls are so frequent you could likely hike with only a mug and water filter and never find yourself thirsty. Mountain goats, marmots and picas are abundant, and the range is home to a woodland caribou herd. With over half the 45 km, hard-packed trail above treeline, the Skyline offers wideopen views of the surrounding majestic mountain ranges. The best months are July and August. 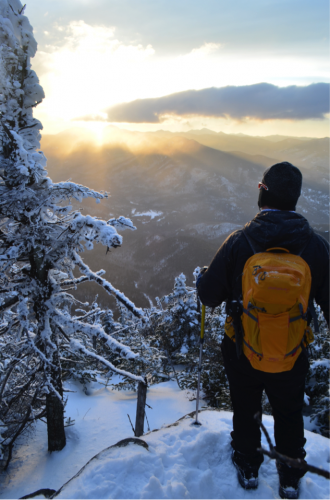 Known as “Giant of the Valley” thanks to its looming presence over New York’s Keene Valley, Mt. Giant is the 12th highest peak in the High Peaks Region of Adirondacks. I keep coming back to this hike for the jaw-dropping views of the surrounding peaks, such as Mt. Marcy and the Great Range. Three main trails access the summit of Mt. Giant. The two most popular are the Roaring Brook trail and the Zander Scott Trail, which climb southern ridge and can be done as day hikes. During the summer there is some minor scrambling, but not many water sources, so make sure to bring plenty for the rugged, all-day hike. 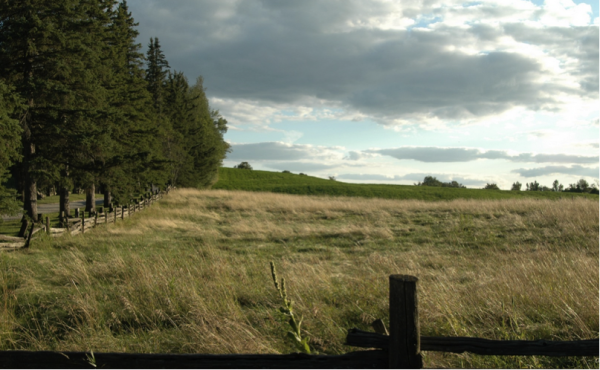 The oldest and longest hiking trail in Canada, the Bruce Trail runs from Niagara Falls though Southern Ontario, down to the tip of the Bruce Peninsula at Tobermory, Ontario. Nearly 440 km of side trails branch off and loop around historical landmarks and beautiful overlooks, and Scotsdale Farm is by far my favorite of these.

The Scotsdale Farm side trail traverses conservation area land in farm country northwest of Toronto. It winds its way through prairies, old growth, cedar forests, swamps and marshes. As you hike, you’ll cross streams and catch views of small waterfalls. The trail navigates rocks and roots for as much as 14 km.

Fall is a beautiful time here, but the colors pop all year round. In the winter, the purple branches from sumac poke through the layers of snow, and in the spring myriad colors erupt up as the weather warms. We stay away in summer though, when the bugs are thick.

Though this hike is easily accessed, we rarely see anyone else on the trail. I can stop to listen to the water trickle over the rocks and peer over the bridges into the shallow depths too see the small fish.

The remote location and magnificent scenery of Scotland’s famed An Teallach Mountain offers a trekking experience like nothing else. We believe An Teallach is one of Scotland’s most beautiful and challenging alpine pursuits. The traverse runs along a ridgeline that features extensive of scrambling and quite a bit of exposure, all while you take the mountain’s steep gullies and sharp rocky crest. It’s challenging day for those exploring her summits. This zone may be pursued any time of the year, but winter becomes a serious mountaineering proposition. 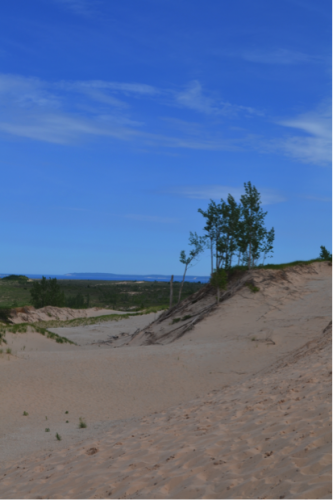 Offering some the best views of Lake Michigan, this afternoon loop is so close, yet feels so far thanks to its quiet solitude. It’s literally a walk in the park—a national park—but because the trail is mostly sand, it’s no breezy stroll. As you hike past beautiful sand dune formations, you’ll catch views of the wind-whipped Manitou Islands.

Here’s how to make a great day out of it:

Leave a car at the Sleeping Bear Point Coast Guard Station Maritime Museum and ride your bike to the Dune Climb parking lot (lock your bike). Before you is a great 5ish mile hike: head up the dune trail to the beach, then north along the water. Swing around the point, heading east until you get back to the Maritime Museum.