Story and Photos by Ryan Waters

Leading any expedition to Antarctica is always a big undertaking. But it’s even more so when the group consists of 26 wounded veterans. The pressure is always on when you’re responsible for someone else’s adventure—and life. Last year, I headed down to the “white continent,” to serve as a guide on the Mt. Vinson (16,050 ft.) expedition for True Patriot Love, a Canadian nonprofit that supports veteran soldiers through events, adventures, and interactions with business leaders in their community for future opportunities. 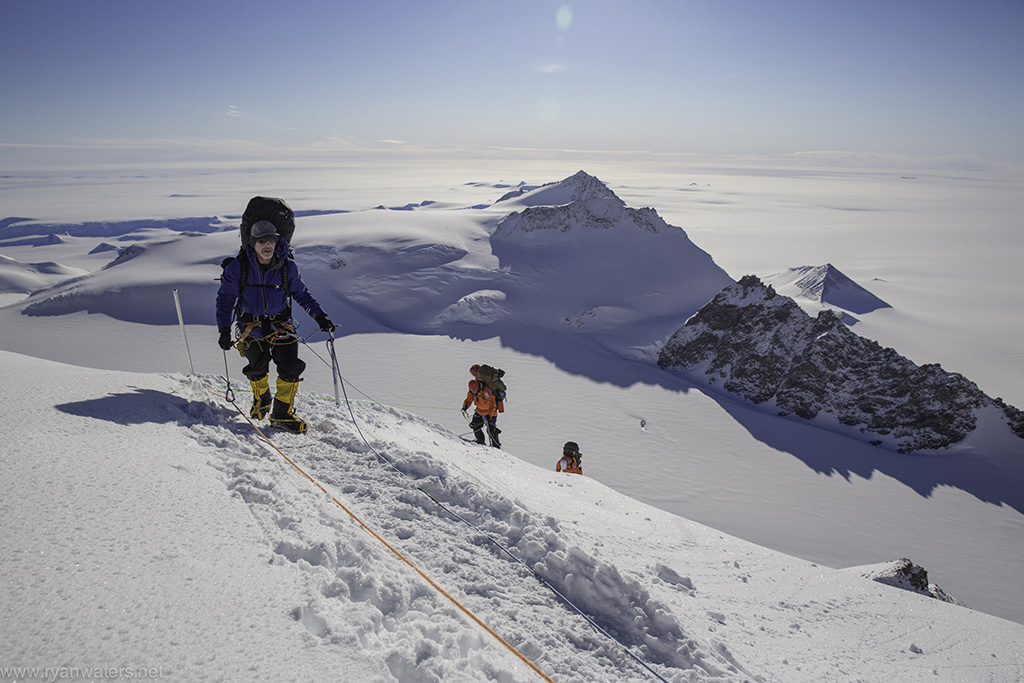 As a guide, there are many things that go through my mind as I start to plan and the mental To-Do list grows quickly. First, I had to focus on the people who would be in this adventure together. What will the team makeup be, and who are these soldiers and civilians; what is their experience level, health concerns; are there any specific challenges we will face with wounded soldiers?

Next, I must focus on the guide staff, and conduct necessary training sessions with the clients. Last summer, we conducted these full-group training sessions, with both guides and clients, in the Canadian Rockies to get everyone trained up to a relevant baseline skill and get everyone working together. Soon, we had the team largely in place and ready to continue their physical training up until the deadline. It felt pretty dialed.

People close to me probably got sick of hearing me mention the “the huge Antarctica project” over the next several months, but there is a constant need for organization. Logistics is a bit part of that. I had to figure out the flight schedule to Punta Arenas; whether everyone had their insurance policies; and the gear list for each climber, which is quite substantial to say the least. Each time we had to make an adjustment to the team makeup, we had to redo paperwork, print off details and plan for the logistics of the group. 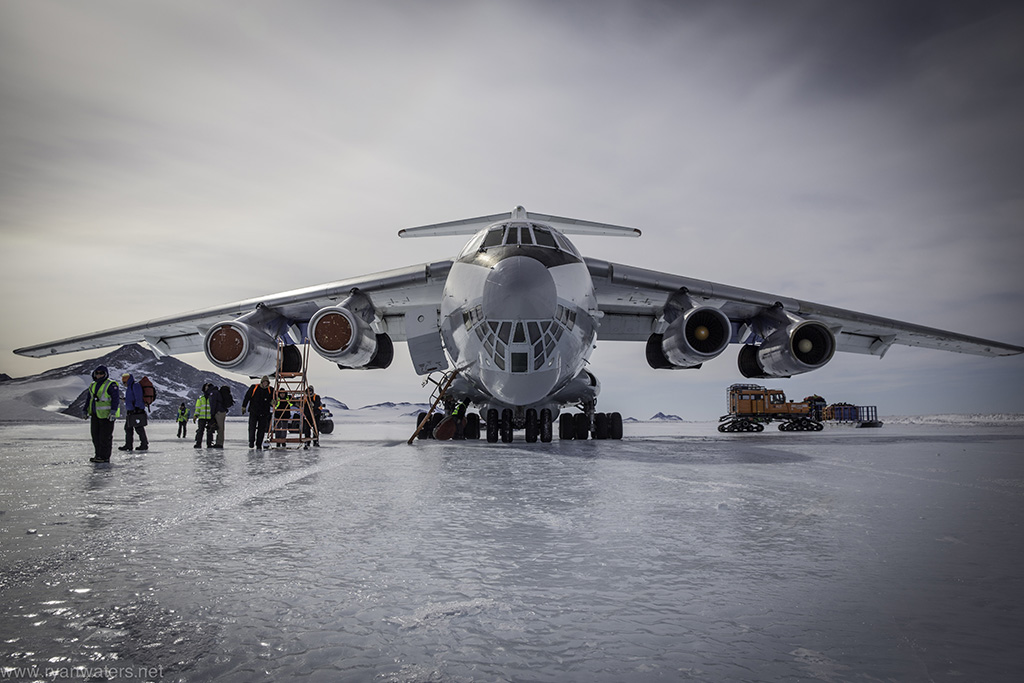 Then there is the crucial group expedition equipment needed to safely move 3 semi-independent teams of climbers up one of the coldest and most isolated mountains on the planet. You can imagine all the stoves, fuel bottles, cookware, individual tents, and kitchen tents needed. The technical climbing gear is always thoroughly planned for weight and importance: climbing ropes, ice screws, and snow pickets. All of this has to be ordered, catalogued and shipped months in advance to southern Chile, with very specific customs requirements. The hotel reservations, transports in town, meals and meetings all had to be locked in. It becomes quite the dedicated white board checklist that shrinks and grows again, in a constant ebb and flow over many months. 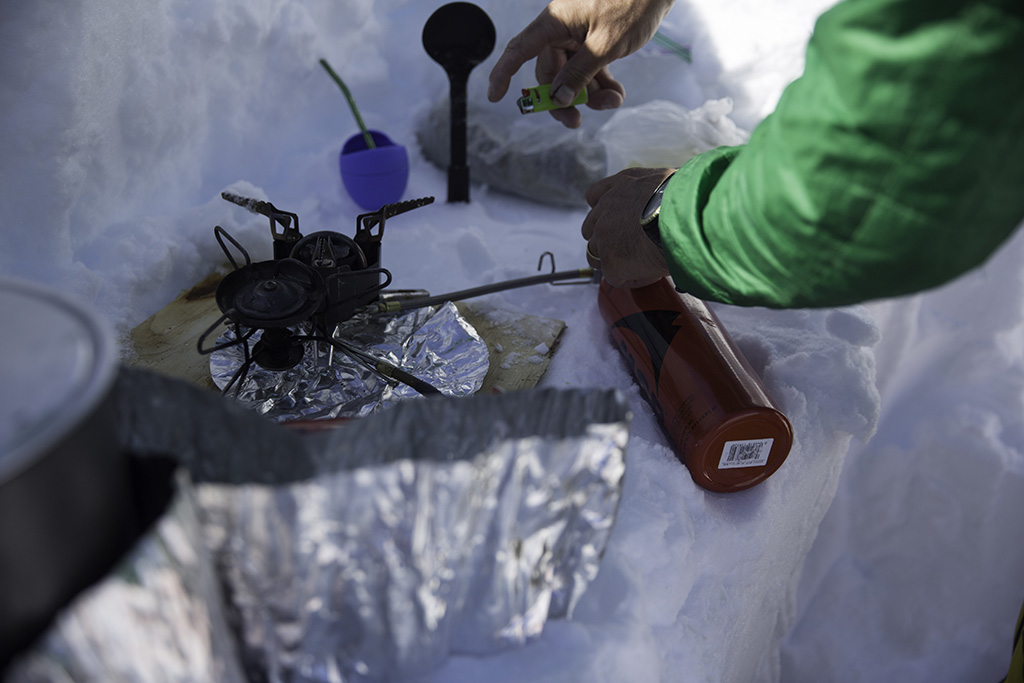 You often hear the phrase “an army marches on its stomach,” indicating the importance of food and hydration to the movement of large numbers of people. After guiding for more than 15 years, I have learned that certain pieces of expedition gear are absolutely critical to get right. Stoves being one of them. For this trip, we had ten stoves in total for the trip, a mixture of the fast-boiling XGK EX stoves to crank out the melting duties for drinking water. And the finer-tuning WhisperLite Internationals to pull double duty of melting snow and simmering more delicate cuisine. Keeping a total of 32 people watered and fed for three meals a day on the highest peak in Antarctica is no easy task. After the trip, our guides joked that all we did was melt snow and cook, and every once in a while packed up and lead a rope team. So what do we eat? From the first spark of the stoves at 6 a.m., we had to rely on our cooking systems to fire up the coffee, fry the bacon, and crank out the 64 liters of drinking water needed to keep the machine running smooth and well-oiled. We had burger nights to quesadillas to breakfast mashups. All told, the crew devoured over a cumulative 960 meals on this expedition alone!

In the end, the trip went very smoothly. It was pretty incredible that the flights to and from Antarctica went off without a hitch in the weather. Our team of 32 people, clients and guides, worked very well together. Everyone supported each other and worked as a team. We established a motto: Safety, Fun, Summit. Everyone in our team reached high camp and we were elated! A few folks turned back at their own high point on the summit day, and that was a great achievement itself. Twenty five people reached the summit of Mt. Vinson, the highest peak in Antarctica, in the single biggest group to ever summit that peak. 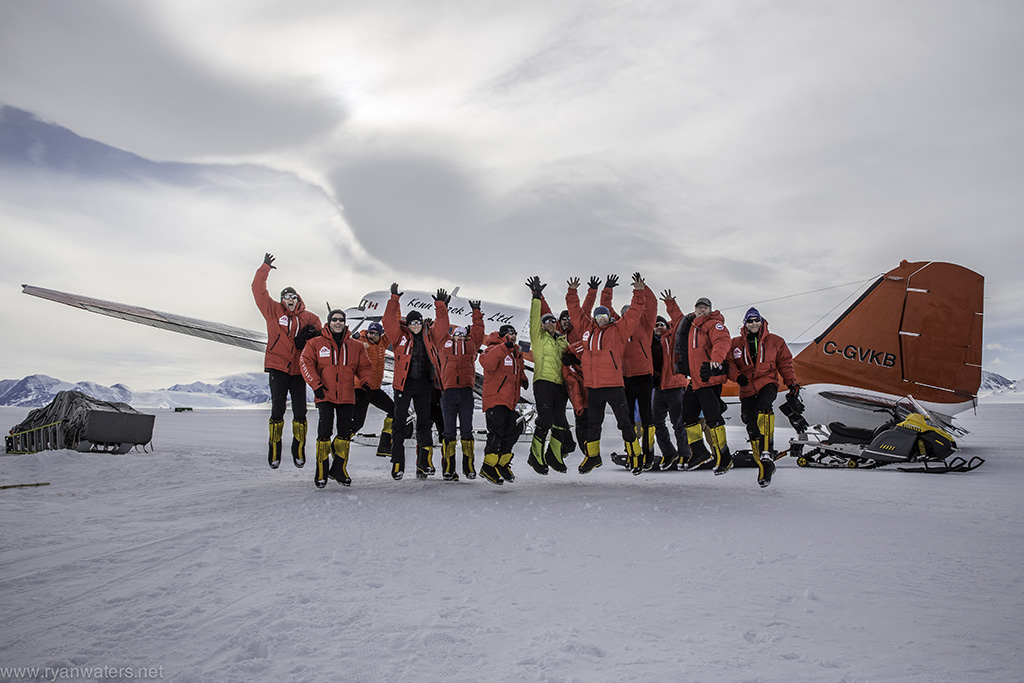 Now I am back, duffle bags unpacked, and gear cleaned and stored on shelves awaiting the next trip in the coming weeks. There are always significant projects to work on, but for now, it feels good to look to the future, with the white board for the “big Antarctica project” wiped clean and nothing but fond memories of a great expedition with some remarkable people.