I first visited the Patagonia region of South America in 1999. I spent several seasons climbing some of the classic lines in the Fitzroy and Cerro Torre Massifs. In this time period there were no weather forecasts available and climbers simply hoped for good weather windows that would allow them to ascend the striking towers and spires. I learned about the importance of staying motivated through the weeks and weeks of wind rain and snow. I also loved the camaraderie shared between the climbers from different countries and with different abilities. However, the increasing number of tourists and climbers as well as the development of the town of Chalten was, in my opinion, removing the wildness from the experience. 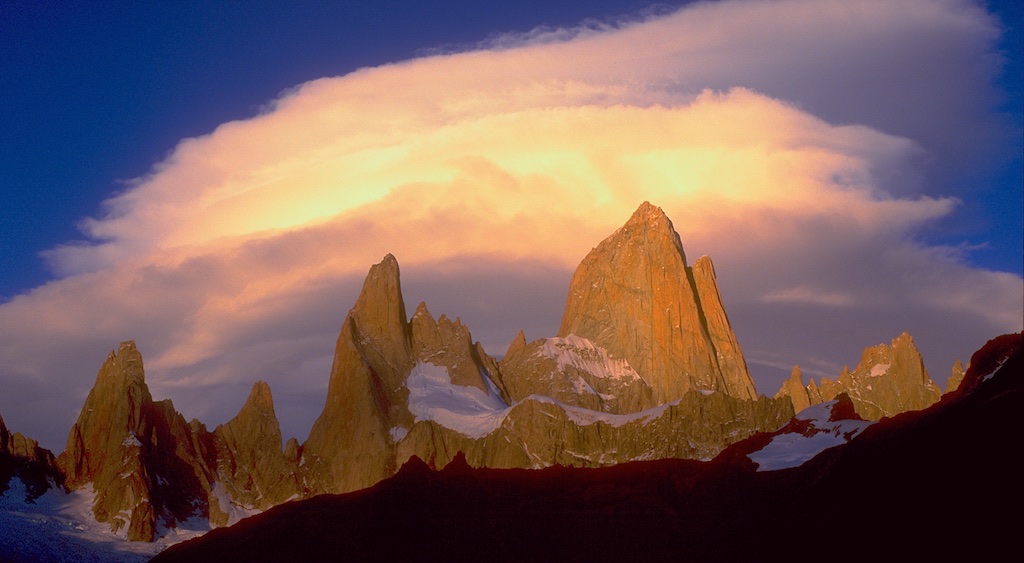 In 2004, a Chilean friend Nacho Grez invited me to explore a remote part of southern Chile that he said contained large unclimbed granite walls. We carried all our gear and food along the rugged 20 mile approach and then endured really bad weather even by Patagonia standards. By the end of our three week expedition we stood on top of the North Avellano Tower (5.10 IV, 75 degrees). Rain and snow of the approaching winter season eventually drove us out of the valley, but not before I glimpsed a massive 3,000+ ft tower at the south end of the range. I knew I would be back. 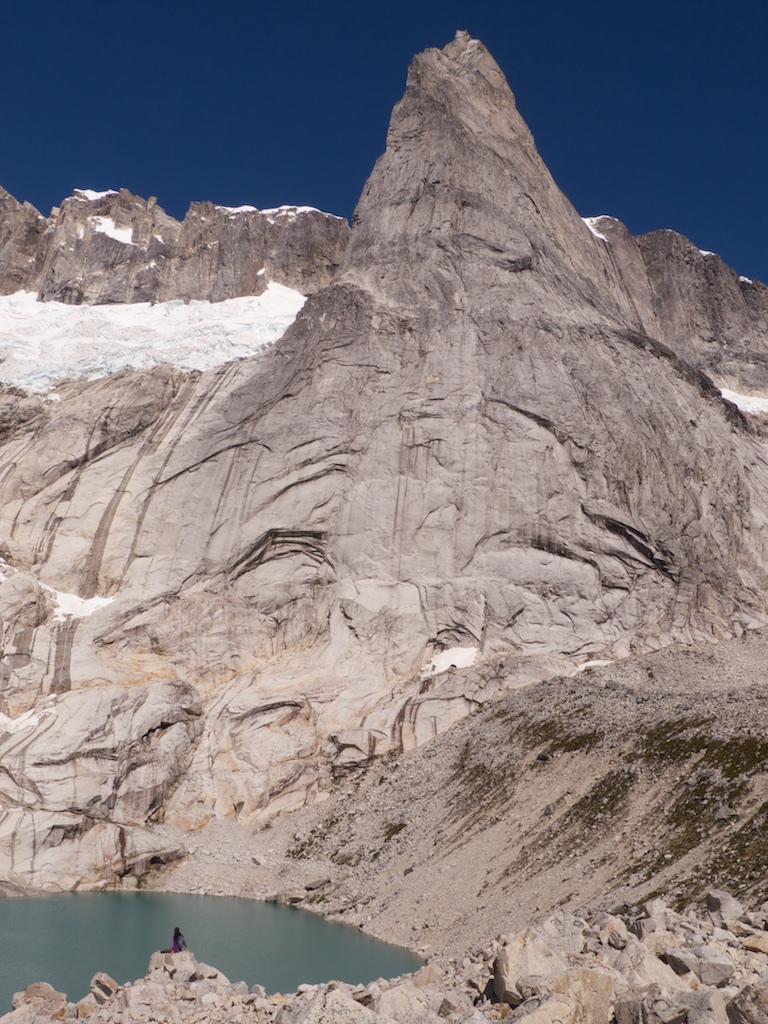 In 2013 my partner Szu-ting Yi and I started making plans to return to the Avellano Range. We recruited Jared Spaulding and Matt Hartman to join us. On January 1, 2015 Szu-ting and I flew to Chile and rendezvoused with Matt and Jared in the resort town of Coyhaique. This year we decided to approach the mountains from the southwest, starting at the small town of Bahia Murta on the shores of Lake General Carrera. On the map this approach was much shorter than the one I used in 2004. We would quickly learn that shorter does not necessarily mean easier or faster. 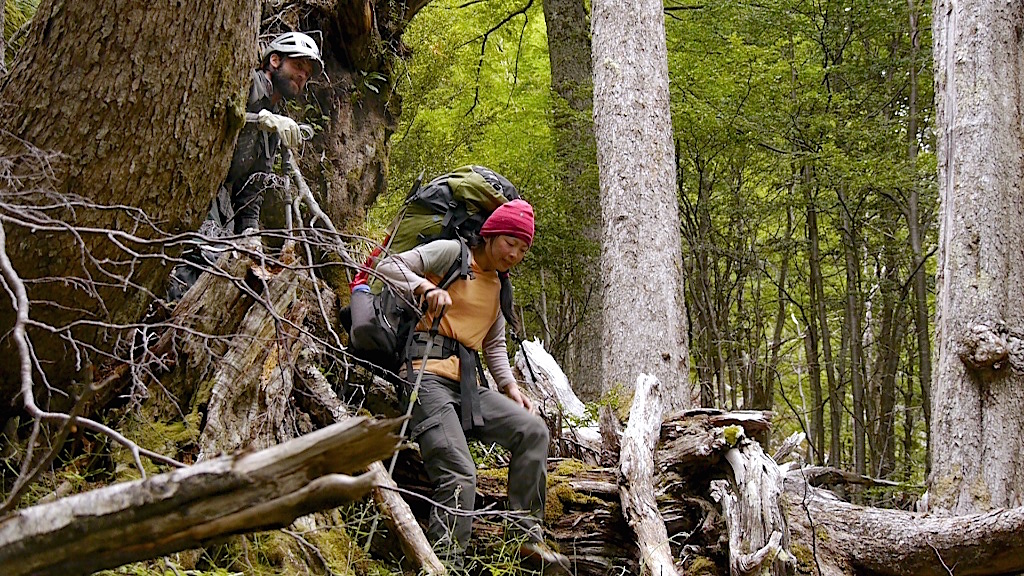 On January 5 we began shuttling our food and supplies into the mountains, along a rugged “cow trail,” then bush-whacked up a small river, continued up steep rock slabs to tree line where we made our basecamp. From there we continued around beautiful alpine lake which was fed by a calving glacier on the north side. We crossed a loose scree and boulders to reach the col separating the east and west Avellano valleys and then descended a 1,500ft snow slope to reach the base of the South Avellano Tower. We ended up carrying 600lbs of supplies and food over 80 miles. To say the approach was a grueling, somewhat dangerous endeavor would be a great understatement, but then again such things should be expected in wild Patagonia!

On January 19, under clear skies we started up the imposing north face of the South Avellano Tower. The rock was high quality fine granite reminiscent of Yosemite. However, there were few crack systems and those we did find were choked with grass and moss making placing climbing protection difficult. We climbed approximately 1,500ft reaching a large ledge system. Unfortunately, above there were no continuous crack systems to follow. We tried climbing on the left then right side of the ledge, but without placing bolts (we chose not to bring expansion bolts) our route was not climbable and we were forced to retreat. 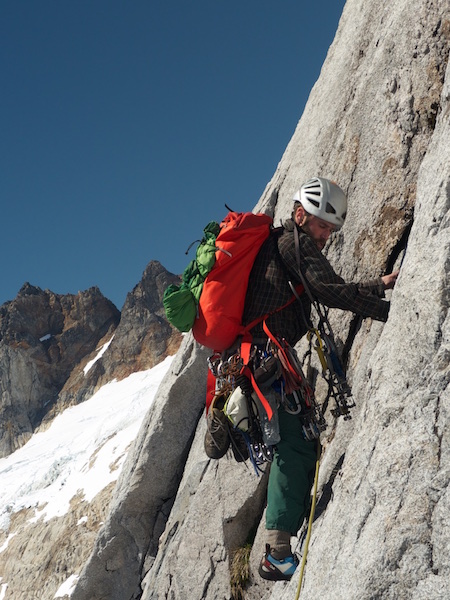 With our food running low we decided to climb a tower we called the Tooth that was on the way out of the Avellanos. On January 21 the good weather was turning bad as we started up the striking granite peak. As we climbed up the coarse granite cracks a group of giant Andean Condors circled above us, playing in the wind of the approaching storm. Being scavengers, the condors were hoping we would lose our grip on the mountain and provide them with an easy meal. We disappointed the birds and Jared and Matt safely reached the summit of the Tooth (Filo Suroeste 5.10, 1000ft). 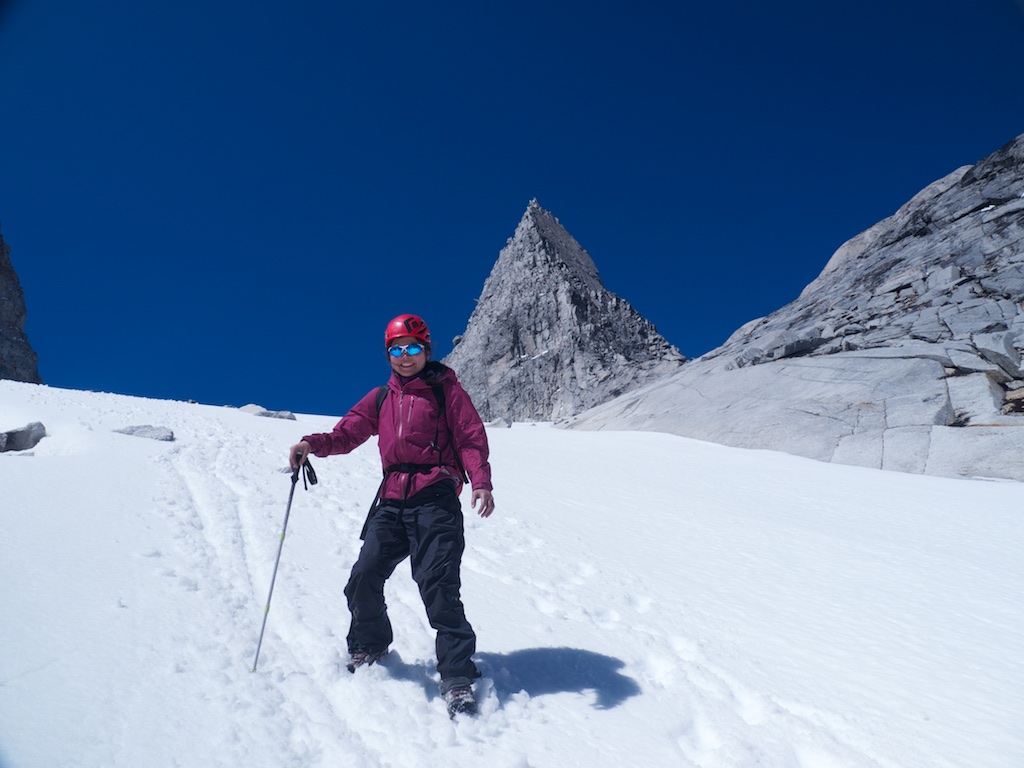 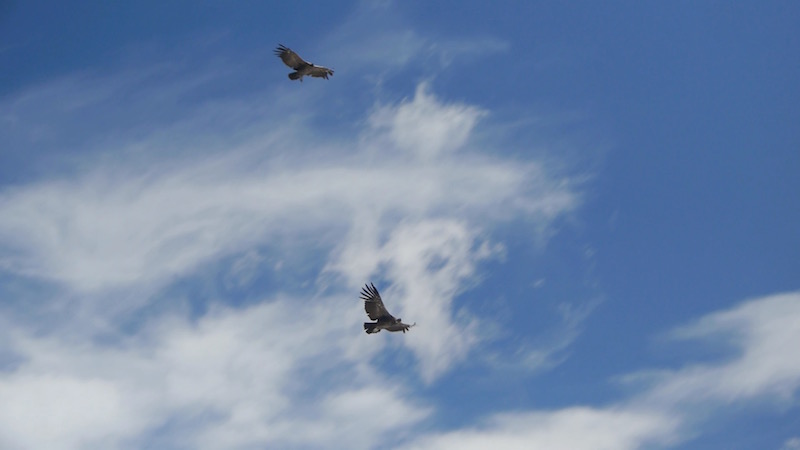 While we didn’t reach the summit of the South Avellano Tower, I am very proud of our effort. We persevered through a challenging approach that would have stopped most expedition long before they even reach the mountains. We worked well as a team, stayed safe and relatively healthy and walked out of the mountains as friends excited for our next adventure. 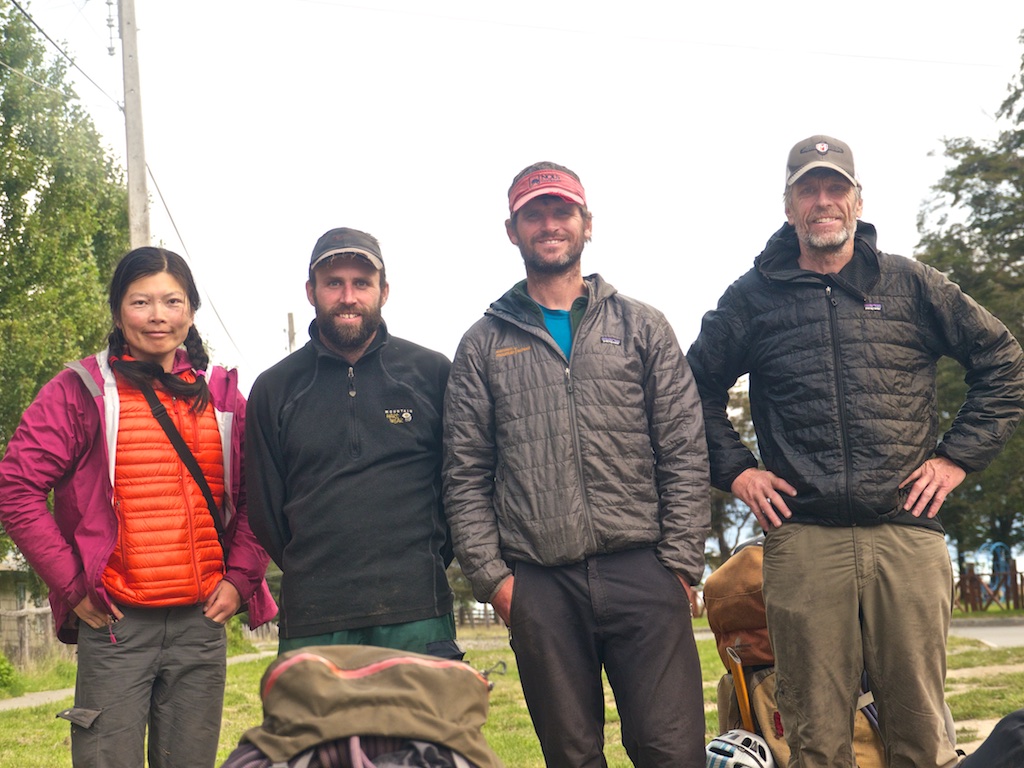 Dave Anderson is a filmmaker, photographer, writer and explorer based wherever his van, Magic, is parked. Anderson has been climbing for 33 years and has established new routes in 10 countries on five continents. When not shivering during an unplanned bivy or editing his latest video in Magic, Anderson can be found leading climbing and trekking adventures in Asia with his partner Szu-ting Yi through their company LittlePo Adventures.