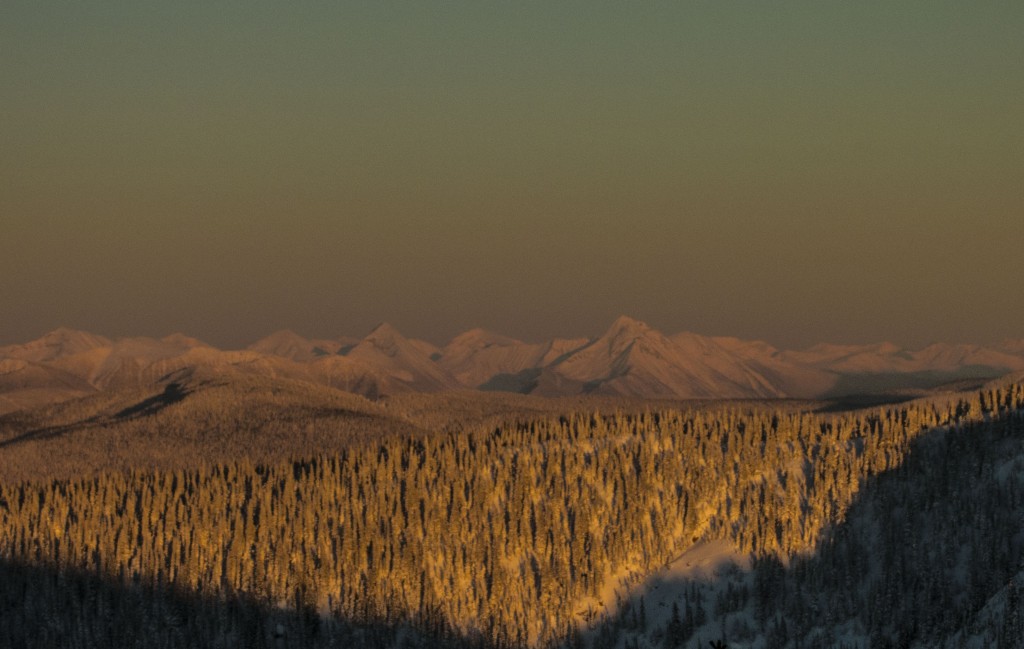 Story and photos by Riley Leboe

This past December, I made the 7-hour journey north from the coastal town of  Squamish, British Columbia to the tiny northern interior town of Quesnel, BC. It was my cousin Josh’s 30th birthday and we’d decided to celebrate it with a few days of skiing fresh tracks and living in the mountains. The following morning, we loaded up our trucks and headed out to the Cariboo Mountain Hut—a small touring hut at the foothills of the Cariboo Mountain Range. 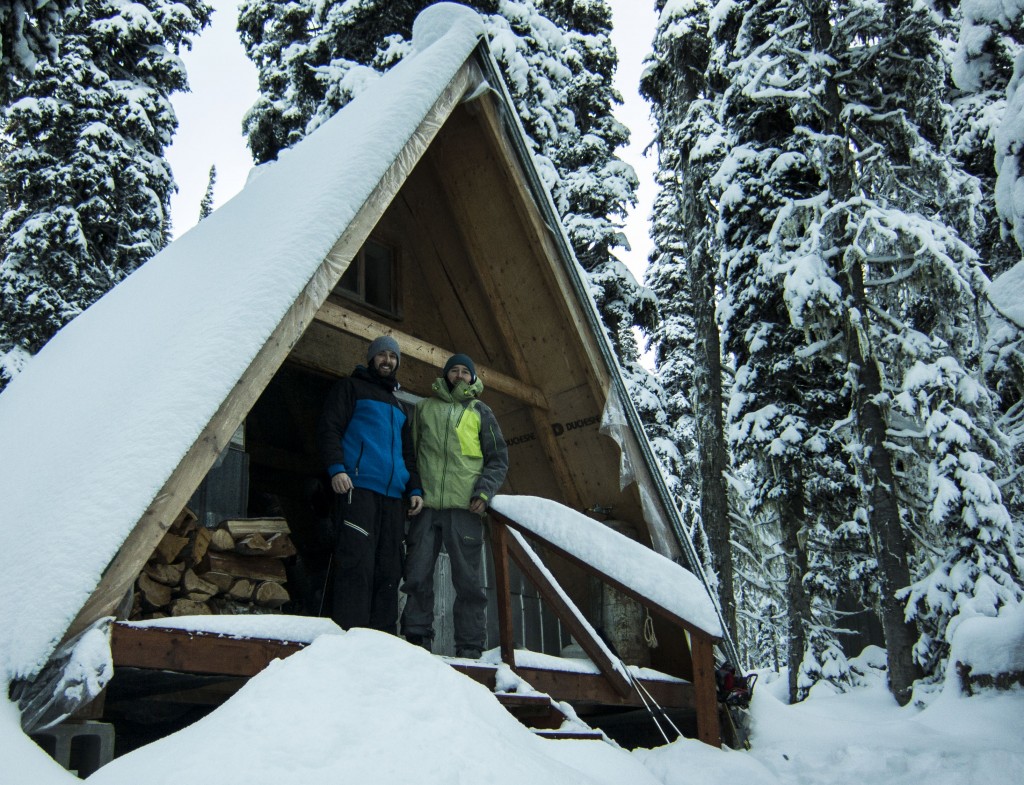 There was an incredible arctic outflow moving over British Columbia that weekend. The temperature was at that magic number of -40 where Celsius and Fahrenheit meet. Still, it was a clear and dry day, so we weren’t overly concerned about the frigid temps. We felt confident we could stay warm providing we were conscious and diligent about regulating our temperature, knowing the key to our success would be limiting the amount we sweat.

The hut was a short sled ride away. Taking advantage of easy access we brought luxury items including music, beer, and more extravagant food. After dropping our gear at the cabin, we started the hour and a half approach to the base of the bowl. Seeing that the cabin was well stocked with firewood and essentials, we left without firing up the wood stove.

We started our approach under the tree cover. Initially, we weren’t uncomfortably cold despite the fact that the bowl was north-facing and devoid of sunlight. Stability was manageable at the base of the bowl and coverage and snow quality were great. We began the ascent after picking out a safe route to gain ridgeline. I’ve never been happier to feel sunlight as we gained the ridge. 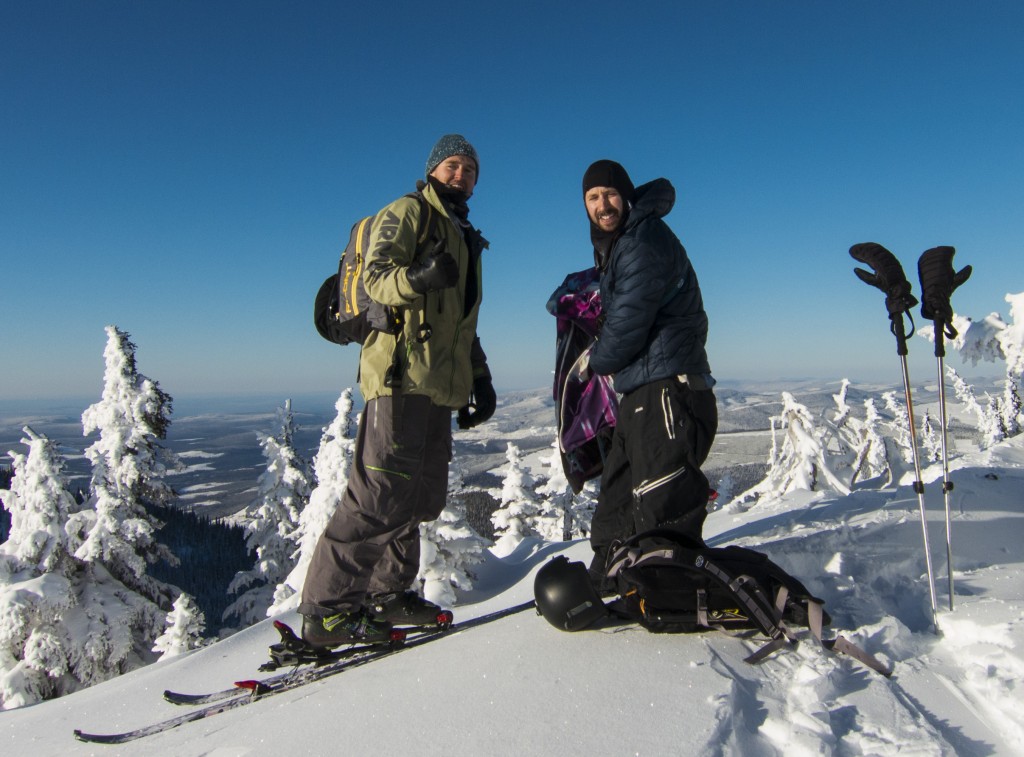 After summiting, we pulled off the skins, had some lunch and enjoyed a recharge in the sun. We skied a few conservative lines on a supported shoulder of the bowl. The snow was great. We found lots of face shots in our four laps. On the last lap, we planned to enjoy a beer as the sun went down. We sat there in the alpine glow and pulled the beer out of the pack only to realize the beer—and water—were frozen. Fortunately, being experienced, we had butter ripple schnapps on hand. 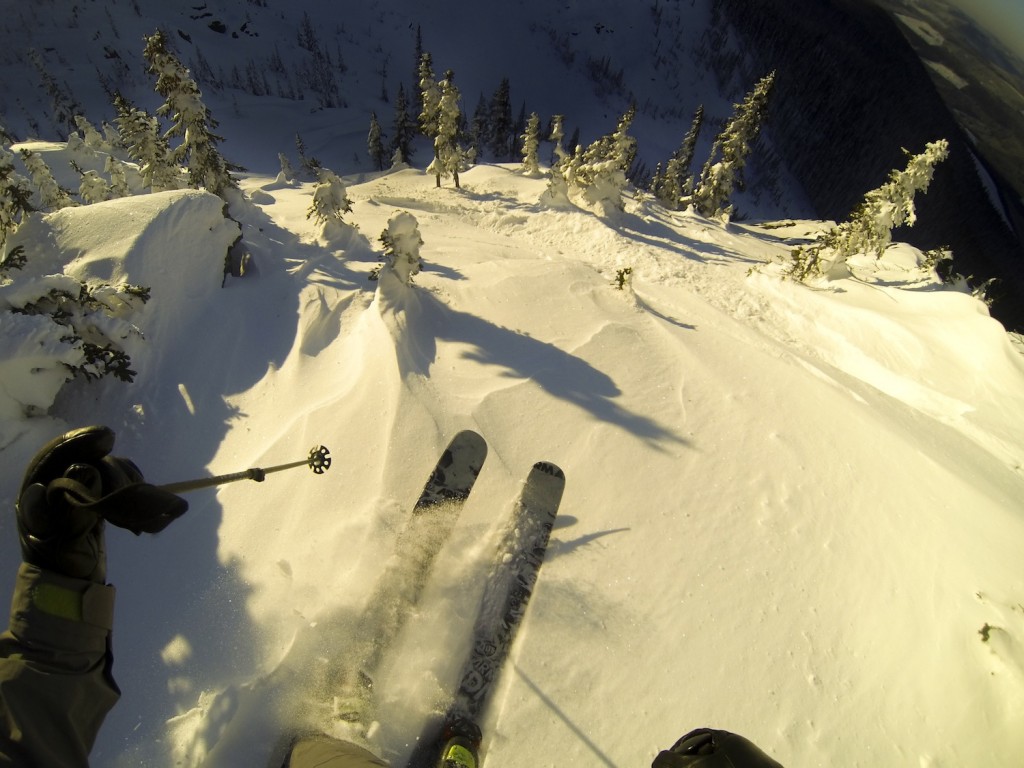 Ready to head back to the cabin, we dropped off the peak in the alpine glow, descending into the darkness. Our cabin was substantially colder than when we left. In addition, working for our last lap we broke the golden rule of managing our sweat. Preparing to start the fire we discovered that the nicely cut wood and kindling were green. Despite being seasoned outdoorsmen, we couldn’t get the fire to stay lit. It took two hours of constant attention to get the fire burning. At this point, it had been four hours since we’d had any water. Everything, with the exception of the schnapps, was still frozen. The air was so cold even the camp fuel for our PocketRocket and Reactor stoves wouldn’t burn. 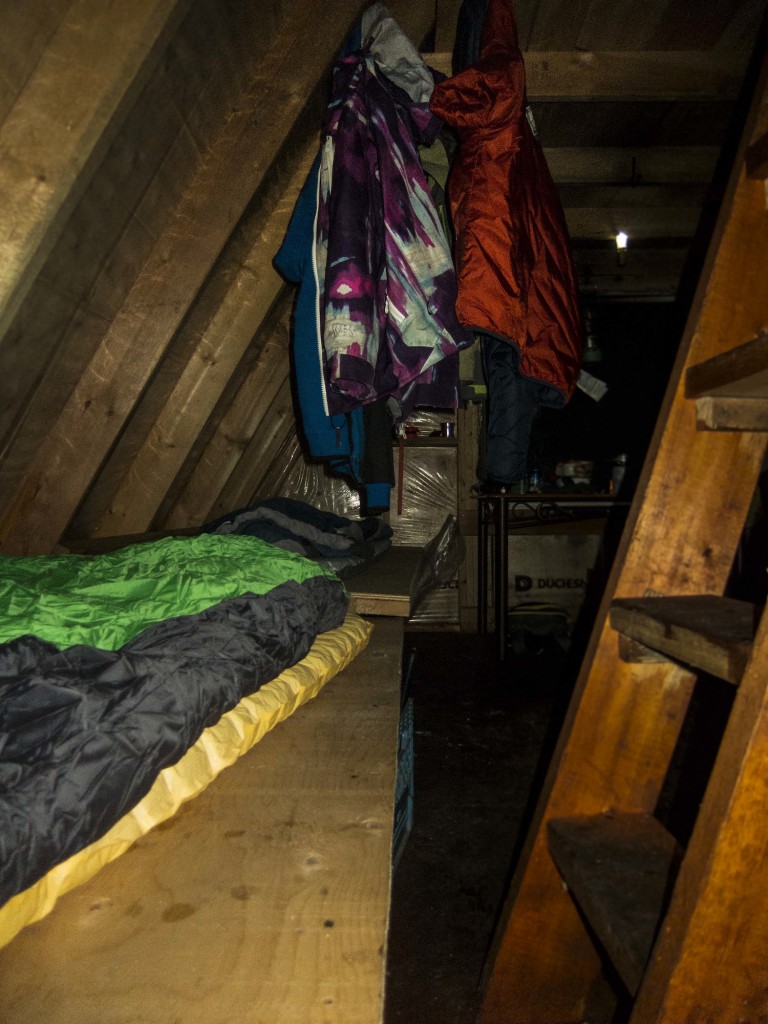 Finally, the stove warmed, as did the water, beer, and eventually the camp fuel. As the hut warmed, we started to shed layers. The water reverted to its preferred state and we were finally able to enjoy the beer we had been wanting for nearly five hours. We cooked a big chicken pasta dinner which led to a food coma. Learning from our earlier ordeal, we set alarms every couple hours throughout the night to ensure that the wood stove was still burning strong. The next morning we woke up to a warm hut, took our time and made a big breakfast. We restocked the wood pile, packed up and moved on to our next touring location. 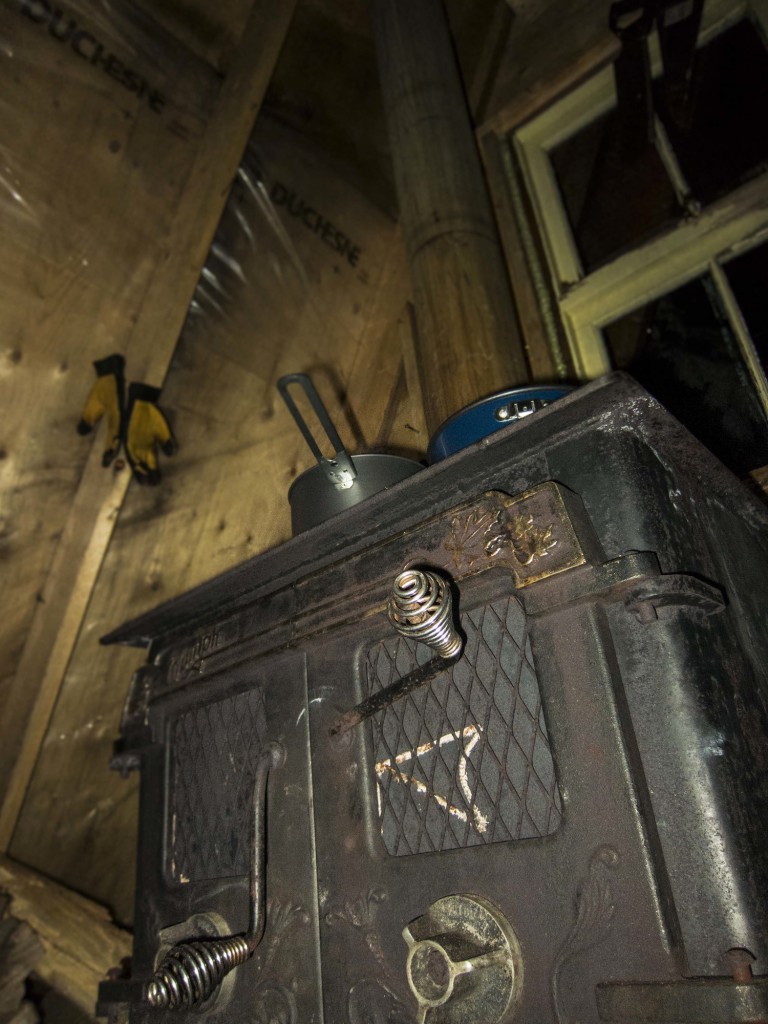 Despite many nights spent in backcountry huts, this experience was an eye opener. There are many factors that come into play when the temperature is so low. Proper planning is essential including being prepared for unexpected bumps along the way. We had planned for the conditions, packing proper technical layering, face masks, spare gloves, toques, goggles, winter sleeping bags and winter sleeping pads. What we didn’t expect and hadn’t planned for was wet wood. This oversight created significant discomfort. Had we taken the time to warm up the stove prior to heading up the mountain, we would have realized what we were up against and planned accordingly. Instead, we skied hard all day and came back to the hut tired and wet, met with a significant challenge. Although we weren’t in immediate danger, it wouldn’t have taken much more for that to have been a different story. All in all, a great trip with good times and good turns and a little learning experience along the way. On to the next one.