A report from the 9th annual 24 Hours of Horseshoe Hell endurance climbing competition.

The shotgun blasts, and 280 climbers scatter like buckshot in all directions.  Most are running—some are walking briskly up the steep approaches to the crags that make up the borders of Horseshoe Canyon Ranch.  Ten minutes ago the full crowd of 700-plus was lost in a trance of psyche and adrenaline as Jeremy Collins and Kris “Odub” Hampton put on a show (as usual) for the famed Climbers Creed to “I got 99 problems but 100 pitches ain’t one.”  But now minds are focused and fixed on the next 24 hours of pain.

Some competitors will try to nab 1-2 climbs per hour, keep moving and make it to their own personal goal of a certain pitch count or certain number of grades of climbs.  But most will push their bodies to full the limit of what it can take.  Dehydration, muscle fatigue and worn skin are just a few of the issues they’ll encounter.  And those are the easy ones to deal with.

Back in 2006, a few buddies and I were out cragging at Horseshoe Canyon Ranch when we schemed up this wild idea of climbing for 24 hours to see how many pitches we could nab.  The property is a full-scale dude ranch owned by Barry and Amy Johnson. It has fantastic amenities for not only their ranch guests, but also for climbers.  And the route count is big, all confined into a relatively small area of land.

One weekend early that year, I walked into the office, asked for Barry and proceeded to pitch the idea for 24 Hours of Horseshoe Hell (24HHH).  He said yes, and, as they say, the rest is history.  The event has grown to unimaginable proportions since our first 120 climbers in 2006. The demand for registration has ballooned to the point of selling out online in less than 4 minutes (now we have to do a lottery system).  We’ve added a 12-hour event as well, in which one can qualify to enter the full 24-hour event.  But in my mind the festivities of the weekend are where the community is built and grows.

As the clock rolls on into the afternoon and early evening there are rumors of people crushing.  Someone already has 100 routes?  Alex Honnold hasn’t been on anything under 5.12 yet?  That dude is still climbing in his thong 9?  I run into Frodo and Gandolf climbing a short 5.8 in late afternoon.  Costumes everywhere.  Darkness descends on the canyon walls and the headlamps light up.  The energy at the north forty is intoxicating.  Go there and you’ll receive it like a contact high:  Two dudes on horses playing guitars.  Glow sticks.  Fire dancing.  Competitors firing route after route after route.  I hula hoop and play a djembe with a crowd of people, headlamps, and glow sticks, as whiskey is passed around like a peace pipe.

4 a.m. rolls through and the toughest part of the night has come.  Psyche gives way to lows of the mind and body.  The smeared painted faces of competitors give them the look of zombies.  A few have laid down for a nap.  Most are still pushing.  Not many are happy though.  One guy says to me, “Why the hell do you do this to us, Andy?”  I tell him to make it to daylight and he’ll find out why.

As the sun begins to show itself in the east, a renewed vigor of body and mind comes back to every soul at 24HHH.  The psyche is back with a vengeance.  As the shotgun sounds at 10 a.m. the competitors start rolling into the Trading Post to turn in their scorecards.  The filth is fantastical.  Smeared faces, black hands, bloodied legs, ruined clothing; partnered with huge smiles.  A glorious sight to see.

4 hours later the pasta dinner begins and our sustainability agenda is put to work with reusable EVERYTHING.  MSR provides the first 1000 people at 24HHH with their Folding Spork, we have origami bowls, and Klean Kanteen stainless steel pints for the beverage of choice.  The slip-n-slide is a go.  Awards ceremony follows with best haircut, beard, costume and team names rounding out the show.  Then music.  Then air guitars.  Then DJ’s.  Then I’m not sure… I hear the party raged all night long.  People were hanging from the rafters – literally.

24HHH is no longer a climbing competition.  It hasn’t been one for a long time.  It’s WAY more than that.  It’s a massive group of like-minded people who get together every year to experience laughs and wild costumes and old friends and new friends and pain and food and campfires and good beer and rock climbing.  And most importantly, community.  It’s an annual family reunion, with all newcomers added to the family each year.

To become one of the family, visit www.twofourhell.com or follow 24HHH on Facebook for 2015 event registration updates. 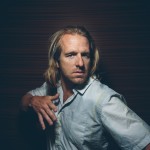