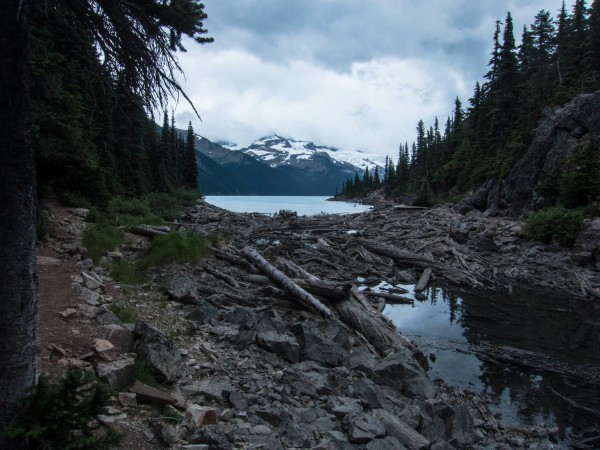 Photos and story by Riley Leboe

I’m lucky enough to travel the world doing what I love. Chasing powder snow as a professional skier has brought me to many amazing places around the globe. Still, I often find it difficult to leave the west coast of British Columbia, where I call home. With the Sea to Sky corridor offering so much in the way of activities, I’ve left much unexplored in my own backyard. 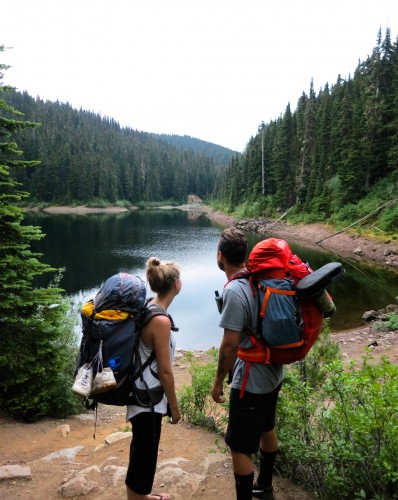 The summer affords me more time to trek into the mountains around Squamish. Mid-week in July, my brother, cousin, girlfriend and I decided to hike into Garibaldi Lake for a couple nights of camping. Garibaldi Lake is the largest of 4 major glacial lakes located in Garibaldi Provincial Park. The park’s area stretches along the Coast Mountain Range on the east side of Highway 99, only 1 hour north of Vancouver. At an elevation of 1500m, the lake’s glowing turquoise waters rest at the toe of the Sentinel and Sphinx Glaciers. This picturesque setting and close proximity to Vancouver makes it a very popular hiking area. Suitable for day hikes, it also serves as a base camp to reach the taller peaks in the park and for backcountry touring in the winters.

In all the years I’ve lived on the coast I had never hiked up to Garibaldi. On short notice, we packed up our tents, stoves and fishing gear and made our way to the Rubble Creek Trailhead. A short drive, the trailhead is located 30km north of Squamish. The well-maintained trail climbs 9km through old growth timbers before reaching the lake. 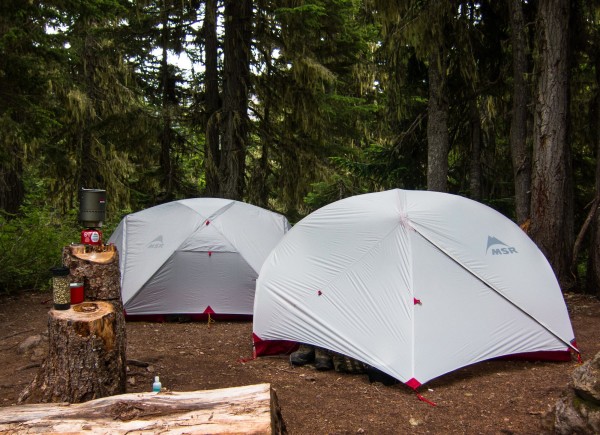 We enjoyed good weather on the hike in but knew that there was rain and thunderstorms in the forecast. Equipped with Mutha Hubba NX and Elixir 3 tents, Armada Gore Tex Jackets, merino base layers and a tarp to cook under, the rain wasn’t much of a concern. I had just picked up the Elixir 3 tent. Being a new tent design at such an economical price, I was excited to put it to the test and knew this was a great opportunity. Split between 2, it was light and had plenty of room for our wider mats and extra gear. 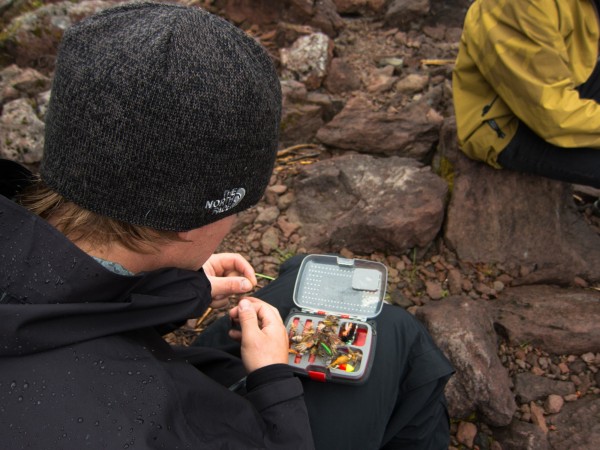 Following a hearty breakfast cooked with the Reactor Stove, we headed down to the lake with our fly rods to cast for some rainbow trout. Although the fish weren’t very large, it was exciting fishing. The crystal clear waters meant that you could see the trout swimming up and taking your fly. With the lighter weight fly rods, the trout put up a bit of a fight.

After landing a few fish, the rain set in. This cut our plans to walk down to Lesser Garibaldi Lake, known for even better fishing. Happy with the few catch and releases we had, we headed back to camp for lunch and to prepare the camp for the quickly approaching storm. 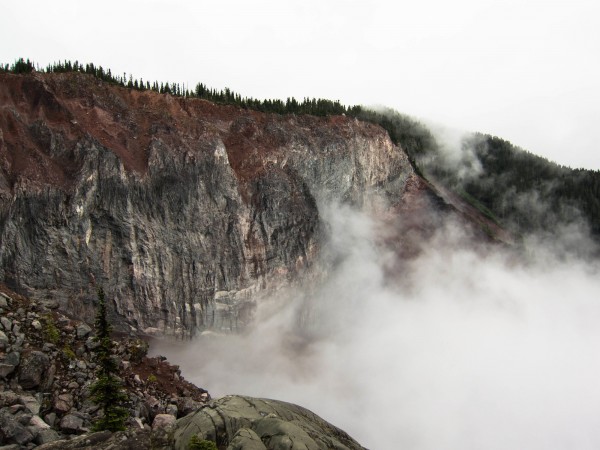 The Weather Network called for 70mm of rain over the next 24hrs. To prepare we set up our tarp over our cooking area, filtered a few liters of water and waited for the rain. We had time for a quick round of backcountry bocce in the campsite. Playing on such rough ground makes for an exciting game as it’s almost impossible to predict how the ball will bounce. Around 2 pm the wind picked up and the rain was falling heavily, so we traded the bocce balls for playing cards and took cover.

The intensity of the rain was so loud my brother thought it was a bear stomping through our camp. Looking through the mesh of my tent I had a clear view of the rain beading on the fly. The two large vestibules served their purpose keeping our backpacks dry outside the tent. Guyed out, the Elixir withstood all that the alpine wind could throw at it. The rain gutters over the doors kept any rain from dripping on my head when entering or exiting the tent. Given the amount of rain pouring down I thought there was a chance some water could seep through at a seam junction. As the storm raged on the tent remained bone dry and comfortable. I am confident in saying that after having put the Elixir to the test, it will become known as Hubba’s very capable and valued priced brother. 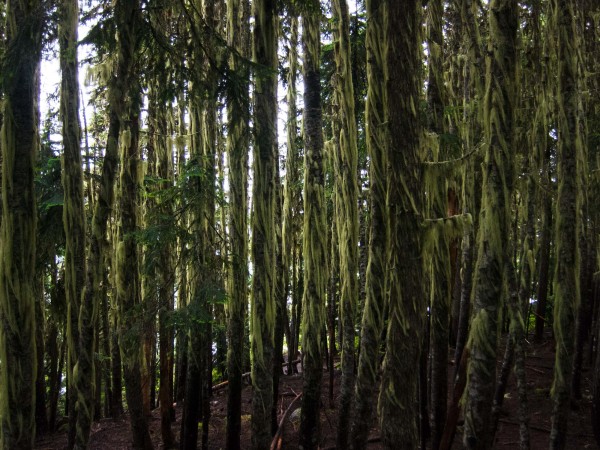 The next morning, we woke up to snow dusted peaks. After a hearty breakfast and a few more casts we started down the trail. Radio reports said Whistler and Blackcomb received 30 cms of new snow overnight. As we made the short drive south to Squamish, I couldn’t help but appreciate the adventure we had just finished. I enjoy planning and executing larger expeditions but there can be just as much fun and reward in exploring close to home. Sometimes it can be easier to plan that next big trip and overlook the adventures waiting in your own backyard.