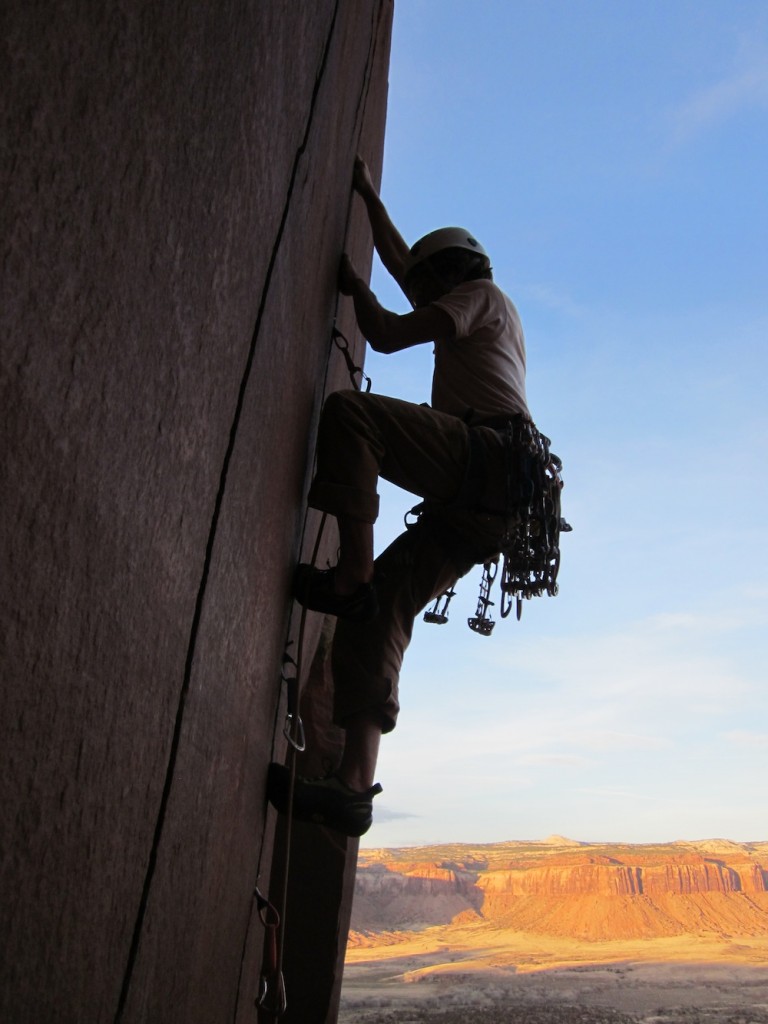 Mark and I were young college kids in search of gold in the Western Colorado red rock desert. Gold as a metaphor of course, but to us it was more valuable than gold: a first ascent, a chance to climb something that had never been done before.

We did our first-first ascent together the week before in Escalante Canyon, a haunted place that was the host to sheep wars in the Old West days, and is reminiscent of a scrappy, chossy version of Indian Creek.

Now, we were back, hungry for more. What we found was a climb called Oh Shit, well, that’s at least what we called it. Mark said, “Oh, shit” moments before taking a 30 foot headfirst whipper onto a red alien, landing just a few feet above the ground. After the whipper, he sent me up the perfect, but dirty dihedral, and I cleaned the crack off, aiding my way up and finally reaching the top of the line.

But, alas, despair, there was already an anchor. This was not a first ascent. Maybe a second ascent, but who cares about a second ascent? Worse yet the “anchor” was a small block wrapped with webbing that was older than we were. Reluctantly, we began our careers in anchor replacement, and placed a proper two-bolt anchor next to the sketchy relic from the 1970s. 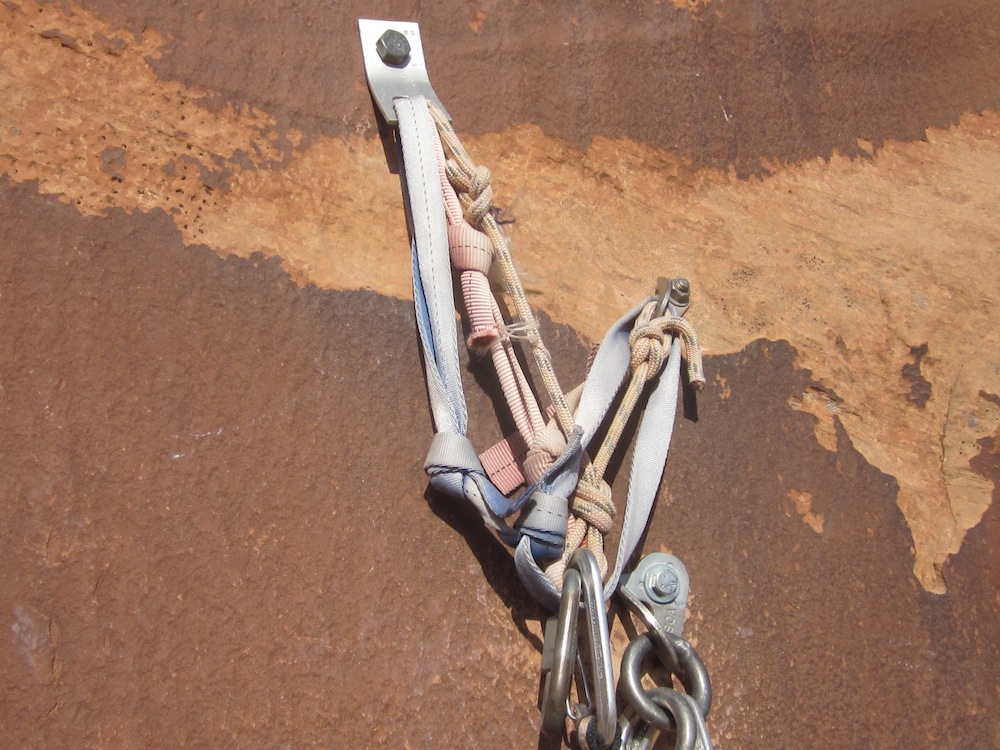 We climbed in Escalante Canyon because we lived in Gunnison, and we wanted to climb in winter. (Gunnison is one of the coldest cities in the Lower 48.) Later I moved down to the warmer climate of Durango, two and a half hours from Indian Creek, and Mark moved way down south for his winters, running a guide service out of El Potrero Chico, Mexico. To this day we both continue to replace bad anchors, with significant help from the American Safe Climbing Association (ASCA). 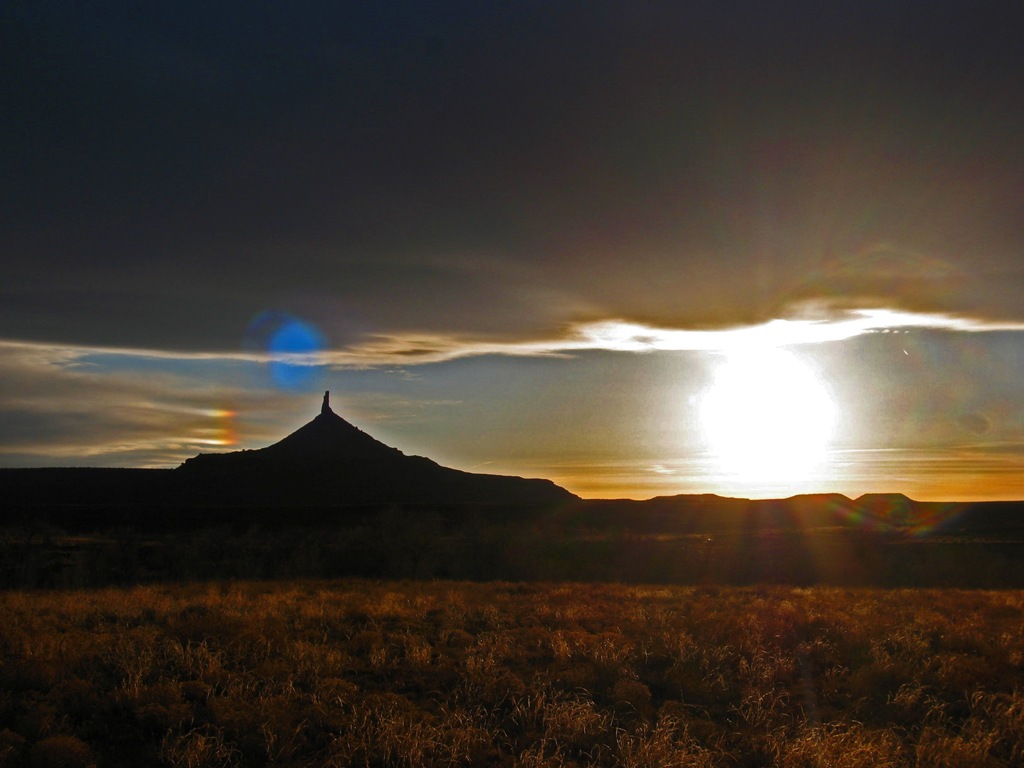 There is magic within the red rock walls of the Colorado Plateau. It’s easy to experience the feeling while climbing in Indian Creek. After years of climbing there and writing about the place, I also began to feel a deep appreciation for those who give back, the people and groups who build trails, raise funds for proper places to poop, communicate with the governmental agencies who set the rules for our experiences, and work with the ranchers who have been there long before any climbers were.

I also started to notice how much maintenance the anchors needed. Some of the original pioneers of Indian Creek only placed single bolt anchors. While none of those anchors exist on popular lines, often someone would just add webbing and an additional bolt. Then as the webbing became sun soaked and weakened, more webbing would be added. Quicklinks and chains become worn through from unnecessary toproping. 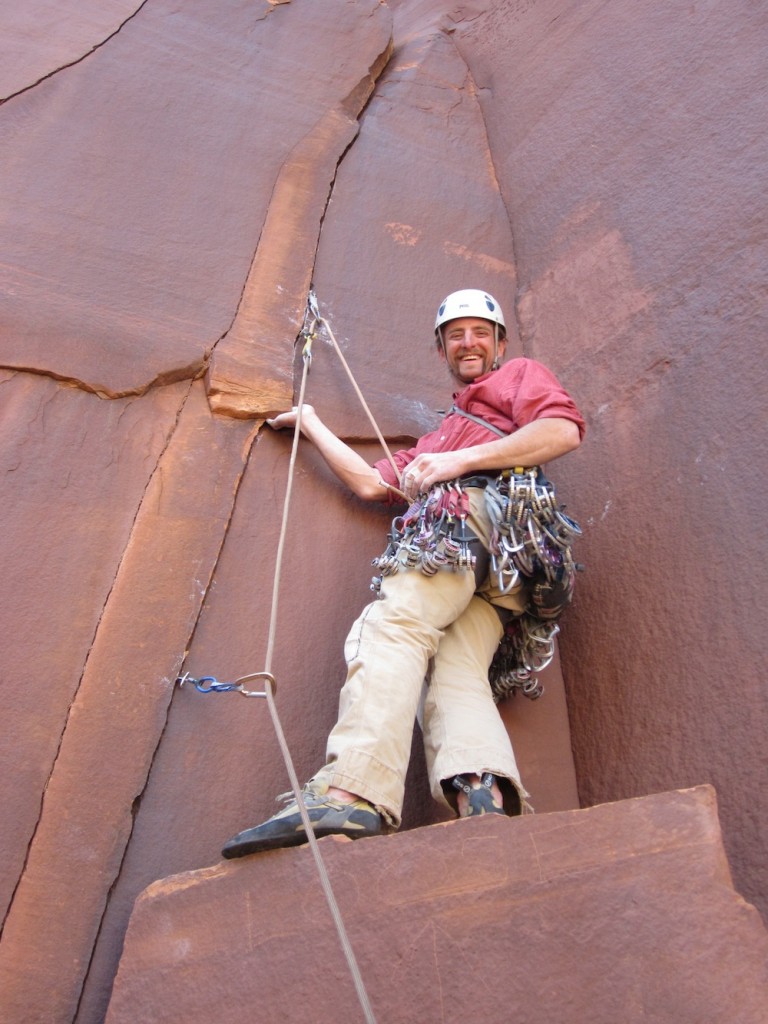 So, I and some friends started lugging up a hand drill kit with some quicklinks and chains to the crag. We started by focusing on one of our favorite crags: the Broken Tooth Wall. Incredibly classics like Broken Tooth, Polygrip and Rock Lobster all needed maintenance. The upgrades were simple: remove the old webbing and replace it with camouflaged chains, replace worn quicklinks with new ones, add a bolt if necessary, so that there were two solid expansion bolts in each anchor. One by one we made our way through the wall, and while a couple of routes still need some upgrades, by and large the crag is better than it was a few years ago. Fellow climbers appreciate the efforts, and while it takes some time away from a day of climbing, the feeling of giving back to our community—our common-unity—is worth it. 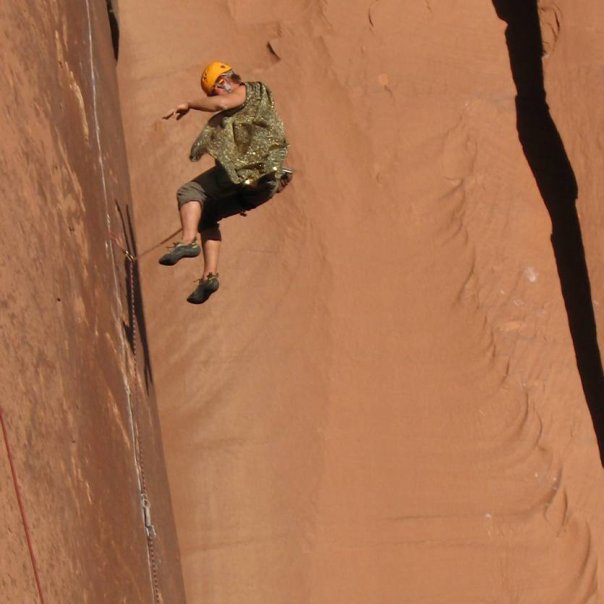 Here’s some more information on the American Safe Climbing Association (ASCA) that has spearheaded the replacement of thousands of bad anchors across the country:

The ASCA has replaced bad bolts on some of the most classic climbs in the United States including: The Nose, Astroman, Central Pillar of Frenzy (all in Yosemite), and Levitation 29 (Red Rocks). They raise funds through individual donors and an annual fundraiser at the Planet Granite climbing gym in the Bay Area. Speakers have included Tommy Caldwell, Chris Sharma and Alex Honnold.

According to ASCA Director Greg Barnes, one of the current major issues is rusted bolts at sport climbing areas. “A lot of the early areas didn’t use stainless steel bolts and now they are rusted, and dangerous. First and foremost we recommend using stainless steel bolts.” 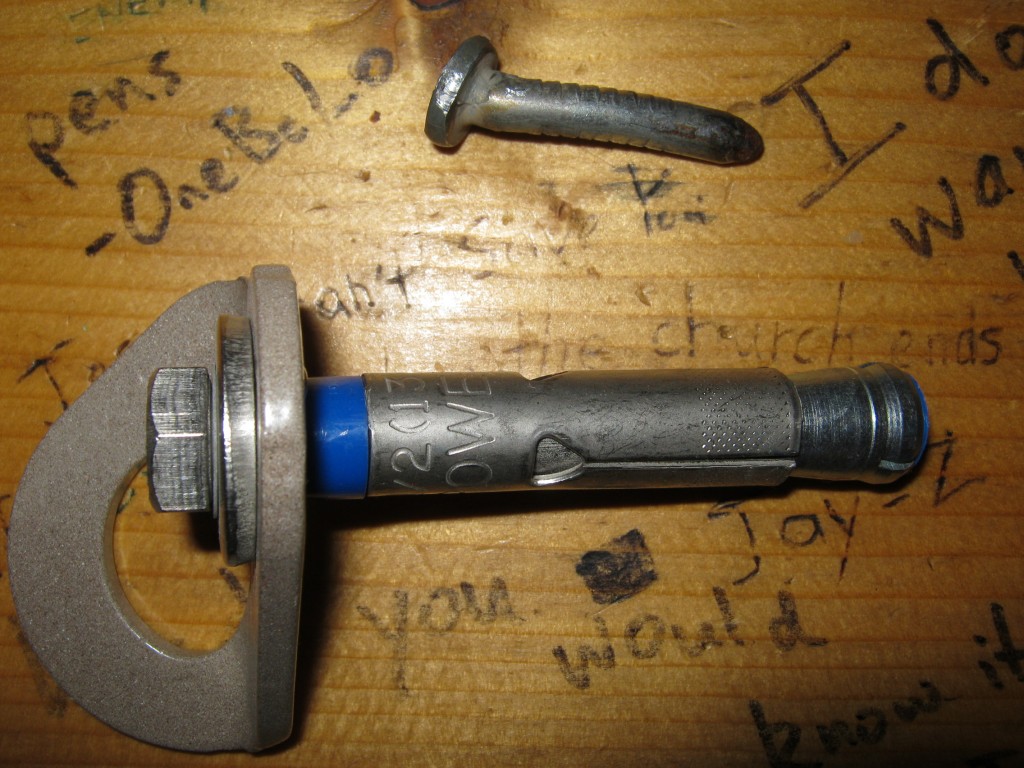 Barnes has replaced countless bolts himself, and is the liaison to those across the country who maintain their local areas. “We have many climbers who replace a few bolts now and then, and a few climbers that replace a lot of bolts. Bolt replacement is highly dependent on partners, time and weather,” he says.

Barnes also recommends the use of common sense: “If bolts look sketchy back them up. I can’t count the number of times I’ve seen a super sketchy anchor that someone rappelled off of when they could have easily backed it up with a nut or cam. Is your life worth 60 dollars?”

More information can be found at their website: http://www.safeclimbing.org/. Donations can also be made at the site, or by mail at PO Box 1814, Bishop, CA 93515.

Luke Mehall is the publisher of The Climbing Zine and the author of Climbing Out of Bed. His second book, The Great American Dirtbags will be published this spring from Benighted Publications.