In 1991, MSR took the plunge into water products to answer the needs of backcountry travelers asking for more user-friendly and trustworthy solutions to gathering safe drinking water. One of these initial offerings was the MSR Dromedary™ Beverage Bag, a rugged, collapsible bag to tote your water as you roamed. The other was the now-legendary WaterWorks Total Filtration System—a highly engineered pump filter that was more effective than other filters of the day and so easy to use it changed how people filtered water. The MSR MiniWorks EX Microfilter is its evolutionary descendent and remains the world’s favorite backcountry filter for its plain and simple workhorse reliability.

The WaterWorks filtration system was built with four progressively finer filters that delivered pharmaceutically sterile water, without chemicals. The first element was a porous foam prefilter that stopped large particulates from entering the system. Water then passed through a stainless steel wire mesh screen that trapped remaining particulates like silt and algae. Next, an activated carbon core removed bacteria, protozoa and errant chemicals and pesticides. Finally, water flowed through a 100% tested, pharmaceutical-grade membrane filter that removed the remaining bacteria. This succession of smaller filters extended the life of each element and also made the WaterWorks the most effective filter on the market. 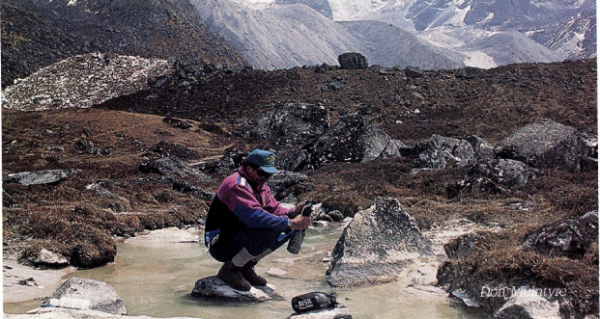 Field maintainability and ease of use were also paramount to the MSR engineers. “Even the most effective filter is not of much value if it is cumbersome or difficult to use,” they wrote. “The WaterWorks will be a welcome relief to the experienced user and a pleasant surprise to the first timer.”

The WaterWorks required no special tools to service in the field—it simply unscrewed for access to each filter element—making it wonderfully convenient. This filter was also easier to pump than anything else out there. Unlike other filters that resembled bike pumps, the WaterWorks featured an ergonomic handle that offered a high degree of leverage, requiring far less effort. In addition, a check valve inside the filter used residual pressure to force water through the filters even while drawing water in. These features meant the user could pump out clean water remarkably fast—one liter in less than 90 seconds—and get on with their adventures.

The WaterWorks also offered innovative features like the ability to connect directly to the Dromedary Bag and standard widemouth bottles. With its expedition-grade durability, it was simply “everything you could ask for in a filter.”

In 1994, the WaterWorks received a significant upgrade that changed the game in portable water treatment. Recognizing the benefits of ceramic, MSR engineers added a ceramic cylinder around the filter’s carbon core, making the WaterWorks better for large groups and truly tough water conditions. Ceramic had smaller pores, so it filtered more thoroughly and protected the membrane element from clogging as quickly. Ceramic could also be easily abraded to clean it for “flow rate recovery”.

The WaterWorks was the first of its kind to combine the benefits of carbon and ceramic. Together, they offered greater effectiveness, longer filter life and reduced chemicals and bad taste. This upgrade also allowed the screen filter to be removed, streamlining the filter’s design.

Now the WaterWorks could handle the most demanding backcountry conditions and was able to filter five times more water than others before clogging. It was intended, the engineers wrote, for “serious outdoor enthusiasts.”

MSR’s expertise in ceramic technology grew and in 1996 MSR introduced its premium Marathon Ceramic element, which debuted in both the WaterWorks II and a brand new compact filter—the MSR MiniWorks Microfilter.

Boasting the Marathon, the MiniWorks offered superior water treatment suitable for backcountry travelers, without the final membrane filter that made the WaterWorks larger and heavier. 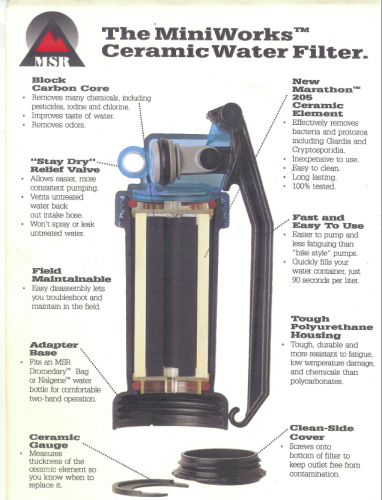 Extruded in-house at MSR’s Seattle factory, the Marathon Ceramic filter was rigorously tested beyond the requirements set by the EPA for bacterial removal. Its claims were based on tests performed at maximum flow rate and with minimal wall thickness. Because water treatment devices aren’t regulated, MSR engineers were frustrated with the industry’s acceptance of lofty claims and poor quality. “We are committed to pursuing and supporting more rigorous and meaningful portable water filtration industry standards,” they wrote. To further that commitment, in 1997, MSR acquired the equipment for an in-house microbiology lab in order to perform on-site quality tests and conduct research.

To backcountry users, the MiniWorks became the go-to filter, featuring expedition-grade quality. It offered a simple and reliable way to get clean, clear drinking water no matter the conditions, all at a mere 7.8 in. and 14.3 ounces.

In 2003, the MiniWorks EX received AirSpring Accumulator technology, which allowed it to pump water 45 percent faster. This engineered pocket of air in the filter housing acts as a cushion, expanding and compressing as the user pumps. As the air pocket compresses, it stores the effort from the pump. On the handle’s out-stroke, the air expands, pushing the water through and adding efficiency.

With its hardworking, simple design and trustworthy effectiveness, more speed was all the MiniWorks needed.

And who wouldn’t want that? 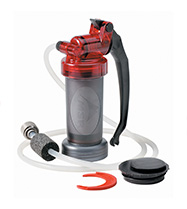 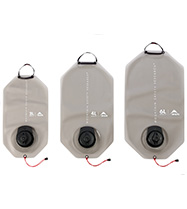 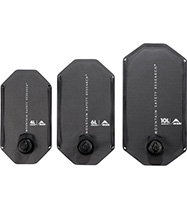